ESPN goes to the beach for Super Bowl LV coverage 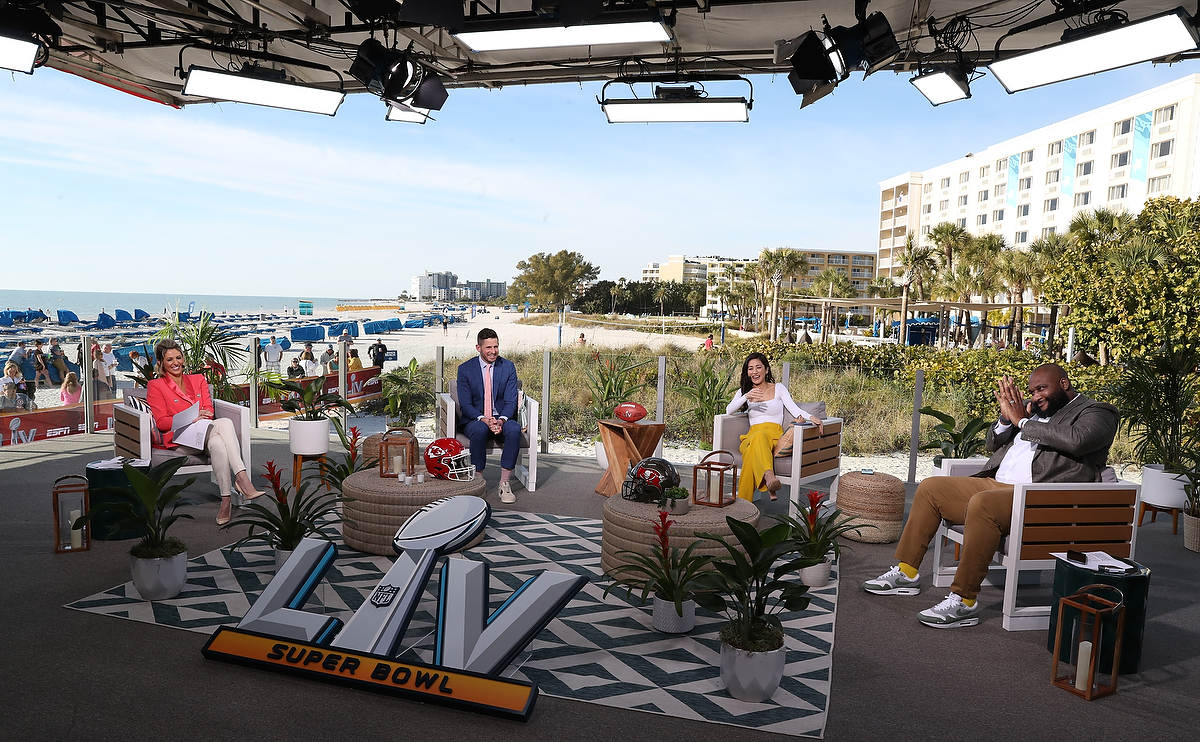 The move marks the second Super Bowl in a row the network has been beach-side for its wraparound coverage, broadcasting last year from Miami Beach.

Outside the TradeWinds Island Grand Resort, with views of the Gulf of Mexico, ESPN’s primary studio home is inside a 30×40 foot stage from MB Pro Sound, notes Sports Video Group. 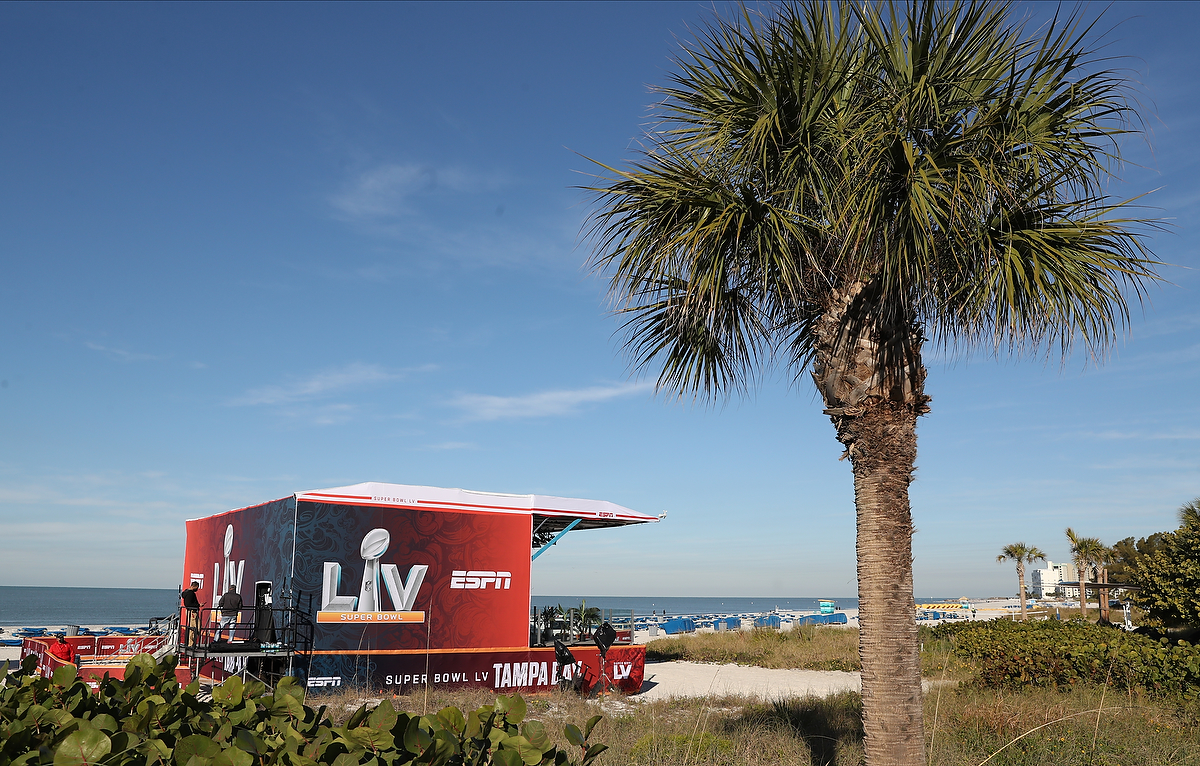 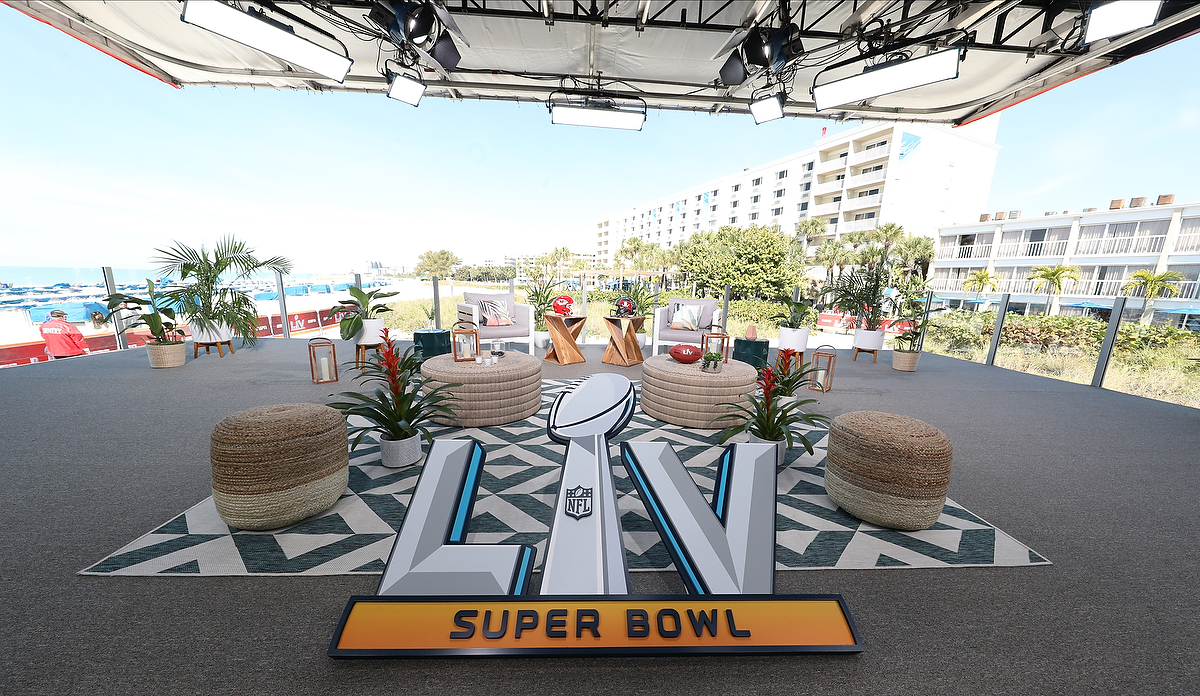 This stage features a variety of beach-themed decor, as you might expect, but is missing a key element from year’s past, a desk. This change was due in part to allow for the social distancing of talent.

The area around the stage, where fans would normally gather at a faux football field for demonstrations by talent, is also restricted unlike past events, which would have a more party-like atmosphere.

ESPN’s “NFL Live” and segments of “SportsCenter” are coming from this location with NEP providing production support.

At Raymond James Stadium, meanwhile, ESPN has brought the same stage used by “Monday Night Countdown” with a small desk.

CBS Sports Network meanwhile has both a desk and an informal seated area at its broadcast site.