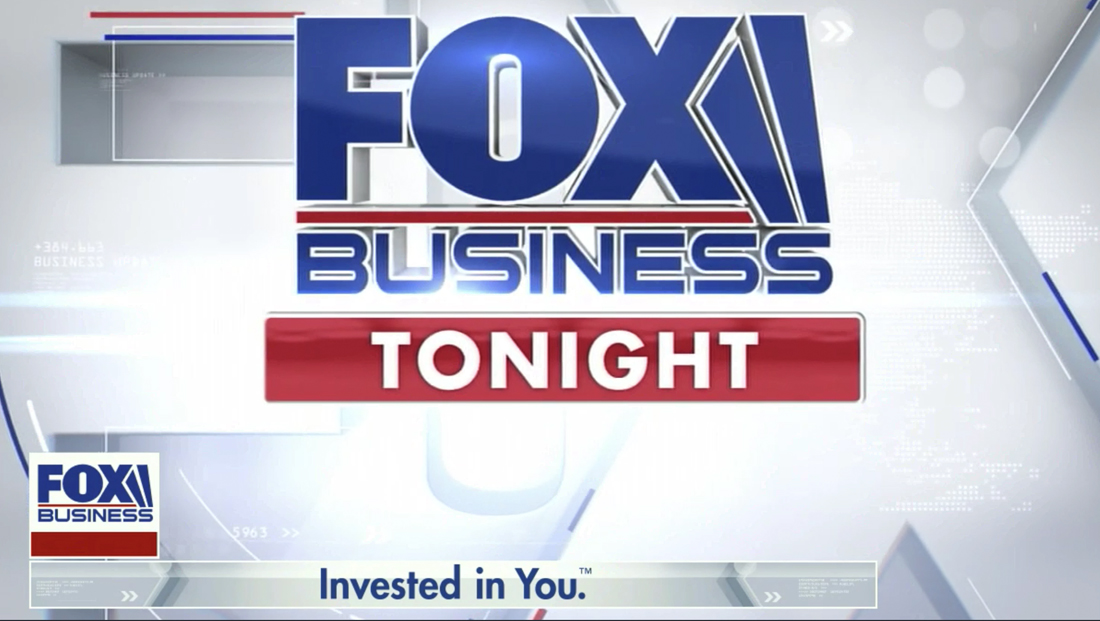 “Fox Business Tonight” has been billed as a “placeholder” program with rotating hosts until a permanent 5 p.m. eastern format can be named.

The network created a look for the show heavily based on the designs used throughout the network — namely angled red, white and blue elements.

The show logo itself uses the network logo atop of a red bar with the word “Tonight” set in the sans serif typeface both Fox Business and its sister network use as a primary font.

Given that the show may ultimately end up being temporary, it’s not surprising the network didn’t create a full out look for it. Both Fox and other networks have taken this approach with temporary programming, sometimes redesigning the look later if the show title becomes permanent.

Fox Business announced Lou Dobbs’ self titled show would be canceled Friday, Feb. 5, 2021, one day after the network was named in a $2.7 billion lawsuit over comments Dobbs and personalities made about two voting technology companies.

The other company has not named Fox directly in its $1.3 billion lawsuit, but did name Rudy Giuliani, who made false claims on the channel and other right leaning networks.

Fox billed the cancellation of its business network’s top rated show as part of the normal shift in programming strategy after a presidential election.

Correction: This story has been updated to clarify that Fox was not named directly in the $1.3 billion lawsuit brought by Dominion, although Rudy Giuliani did make the false claims on Fox programming, among other channels.