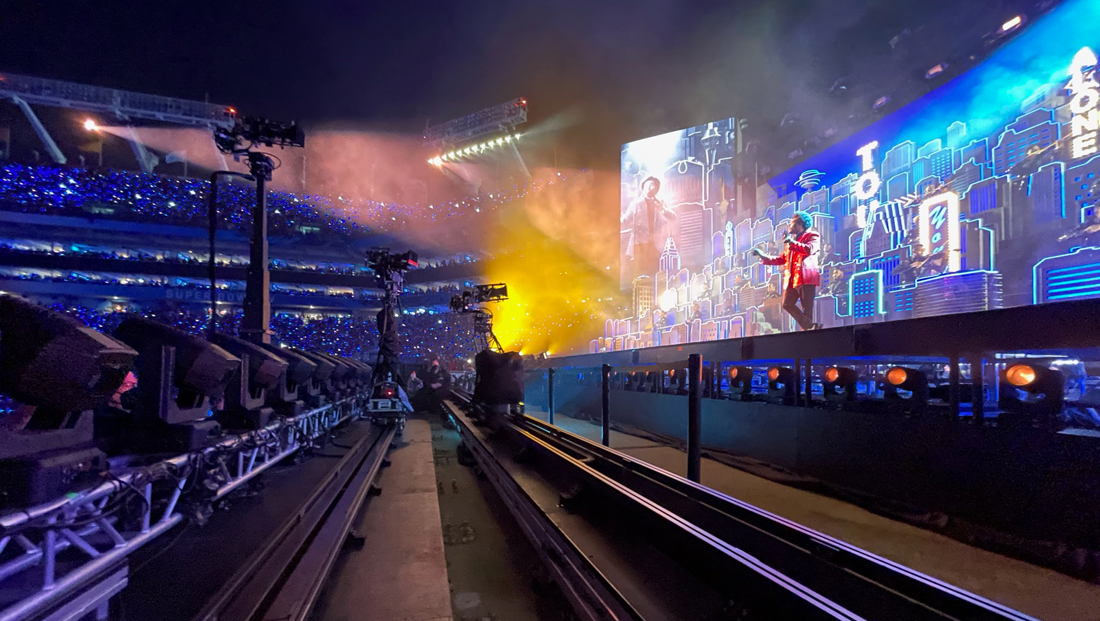 RailCam Robotic Systems provided one Mini-C and four Newton stabilized heads mounted on telescopic towers and rail systems placed around the stage of the Super Bowl LV halftime show with artist The Weeknd.

For Super Bowl LV, Railcam provided both the technology and trained technicians to operate the system in close coordination with the technical director and rest of the production team. 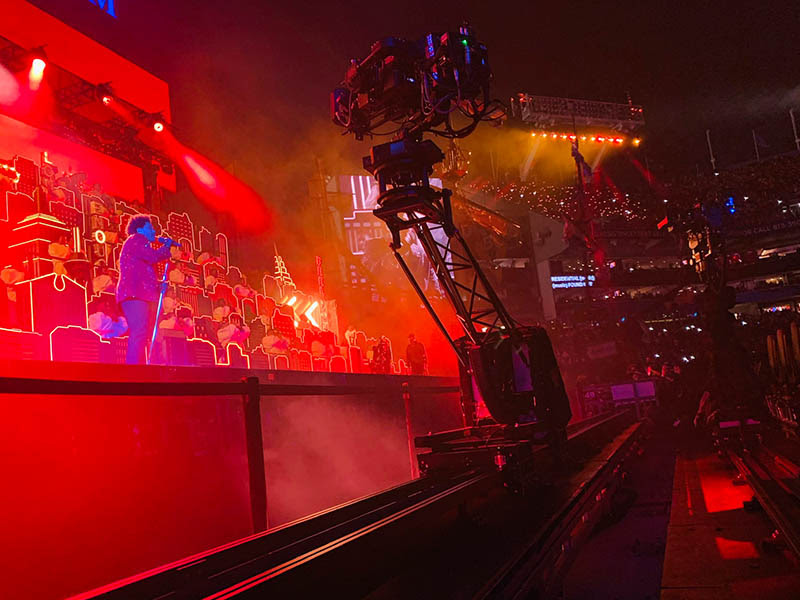 One of the Newton units in operation.

These technicians operate the system using tower and rail system with their feet — one foot controls left and right movements and the other moves the apparatus up and down.

Then operator uses one hand to control camera pan, tilt and roll and the other is in charge of zoom and focus. 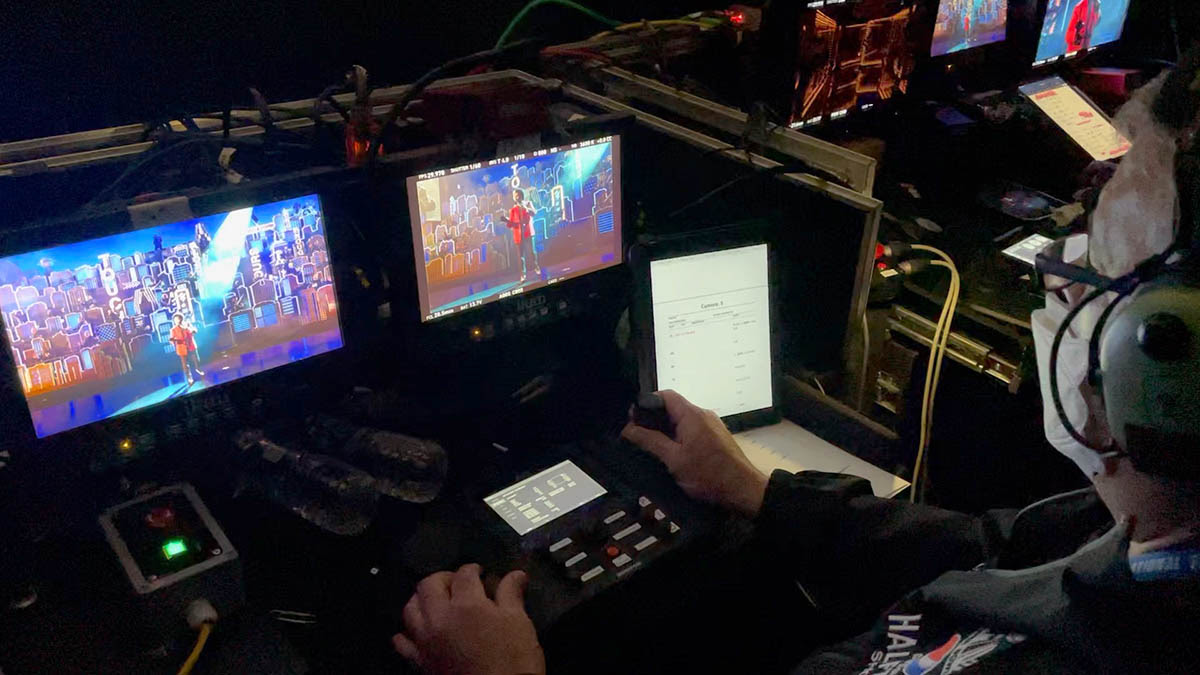 Unlike other robotic camera systems, RailCam emphasizes the importance of not using preprogrammed movements.

“Many people think programmed moves is a great idea until the artist walks faster or stops for a second and the camera keeps on going right past them,” RailCam’s Brian Sheid said in a statement. “Also, the magic behind a robotic camera not looking too robotic, is to have a human operating it.”

Being used at one of the biggest TV events of the year also means reliability is key — and RailCam systems have been engineered to meet the demands. 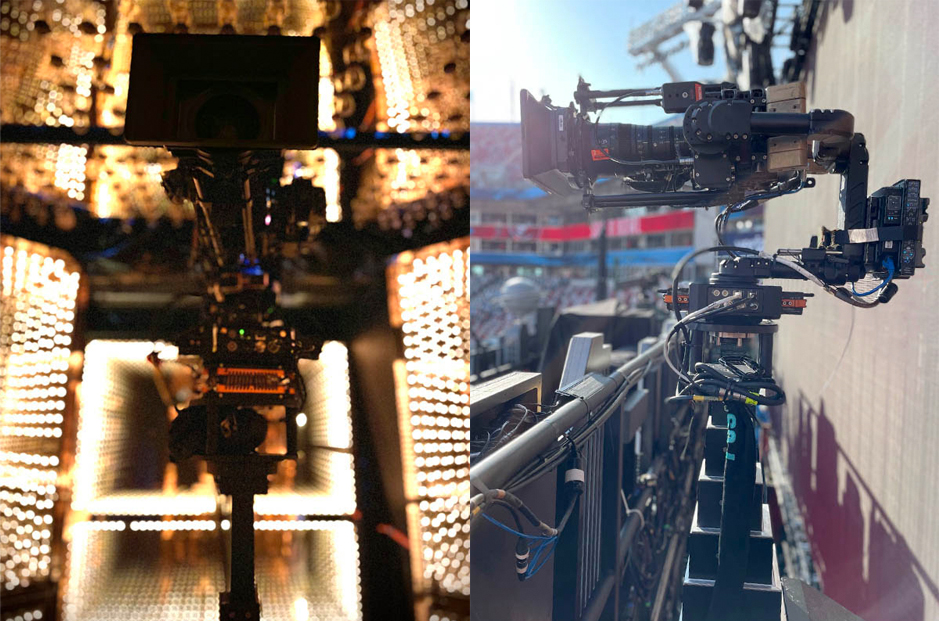 “All dolly systems and heads performed flawlessly during the show and we are very happy with the performance,” Sheid noted. “For example,the Newton heads are something I never really have to worry about. It’s a piece of equipment I can trust, which makes my job easier and protects my company’s reputation.”

“Like now when we broadcast the opening shot of the Super Bowl halftime show, you’ll never get a second chance at that. As a technician, you develop certain confidence in a piece of equipment. Your job is to keep everything working, so you obsess over the things that might stop that,” added Sheid.