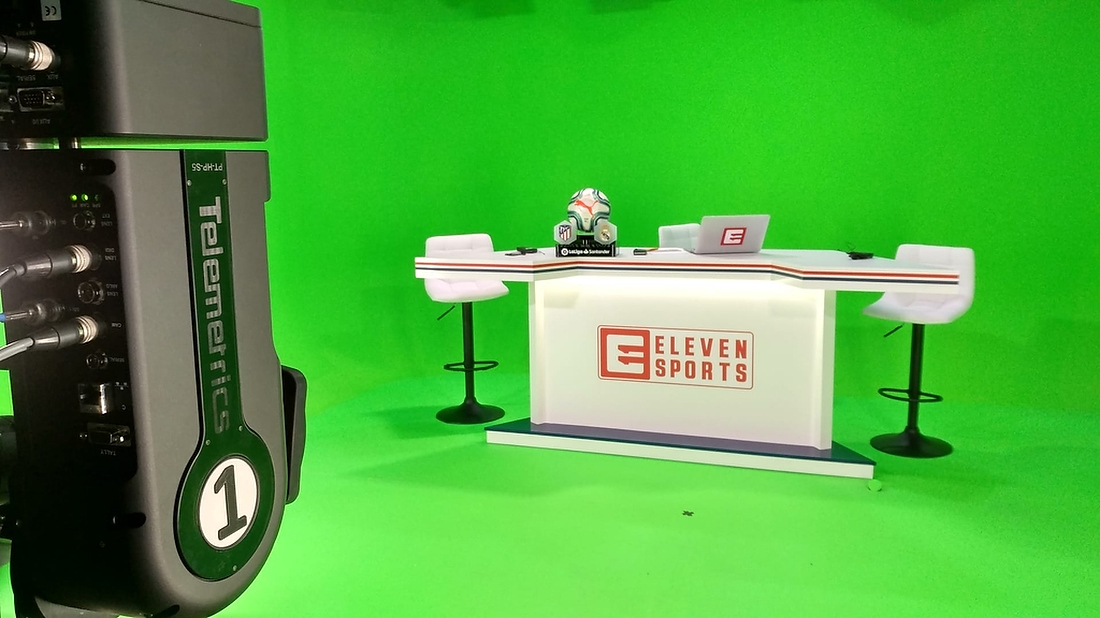 Full-service production and playout service company wTVision has a virtual studio powered with robotic camera control systems within its headquarters in Lisbon that’s designed for a wide range of productions. Eleven Sports Portugal, a premium cable, satellite and IPTV television network with six premium channels and an OTT service, has become the first client for the new studio and it’s now using it for several productions.

Vantec S.A., a local system integrator and broadcast equipment reseller that was responsible for the design and completion the project, installed a full complement of robotic camera control equipment from Telemetrics in wTVision’s virtual studio to enable Eleven Sports to go live with a UEFA Champions League show.

The studio is now used regularly for a wide range of clients and the robotics technology is allowing them—including Eleven Sports—to produce more programs than they could before. A long-time client, Eleven Sports has been using wTVision’s Lisbon facility as its production and playout center, relying on the company to deliver playout automation, production and post-production services.

“We have been talking with wTVision for a long time about robotics, so when [wTVision CTO] Alex Fraser called about this project it was very clear that we needed to make it happen,” said Alexandre Roriz, CEO at Vantec S.A. “Besides a nice studio they use for Eleven Sports production and their own use, wTVision also now has its graphics and VR/AR solutions tightly integrated with Telemetrics tracking systems.” 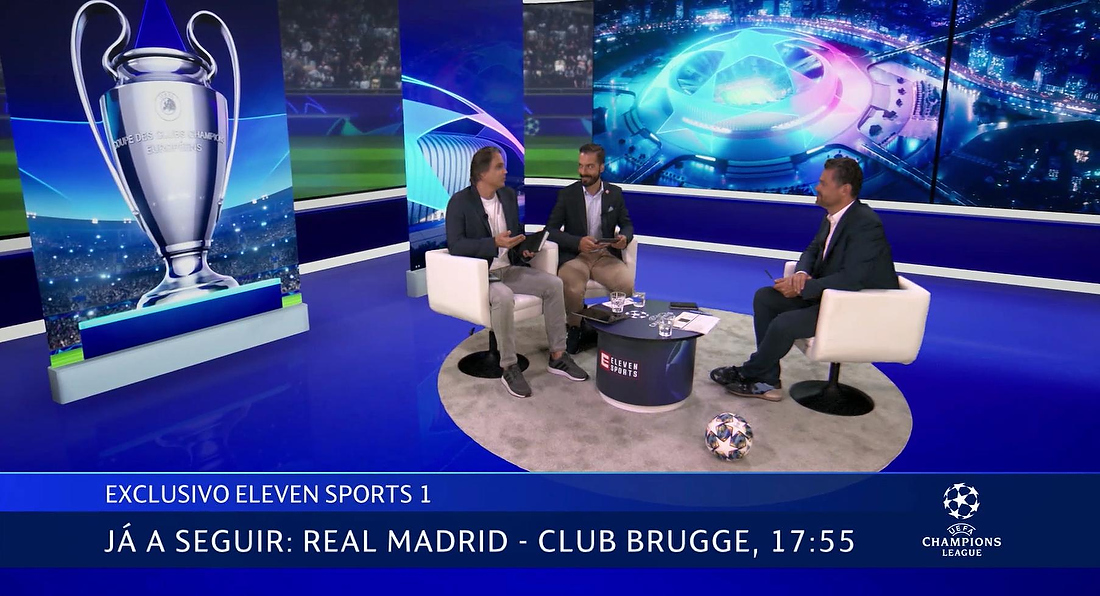 There were several reasons why Vantec chose Telemetrics to equip wTvision’s studio, according to Roriz, CEO, the main one being getting the most production value out of a small studio.

“Eleven Sports wanted to use the limited studio space in the best possible way,” he said. “The wTVision virtual studio technology in tandem with Telemetrics robotic cameras worked perfectly here because it allows Eleven Sports producers to achieve the depth required to create amazing computer-generated environments.”

The virtual set was built to offer wTVision clients the most versatile camera setup possible to enhance the quality of the shows produced there, Roriz said. This included installing three Telemetrics PT-HP-S5 pan-tilt heads around the studio, one of them is a center ceiling camera on a Telemetrics TG4M TeleGlide™ robotic camera dollies and a 10-foot track to provide the desired height range of the included EP-6M Televator™ column. This helped maximize the travel distance of the camera dolly. In addition, by including the descending Televator column it gave producers the widest camera motion range and creative possibilities for the small studio, making it look larger on air.

The ultra-precise servo-mechanics of the Telemetrics pan/tilt heads provide smooth motion and accuracy of 0.016º, making them ideal for virtual set applications like this one.

All of the camera robotic systems are controlled by a new RCCP-2A Remote Camera Control Panel that provides the director with the ability to design and store as a preset in the control panel unique camera moves ideal for each situation. This helps Eleven Sports create new looks for each show they produce.

“Each set being used has individual attributes which help support a particular show, so being able to design camera positions and complex combinations of elevation, travel and zoom is a big plus,” Roriz said. “This gives the director easy access to otherwise extremely complex coordinated camera motion in a precise repeatable manner.” 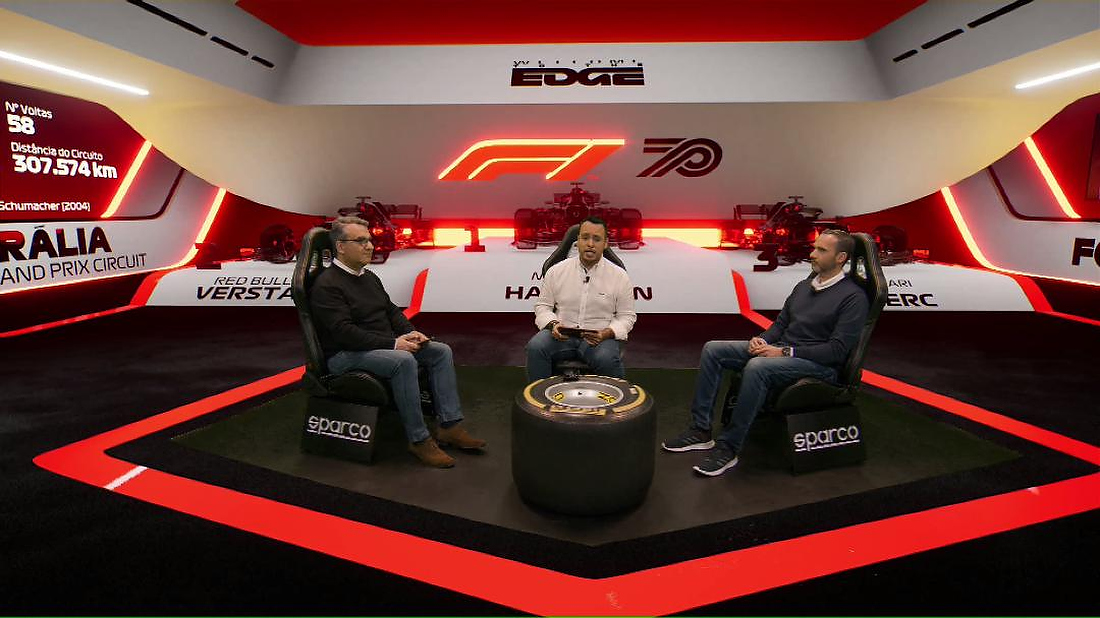 The latest generation of elevating camera pedestals from Telemetrics (the EP8) now includes new hardware that allows the robotic camera trolley to travel faster and quieter along the TeleGlide track. Reliability has also been improved. The EP8 can be securely mounted on the OmniGlide or camera trolley for virtually unlimited camera motion on air.

“Eleven Sports Portugal has now put show production in the hands of the director or assistant with extreme precision,” Roriz said. “The Telemetrics systems make the shows easier to produce. The large tally indicators on the Telemetrics camera heads offer a lot of return channels that are fed back to the studio to provide the necessary feedback to the talent. This helps create well-coordinated and efficient productions with no camera operators.”

“The beauty and reality of the sets along with the flexibility of the director, the introduction of a new show or set and the capacity to change on the fly when needed, are the most important factors for us,” said Paulo Ferreira, Global Sales Director at wTVision.