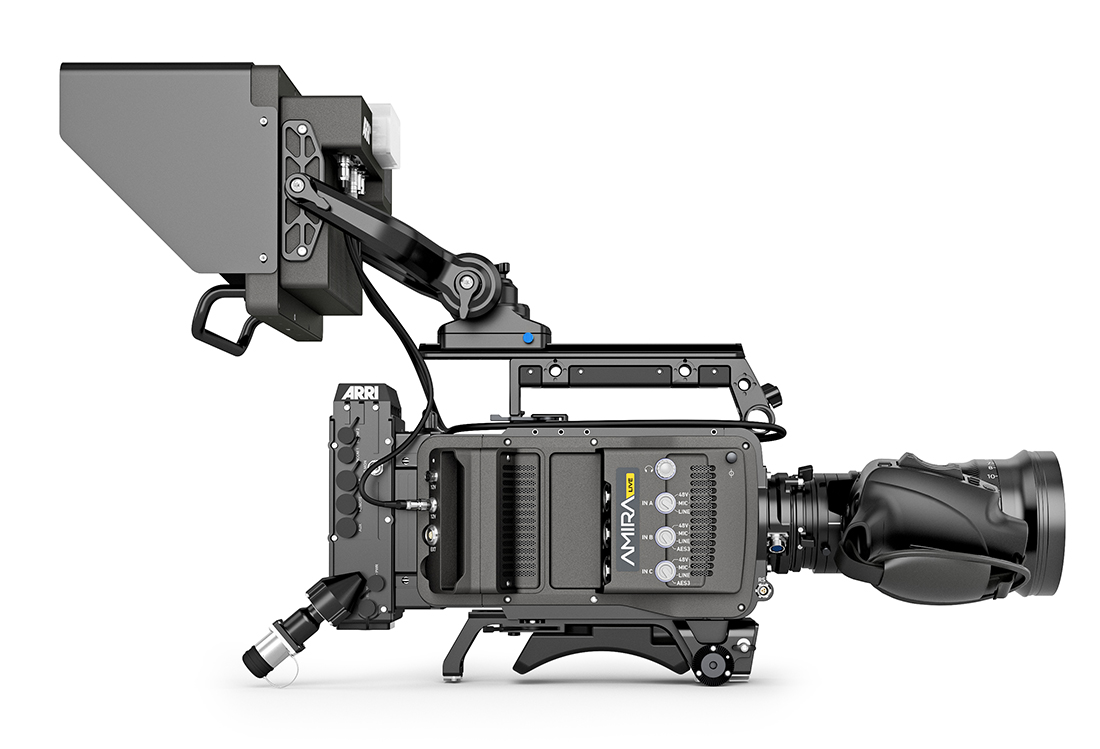 ARRI has announced a new version of its Amira camera: the Amira Live. Designed specifically for multi-camera live broadcasts, the new camera eliminates external cabling between the camera body and the fiber adapter, resulting in a cleaner and more reliable configuration for live productions.

Along with a new, feature-rich software update and the VMM-1 onboard monitor, Amira Live offers a unique combination of system camera efficiencies and truly cinematic images.

Not only does the Amira Live remove these risks, but the cleaner camera configuration is also easier to work with for camera operators.

With its cable-less design, Amira Live has more in common with the system cameras typically used for multi-camera broadcasts. However, these cameras use a 2/3” sensor, whereas Amira Live uses ARRI’s legendary ALEV III Super 35 sensor—the same sensor design as used in all Alexa cameras.

Reflecting ARRI’s system approach and commitment to continually enhance feature sets, a new SUP 6.1 software update is being released concurrently with Amira Live. Among its many refinements are improved noise reduction, increased sharpness settings range, better defect pixel correction, and faster boot-up. The update adds a green tally display to the viewfinder image and allows intercom talkback via the VTR or user button, facilitating easier communications when operating the camera from the shoulder.

SUP 6.1 also now means that no additional device is needed when using cforce RF motors to control the iris with the RCP (Remote Control Panel). This increases creative flexibility, opening up new looks by allowing the use of prime and zoom lenses designed for cinema productions with the same ease and workflow as traditional system camera lenses.

The final component of the new Amira Live package is ARRI’s VMM-1 monitor.

This versatile 10” onboard monitor connects directly to the camera viewfinder interface or can be daisy-chained with the Camera Control Panel CCP-1. It includes controls for contrast, color, backlight, and peaking (including peaking on/off switch), a physical on/off switch for the frontside tally, and two camera user buttons. Accompanying the monitor is ARRI’s adjustable, quick-release Monitor Yoke Support MYS-1 bracket, designed specifically for the VMM-1 and for multi-camera setups.

The Amira Live is available to order from today. Prototypes have already been used on professional broadcasts with the arena-filling German magicians the Ehrlich Brothers, a television talkshow, as well as David Guetta Productions.