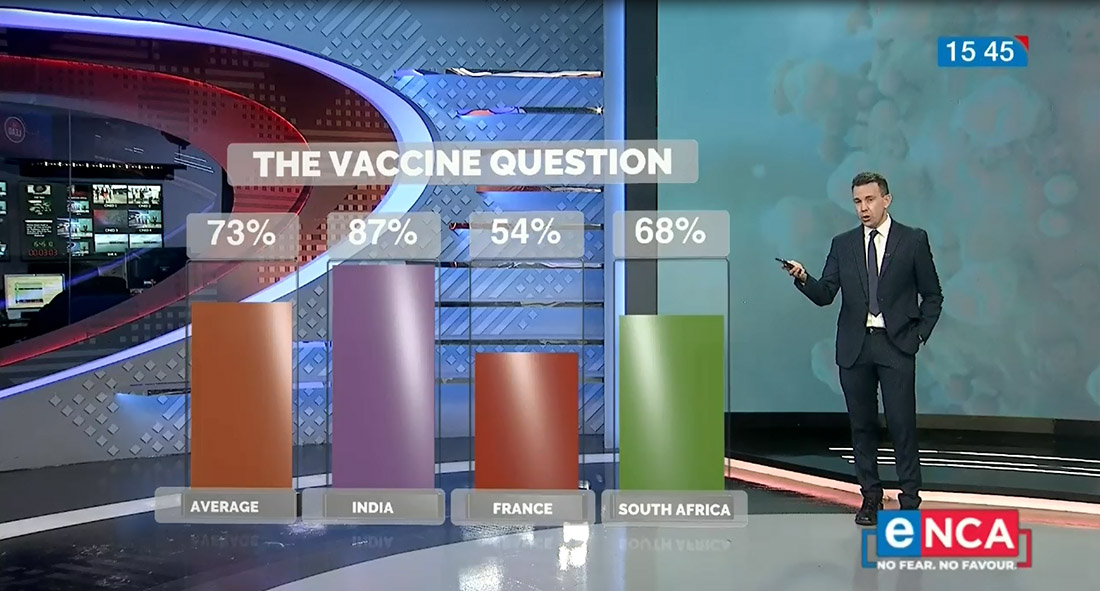 Like so many broadcasters, eNCA has recognized the value of enhancing its data reporting and visualization with augmented reality — but is able to create and air segments without specialized equipment or devoting hours to design and development.

eNCA, which is an English language channel in South Africa, is leveraging cloud-based augmented reality technology from Arti to streamline its AR workflow and get stories on air faster and more efficiently — and live.

“It really allows us to produce AR stories really quickly, on a day-to-day basis rather than having to spend days and weeks preparing something to go to air,” said Michael Marillier, a data reporter and feature producer for eNCA.

“I know a lot of international broadcasters will only do AR when it’s prerecorded,” he added. “There’s still a lot of fear and a lot of apprehension around going live with AR and we, as eNCA, just try to embrace it as much as possible.”

Marillier himself is directly responsible for authoring the mixed reality segments and doesn’t have to lean on a typical team of designers.

This lets him respond to the news cycle and quickly prepare an immersive segment that showcases relevant data using engaging AR graphics.

Making all of this possible is Arti’s cloud-based AR platform that lets content creators leverage the power of data graphics and augmented reality from desktop, tablet and mobile devices, without the need for any costly in-studio hardware. 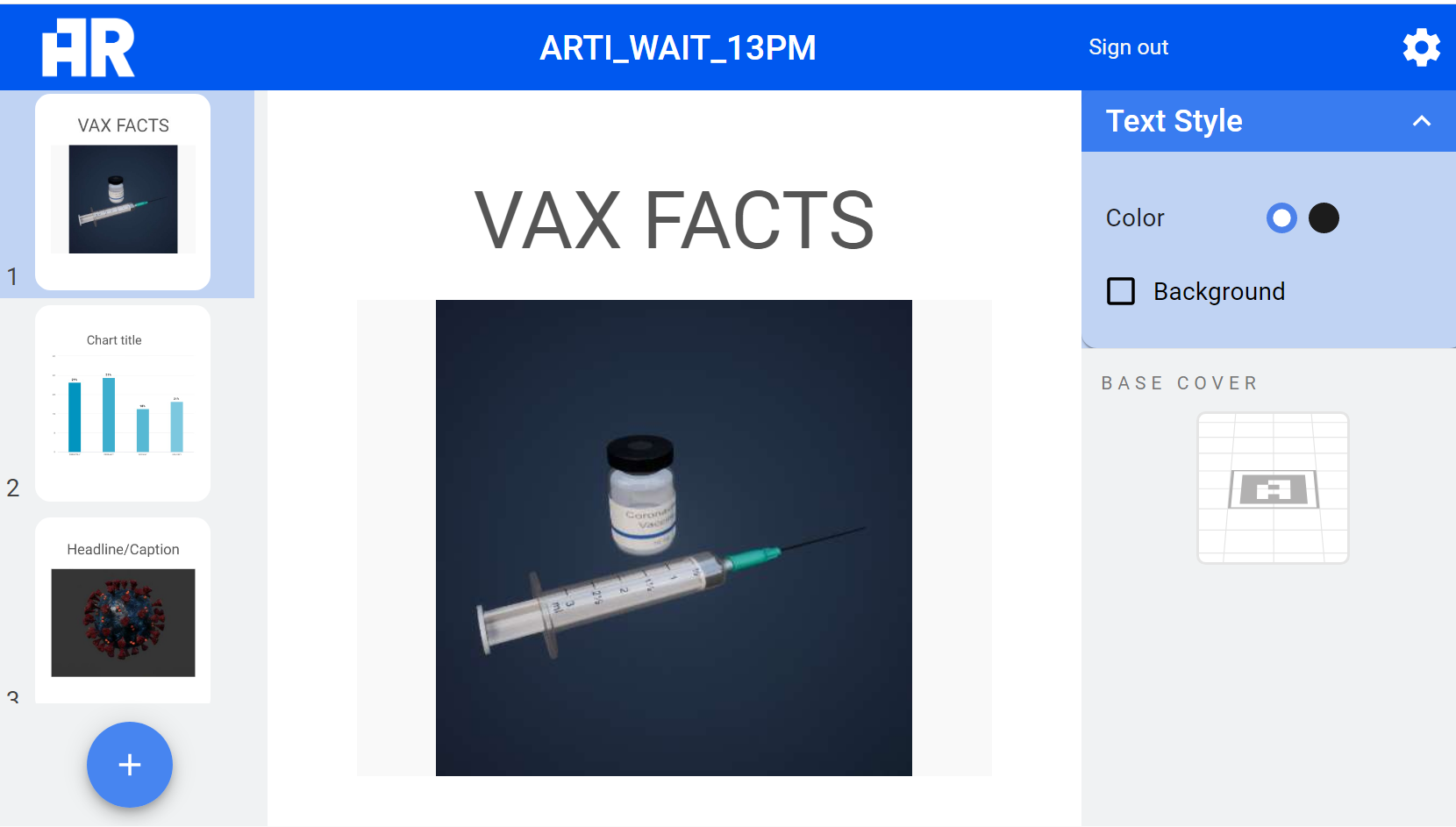 Example of Arti AR Platform where 3D objects can be prepared for use on-air.

The platform lets him pull in 3D objects from most standardized sources, while also providing built-in tools to generate 3D graphs and charts from a variety of data sources, almost like a Google Slides or PowerPoint for AR. The platform also supports integrating with real-time data and live social media feeds.

When crafting a segment, Marillier is able to manage everything from camera placement to timelines prior to air.

One of Arti’s biggest advantages, however, is that this all works without any additional equipment — there’s no tracking hardware, special rigs or special computer hardware to buy.

Talent video feeds can be from virtually any source, including consumer-grade mobile devices. This also opens the possibility for AR segments to be produced from nearly any location — including everyday offices and even home environments or outdoors. 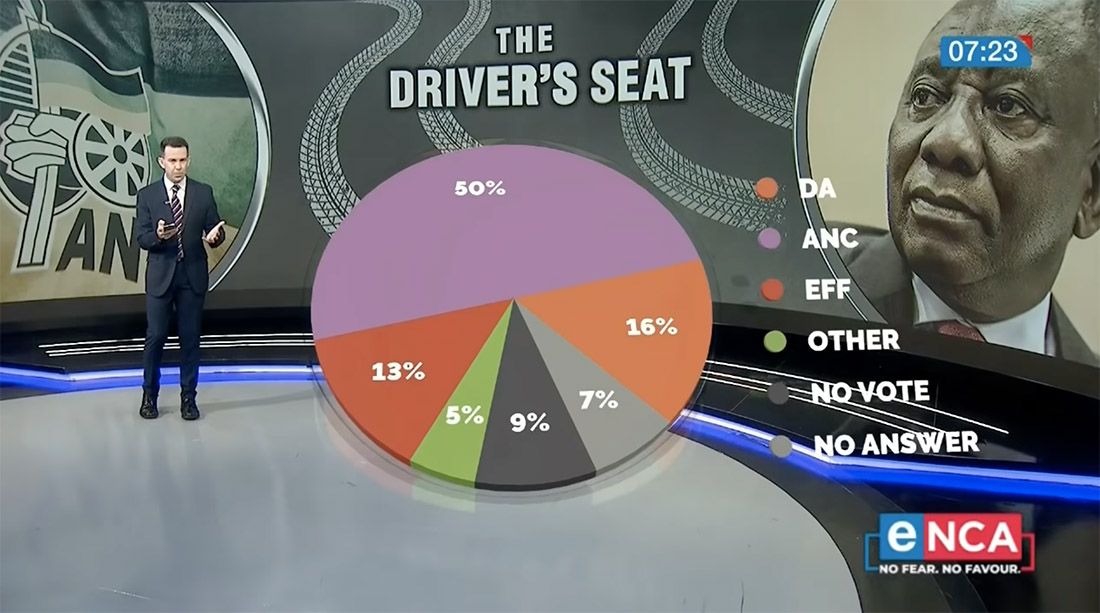 The Arti platform has also been even more extensible than eNCA and Marillier originally thought.

Initially, he pictured having to tote a laptop into the studio and needing to jump back and forth to tweak framing and object positioning — but after using the system live for the first time, they’ve switched to doing everything from their phones, including scaling, positioning and adapting pitch.

Arti has provided invaluable support and has a clear focus on making the platform easy to use, said Marillier.

Despite its simplicity, Arti works just as well for broadcasters with more advanced facilities.

In fact, Marillier has begun combining augmented reality with real views of the eNCA studio sets, including its video wall — which holds the distinction of being the largest in South Africa.

Video walls, for example, tend to be better for presenting hard data, or “number stories,” while augmented reality elements can highlight visual points made in the story.

“What we’ve actually been doing the last week or two is trying to integrate the two,” Marillier explained.

For example, a recent segment examining location data collected by Google during the coronavirus-related lockdowns in South Africa was produced in front of the video wall, which was able to both “set the scene” with background imagery, as well as showcase more traditional charts.

Meanwhile, Arti’s 3D bar charting capabilities allowed an animated graphic to appear “next to” Marillier, while a 3D lock and key and car element also “sat” next to him to illustrate the concept of residents staying at home versus being out and about.

Not only does the combination of Arti and video wall technology help present information in the best way possible, but it also gives eNCA the flexibility to easily change up visuals to keep viewers engaged.

“You don’t want to go on air and have viewers say ‘Oh, okay, it’s the graphics guy again, and he’s going to be standing in front of a wall’,” Marrillier said. 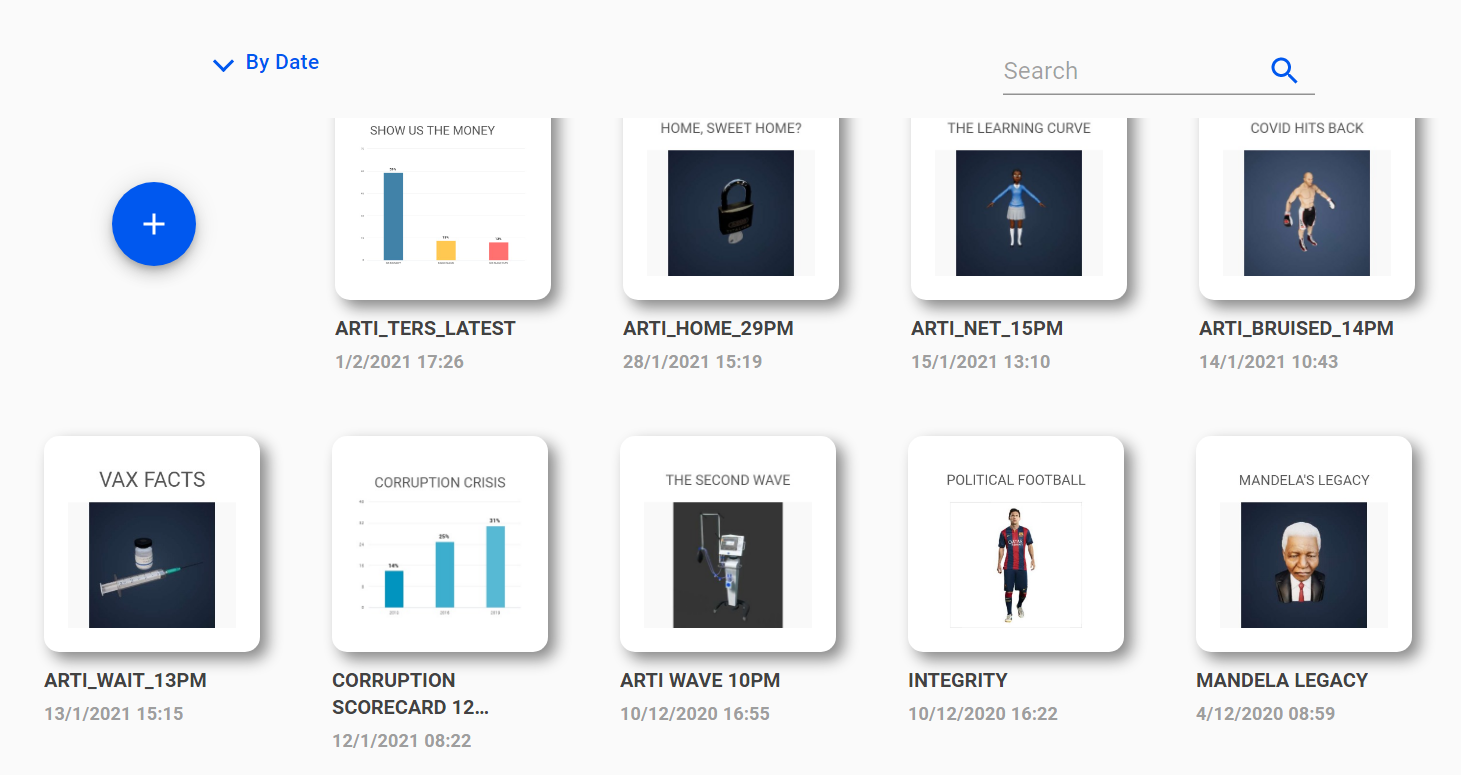 Example of the graphic library in Arti’s AR Platform.

Instead, his goal is to surprise viewers by showing them “this week my combination of tools is a little bit different than it was last week.”

“I don’t think viewers would really expect a reporter to be coming from a live scene and be able to bring up a whole lot of stats that are relevant to what’s going on at the live scene,” he noted while pondering the possibilities for live field reports with mixed reality blended in.

When the video gets shared, Marillier has noticed one of the most common responses is, “How did you do it?”

“The tech seems a little bit like magic to some viewers. So I think when viewers are asking that, then you’re doing something right, because you’re giving them something new, something they haven’t seen before.”

Learn more about Arti and how you can leverage its augmented reality platform for your organization today.