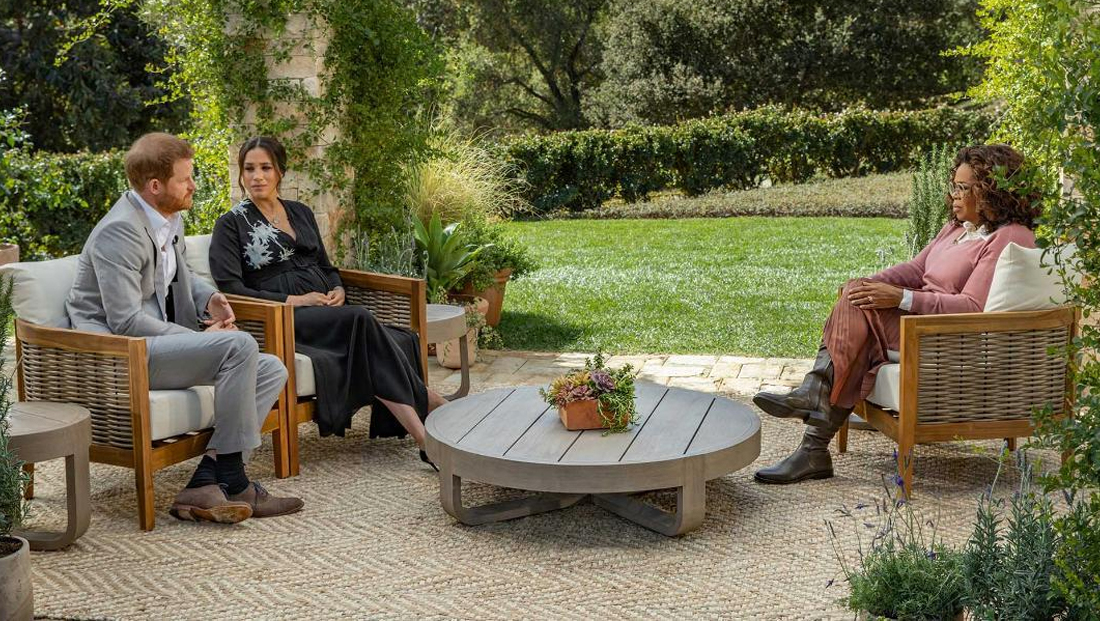 The interview, which was conducted outdoors, featured Winfrey, Harry and Markle sitting on an outdoor patio chairs that the Internet quickly fell in love with.

It was eventually revealed the set was known as Burchett Outdoor Club Chairs and is part of actor Christopher Knight’s furniture line.

The chairs are sold in sets of two for about $550 on sites such as Amazon and Overstock, but quickly sold out after the interview aired (you may be able to sign up to be notified when they come back in stock). There’s no word on when they might be back in stock, but some third party sellers appear to be offering them at higher price points.

“I am honored to have the patio chairs from my collection become the seat of the most fascinating famous sit down in recent history. It would appear Meghan and Prince Harry got ‘Knighted’ in a way never anticipated,” Knight wrote on Facebook.

Knight also was quick to point out that he did not personally design the chairs, instead giving credit to his team.

The round coffee table on the outdoor “set” is not part of the collection.

Winfrey frequently tapes interviews for her OWN shows in various outdoor settings — such as in what appears to be a forest clearing — and typically uses outdoor furniture there as well.

Some of those pieces have caught viewers’ eyes, but not quite to this level.

Outdoor interviews have become more commonplace on TV these days amid the coronavirus pandemic since it can allow for more air circulation.

This isn’t the first time chairs used on a TV broadcast have started a minor craze. The now canceled “Strahan and Sarah” talk show on ABC underwent what it dubbed “chairgate” after unveiling an update new set with mismatched chairs that viewers mostly hated.