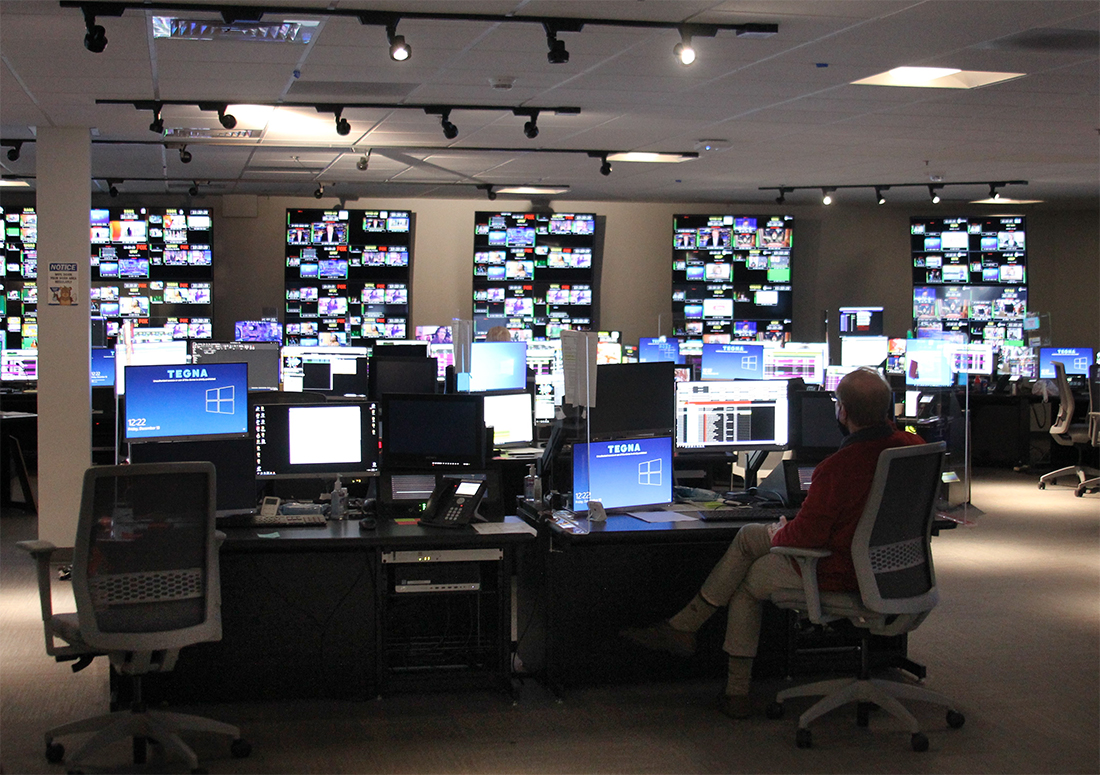 Tegna has launched a new master control hub for its 64 television stations and 51 broadcast markets.

The facility, known as the Tegna Stream Center, is based in Charlotte, North Carolina, and is designed by BeckTV to support 225 channels with 50-plus spoke-racks deployed at distributed locations.

“With the growth of our company and station lineup over the last several years, it was time to build a next-generation technology infrastructure that could support our current and future needs,” said Bill Nardi, VP of station operations, Tegna.

“The Tegna Stream Center is a technologically advanced master control design and workflow system,” said Brendan Cline, director of engineering, BeckTV. “We believed we could collaborate to design and implement the best hub in the country, and we are humbled to have been chosen to execute yet another large broadcast integration for Tegna. This has been an extensive project to date and one that reinforces our long-standing relationship.”

“BeckTV has been instrumental in helping us build the Tegna Stream Center, a best-in-class master control facility that creates streamlined workflows through a centralized operation,” added Nardi.

BeckTV has worked with Tegna on other projects including the rebuilding of KHOU in Houston after Hurricane Harvey.