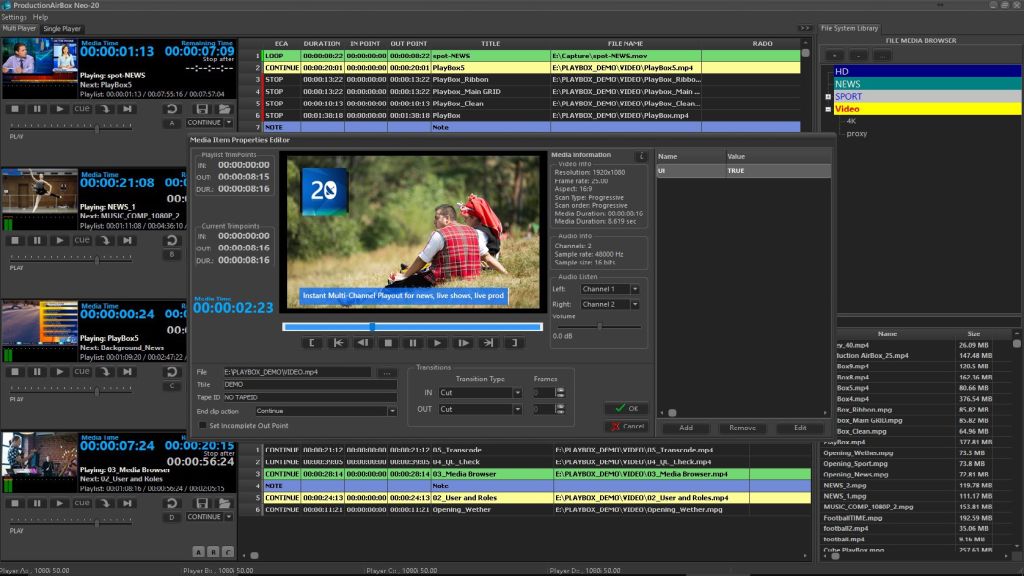 “The Octopus NRCS offers a strong feature set which has received a good reception from broadcasters around the world,” said PlayBox Neo CEO Pavlin Rahnev.

“We bridge between our respective platforms via the MOS protocol which allows content archives, graphics manipulation and character generation to be performed directly from the ProductionAirBox Neo-20 graphic interface. The process is intuitive with all relevant parameters clearly displayed.”

ProductionAirBox Neo-20 includes features for live production, including the ability to trim or reposition every clip in a playout while the scheduled session is on air. Playout position can be changed on the fly. The unit also can be configured with up to four independent players and import a range of file formats and resolutions.