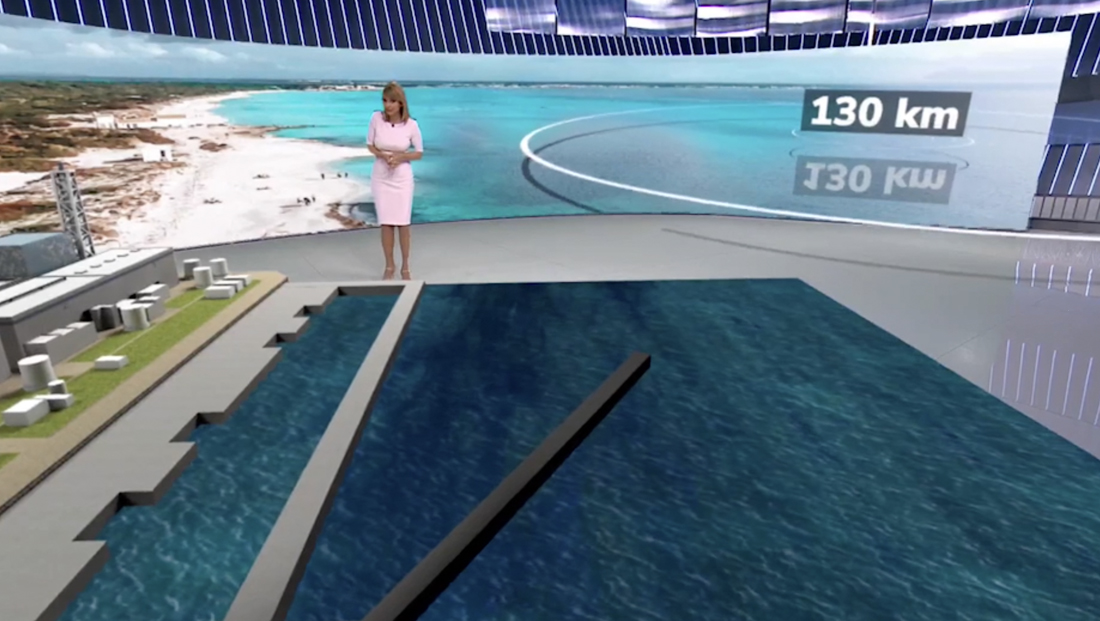 Telemadrid mixed in augmented reality elements on the floor of its sprawling, video wall heavy studio to mark the 10 year anniversary of a major nuclear power plant disaster in Japan.

The Fukushima Daiichi Nuclear Power Plant (福島第一原子力発電所) was heavily damaged by a tsunami triggered by a major earthquake off the coast of Japan March 11, 2011. This lead to massive failures throughout the plant, which is being decommissioned.

Telemadrid used augmented reality storytelling to spotlight the geographic relationship between the storm surge and the disaster — as well as the resulting damage and injuries.