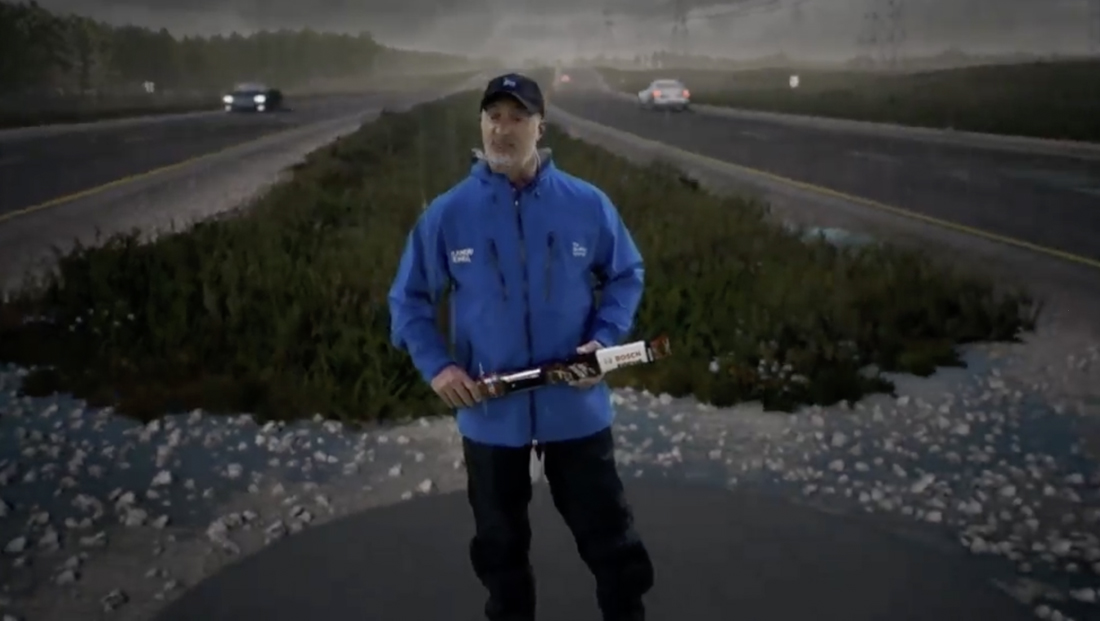 Hosted by Jim Cantore, the segment spotlighted how weather can affect visibility while driving and explained how beam blades offer better performance compared to traditional blades.

Bosch, along with many other companies, manufacturers a variety of windshield wiper blades for automobiles, including the beam ones highlighted in the segment.

It also conveniently reminded viewers to replace wiper blades regularly as a virtual car pulled into the driveway “next” to Cantore.

The segment itself did not mention Bosch by name, but The Weather Channel confirmed it was a sponsored segment in a statement.

Terms of the agreement were not announced, but the segment marks a key move of monetizing IMR segments with partnerships while also showcasing real life examples of how weather affects the world.

In broadcasting, it is typically more acceptable for weather (along with sports and other franchise segments) to be sponsored than newscasts as a whole. Local stations, for example, have long taken advantage of selling sponsorships including “naming rights” to these types of segments.

Over the years, some stations have permitted their newscasts to have “named” sponsors — with some stations experimenting with including an advertiser logo or message in opens, reopens or other elements, though a “sponsored by” or “brought to you by” message is typically included.