KSTP, the Hubbard-owned ABC affiliate serving St. Paul and Minneapolis, Minnesota, rolled out a new logo and graphics this week.

That station thankfully opted to keep its iconic “5” logotype at the core of its new look— instead of dropping it for a rather straightforward but unimaginative TV station logo, as has been the case with many recent station redesigns.

Changes did include dropping the “swooshes” from either side and moving it into a bold red square with rounded corners with the ABC globe tucked in a similar location as before and peeking out a bit from the red box.

Those elements aren’t a particular loss since they seem like a bit of an afterthought and didn’t quite match the “attitude” of the curves in the “5” and also created some awkward trapped white space.

This is the old look. The blue shape is mostly gone from the new look. 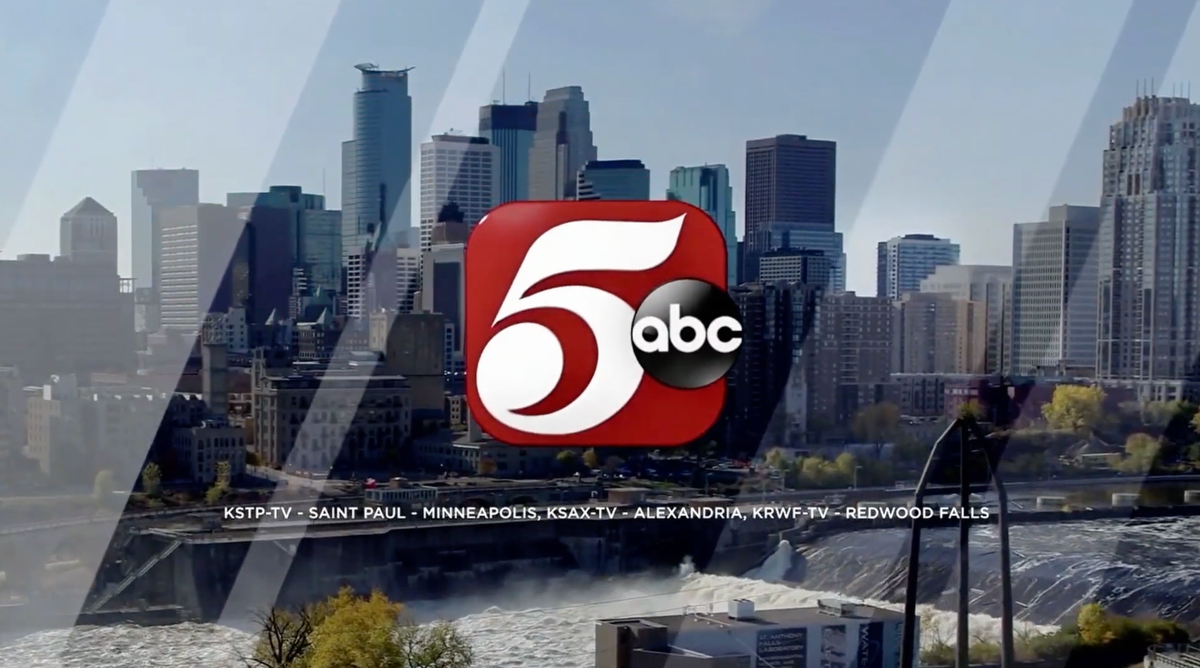 The station’s new graphics, meanwhile, rely on a blend of diagonal line elements and red, white and black elements, many with rounded corners.

There are also think outline elements that help frame and connect on-screen elements.

Insert banners span the entire width of the screen, with a time and temp bug on the far left separated with a version of the logo between it and the story and identifier banners. The far-right includes a small area that can be used for topical or franchise imagery or text designs.

It can also revert to a generic, ghosted “Eyewitness News” graphic.

The station still uses the branded “5 Eyewitness News” with the tagline “Minnesota’s News Leader” and there’s also an updated lockup with the “EW” moniker — as well as a version that includes both that name and the station’s website address.

KSTP also operates satellite stations KSAX, licensed to Alexandria, Minnesota, and KRWF, Redwood Falls, but these stations also carry the station’s newscasts and call letters are included in most opens for the purpose of serving as IDs.