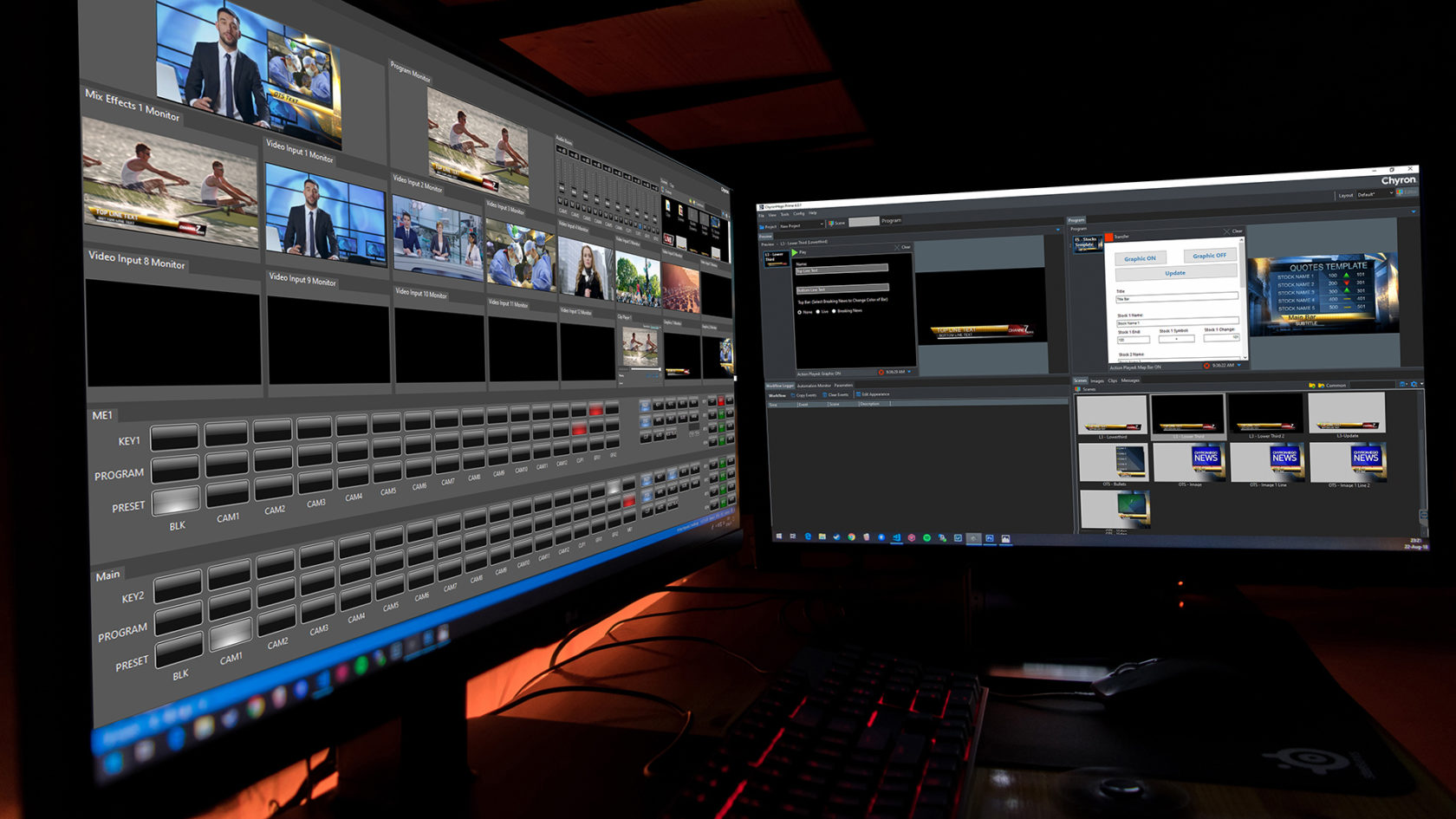 Chyron has announced the release of the Prime Live Platform, bringing together the capabilities of earlier Prime releases, the Prime Switcher and a new audio mixer.

The release includes version four of Prime which includes a dark user interface and Adobe After Effects importer. Meanwhile, the Prime Switcher is a software-based 2ME production switcher that combines Chyron’s real-time graphics, clip player and audio mixer within a single-engine.

“With a comprehensive, specialized software suite that enhances production value and simplifies workflows, Chyron Prime has evolved into a uniquely robust and versatile platform,” said Ariel Garcia, CEO at Chyron.

“The newest addition to the platform, Prime Switcher, is ideal for generating a professional-grade output for smaller broadcast productions, OTT delivery, direct streaming to social platforms, or disaster recovery while minimizing cost, complexity, and reliance on fixed physical resources.”

The Prime Live Platform is environment-agnostic and deployable on off-the-shelf or custom hardware, on a virtualized machine, or entirely in the cloud.

The system also supports a variety of inputs and outputs including SDI, NDI and H264 with formats such as HD and UHD.