‘People Puzzler’ goes down, across (and more) with square crossword inspired motif 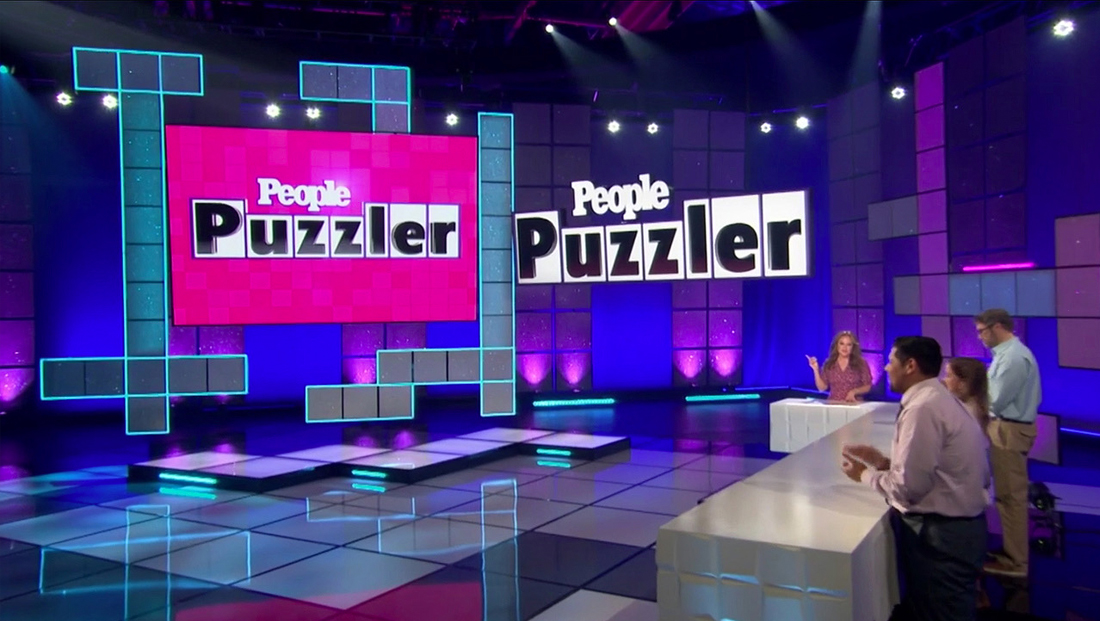 Sony’s Game Show Network brought the notoriously easy (but popular) “crossword” featured in each issue of People magazine to TV in early 2021 — and it’s set and graphics use those familiar “down” and “across” fill-in-the-box patterns as a visual motif.

Meredith, which owns People Magazine, is a producer of the show “People Puzzler,” which manages to find three unique ways for contestants to solve pop-culture-related puzzles.

The set itself appears to be built in the corner of a studio, with a variety of freestanding and suspended square patterns arranged in a variety of configurations in front of a cyc.

No studio audience is shown, likely due to social distancing rules, but it does appear that contestants sometimes have family members off-camera contributing, at least partially, to cheering and egging them on when they uncover a “Wager Word” (sort of like a Daily Double on “Jeopardy!”).

The gameplay takes place on a large ceiling-mounted LED that’s framed out with additional square elements that intersect with each other. Next to this, an oversized backlit version of the show’s logo floats above the studio floor.

These squares (which ultimately form rectangles) are finished with a textural glittery element and often combine placement at varying depths to creating a layered look.

A variety of lighting techniques, including uplights and thin border lights are leveraged, along with some panels with spaces between each square while others are more connected.

Darren Langer of DCLighting handled lighting design for the set which was designed by John Ivo Gilles.

The show’s primary color palette in pink, often with a subtle boxy pattern in the background, but purple is also used as an accent, while much of the set is blue and violet. 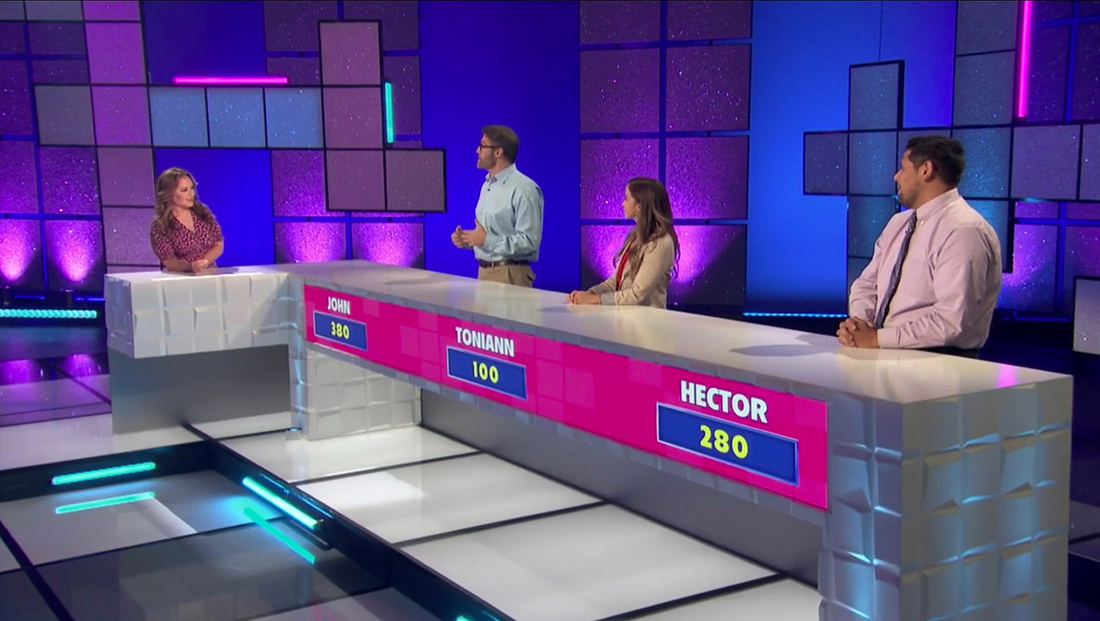 This surface goes a bit “out of the box” compared to the rest of the set, with the boxes placed at a variety of angles reflecting blue uplights in a a variety of looks.

There’s a long strip of LED installed in front of the contestants that serves as both scoreboards and nameplates.

It’s not uncommon for contestants to amass thousands of points thanks to generous points per letter along with bonus points for answering three clues in a row (which arguably also stops one constant from dominating the game) and completing other challenges.

After the first two puzzles, one contestant is eliminated and the remaining two slide over, if necessary, to the spots closet to Remini and the far camera ride side of the lectern is mostly kept out of frame.

(The first contestant eliminated wins a year’s subscription to People. As of April 2021, with 54 issues published yearly, that’s worth about $89 if one subscribes using Meredith’s special offer or about $323 based on the cover price of $5.99. The show never makes it clear if the second contestant eliminates wins anything.)

The bottom portion of the counter only has structural elements on either side of the longer arm, with the space in front of the contestants and host filled frosted modesty panels, though some episodes do not feature one in front of Remini’s position, creating the illusion a “floating” arm of the unit. 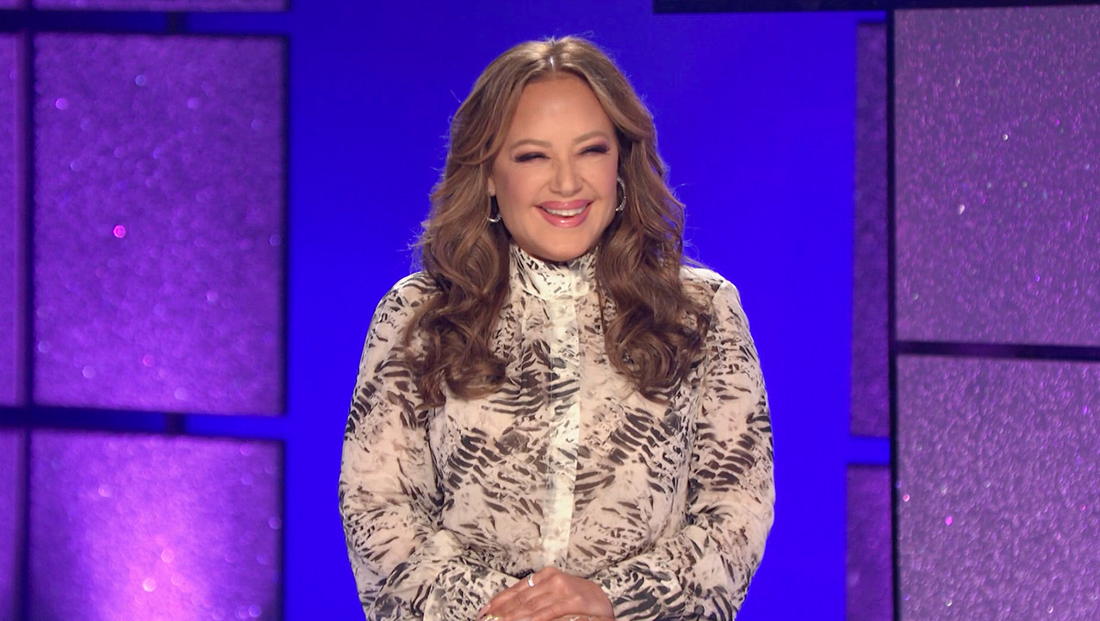 The floor is also finished in a square motif in multiple tones and accented with lighting that adds a subtly dramatic look to the surface while lighting elements inspired by fluorescent tubes are installed at regular intervals throughout floor elements.

Beneath the puzzle board is a zig-zagged layout of internally lit squares, similar to the 2 × 2 one that’s wheeled out for the final round featuring the sole remaining contestant.

Remini stands in one corner of the platform while the contestant stands opposite, facing the board while “tubes” of lighting ring the riser. 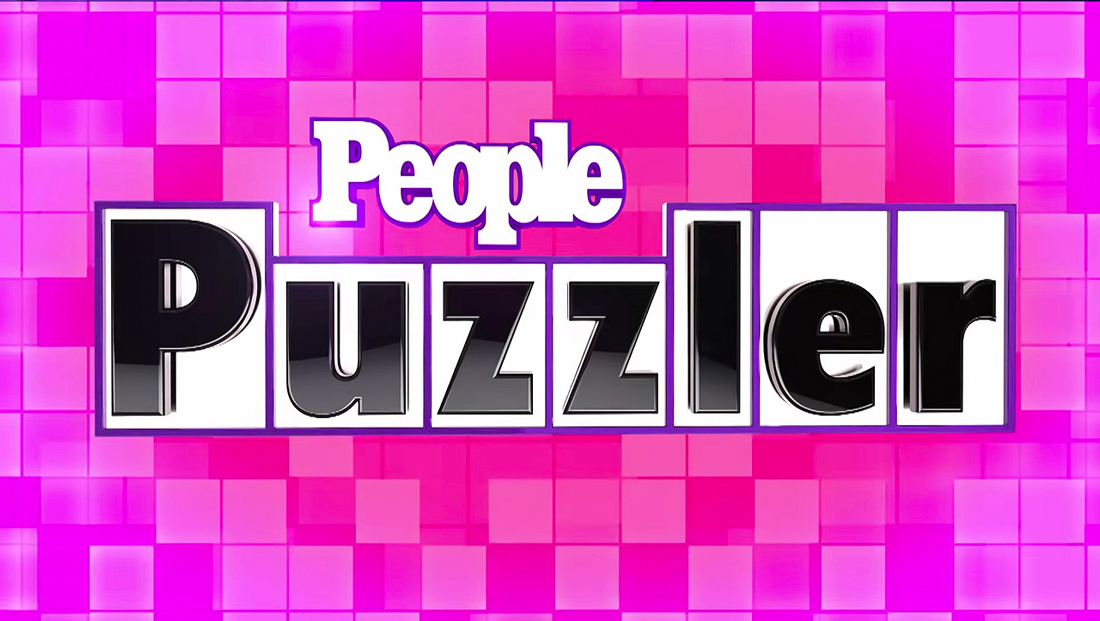 As mentioned, the show relies heavily on a digital gameboard that is typically shown fullscreen to viewers.

The puzzles are decorated with imagery related to the theme of each puzzle and also feature a square box for the text of the clue along with a frame for real-time video of the contestant or Remini.

A combination of color and sound effects are used to fill in correct answers or “buzz” incorrect ones.