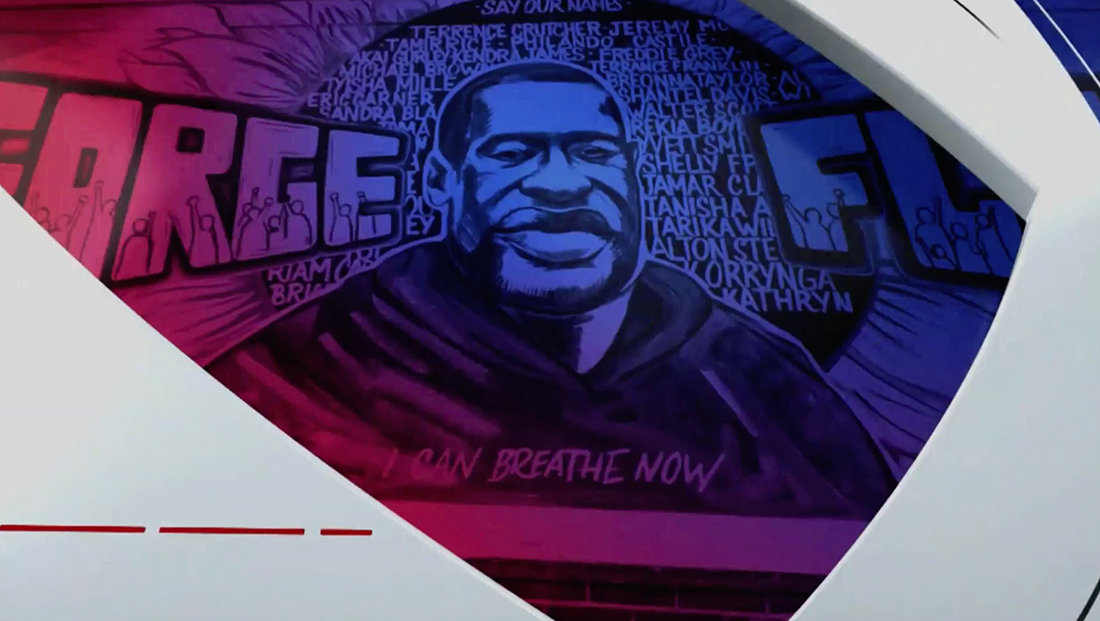 CBS offered an hourlong primetime special on the Derek Chauvin verdict April 20, 2021 that started with an impressively edited open that combined the now infamous video of the event, other clips and network branded graphics.

Like all major U.S. broadcast and cable news networks, CBS News had been on air well before the reading of the verdict just after 5 p.m. eastern and quickly announced it would also produce a primetime special on the historic decision.

The special aired at 10 p.m. (9 p.m. central) and was anchored by Norah O’Donnell in Washington, D.C. “CBS This Morning” co-anchor Gayle King, who had been featured prominently in the special coverage earlier in the day from Minneapolis also appeared, serving as a field co-anchor of sorts. She would also co-anchor “This Morning” from the city the following day.

Content and trigger warning: A full clip of the open is at the end of this post, but contains footage of the George Floyd incident that may not be appropriate for all viewers. Viewer discretion is advised.

For the special, CBS used the “Evening News” set in Washington, trading out the primary video wall with a blue to red gradient photo collage with “The Chauvin Verdict” logo in the upper left but it quickly disappeared from view as the camera pushed in.

The imagery behind O’Donnell matched the look the network used for its special report open and was carried through, after the impressive extended cold open of video clips that made heavy use of the citizen video that played a key role in the trial, to the open used for the special itself.

This look also featured shapes formed by the CBS eye logo as the “framework” of imagery.

Other networks around the globe offered extended coverage of the verdict on their normal feeds as well as on streaming platforms. These networks also carried live coverage of the trial itself in the preceding weeks.

The full open is included below. Please be aware the clip contains an edited version of the tape of the incident between George Floyd and police, including audio and video of him being held down by Chauvin. Viewer discretion is advised.