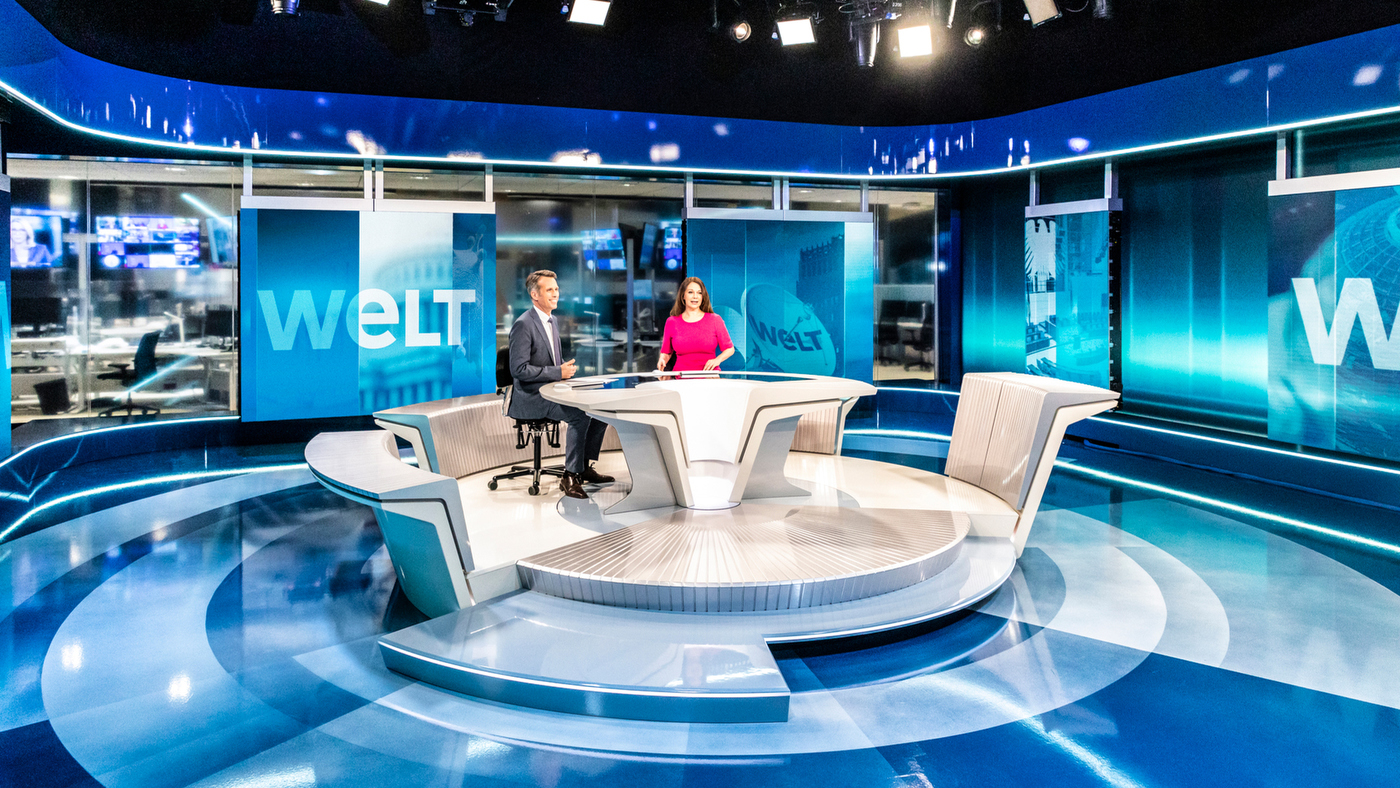 The new broadcast studio for WELT in Germany features over 100 SkyPanels from Arri and the latest in IP-based lighting technology.

For the project, Florian Wieder handled scenic design with ARRI System Group providing for the lighting system including consulting, planning, and turnkey installation on behalf of the system integrator Qvest Media.

WELT’s two studios, each at 1,938 square feet, are designed to work across the organization’s digital and print properties with transparency and interaction reflected in the scenic design.

“The ARRI System Group, with its high level of expertise and international experience, has made a significant contribution to the fact that we will be using one of the world’s most innovative lighting system solutions in our television studios,” emphasizes Thorsten Prohm, CTO at WeltN24.

“With great commitment, we were able to develop workflows together as a team that meet our special requirements as a news broadcaster while, at the same time, optimizing the budget. The product management, including implementation and installation, under the management of Project Engineer Carolin Schramm, was carried out at an extremely high level. Through the collaboration with the ARRI System Group, we are now launching the ‘digital tomorrow’ not only in our new TV studios but also in the area of professional lighting technology as well.”

ARRI notes both the moving LED panels and the movement of the presenters created challenges for the lighting design.

After testing, a total of 100 soft lights of the ARRI SkyPanel series (S60-C, S30-C) and moving lights with fresnel characteristics from Robe Lighting were chosen for the studio space. 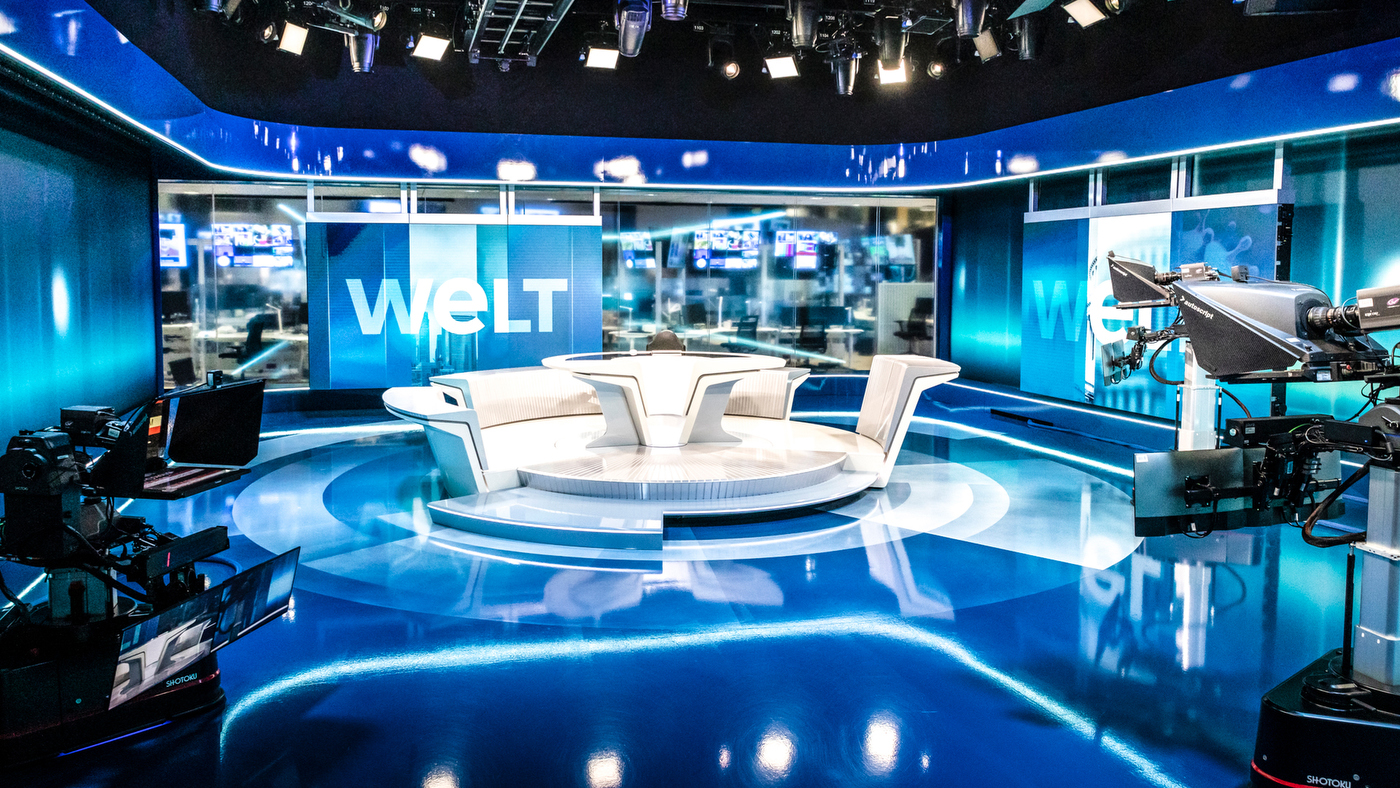 These are supplemented by LED bars which are affixed to the top of the motorized video panels to backlight the presenters.

In Studio 2, for the chromakey wall, ARRI’s SkyPanels with different apertures (S120-C, S60-C, S30-C) were specified to achieve optimal light distribution according to templates of photometric simulations created by ARRI System Group.

“Lighting networks that have been traditionally controlled exclusively via DMX are experiencing more and more limitations in practice. Therefore, increasing our customers’ requirements for efficient workflows can be met by specifying or designing end-to-end IP systems only,” said Paul Flemming of ARRI System Group.

The lighting design includes an IP-based control system with integration with the broadcast automation system.

“ARRI has been a pioneer in this area thanks to the integration of an IP interface in the SkyPanel series from a very early stage, and we have found strong support for this idea with the manufacturers of Moving Lights, Robe Lighting,” said Flemming.

“DMX, as a traditional network protocol, limits the use of an intelligent monitoring for the lighting system. Using RDM as a return channel may destabilizes the network, plus there are limitations defined in the standard in regards to the data rate and the maximum number of channels per one DMX universe. With a lighting control infrastructure based solely on Ethernet/IP, as with WELT, we were able to achieve a system-wide increase in lighting system flexibility and realibility, which is hugely important, especially in 24/7 operations.”

Currently, WELT is using Zabbix, an open-source software tool for monitoring. However, a specialized monitoring tool for the lighting system is planned with central management of RDM and SNMP status information from the lighting components.