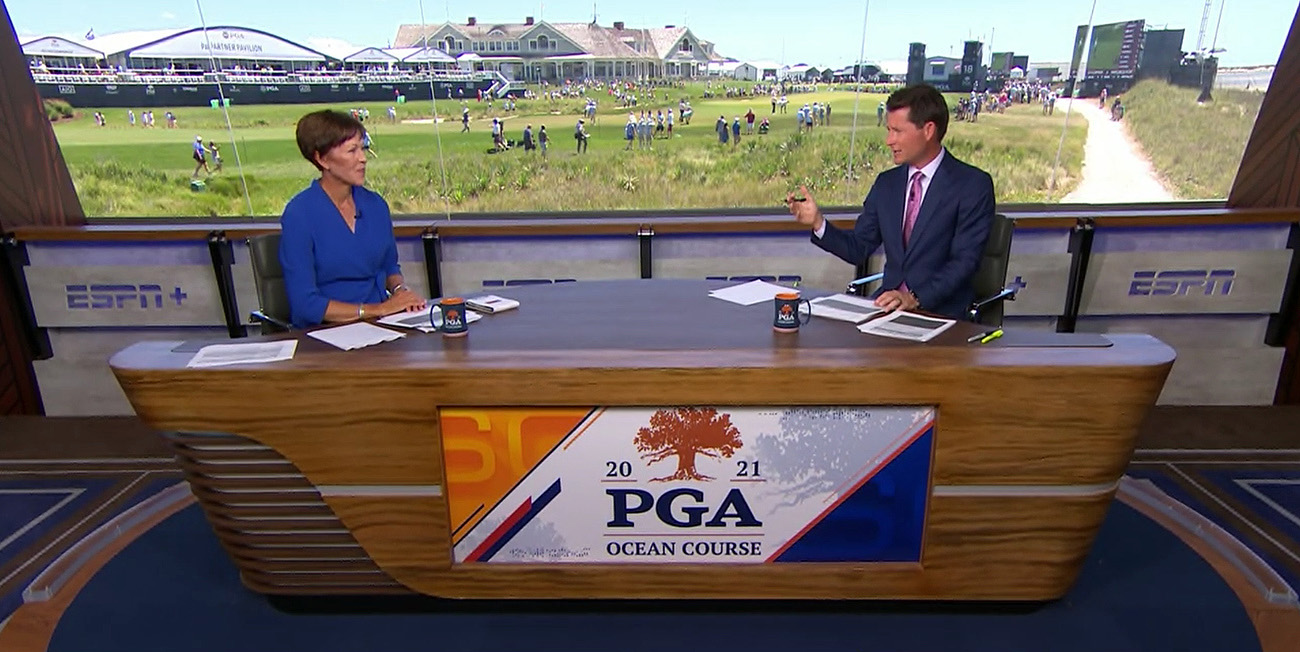 This year’s PGA Championship has taken broadcasters to The Ocean Course at Kiawah Island Golf Resort in South Carolina.

Due to the course’s unique position next to the Atlantic Ocean, extra planning was required to create ESPN’s unique temporary broadcast location.

“What’s interesting about this location is that we’re building out over sand dunes, and we are very conscious of the environment,” said Andy Davenport, manager of remote production operations at ESPN.

“We do not do anything to harm the environment. And because of that, the nature of the land in that space, it took a lot of extra effort this year because a portion of the buildout required a hand-build, which obviously takes longer.”

As with most major golf events, planning for this event actually began years ahead with a scouting trip to survey the best locations for broadcast. In this case, a location next to the 18th green was chosen for ESPN’s broadcast location with construction starting in late April. 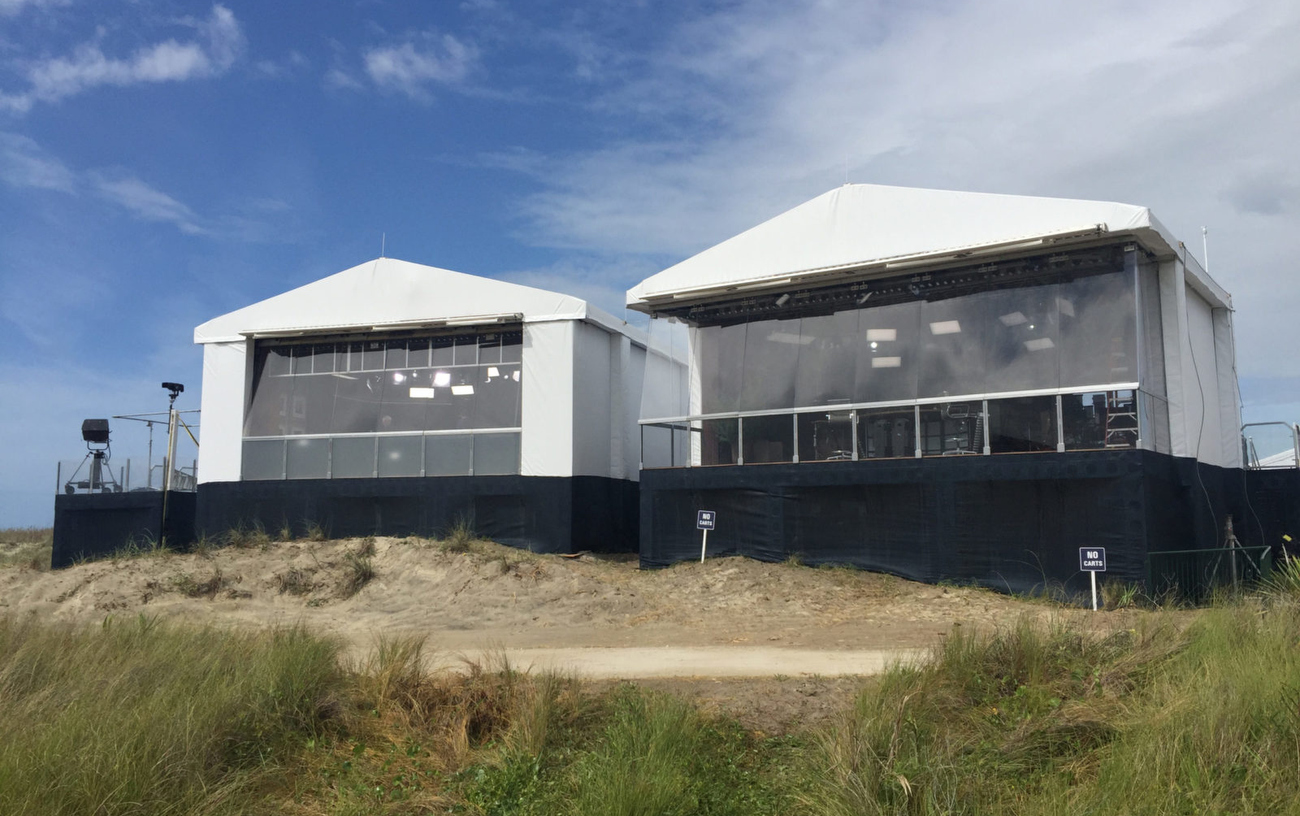 That process was described as one of the “most challenging builds” ever undertaken by Filmwerks, due in part to the sand dunes and environmental concerns.

Filmwerks has been a long-term partner of ESPN contributing to many remote productions and even to the recent studio addition on the roof of the network’s New York City facility.

For the PGA Championship, one studio is serving as the home of “SportsCenter” while the second houses the ESPN announcers along with an interview and discussion area. 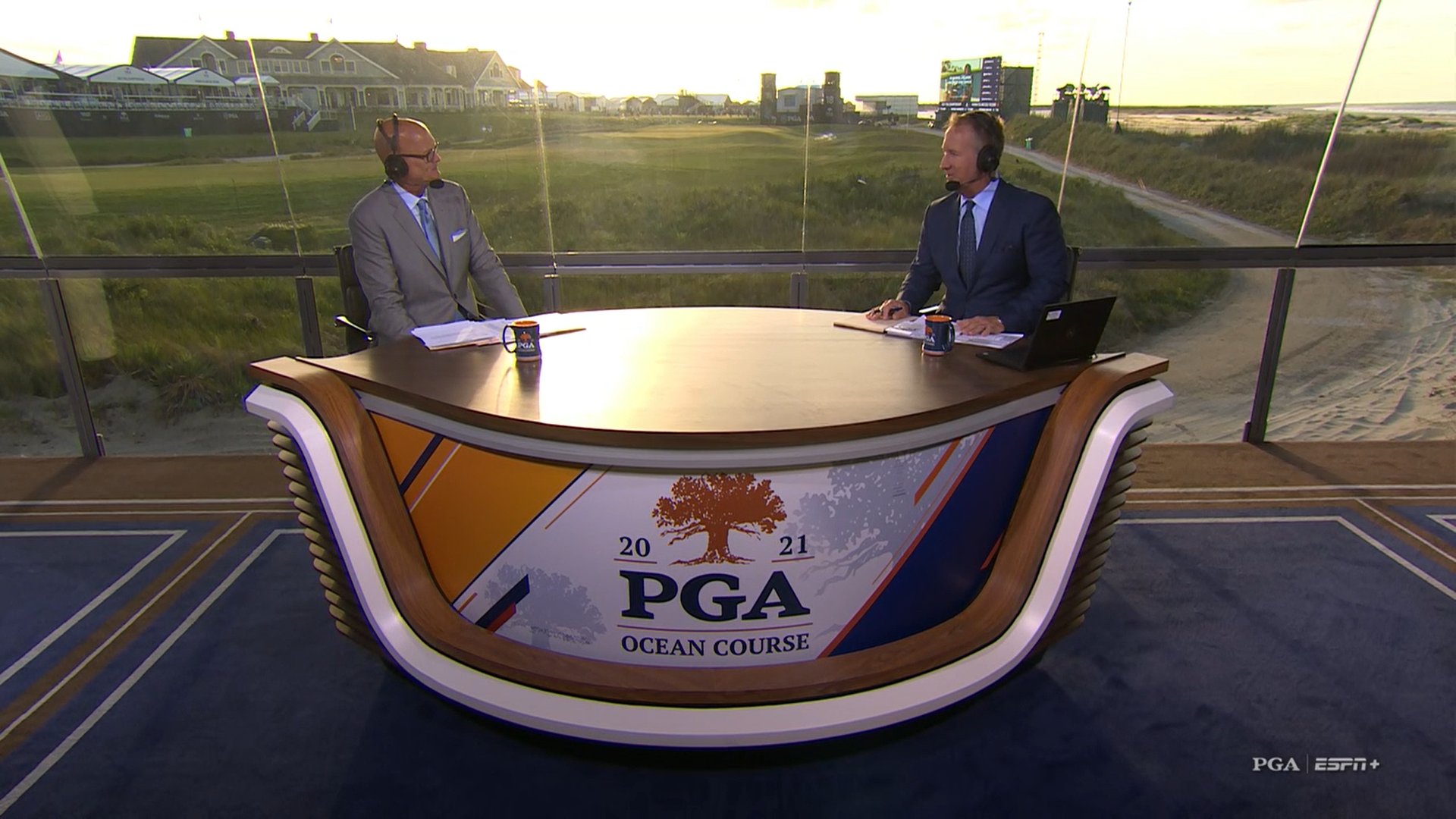 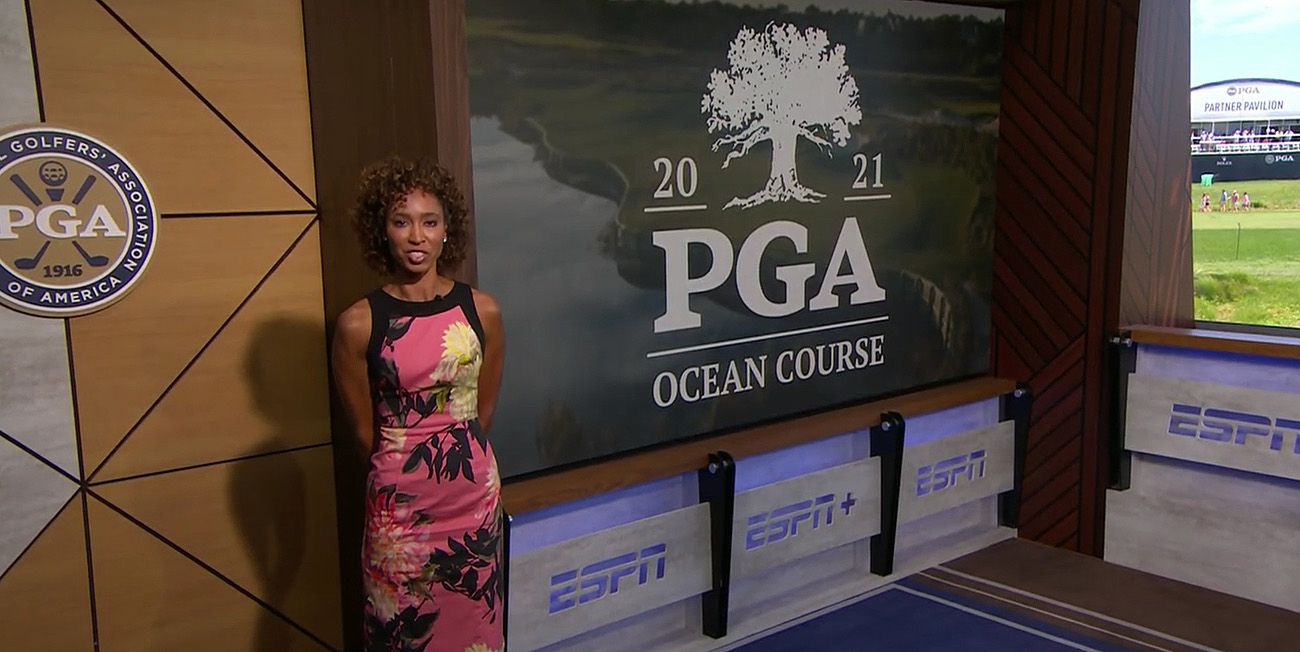 ESPN notes this is the first time a LED video wall has been used on-site for its golf coverage, integrated in the “SportsCenter” studio.

“Everybody who was associated with the development and execution of these studios did a remarkable job,” said Davenport. “They look tremendous, and everybody in production and operations is very happy. And once again, it’s a great team effort – operations, production, along with our vendors, to bring it all to fruition.”