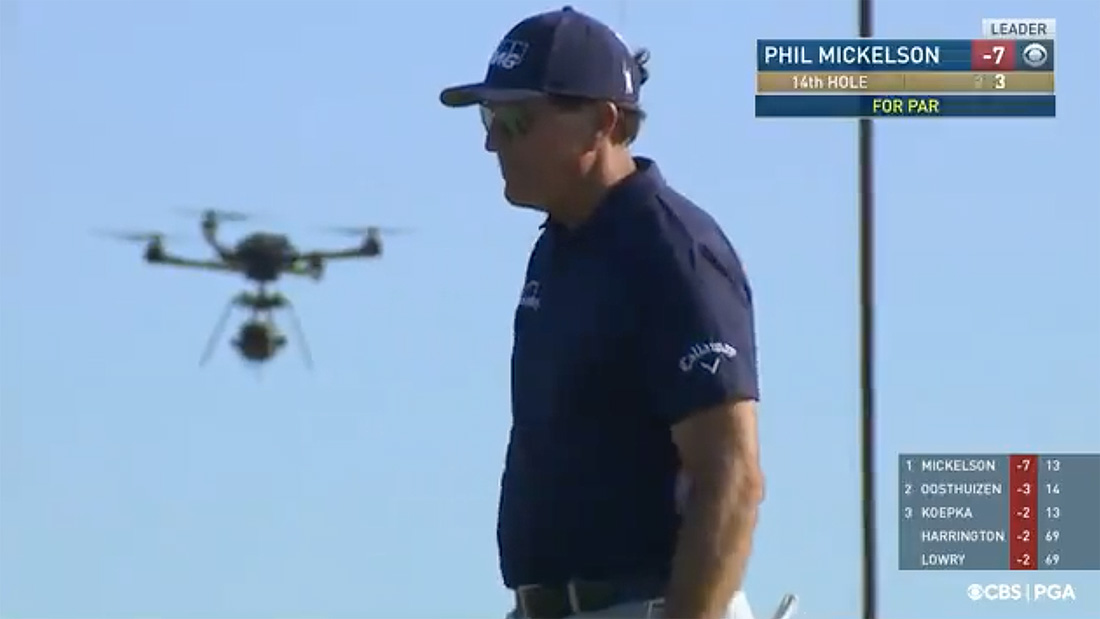 Ahead of his victory at the 2021 PGA Championship, Phil Mickelson had some words for the drone hovering over the 4th hole at The Ocean Course.

“Can we please move that drone from my flight,” Mickelson asked while preparing for his shot.

"Can you please move that drone from my flight?

"Not only is it annoying, but it's gonna hit it."

“Can you radio to the TV guys to move the drone out of the line of my shot,” Mickelson added. “Not only is it annoying, but it’s gonna hit it.”

The drone was, of course, not in any danger of being hit by Mickelson given its flight position and the club being used. Maybe Top Golf will consider adding drones as a new game element in the future.

Kaze Aerials worked with CBS Sports on its drone coverage of the PGA Championship.

Phil, did the drone seeking some revenge bother you at all out there? pic.twitter.com/65PWjq036u

Drones have become a vital part of golf coverage due in part to the unique angle they can provide compared to a traditional helicopter or blimp camera.

Steve Milton, lead director of golf coverage for CBS Sports, notes in an SVG interview, drones allow a more three-dimensional view as they can see down the course.

“You don’t see slope [with a blimp], and you don’t see angles, so you don’t really get the player’s perspective. The drone can go as low as 12 or 15 ft. and as high as 250 ft., so you get the dynamics of flying really low and seeing the slope, the berms from the sea, and all the trouble,” said Milton.

This year’s PGA Championship took golfers to Kiawah Island Golf Resort in South Carolina which presented challenges not only for players but also for broadcasters’ studio construction.