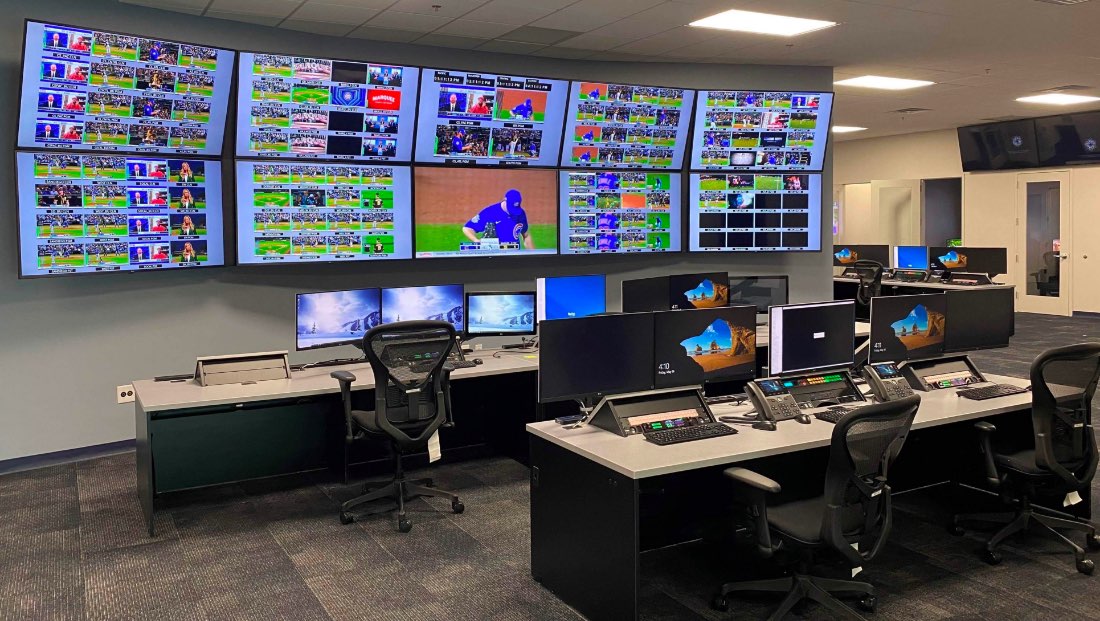 Sinclair Broadcast Group has recently completed two broadcast facilities built on the SMPTE ST 2110 standards with the help of Imagine Communications for infrastructure and playout.

Don Roberts, VP of sports engineering and production systems at Sinclair Broadcast Group, makes the point that both business and technical requirements are driving Sinclair’s transition to IP connectivity and software-defined architectures ― and particularly cloud deployment. “This transition cannot be a simple lift and shift of legacy systems; it is the opportunity to take a fresh look at the way a broadcaster operates,” stated Roberts.

“We have to start from good user engagement, to understand what will change at each step,” Roberts said. “The transition to IP and the cloud is transformative. We can’t just flip a switch ― we have to redefine how the business works. This is change management as much as technology.”

A powerful advocate of the SMPTE ST 2110 family of standards, Sinclair has a long history of collaborating with Imagine Communications to develop IP playout and production systems.

Following its 2019 acquisition of regional sports networks from Fox/Disney, Sinclair had to quickly develop a new playout strategy and decided to build an IP-based facility from the ground up to serve as a future-proof hub for the new RSNs. The Atlanta, Georgia-based facility was built in partnership with Encompass with Imagine’s Versio integrated playout platform, Selenio Network Processors and Magellan SDNO control system at the core.

“Armed with our experience with IP and our strong technical relationship with Imagine, we decided that our first step was to develop an on-premises solution for the RSNs,” said Roberts. “We also developed options to put some functionality ― like the archive and disaster recovery playout ― into the cloud. This enables us to use the Atlanta facility as a stepping-stone, continually refining the workflows and business cases that will help us transition to a hybrid approach that balances capability and cost.”

At the same time, Sinclair was developing a platform for its Tennis Channel, a service that features comprehensive coverage of the top 100 tournaments in the sport and more. The channel has a master control center in Santa Monica, California, which uses the flexible Versio platform, both on-premises for primary origination with Imagine’s field-proven ADC™ automation, and as software instances hosted in the AWS cloud for pop-up special events under the control of the cloud-optimized Version Automation system. IP connectivity allows simplification of the hardware architecture, for instance, through use of the virtual re-entry software features of Imagine’s Magellan SDNO to create virtual patch panels, router paths and workflows.

The Tennis Channel project presented Sinclair with a new set of technical, operational, and business challenges. “Tennis is live and unpredictable, so we need our playout capabilities to be agile and responsive,” Roberts explained. “Software solutions like Versio give us that agility ― the ability to make a decision and have it on air virtually instantly. And because it can be hosted in the cloud, we simply spin it up at the beginning of each tournament and close the software when it ends.” 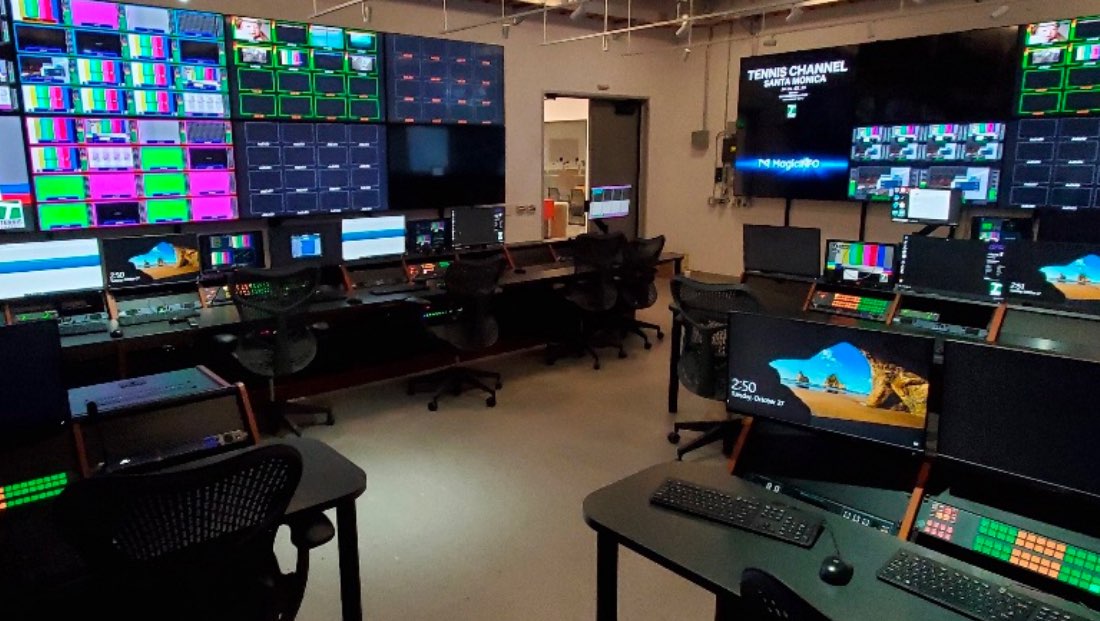 Central to the architecture at the Santa Monica center is Imagine’s Selenio Network Processor, which Roberts defines as “a broadcast Swiss Army Knife ― if you have a problem with a signal, throw an SNP at it.” Each 1RU SNP device hosts four independent, software-defined processing channels. At the Tennis Channel facility, the SNPs act as IP gateways and support format conversion, which allows the facility to be primarily 1080p, but accommodate 4K and HDR UHD when needed, such as for the French Open Tennis from Roland Garros in Paris. The facility also uses the new SNP-MV multiviewer personality, allowing for tactical multiview displays to be quickly established wherever they are needed in the workflow.

The new Tennis Channel ST 2110 infrastructure debuted in December 2020. Sinclair then went live to and from the cloud during coverage of the 2021 Miami Open in March, marking the first time that any broadcaster had supported such a high-profile live sporting event via live cloud playout. The innovative combination of cloud playout and on-the-ground master control provided a solution that was particularly powerful in a time of COVID, which has challenged media companies to continue producing quality broadcasts, while ensuring a safe work environment for operational staff. The unique capabilities and integration of Imagine’s IP-enabled playout and core infrastructure products created a cutting-edge architecture and workflow that helped make this possible.

Imagine Communications president Steve Reynolds said, “We are privileged to work with Sinclair as their technology partner. They understand, as we do, that we are on the curve of a transition that has the potential to change everything. Along that curve there will be on-prem and cloud systems; hybrid connectivity leading to IP. Sinclair embodies those principles: they use SDI when they need to (with Imagine SNPs as gateways); they use software-oriented technology and IP connectivity; they migrate to the cloud when it is right for them. We look forward to a long and fruitful relationship with a true broadcast leader.”

Roberts concluded, “Our plans moving forward are all about making production and delivery more efficient, to create a single ecosystem. Each of our RSNs has its own production facilities, and as they need a technology refresh, we will bring them into the ST 2110 world. We see Imagine as a key partner in that process: we work closely with them, we have honest exchanges about the way forward, and we are all learning as we go along. It’s a winning team.”