John Berman attempts to recruit guest to his ‘war on bumpshots’ 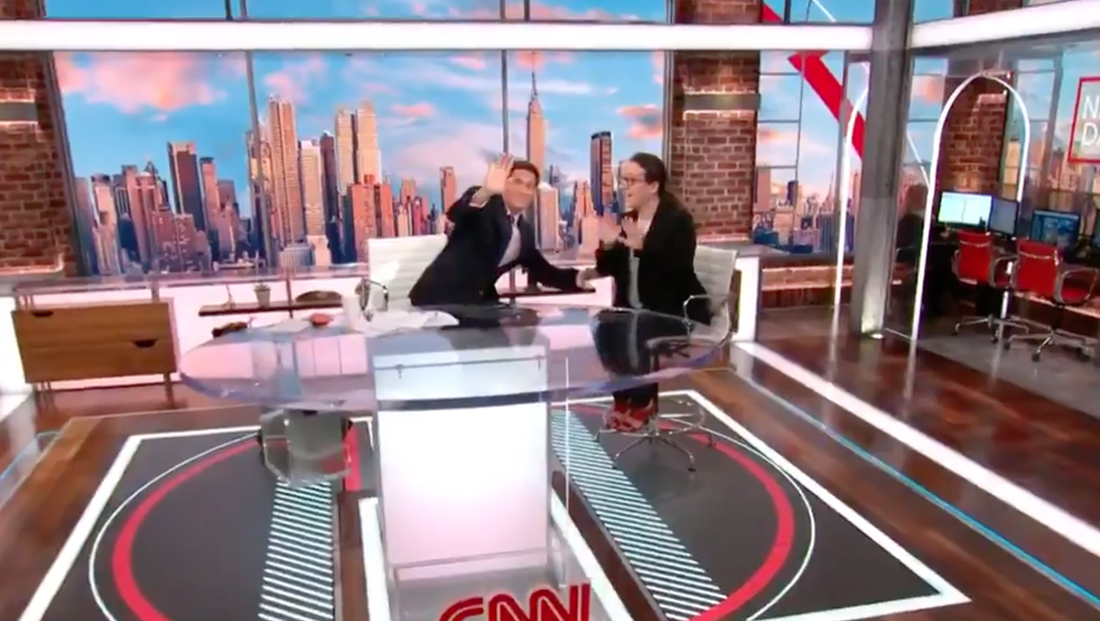 CNN “New Day” co-anchor John Berman apparently has a “war on bumpshots” — and even tried to draft an in studio guest into the fray.

In which I try to drag @maggieNYT into my war on bumpshots!

On Friday, June 18, 2021, after wrapping a segment with The New York Times correspondent Maggie Haberman, who is also a CNN analyst, the control room took a brief moving, sweeping shot of Studio 19Y before cutting to break, also known as a “bumpshot,” “bump,” “bumper” or “beauty shot.”

As the show’s theme music played, Berman could be seen gesturing toward the camera and talking enthusiastically to Haberman, who, at one point, waved her hands as if to say “leave me out of it” while laughing.

Bumpshots are be done for a variety of reasons — to help fill a bit of time if a newscast or broadcast is running light. They can also be a used as a creative (if slightly overdramatized) way to showcase talent on set looking serious and shuffling papers or even moving around the studio readying themselves for the next segment.

There’s also a branding component, as it were, to these shots since it gives viewers a wide view of the studio and set, which is often one of a program, network or station’s highest impact visuals.

Bumps can also serve as a sort of transitional element to commercial breaks, instead of just dipping into black before the break runs, though that approach is often used for creative or stylistic purposes as well.

Finally, most TV news junkies can admit that beauty shots are just plain fun — giving viewers a wider perspective of the set they might not see otherwise and even a glimpse behind the scenes.

It’s also a creative outlet for camera operators, especially in studios equipped with jibs or handheld cameras (of which “New Day” has both), which opens up the possibilities for dynamic bumps with movement, interesting angles or incorporating on set video walls.