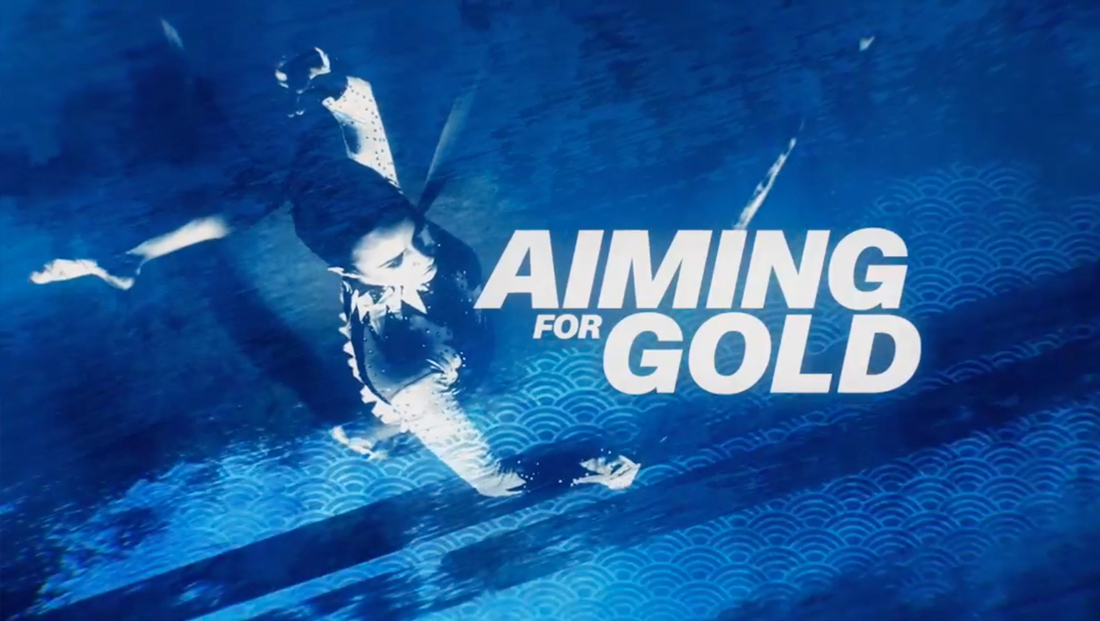 Although it’s now an official rights holding broadcaster, CNN, like other networks who don’t have a licensing agreement with the IOC, is still free to cover the Olympics just like almost any sports event — just with some limitations — and has created a “Aiming for Gold” brand for its coverage.

The logotype for the logo is set in an italic version of CNN Sans, the network’s bespoke font, and the animation centers heavily around square theme, which is another CNN trademark.

The “Gold” name is to avoid using the word “Olympics” (at least in more prominent areas such as opens) to avoid any potential trademark issues with the IOC, which keeps a close eye on how its name is used. News organizations, however, can generally still use the word “Olympics” during coverage in order to inform viewers what events are being discussed.

Other networks around the U.S. and world use a similar tactic when branding their coverage of Olympic results and highlights. ABC’s “GMA” is using “Summer Games,” a tactic it’s used, along with “Winter Games,” as appropriate, in the past.

CNN’s U.S. feed, like any other network, is still free to deliver the results of events as they become available and can also limited incorporate highlight footage of events after they have aired — but RHBs get to air the full event or match (similar to how NFL, NBA and other U.S. sports leagues sell broadcast rights to specific networks to air specific games but any number of other news and sports outlets can still air clips and results after they’ve aired).

Non-RHBs can also used licensed stills taken from photographers on the ground at the games and may use these prior to the video clips becoming available.

CNN’s “Aiming for Gold” animations, which include an open, bumps and transitions, were created in house by CNN Design and include brush stroke elements and textures — something found in some of NBC’s designs, as well as animations of athletes and Japanese imagery and patterns.

The look was created with Adobe Creative Suite and Cinema 4D and is used across CNN, CNN International, HLN and CNN Español and includes custom music from Stephen Arnold Music.