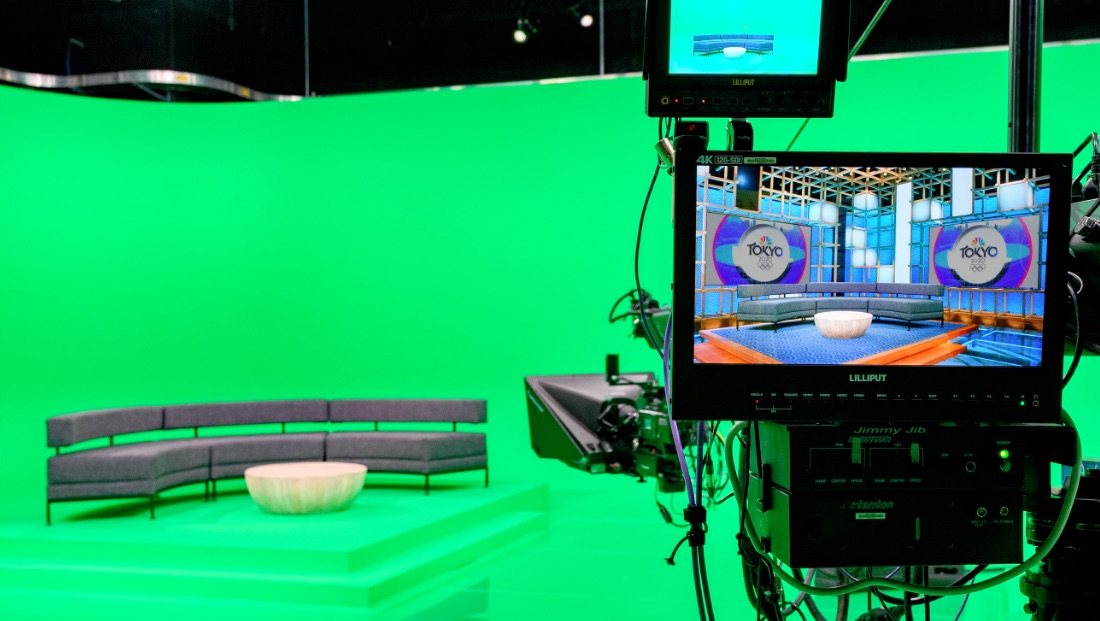 For its coverage of the 2020 Summer Olympics in Tokyo, Telemundo has created a state-of-the-art virtual studio at its Miami facility.

The studio, along with a small set in Tokyo and a rebranded Telemundo Deportes set, are appearing across 300 hours of coverage for the Spanish language broadcaster.

“We are proud of the work our production and operations teams have done to embrace technology with the new VR set,” said Eli Velazquez, EVP of sports content for Telemundo Deportes.

“We continue to leverage Telemundo Center’s resources in our coverage of big live events like the Olympics to complement the onsite production, delivering audiences the highest quality viewing experience.” 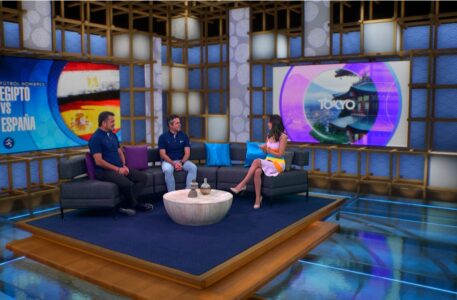 Powered by Chyron and with rendering from the Unreal Engine, the virtual set mirrors the design of NBC’s International Broadcast Centre studio in Tokyo.

Telemundo’s virtual production services team worked with the design from HD Studio, integrating it with the virtual software in-house. 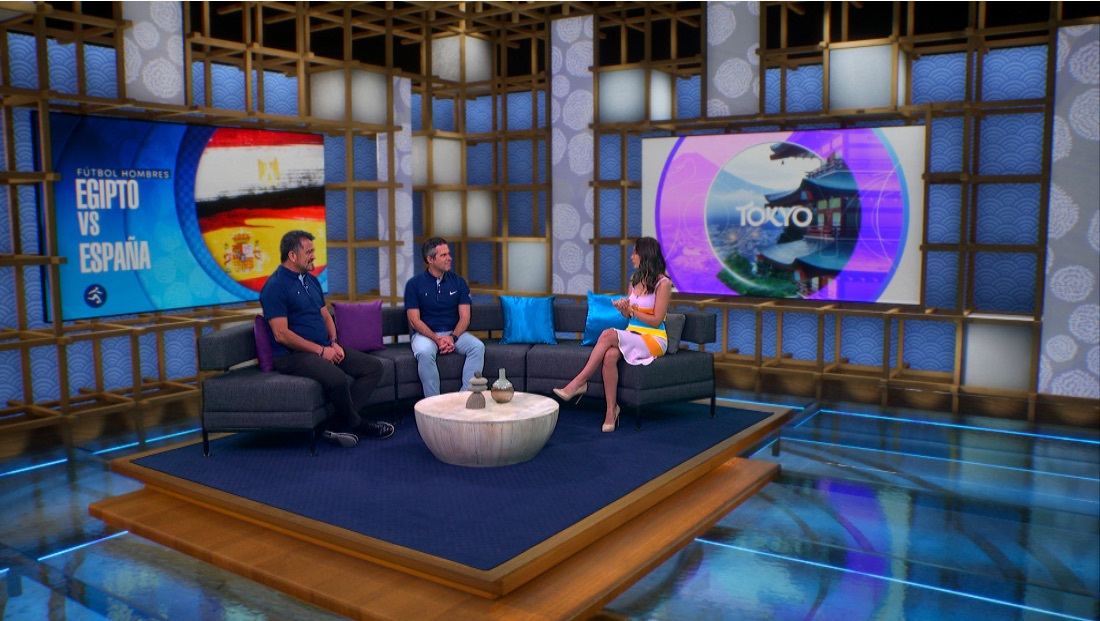 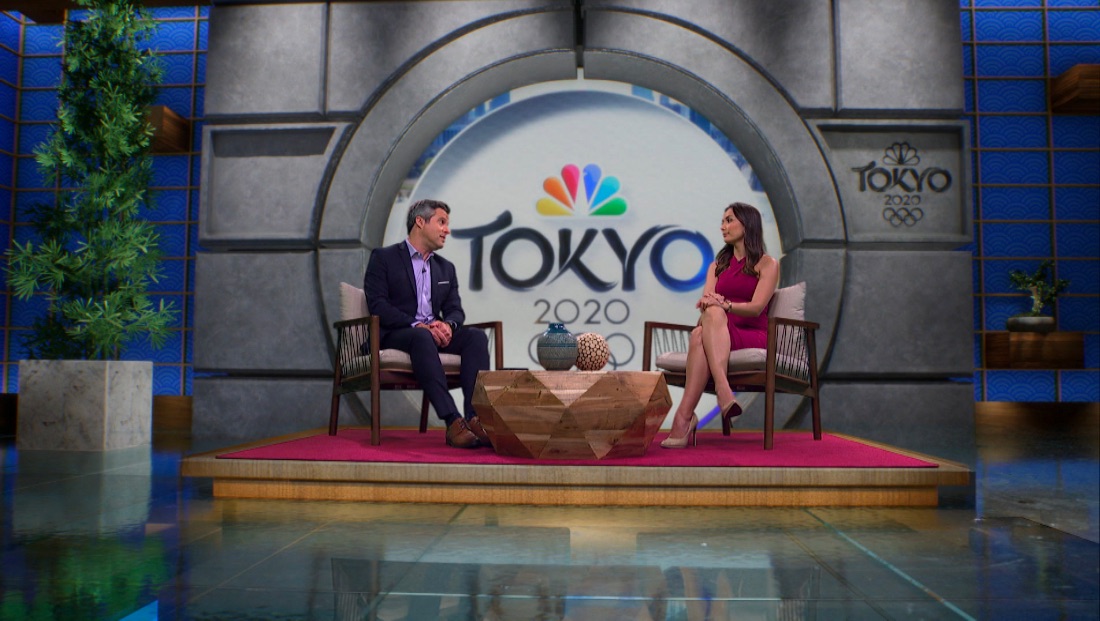 The studio utilizes three cameras with camera tracking from Stype.

In the normal studio home of Telemundo Deportes, which has updated lighting and Olympic themed elements, augmented reality graphics have been added along with a parallax effect in the set’s large LED video wall. 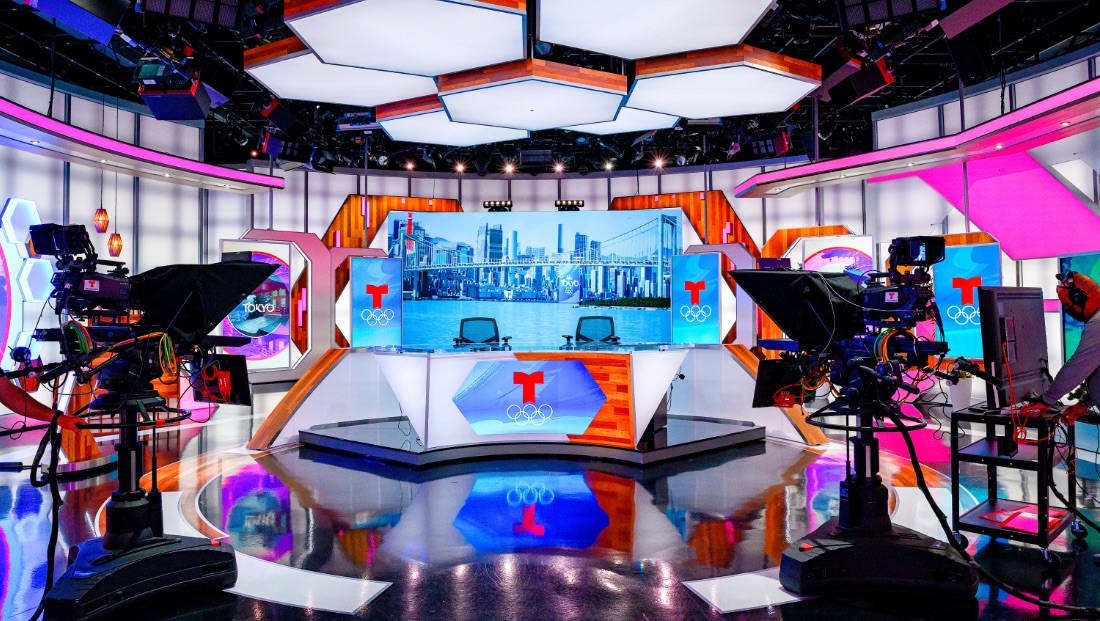 Meanwhile, in Tokyo, Telemundo’s main coverage position is next to Japan National Stadium, the home of the opening and closing ceremonies for the games.

Telemundo has a footprint of 250 people working on the games between Tokyo and Telemundo Center.