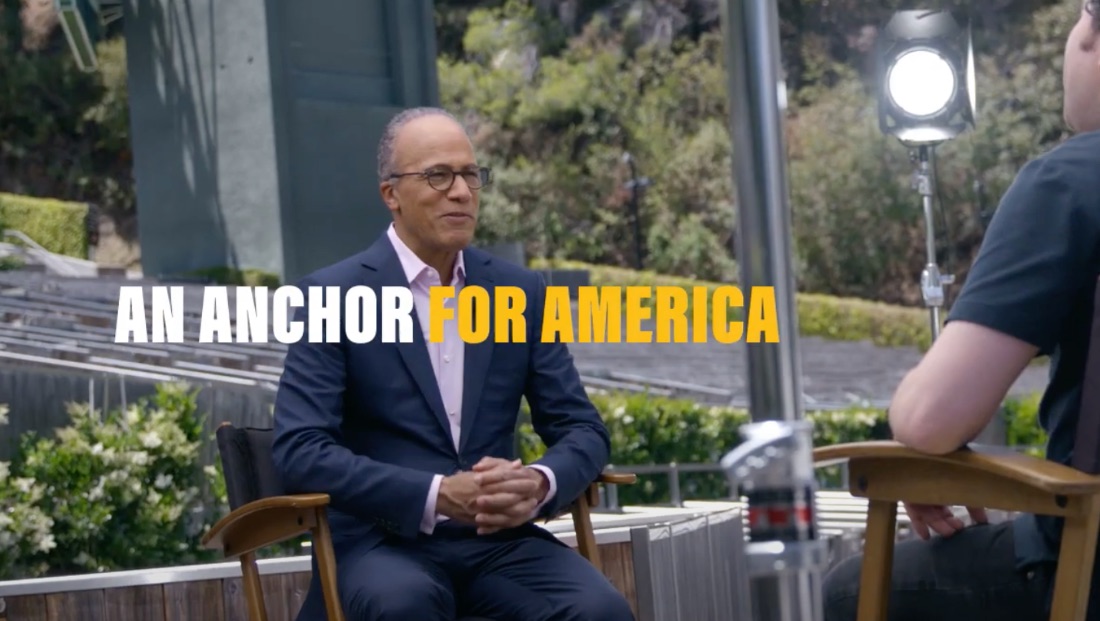 “When emotions are high, when fears overwhelm facts, when things are at a tipping point, when we need dialog over drama,” the spot begins, flashing text on-screen as Holt is seen reporting from various situations.

“We have an anchor,” the spot transitions as clips switch to Holt in front of a camera.

The campaign, which includes versions of various lengths debuted during NBC’s 2020 Summer Olympics coverage, underscoring the importance of the “Nightly News” brand for the network. Overall, the campaign emphasizes the grounded approach of network newscasts and “dialog over drama,” a nod to some cable news coverage.

Arts & Letters, who is also the agency behind the “This Is Who We Are” campaign on MSNBC, worked with NBC News on the ads.

It’s unknown if the music in the spot was custom or a piece of production music.