MSNBC adds additional ‘This is who we are’ promos 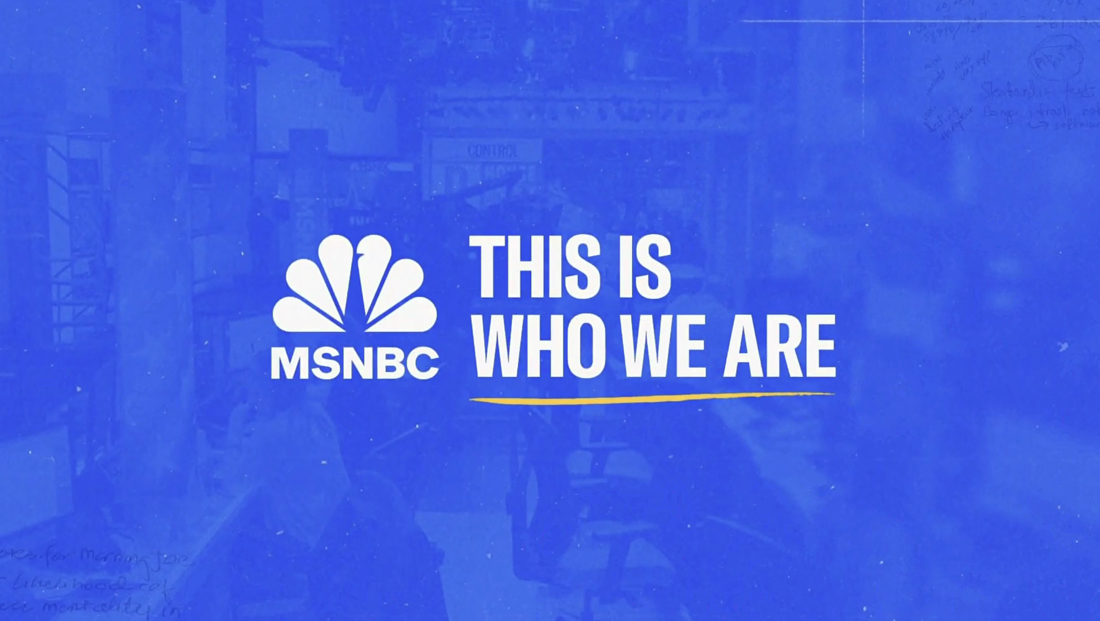 MSNBC has continued to roll out new versions of its “This is who we are” promo campaign since a spring 2021 redesign following a network wide brand overhaul and updated graphics in the spring of 2021.

Here are three spots that have aired in the weeks since April 2021.

The promos continue to eschew the use of the unidentified musical bed and muted colors in favor of the bright and bold blue and yellow motif the network uses for its “MSNBC Reports” blocks.

Another variation forgoes the use of on screen text until the end, instead relying on monochromatic stills of show hosts that slide in one after another, with the tagline at the end.

There is also at least one that looks more like the originals — using black backgrounds instead of the blue with centered text, in an updated font, shown on screen with extended, animated lines.

The tagline screen uses the same lockup as the more colorful ones, just set in a black background.

Meanwhile, here’s the one first spotted in April 2021:

The network also incorporated the designs of “The Sunday Show” and “The Cross Connection,” two weekend shows into a combined promo.

MSNBC has also been updated promos used for individual shows, such as “Morning Joe,” to use the flatter look and accents, including diagonal hashmarks, while also getting some more recent clips.