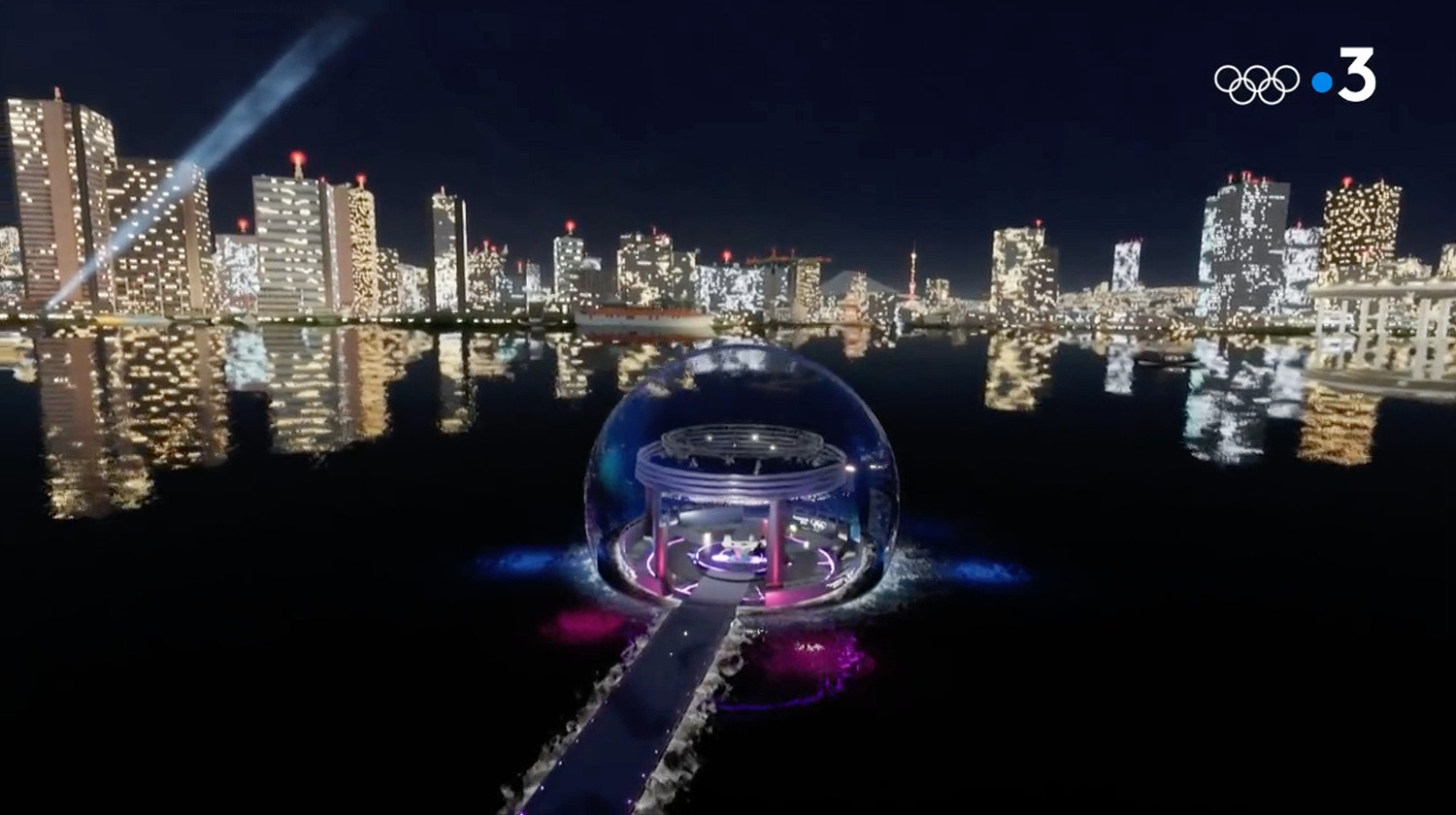 Due to the COVID-19 pandemic, broadcasters are having to work in unique conditions to cover the 2020 Summer Olympics in Tokyo. Part of that is proper quarantines and bubbles, a concept which France Télévisions has employed in the design of its virtual studio.

Of course, this extra meaning is just a coincidence, as the bubble is actually designed to bring the viewers closer to the city, placing the broadcast virtually in Tokyo Bay. 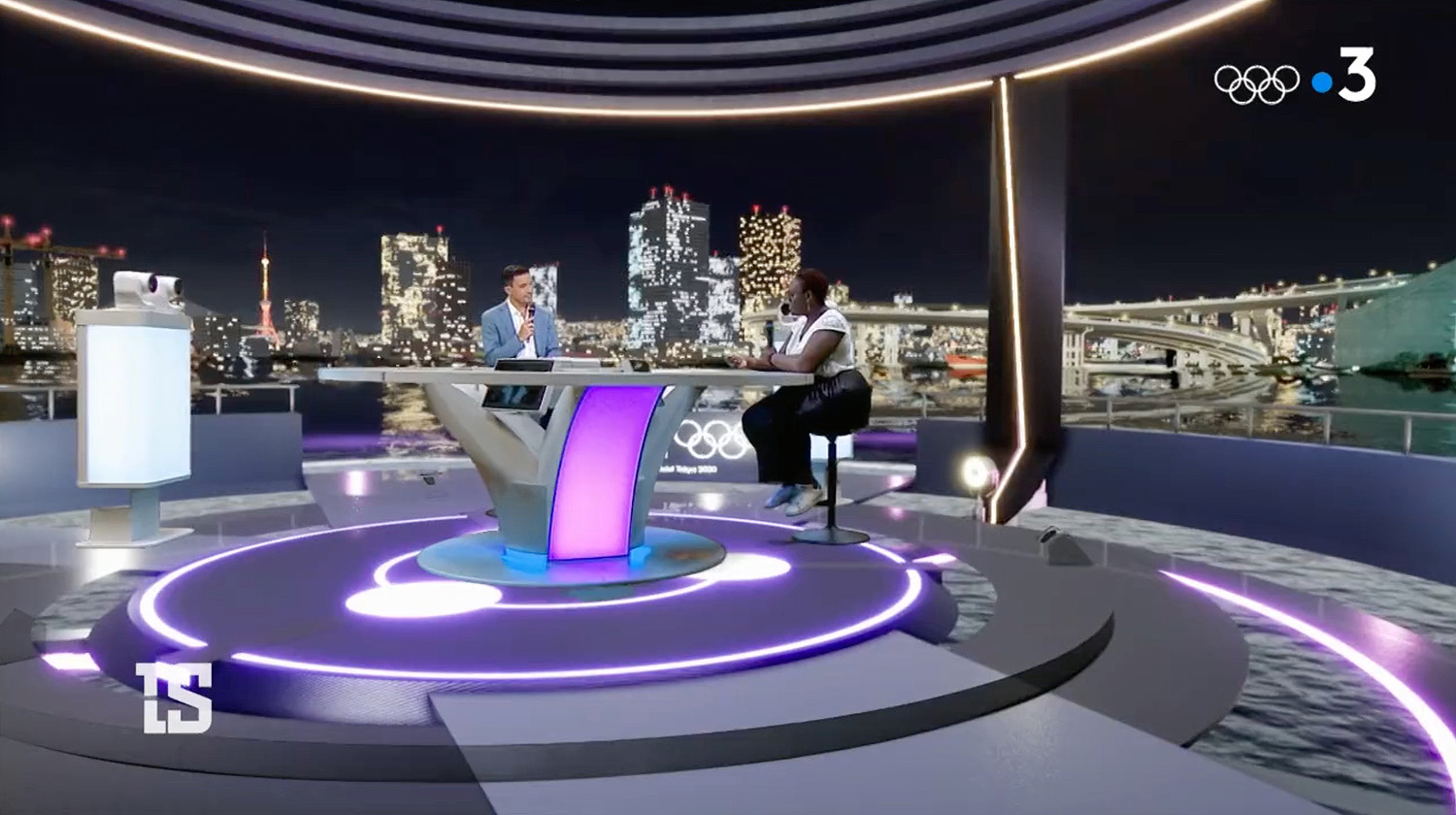 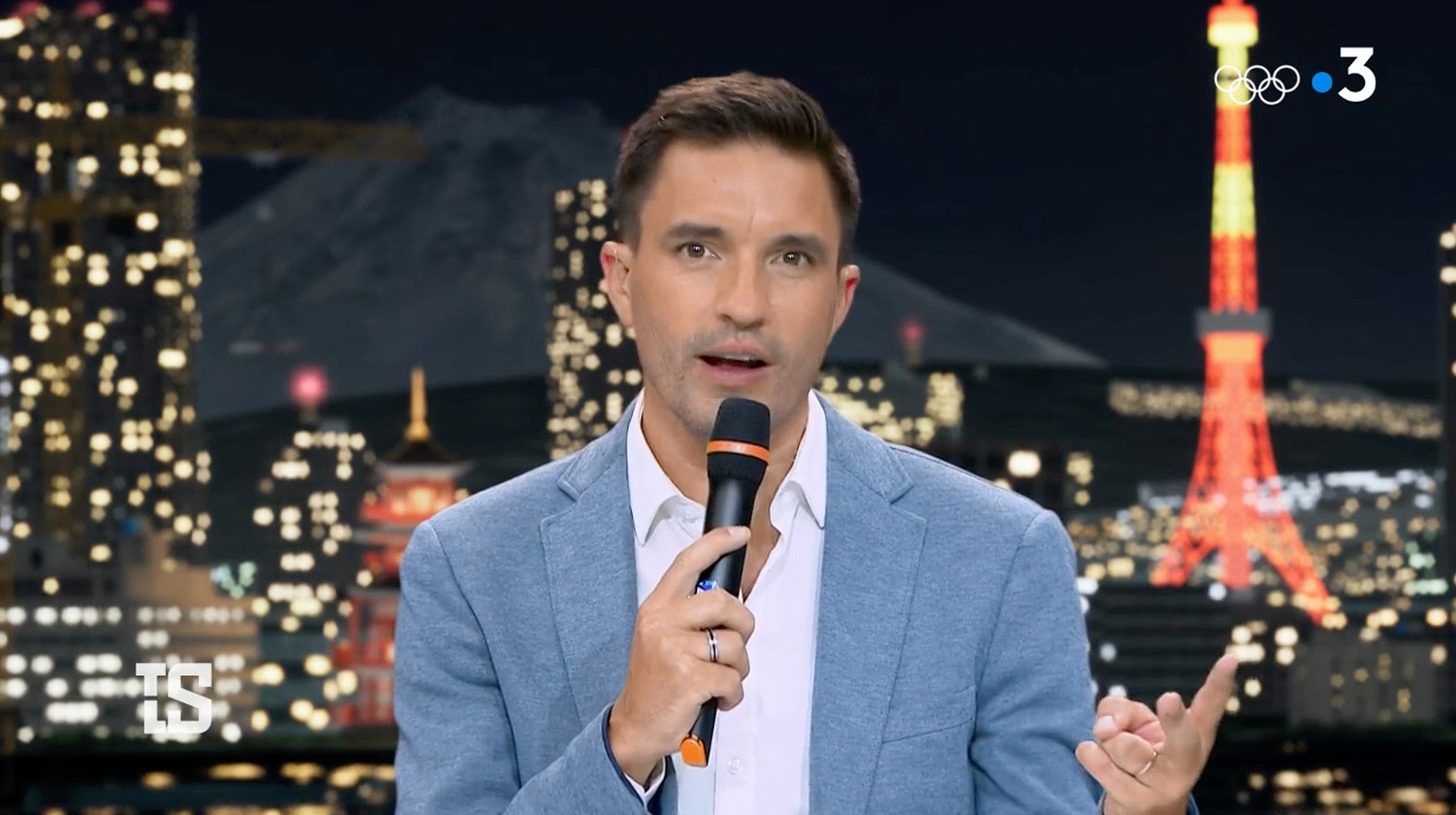 Fraisse notes that France Télévisions has built up to this moment and this studio concept, learning from its experience at the past few Olympic Games.

“For each of these special events, it is up to me to find an original and ‘differentiating’ idea to cover the event and to offer France Télévisions viewers an innovative presentation while remaining within constrained budgets,” said Fraisse.

“For this ambitious project entirely in virtual reality, the problem to be solved was to find how to repatriate the flow of images and to rig them on their arrival in Paris in real-time.”

Using space in France’s Olympic headquarters in Tokyo, known as Club France, the broadcaster has set up a small studio. The unique location, outside of the International Broadcast Centre, gives the broadcaster close access to the French delegation of athletes.

At approximately 300 square feet, the chromakey studio utilizes five cameras including a rail camera, jib and multiple Panasonic PTZ cameras, with Stype RedSpy for camera tracking. A circular desk for hosts and guests, creating a 360-degree space inside the “bubble,”  is the only hard scenic element. 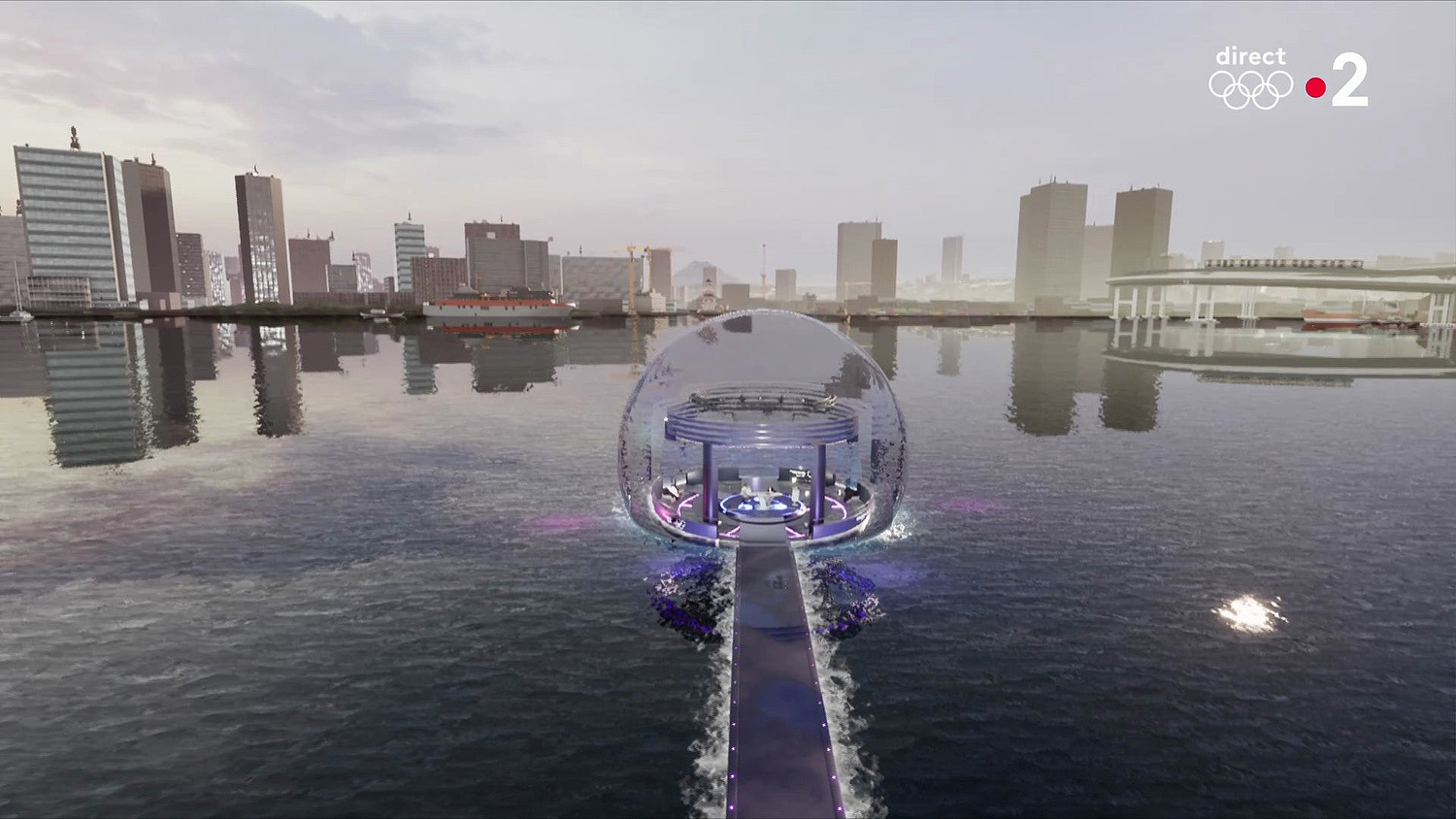 From the studio, the camera feeds with tracking data are then transmitted to Paris where the production is controlled remotely.

There, the virtual world of Tokyo is wrapped around the presenters, including real-time weather and lighting effects rendered with Epic Game’s Unreal Engine through Avid’s hybrid graphic servers and Maestro software.

“We have improved the system to go even further with the use of virtual cameras that offer non-existent points of view, worked on materials such as water, glass, the sky, as well as the city and the use of software which allows us to be perfectly connected with the time and weather of Tokyo,” said Fraisse.

The integration with Avid Maestro Live also allows for unique interactions within the virtual world, such as triggering fireworks for a French Olympic medal.

“In addition, we have imagined transitions to bring the viewer to the various competition sites thanks to a satellite camera system enhanced by sound design and a modern graphic design.” 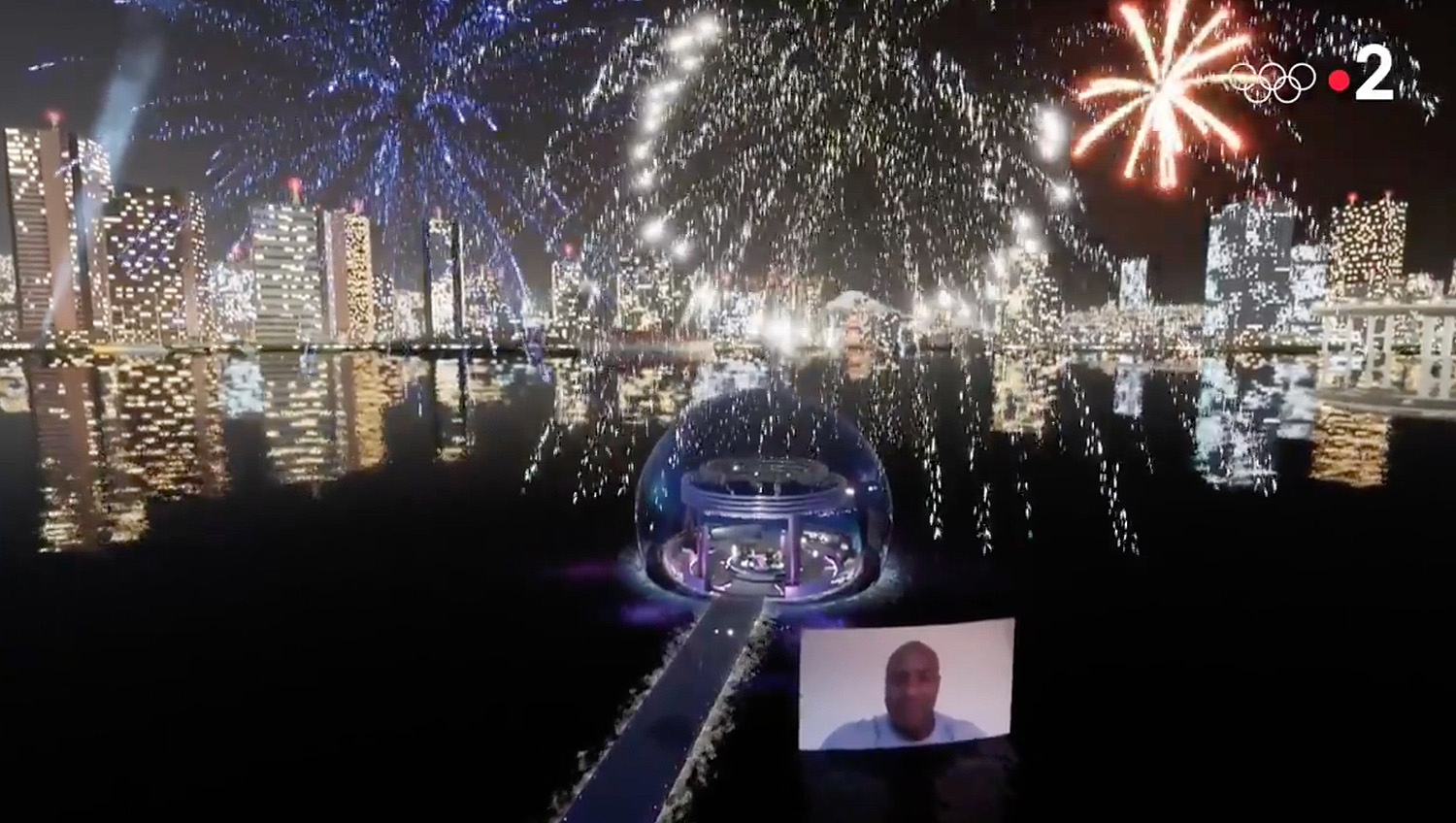 The overall design of the studio was handled by the network’s Real-Time Graphics department, with Franck Fellemann leading the physical scenic design and Nicolas Usdin leading lighting design. Virtual integration was handled by Luxiris.