How other U.S. networks, without official rights, are covering the Olympics 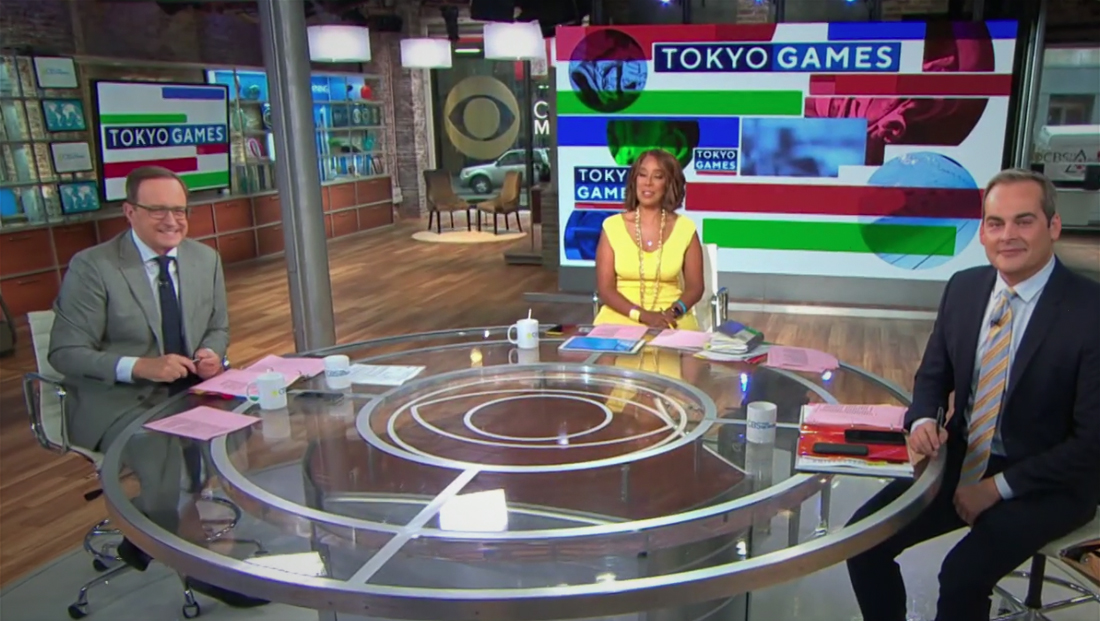 With NBC being the official rights holding broadcaster in the U.S., the country’s other major broadcasters are still covering the delayed 2020 Summer Olympics with their own special looks and on the ground presence. 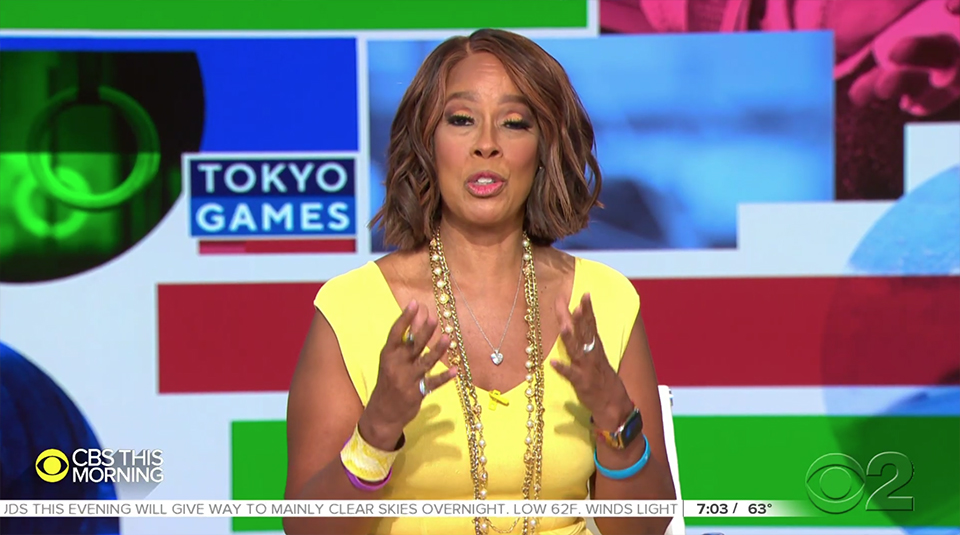 CBS News is using the name “Tokyo Games” along with a red, green and blue graphic motif that’s shown up on both “CBS This Morning” and “CBS Evening News” in late July and early August 2021. 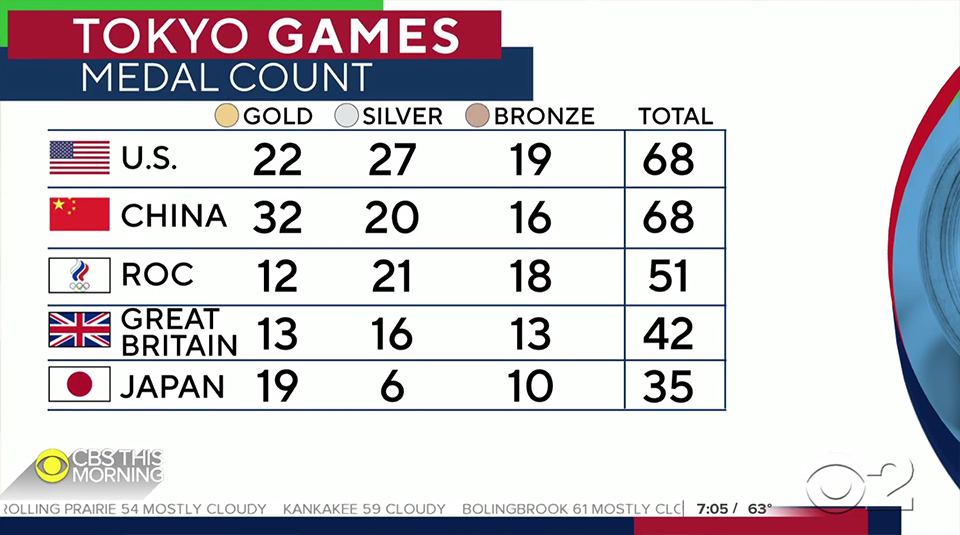 The look includes a medal count graphic for “This Morning.” 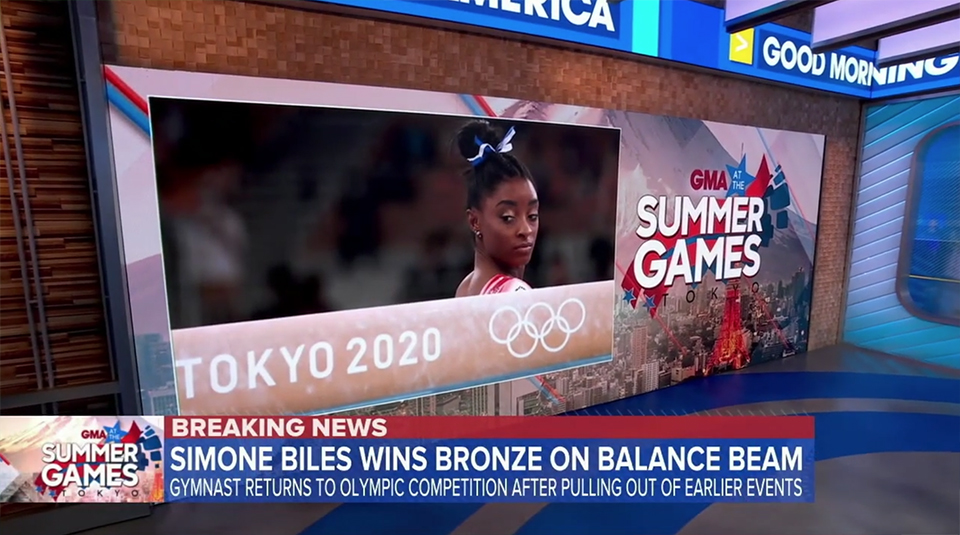 ABC News is using its “GMA at the Summer Games” branding that’s appeared on the network’s morning show in the past (alternatively under the name “GMA at the Winter Games.” 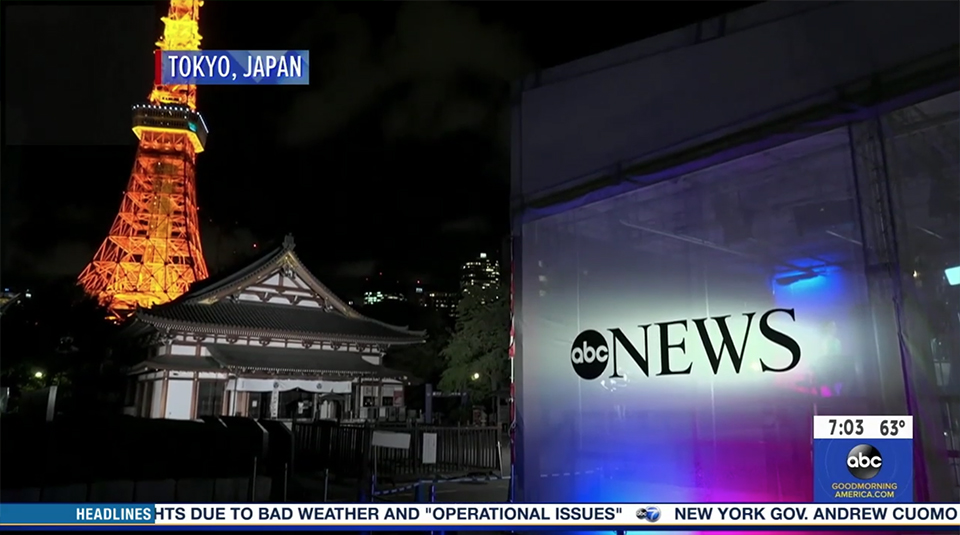 The network has erected a a temporary studio outside of the Zojoji temple that includes, in wide shots, a view of the famous Tokyo Tower.

Like all non-RHBs around the world, CBS and ABC face restrictions on how they can cover the Olympics.

How ESPN is covering the Olympics with COVID, rights restrictions https://t.co/Df24X6OS51 #TVNews #BroadcastNews

While they are mostly free to be on the ground in the host city, there is a complex set of restrictions NBC and the International Olympic Committee have formulated over how much live action footage can be used in a broadcast, so non-RHBs often mix in still shots. 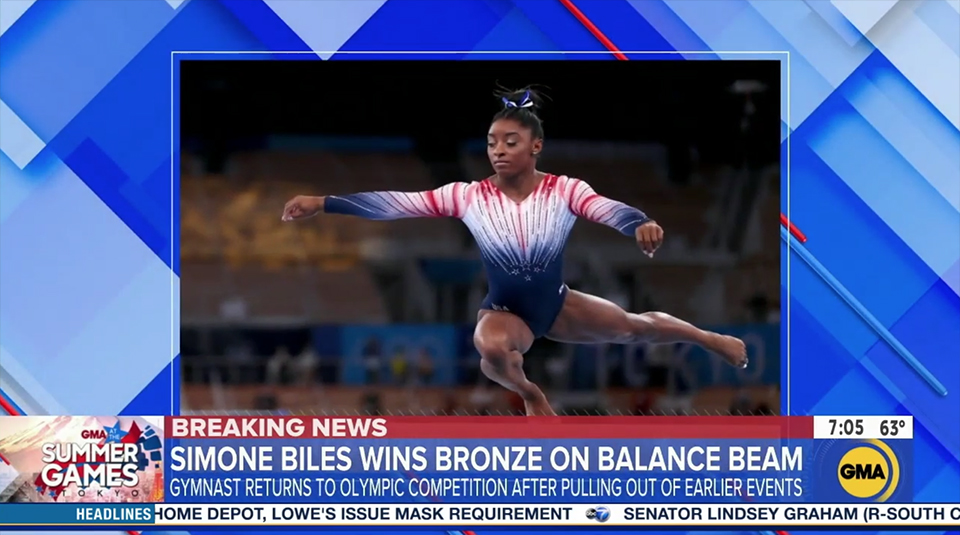 ABC News, for example, uses a red, white and blue background to showcase photos taken from photographers at events — using a sort of modified “Ken Burns” effect to blend in motion.

In the U.S., the United States Olympic Committee maintains control over the trademarks “Olympics” and “Olympiad” when applied to a sporting event, but news programs generally have wider latitude in using trademarked terms in the context of bona fide news coverage.

Similar situations include the use of the terms “Super Bowl” and “March Madness” in sports coverage of the event, no matter what network is carrying them, but it tends to be riskier to use it in commercials for, say, a “Super Bowl Sale” at a local pizza shop.

It appears that many non-RHBs, including ABC and CBS, have taken a path of less friction and avoid using the word “Olympics” in how they title their coverage of the games but still scatter it into scripts and on screen graphics.

ESPN, which is owned by ABC parent Disney, also has a sizable contingent working in Tokyo and uses the branding “ESPN Tokyo” with a circular hand drawn path. 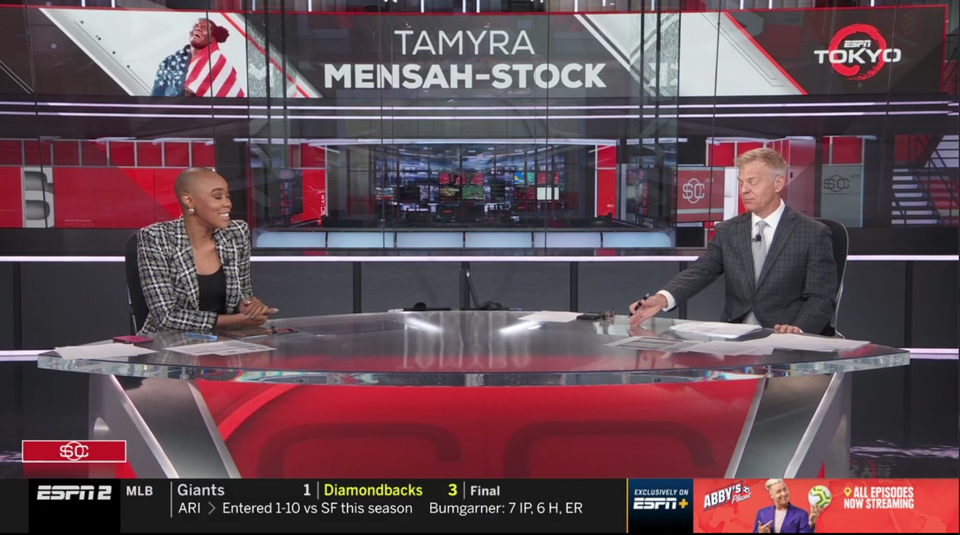 While the actions the IOC and RHBs take to restrict the use of Olympics footage and branding may seem aggressive, there are billions of dollars at stake.

NBC has held the summer rights since 1988 and the winter ones since 2002, when it became the exclusive RHB for both events, which normally occur every two years.