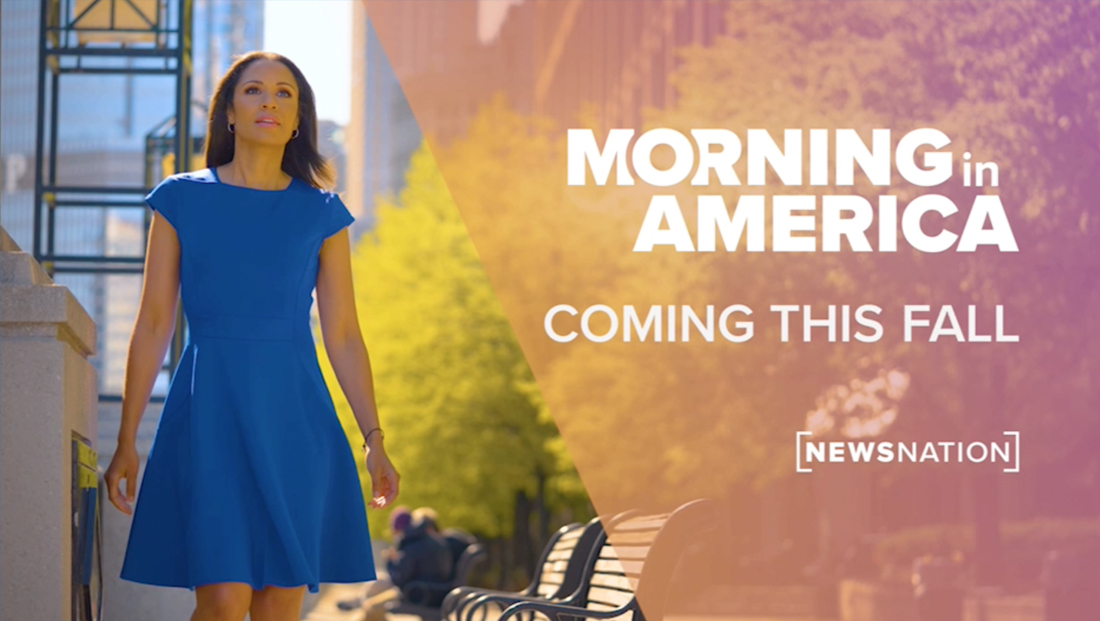 Nexstar’s struggling NewsNation channel has begun airing tease promos for its new morning newscast “Morning in America” that’s launching in the fall of 2021.

The three hour show will be anchored by Adrienne Bankert, a former ABC News correspondent.

In the promo, a collection of the not so fun parts of the morning are shown along with the on screen text “Mornings don’t have to be miserable.”

Following this are clips of cheerful people doing cheerful things, followed by “Wake up happy.”

It’s not clear if this promo is speaking in generalities or if the program will focus more on “feel good” news — perhaps human interest, puff pieces and kickers from Nexstar’s local newsrooms around the country.

The promo also gives a peek at the show’s logo — though it may just be a temporary design — where the letter “O” in “Morning” overlaps the letters on either side, suggestive of a sunrise.

The show, which happens to share its name with a Ronald Regan political commercial series, is the latest in a series of changes the network will have made in the year it’s been on the air.