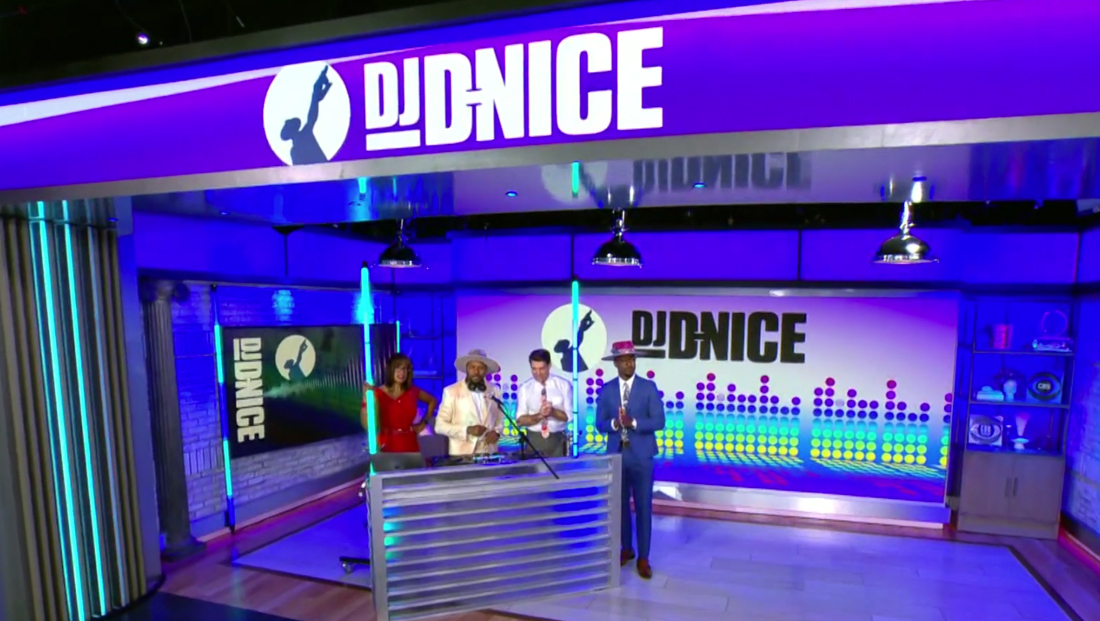 After debuting “CBS Mornings” Tuesday, Sept. 7, 2021, producers began to showcase other features of Studio 1515, the space in Times Square that the show calls home.

Much of the studio has large, seamless video walls, giving the show a lot of flexibility in terms of changing up looks on the fly.

This design is based heavily on the set CBS built for its 2020 election coverage.

On the debut broadcast, the network stuck mostly with topical graphics that matched the new graphics package or the virtual set extensions adding the look of “windows” and faux brick walls to the space. 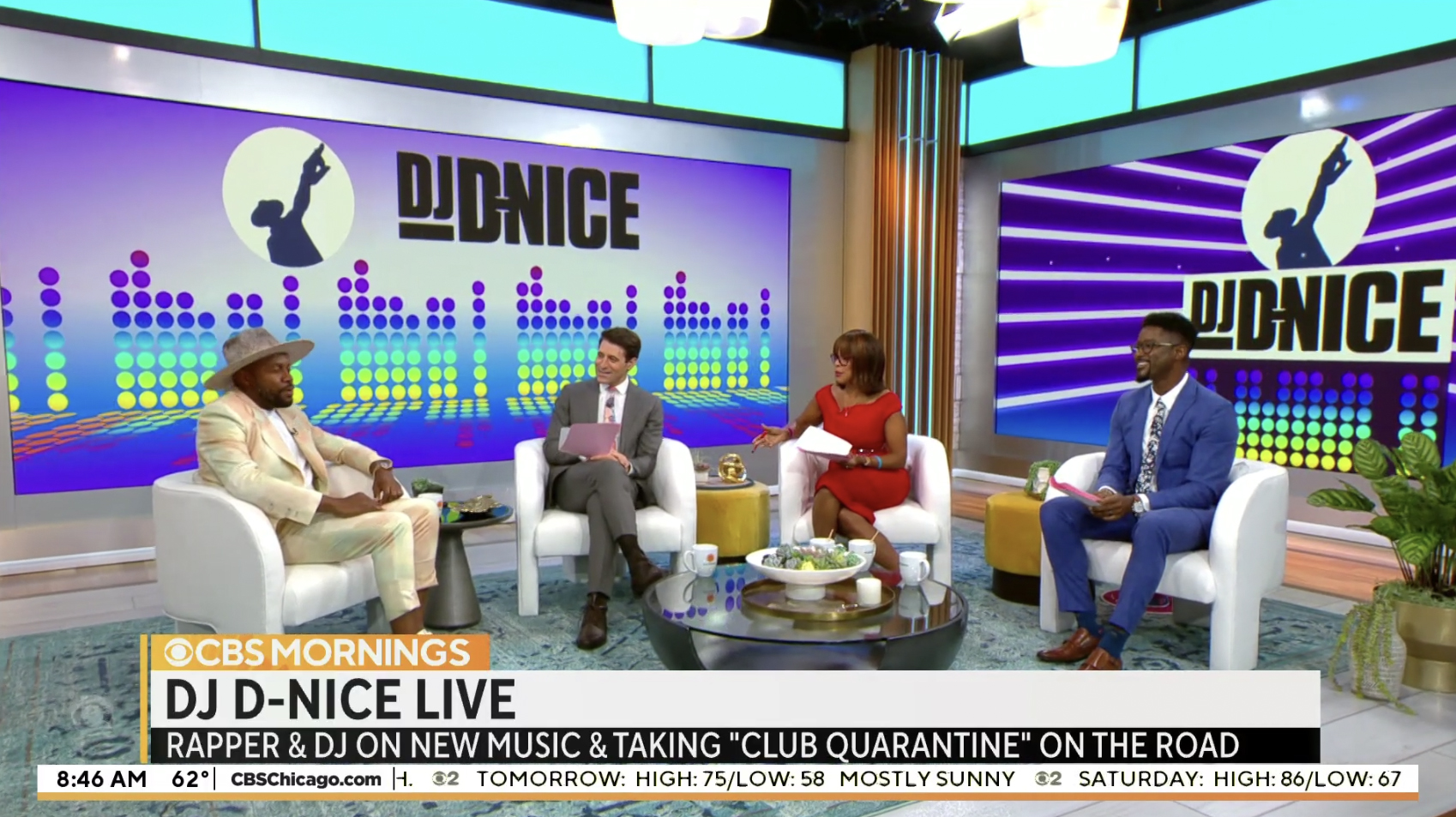 However, on Sept. 8, 2021’s show, a segment near the end on DJ D-Nice (“Mornings” ended with a music segment on its first day, too), the show opted for a full topical design on the studio video walls and ribbons that included a purple motif with audio spikes and logo.

There notably wasn’t a hint of any of the curved accents or deconstructed CBS logo pieces in sight — and the look was more along the lines of what rival “Today” often does with interview segments that take place in front of one of its numerous video walls. 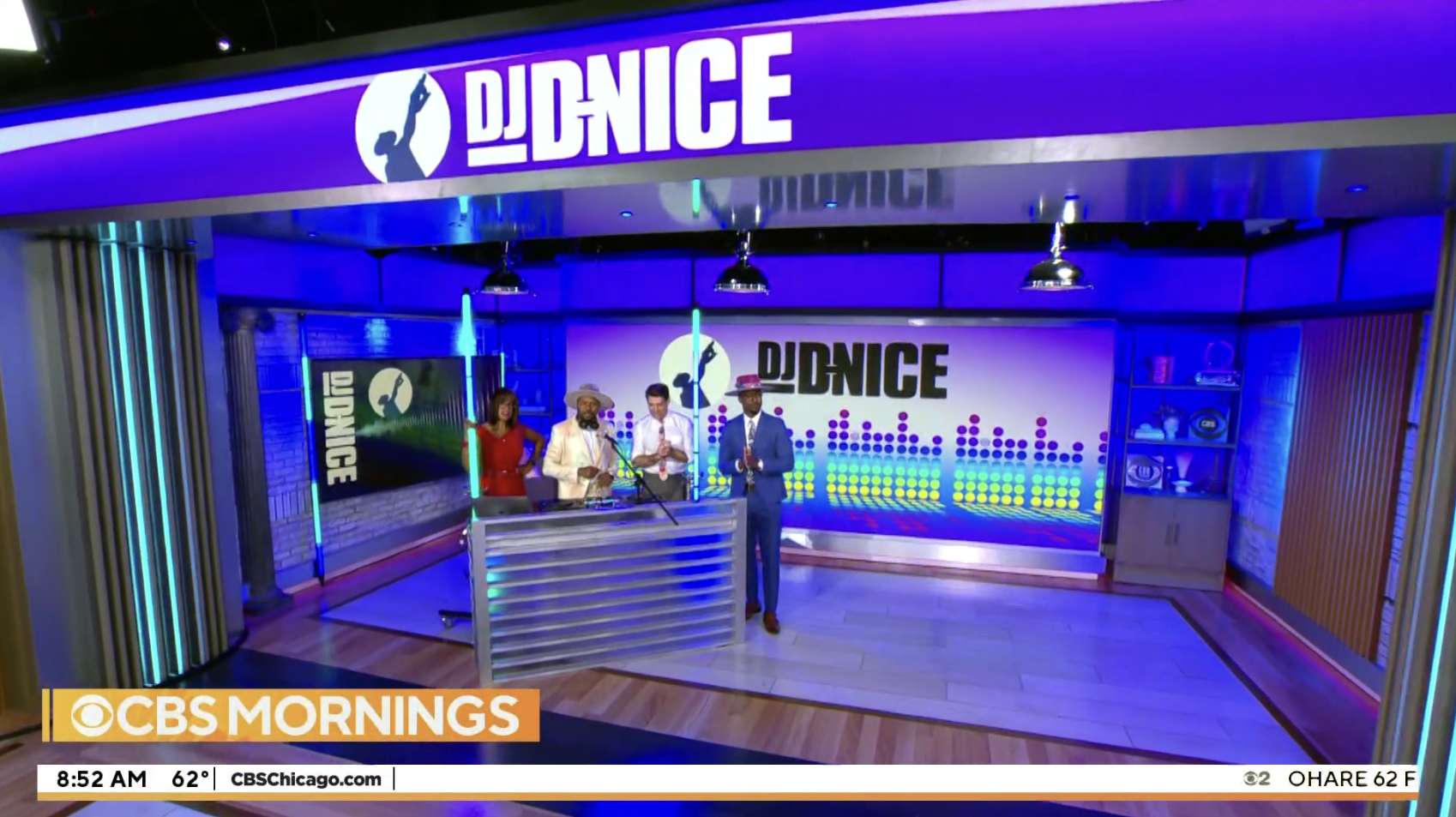 At the end of the Sept. 8, 2021, broadcast, a small portable ‘DJ booth’ was brought out to the camera right alcove, which was also dramatically lit in a deep blue-violet. Freestanding LED ‘poles’ were also added.

The fully topical look certainly put the focus on the subject of the story and stands out, but it also did take away a bit from the overall branded elements that the show only introduced yesterday — and with the multiple color, layout and animation effects available in the brand toolbox, it would have been interesting to see what designers could have come up with in terms of a branded topical look.

In addition, the look created for “Mornings” and CBS and CBS News as a whole, which share visual similarities, offer natural opportunities for “windows” to let photography or other graphics shine through.

The show also saw a series of other updates and tweaks on its second day on: 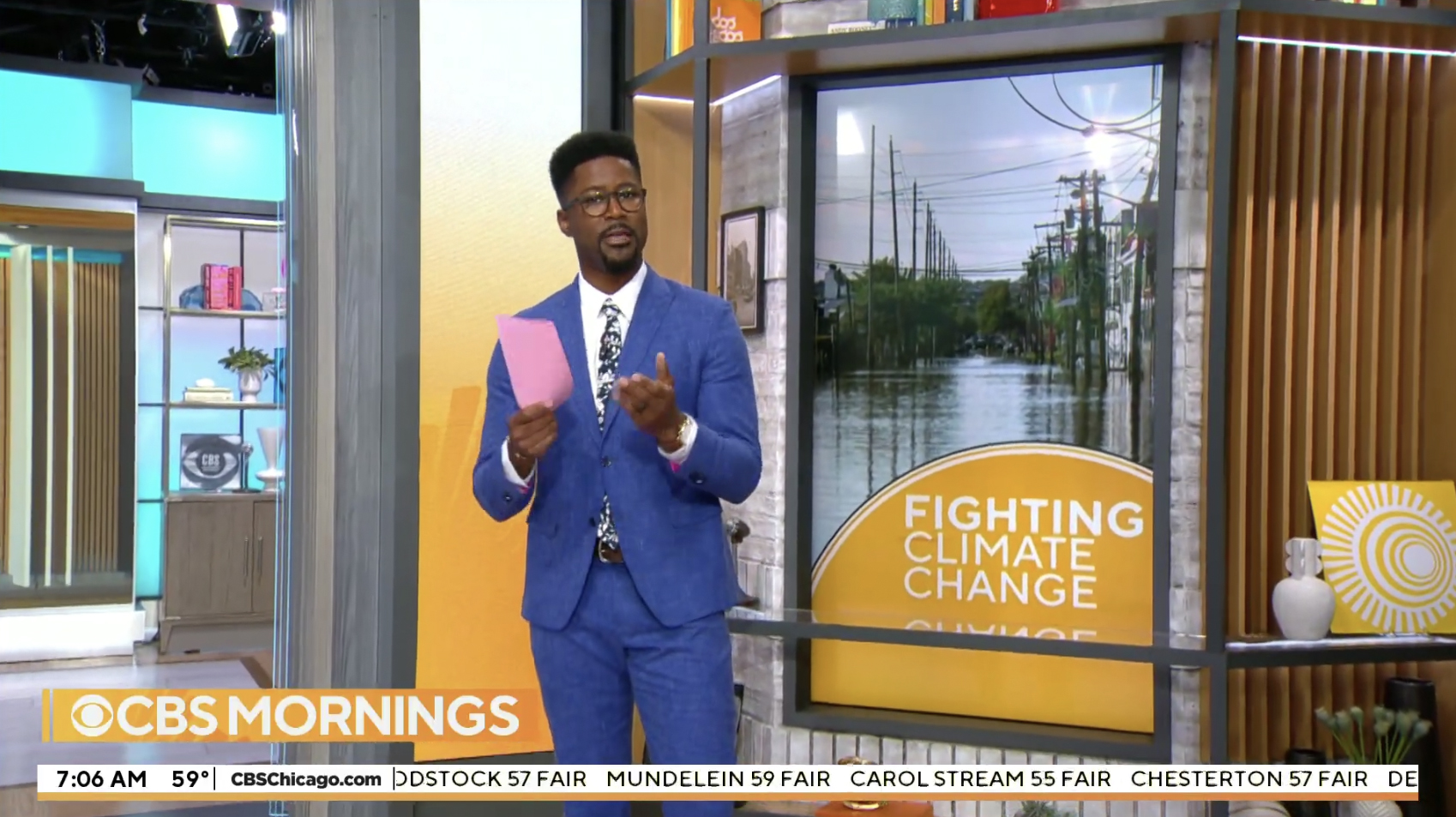 Nate Burleson introduced a segment from this alternative standup location, located between one of the video wall alcoves and green room. It features a vertical monitor that could be used to display an animated topical look, complete with a reflection effect just above the lower dark gray mullion. 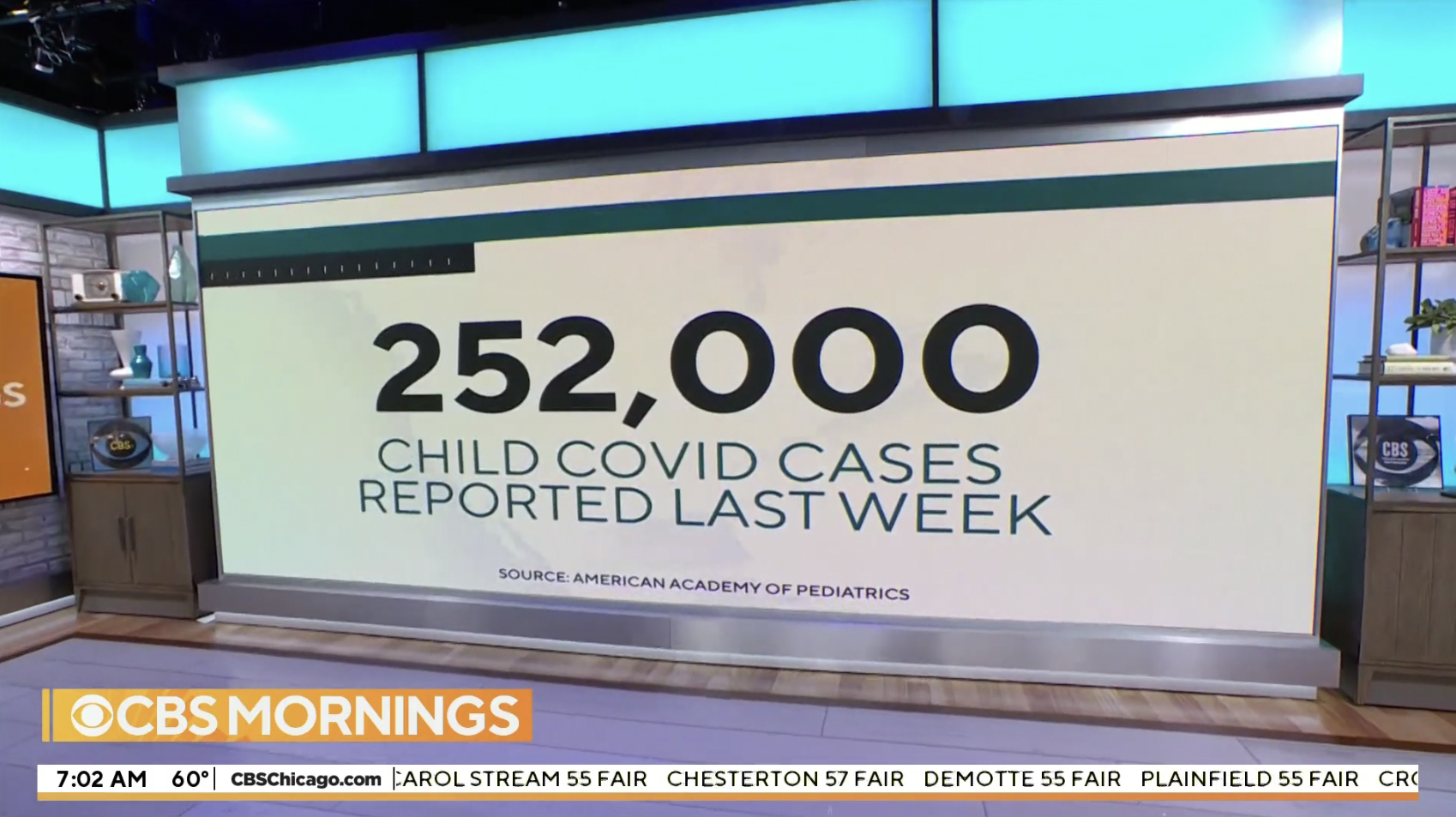 The video wall in the camera right alcove that juts out slightly was used for a ‘video on video‘ shot of COVID-19 cases in children shot ‘walk and wander‘ floating camera style. The show appears to be using a dark teal-green for coronavirus related stories. 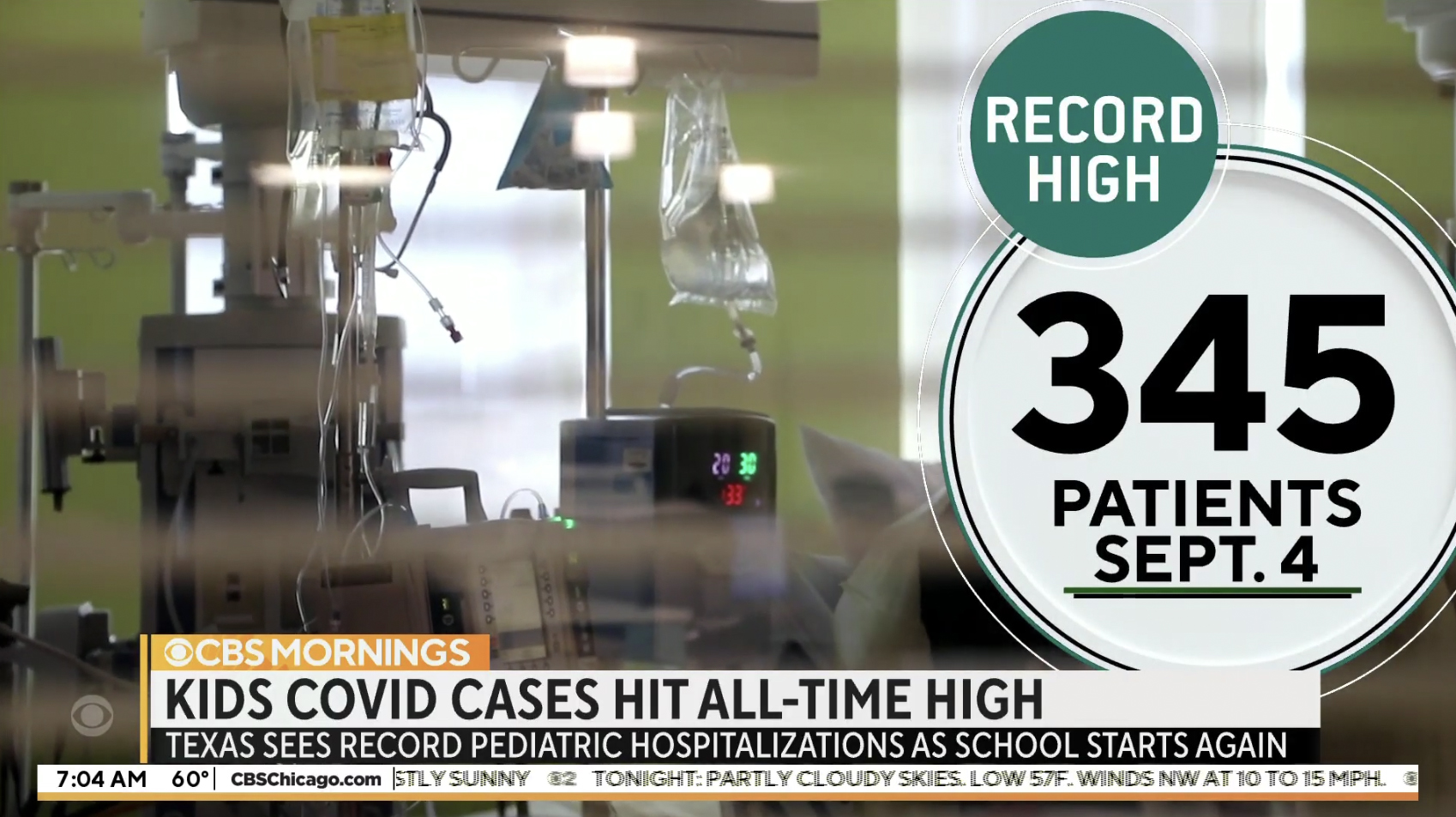 Likewise, during a package on COVID-19, some key facts appeared in circular ‘bubble’ overlays. 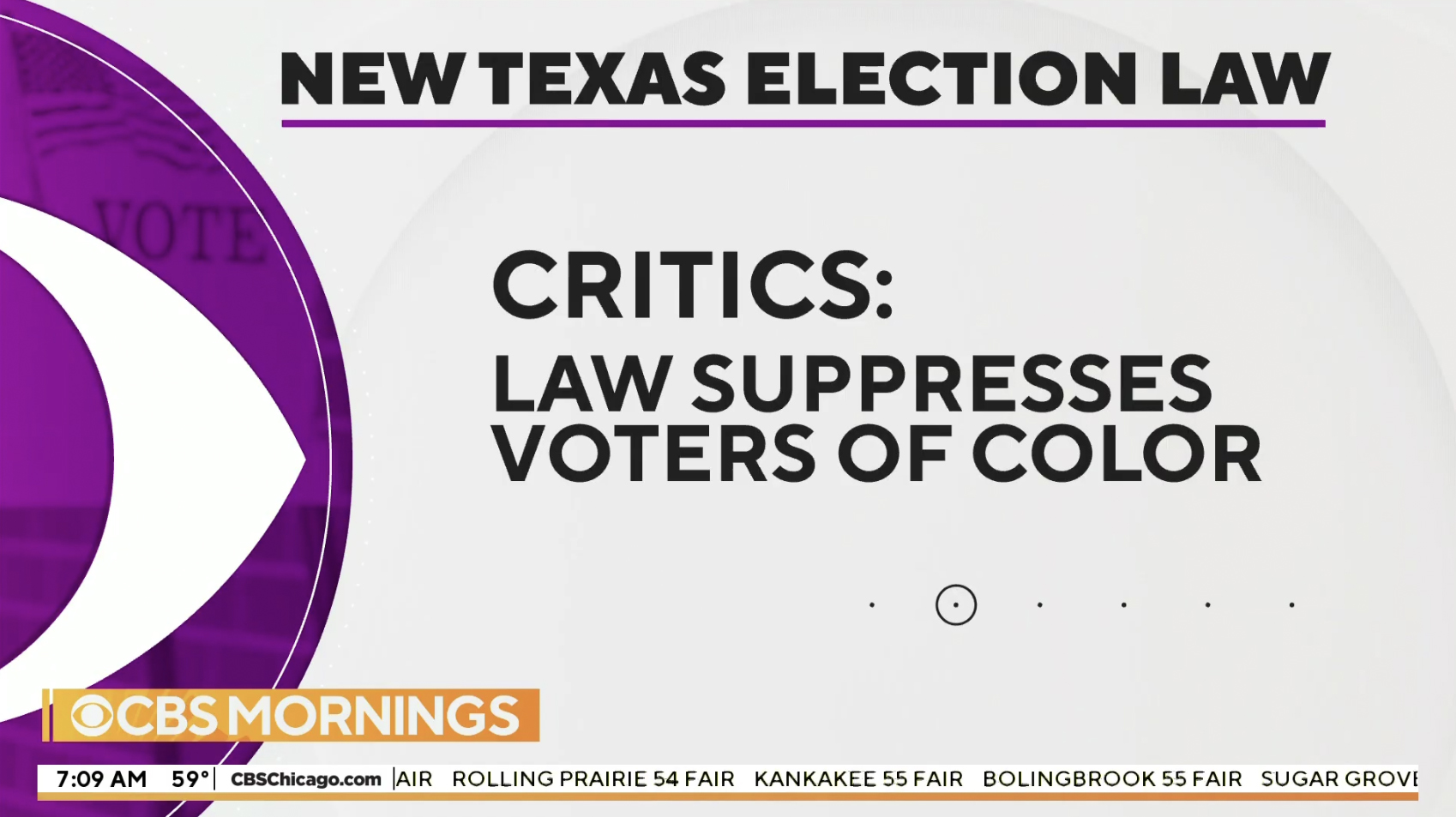 Another color, a bright purple, was used for a story about voter laws in Texas. 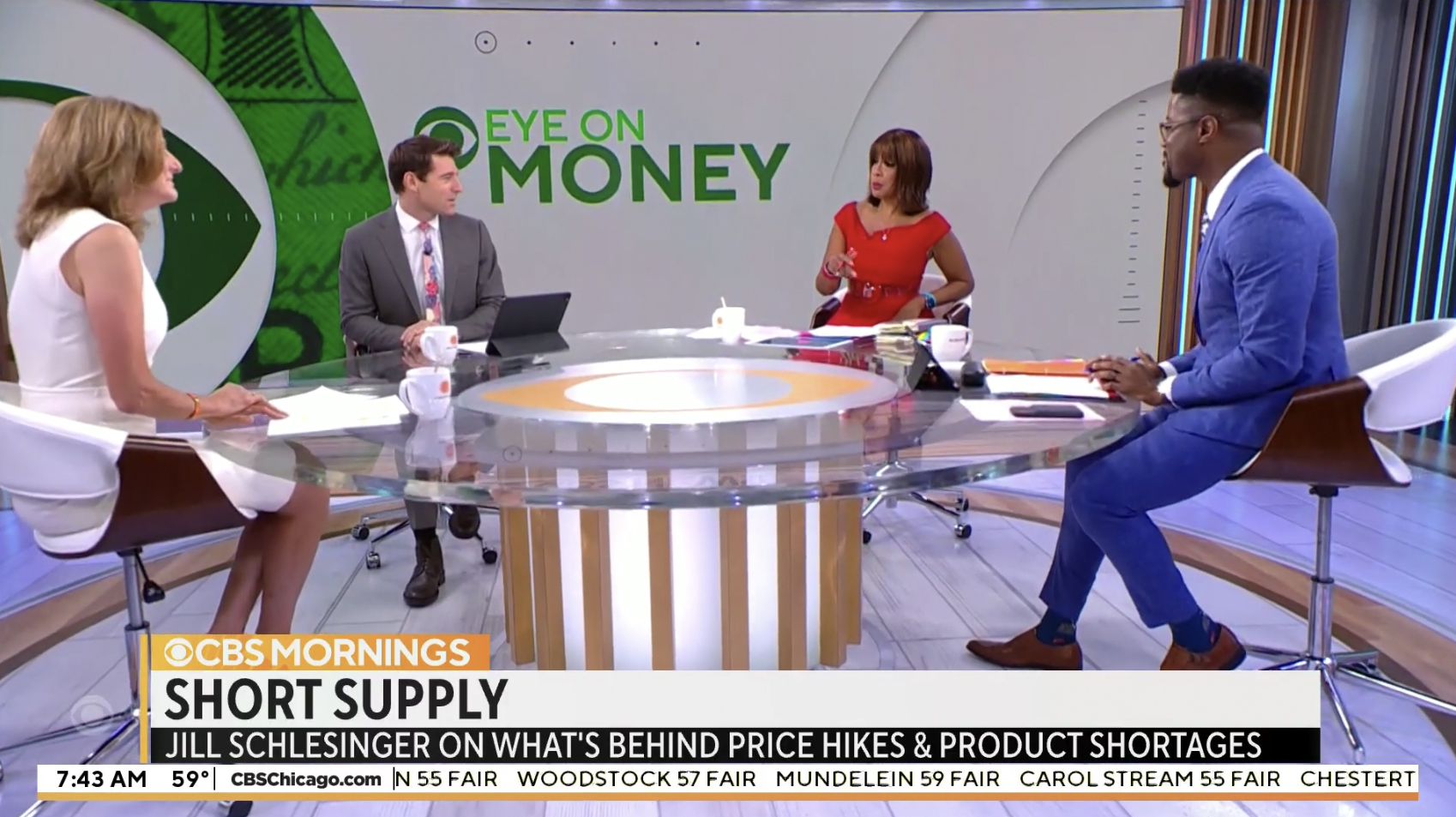 A much brighter shade of green appeared on the video wall behind the anchor desk during an ‘Eye on Money’ segment. 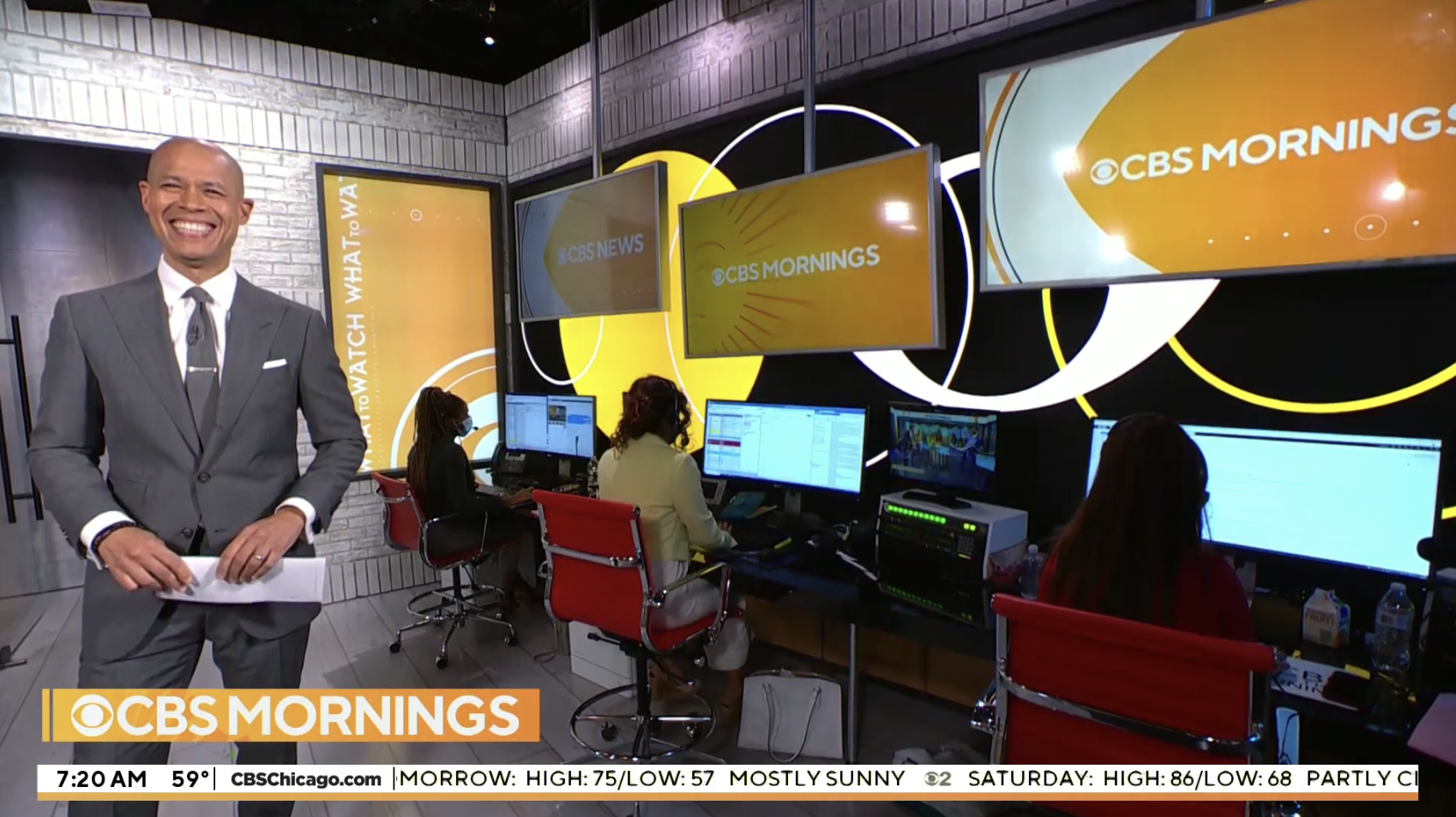 For a ‘What to Watch’ tease, Vladimir Duthiers, who was in the green room the day before, used the small work area that’s adjacent to the studio. The vertical monitor in the corner switched to an image of Britney Spears, who was one of the segment’s topics. 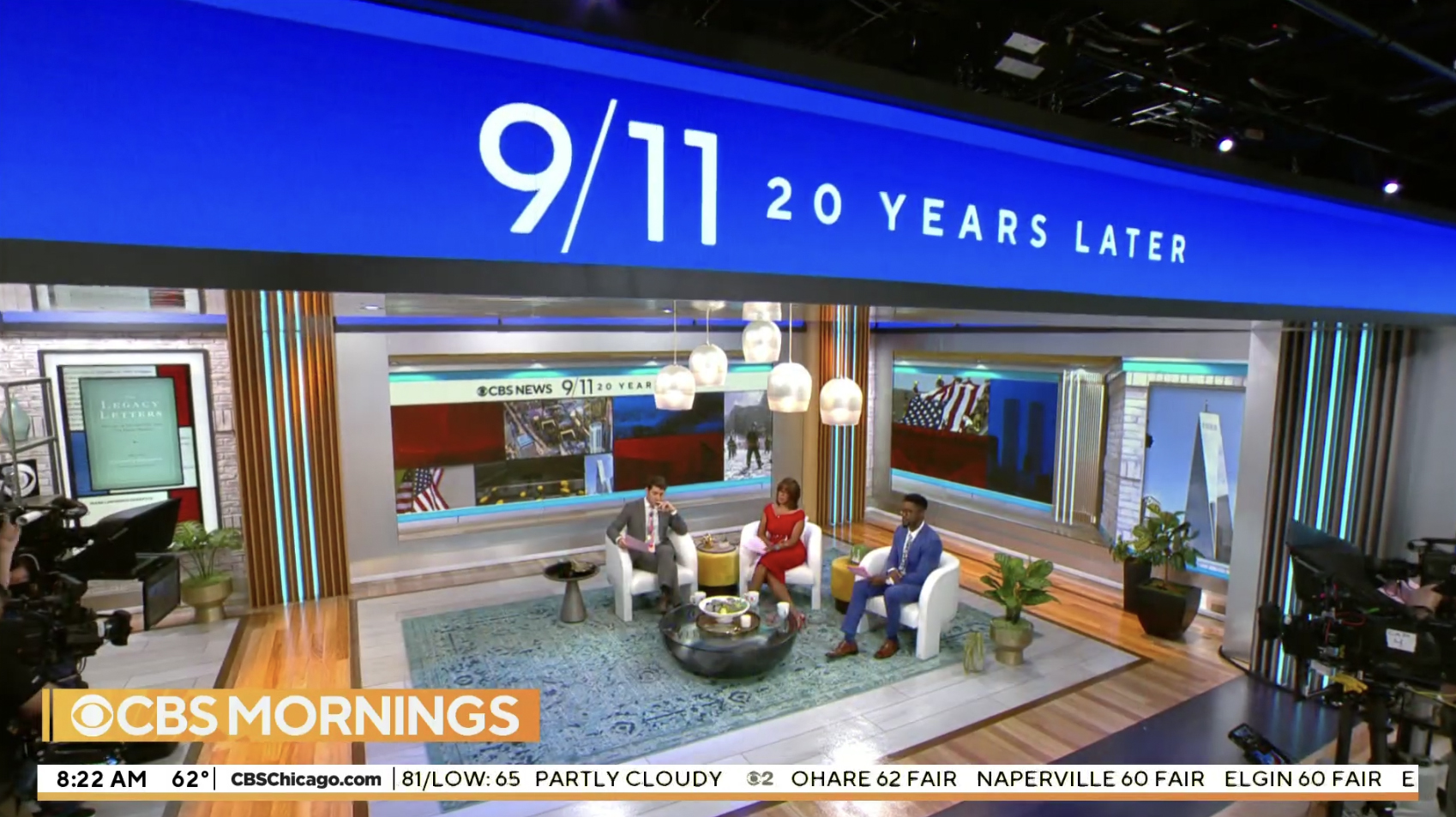 Here the network inserted its Sept. 11 20th anniversary branding on the video walls, combined with some of the virtual set extension designs and ‘CBS News’ branded headers. Also note the vertical ‘picture frame’ on the far left matches the look on the other screens.

Also on Sept. 8, the show, at least in the Chicago market, updated the “You’re watching” vanity card near the end of the show to reflect the new name, look and theme music.

Near the end of the Sept. 7 broadcast, Chicago area viewers saw a “You’re watching ‘CBS This Morning’…” tag instead, even though the show was no longer using that name.

Um, no you're not… (aired this morning) #CBSMornings pic.twitter.com/ntc2tvnecA