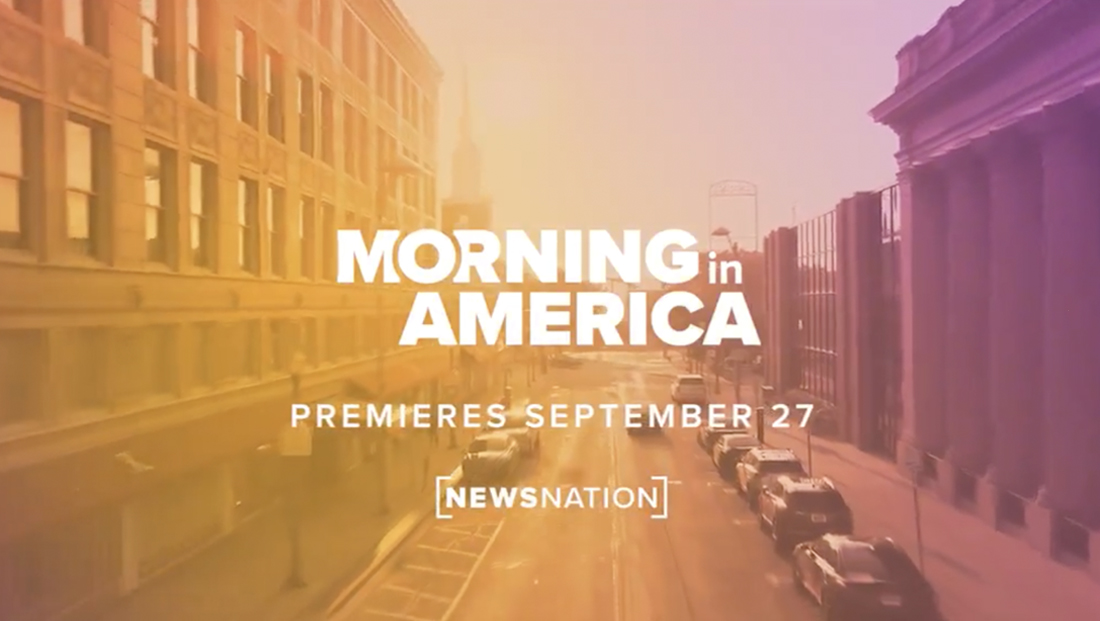 NewsNation has released another promo for its upcoming “Morning in America” broadcast that combines presidential quotes for its narration.

“We are excited to keep building a message and a product aimed squarely at Middle America — center-right, center-left and everything in between,” said Nexstar in a statement.

The new “anthem” promo borrows from some American presidential quotes combined with dramatic scenic, lifestyle, stock and spot news footage, including clips of the recent California wildfires and Hurricane Ida.

There are also clips of Bankert, a former ABC News personality, walking down the street and interacting with first responders, what appear to be nurses and walking on a dirt road near a field with a man.

Because on NewscastStudio research, lines from the promo do indeed match up to presidential speeches — though it seems to lean heavily toward Ronald Reagan lines.

Nexstar heavily markets NewsNation has a “bias free” alternative to other news.

The promo does include quotes from at least two other presidents whom most would consider ideologically different than Reagan.

However, after shifting away from its all news format and adding opinion and analysis shows as part of multiple schedule revamps, the network’s scheduled is quickly becoming less hard news focused.

Despite investing millions in the venture, NewsNation has yet to deliver any significant viewership for Nexstar.

Its national election night coverage was handily beat by Nexstar’s local independent station WGN, which was only broadcasting to the Chicago area.

“Banfield,” one of the network’s first efforts at a personality driven show featuring former CNN and MSNBCer Ashleigh Banfield attracted only 17,000 viewers on its debut night.