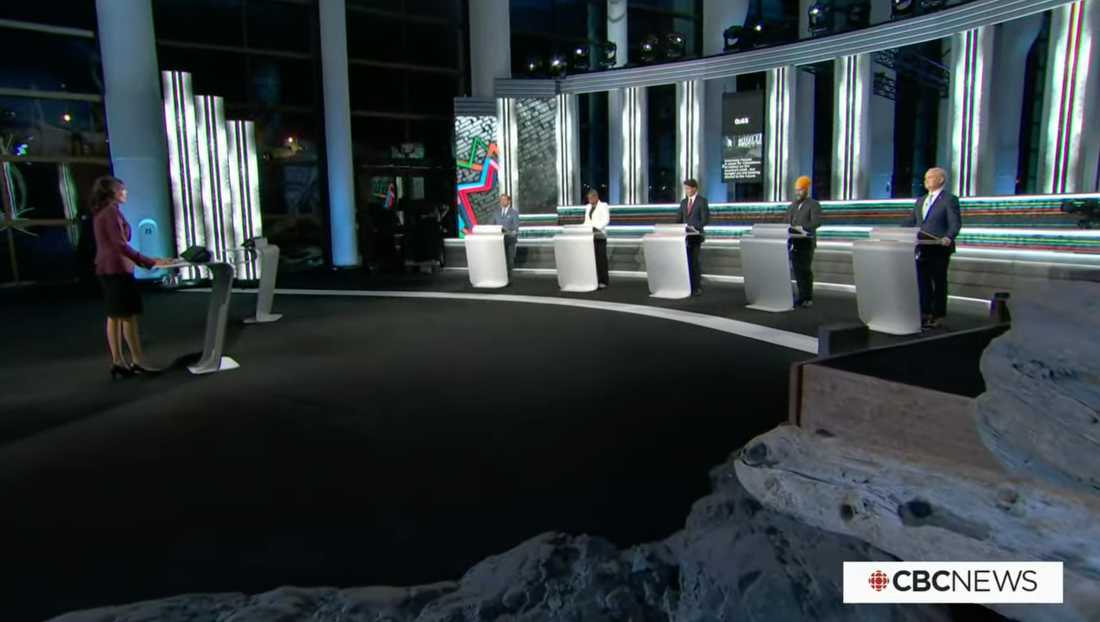 Canada is set to hold a federal election this month after Prime Minister Justin Trudeau’s request for a snap election.

This week on back-to-back nights, the leadership candidates met at the Canadian Museum of History in Gatineau, Quebec, for the English and French language debates hosted by the Leaders’ Debates Commission.

The debates follow another produced by French network TVA in early September.

The debates and staging were handled by the Debate Broadcast Group consortium, including 10 Canadian news organizations across television, radio, print and digital platforms including CBC, Radio-Canada, CTV, Global News and APTN, among others.

Inside the museum’s Grand Hall, which features a wall of windows overlooking the Ottawa River along with many totem poles and First Nations exhibits, the debate stage was erected. 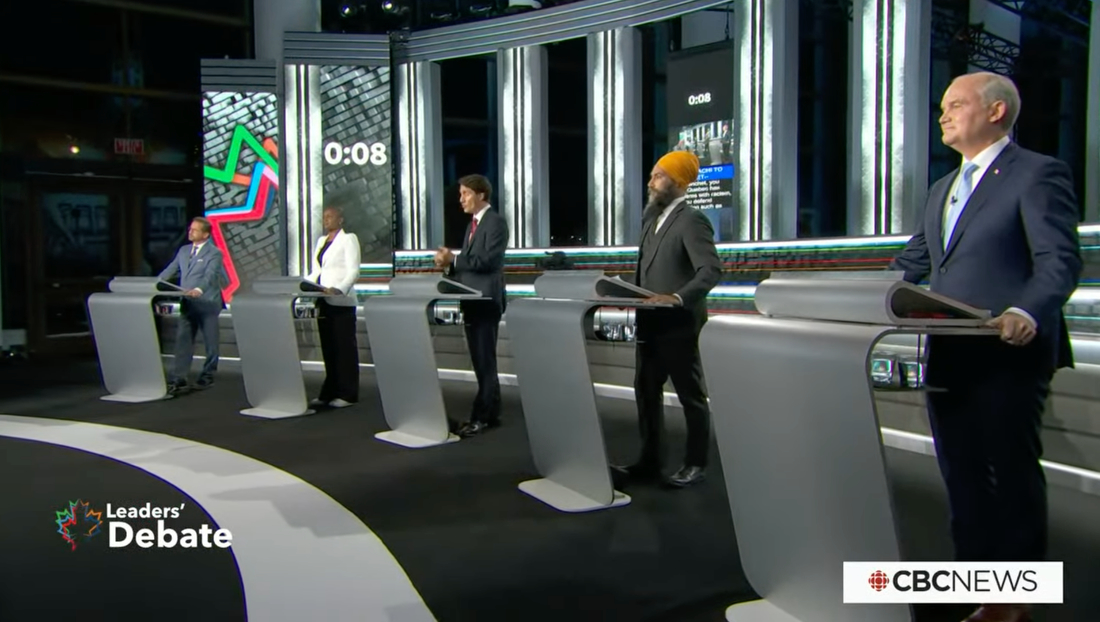 Large LED walls provided the primary scenic design element along with cove-lit textural “window” openings that featured views of the unique museum setting. Colorful bands weaved throughout the displays to represent each political party and were also used to bring in questions and display time clocks. 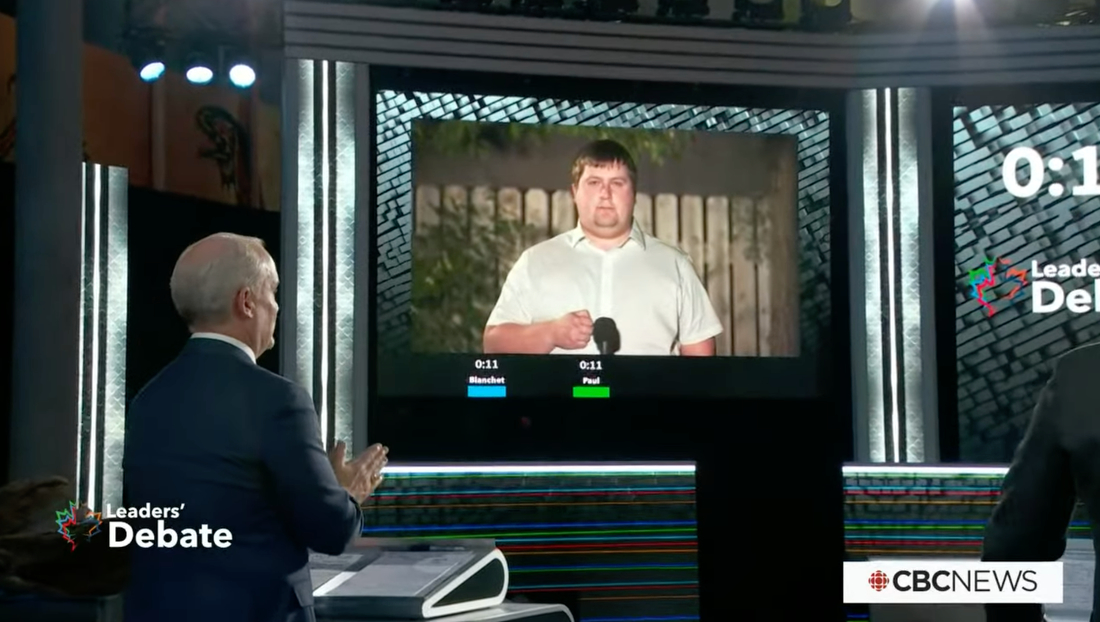 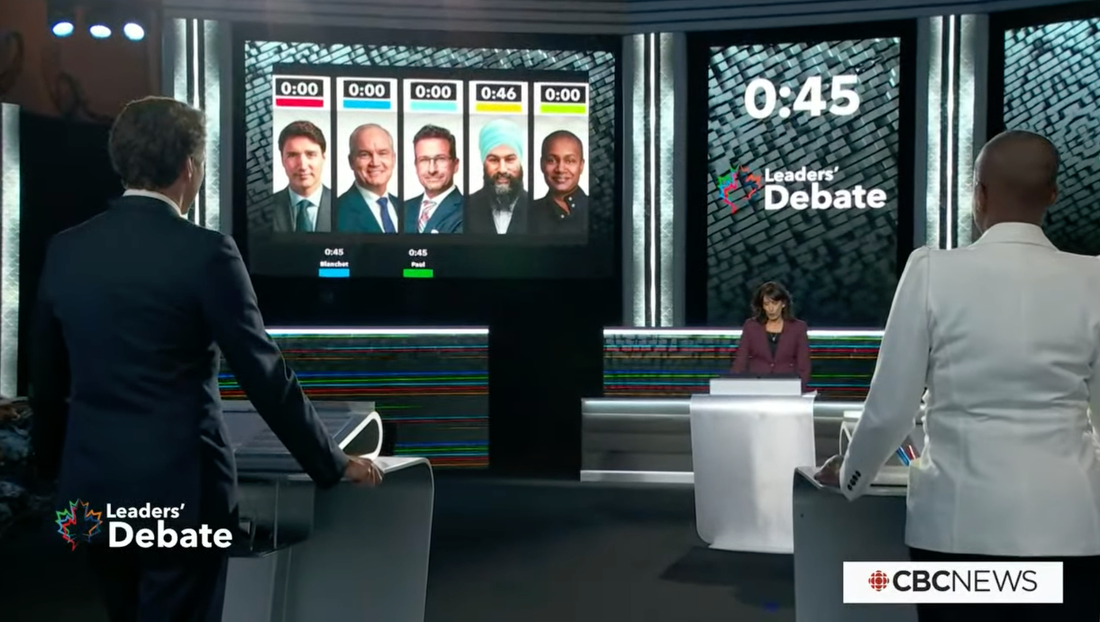 APG Rentals, a division of APG Media Group, handled the display rigging and rental LED for the debate.