CBS to update former ‘This Morning’ studio for streaming broadcasts 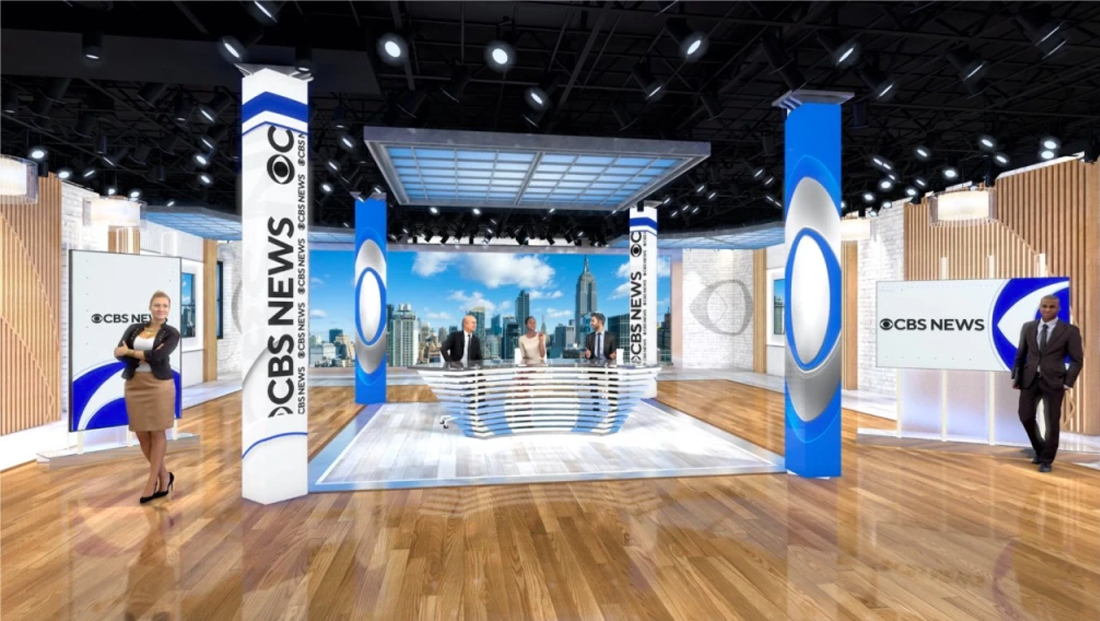 Along with dropping the “N” from its name, CBS’s news streaming service is slated to move into an updated Studio 57, the former home of “CBS This Morning” and “CBS Evening News.”

Studio 57 will be updated as a dedicated home to the network’s digital efforts.

According to a rendering released by the network, the space will get upgraded video wall technology, LED wrapping the structural support pillars surrounding home base and additional standup venues with LED.

Other updates shown in the rendering include a switch to white exposed brick in favor of the current tan with deconstructed CBS eye logo elements and vertical slats, similar to the updated Studio 1515 in Times Square that the network moved its morning show to earlier in September 2021 (at the time, “This Morning” became known as “CBS Mornings“).

The network also appears poised to bring in an anchor desk similar to the one it used for debate and election coverage.

A ceiling element that was part of the original set also is shown.

CBS originally built the current Studio 57 set in 2012 for the relaunch of “CBS This Morning,” creating a loft-like look with exposed brick and open shelving that displayed network memorabilia along with multiple video walls.

After the 2016 election, which used the studio, CBS moved “Evening News” into the space permanently, eventually removing to that broadcast’s old set in nearby Studio 47.

Studio 47 has since been converted into the network’s main newsroom but does still have a camera position and anchor desk there.

Studios 47 and 57 are among several in the complex warren of interconnected buildings that together form the CBS Broadcast Center in New York City.

CBS owns the property outright but its parent, ViacomCBS, has put the network headquarters skyscraper, known as “Black Rock” up for sale, opting instead for the One Astor Place Viacom building to serve as its base.

One Astor Place also has the street address 1515 Broadway and contains the “CBS Mornings” set on a mezzanine level that was once partially used for MTV’s “Total Request Live.”