MSNBC’s “José Díaz-Balart Reports” debuted from the Telemundo Center in the Miami area, using the sprawling set of “Noticias Telemundo” that uses its plentiful video walls to display virtual set extensions and graphics to bring the look more in line with the network’s overall look.

The set, which combines a large curved seamless video wall in the center along with structural columns, balconies and stairways situated in front of a wraparound wall with color changing LED accents, was updated with NBC peacock themed desk swapped out in favor of the large, futuristic desk that normally its in the space.

Half of the peacock, or three “feathers” sit on the floor, while the other half runs vertically to create the front of the desk. Each feather is outfitted with LED technology.

Meanwhile, the large video panel camera left is leveraged at the top of the hour for tease headlines, with full width versions of the MSNBC lower third banners running long the bottom of the screen. 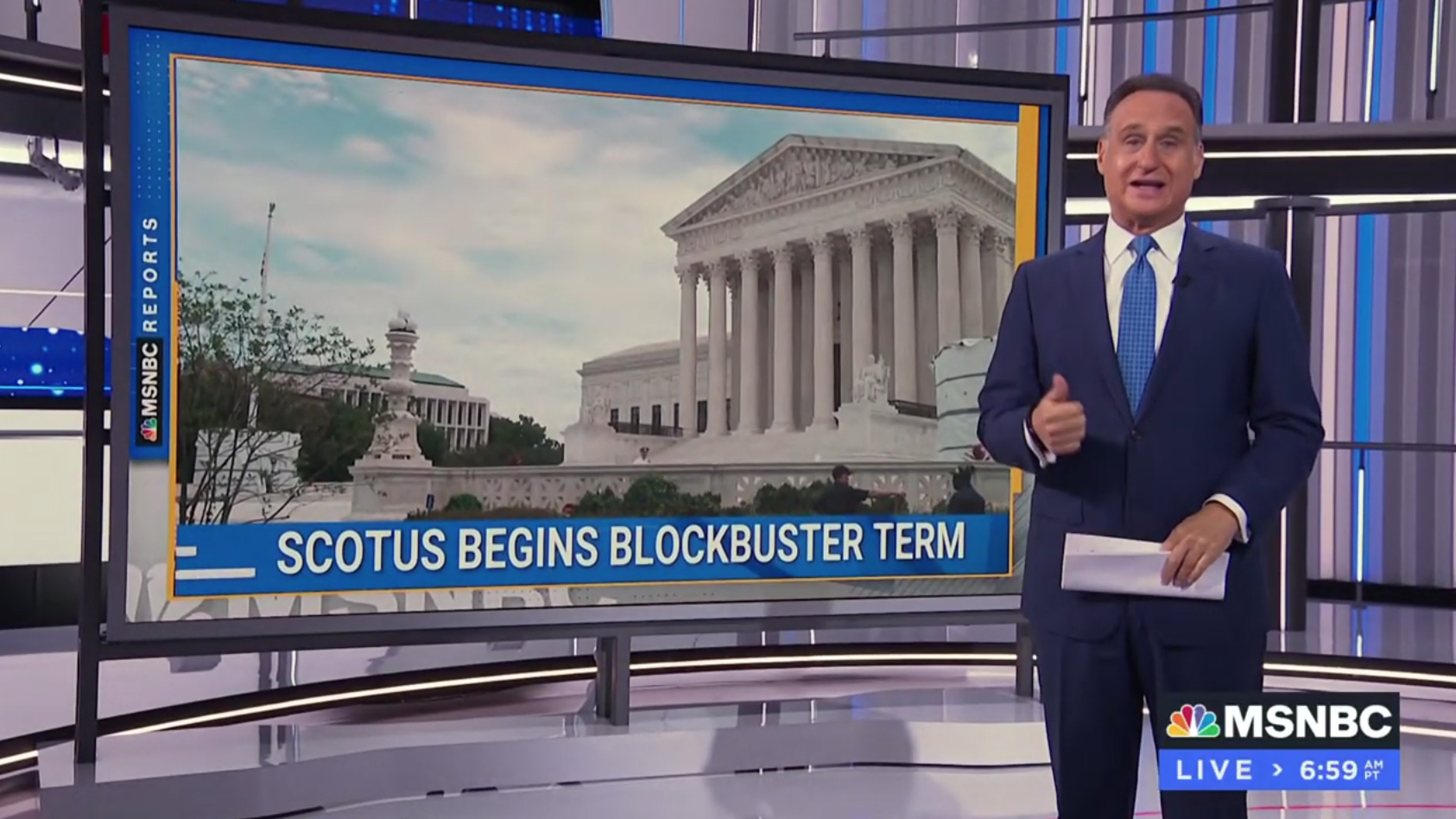 Later in the week, the tease graphics were updated with a white, blue and yellow ‘MSNBC Reports’ branded frame with the lower third headline banners feature a double line accent on the left side, very similar to the ones use for fullscreen teases during New York based hours.

The set’s main video wall, meanwhile, displays a virtual set extension depicting a variety of curved “walls” that have their own “video walls” in the 3D scene.

Camera left is an area with curved LED ribbons that can be used to display topical graphics as well as generic blue and yellow imagery inspired by the “MSNBC Reports” look.

There’s also some simulated windows, while the center of the image features a curved “video wall” with a portion that juts out into the space and typically displays a 3D NBC peacock with the word “Miami” below it.

The virtual set extension’s walls can also change to a red color scheme for breaking news.

The rest of the “wall” wraps around a simulated riser and can display a variety of topical graphics as well as generic graphics, often using either angular gradients or block-style animations to insert graphics.

On the far right is a virtual curved staircase, similar to the real one found nearby and the atrium of Telemundo building that was accented with augmented reality during 2020 election coverage (why there’s two sets of “stairs” right next to each other is a bit of an oddity created the virtual look).

The scenic walls’ vertical backlit bars, meanwhile, are switched to blue and white to match the “Reports” look.