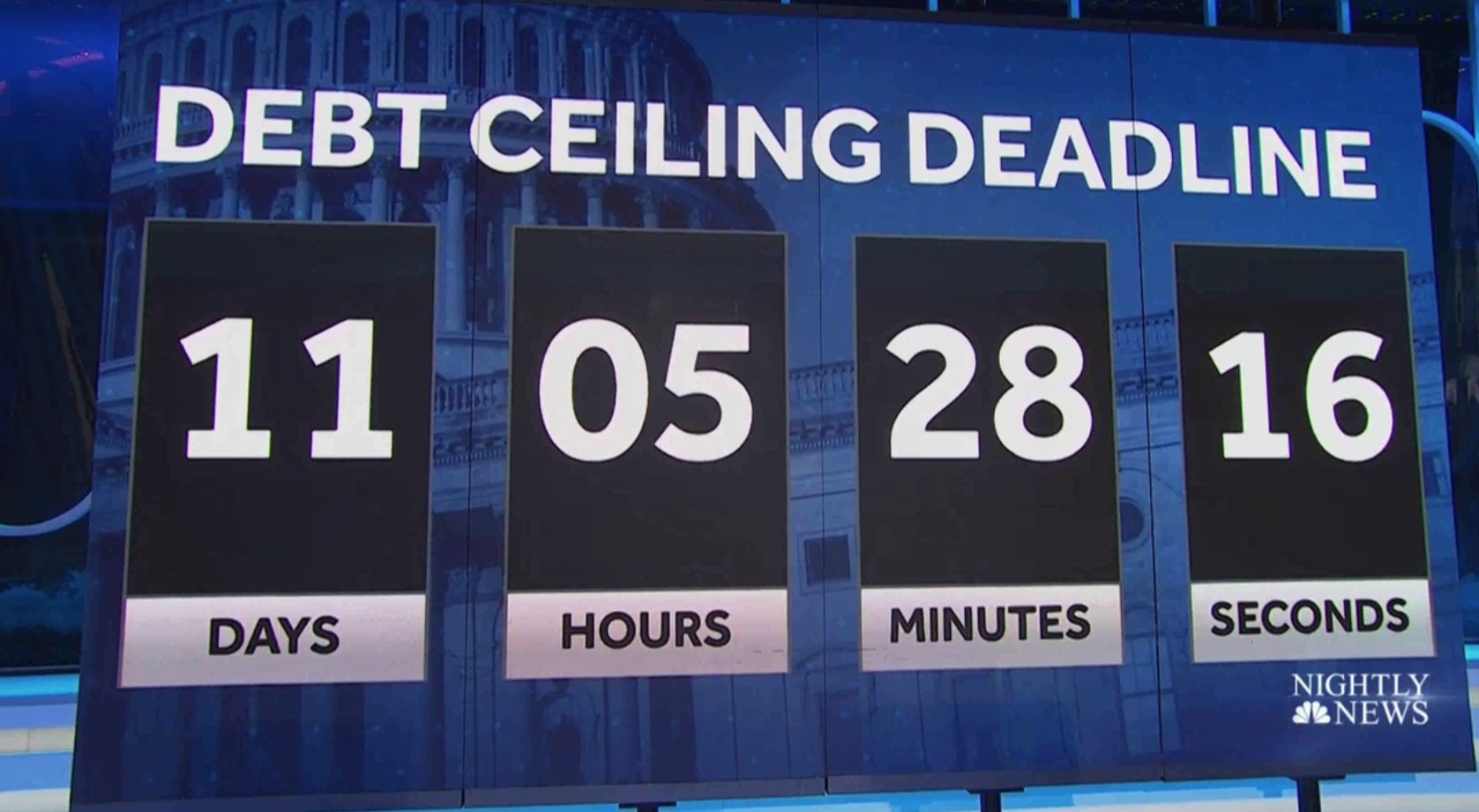 “NBC Nightly News” showcased a countdown clock for the deadline to increase the debt ceiling using an on set video wall, a slick look that had to be updated in later versions of the Oct. 7, 2021 edition of the newscast, however.

As anchor Lester Holt discussed the looming deadline, the network cut to a floating camera video on video shot of the production area LED panels along the north side of Studio 1A showcasing a “live” countdown. 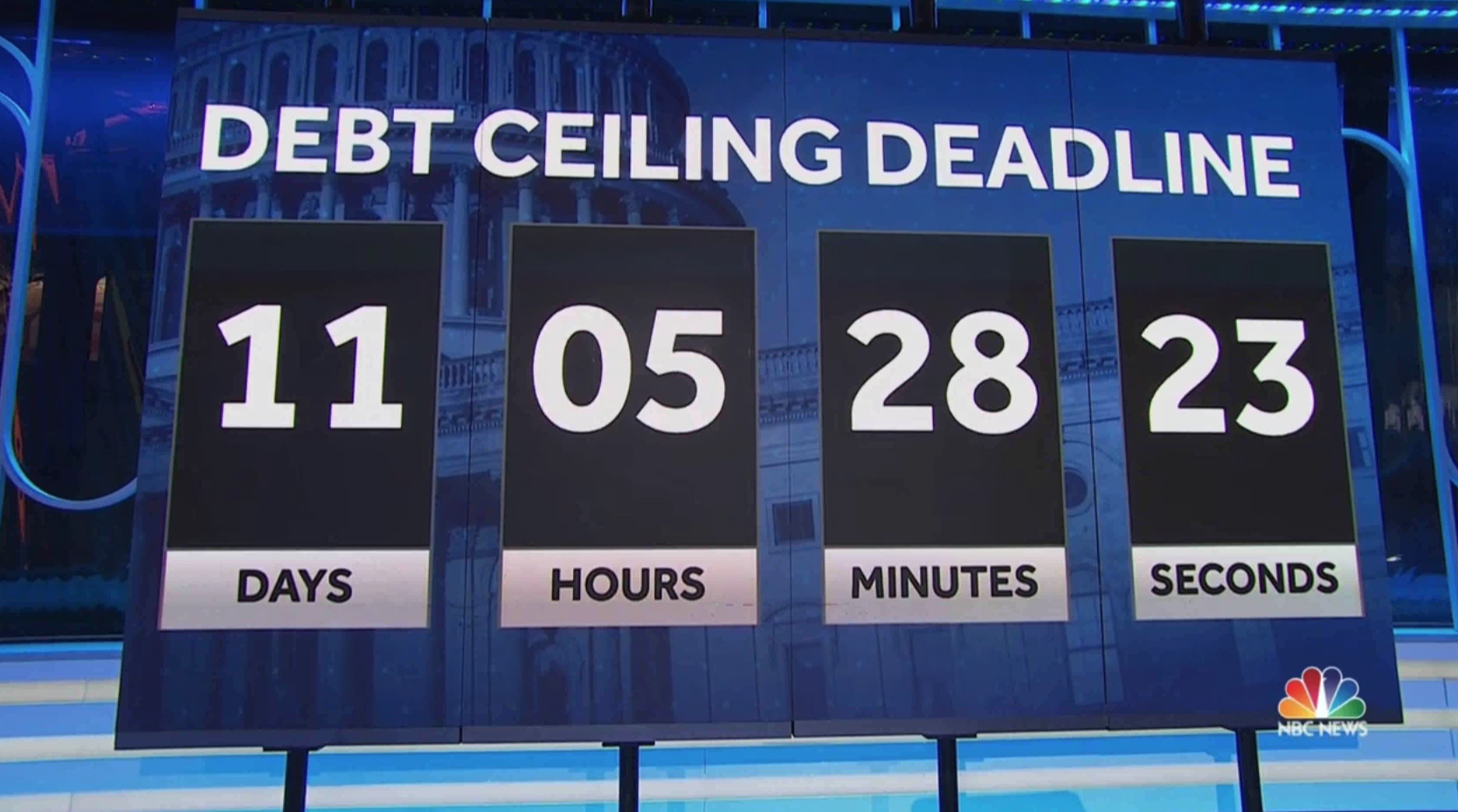 This graphic, which hovered around 11 days, 5 hours and 28 minutes as seconds ticked down, was seen mostly in the eastern and central time zones, when “Nightly” is fed live to stations that carry it at 6:30 p.m. eastern, 5:30 p.m. eastern.

However, most of the mountain and Pacific time zones, as well as Alaska and Hawaii, don’t see “Nightly” then (it would be early in the day for these viewers).

Those markets typically get a taped version — either the 6:30 p.m. eastern one or one produced later.

In some cases, the network may simply edit the 6:30 p.m. version, sometimes re-recording parts of the broadcast to correct any minor technical glitches, script slipups, or updating, adding or correcting information.

This version is also typically the one that airs on NBC-owned stations in the early morning hours and is used for video-on-demand services. People who DVR the broadcast and watched later would have obviously seen an inaccurate time as well.

Because of this, by the time the show aired in the mountain time zone and most points west, the countdown clock would have been incorrect since, even though the broadcast is time-shifted, the deadline still remains at the same, fixed point of time that isn’t dependent on time zones. 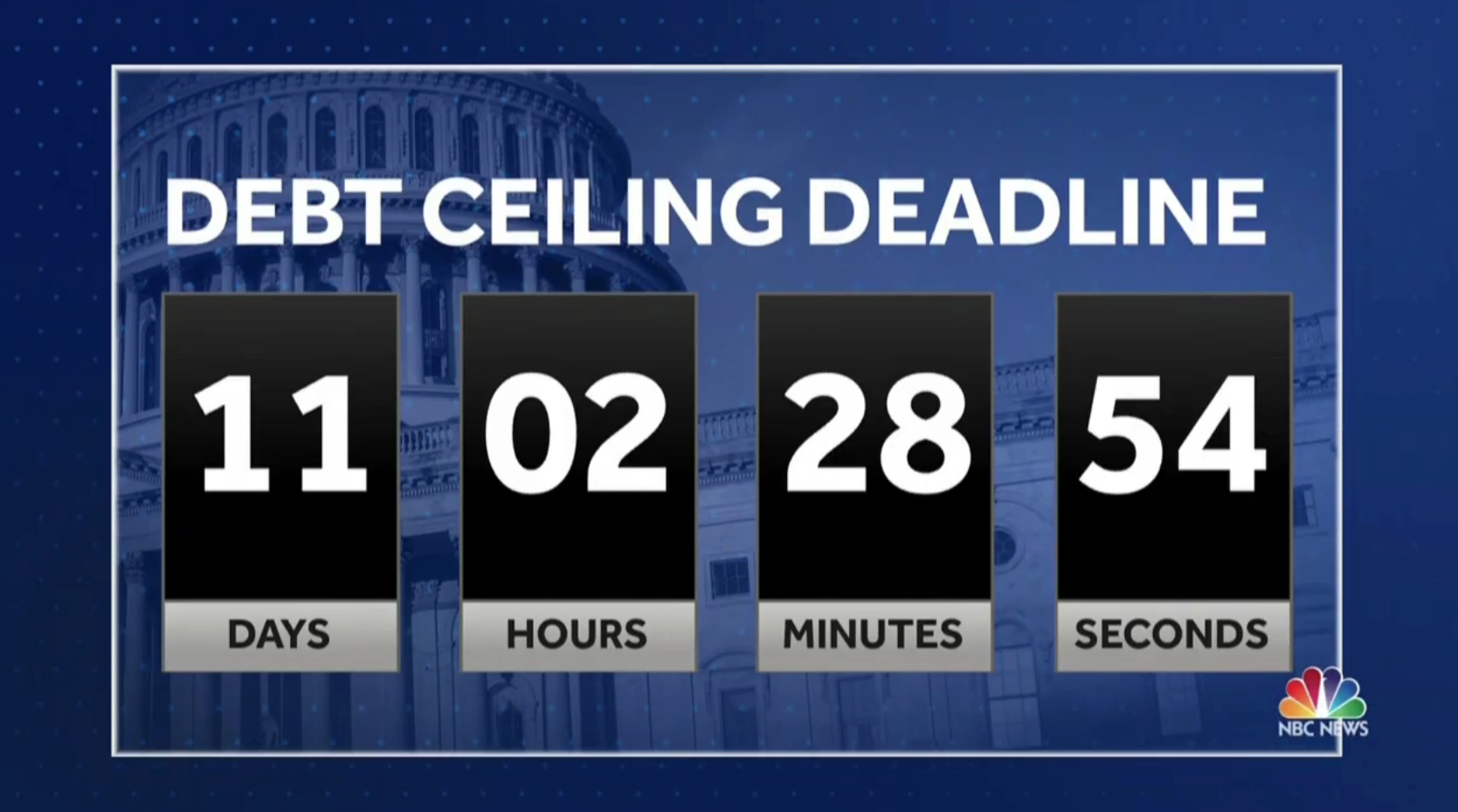 NBC solved that issue by switching to a fullscreen version of the clock instead of showing the live view of the video wall inside of Studio 1A for later feeds, as shown here.

NBC could have, at least in theory, shown a live version of the countdown for each feed it sent out to various markets — inserted as video only at exactly the right time — but it’s not immediately clear if that was the case or if some stations ended up airing a graphic that was a bit off.

It did not, however, update the countdown for the versions aired overnight; the screenshot above was taken from Chicago owned station WMAQ, which re-aired the newscast at 1:07 a.m. local time on Oct. 7, 2021, so viewers at that time saw inaccurate numbers.

In fairness, at some point, it would become unrealistic to keep a feature like this updated for everyone and it’s likely many overnight viewers realize it’s a recording of a broadcast that aired hours earlier. Also given that the deadline is 11 days away, one could argue the number of hours, minutes and seconds aren’t really relevant — at least yet.

The realtime issue was made even more obvious by the fact that the overnight airing starts at seven minutes past the hour, thanks to the extra four minutes the late local news in Chicago got that night before switching over the “The Tonight Show.” Had that been accounted for, the number of minutes, not just hours, would have been different in both versions.

All told, the use of “real-time” information was a nice touch to storytelling, but also showcased the added layer of complexity this can cause at the network level when multiple time zones and air times have to be considered.

A possible alternative simply would have been to replace the later versions of the countdown graphic with the date and time of the deadline, thus eliminating the need to worry about the show “aging” well later into the night.

The broadcast also appeared to suffer a technical glitch in the first feed during the headline teases, with Holt appearing on camera for the entire first tease; about the debt ceiling. At the end of the teases, there was an awkward gap when the show’s open would normally play. Instead, the drumbeat bed faded out and then back in before abruptly cutting to Holt in the studio.

NBC, like most networks, typically pre-produces its tease headlines, so it’s not clear if this error is because some last-minute changes required the teases to be done live.

The issue was resolved in the version used in other time zones with video clips added over Holt teasing the debt ceiling story and the open added in, along with the update to the countdown.