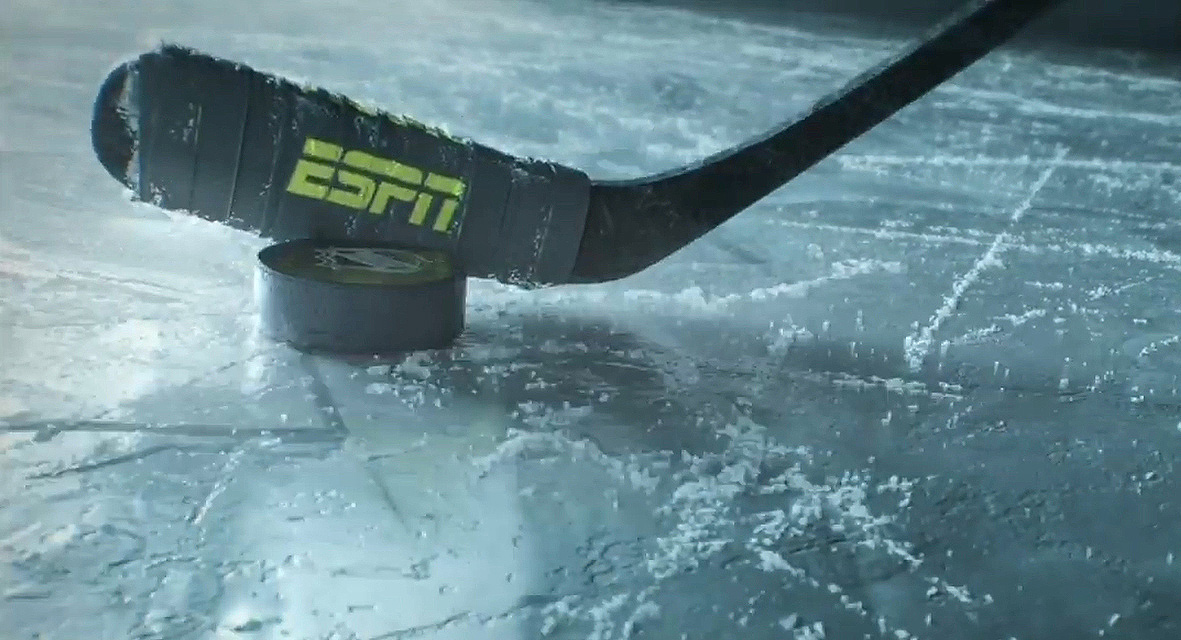 While ESPN won’t have a glowing puck, its NHL coverage will include a variety of technology and cameras will be utilized to bring a new level of access and understanding to hockey fans.

“Hockey lends itself to experimenting with some truly creative production elements given the pace and detail of the game,” said Mark Gross, SVP production and remote events at ESPN.

“We want to showcase the unique combination of speed, strength, skill and dexterity of the NHL’s athletes, while getting existing fans closer to the action and strategy and enticing new fans to experience the game. We’ve worked closely with the League to add some fresh approaches and will smartly deploy great technology that will do just that.”

ESPN is utilizing two new, purpose-built control rooms to help with REMI productions of NHL, among other sports. The control room responsible for wrap-around coverage of each game will use a switching workflow to send multiple versions of simultaneous events to the Bristol Transmission Center for delivery to ESPN, ESPN+, ABC or Hulu.

Wrap-around coverage for the “NHL on ESPN” will originate from Studio F, which was rebuilt ahead of this year’s college football season. The studio includes:

“The Point,” a new weekly NHL show, along with “In The Crease” will also utilize Studio F. “The Drop,” a digital streaming show, will come from Studio E.