‘CBS Mornings’ goes back to old music for ‘EyeOpener’ 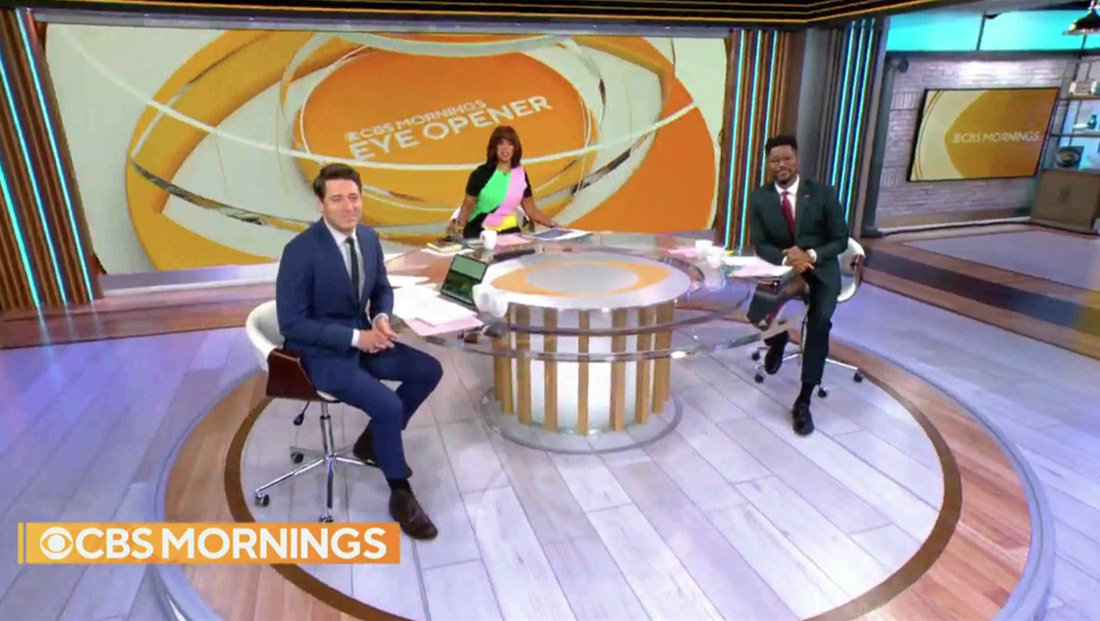 A little over a month after switching to a new name, adding a new host and introducing new music, “CBS Mornings” has switched back to using an old musical cut for its “EyeOpener” news summary segment.

CBS renamed its morning newscast then known as “CBS This Morning” as “CBS Mornings” Sept. 7, 2021, along with adding new co-anchor Nate Burleson.

At the same time, the show also switched its main theme to a trumpet fanfare inspired by the iconic “CBS News Sunday Morning” theme as part of an overall effort of unifying the network’s morning offerings.

The music used during “EyeOpener” was also updated on Sept. 7, switching to one that uses the “This is CBS” mnemonic signature that the company and network as a whole uses, with slight variations across divisions.

That cut also included more prominent trumpet elements throughout, including softer iterations of the signature that typically would be accompanied by a series of quick flash cuts that roughly matched the notes.

By switching back to the old “EyeOpener” music, a part of “This Morning” has returned. The original “EyeOpener” theme was created by Made Music Studio, a long-time partner of the network and was commissioned in 2012. The piece is designed for a montage with energetic pacing and plenty of fast cuts.

The main “CBS Mornings” theme, however, remains unchanged as of Oct. 12, 2021, still using an updated version of the “Sunday Morning” fanfare.

Meanwhile, “CBS Saturday Morning” kept the “This is CBS” version on Oct. 9, 2021, but it was also waited about two weeks before switching over to its weekday counterpart’s new graphics and studio in Times Square.