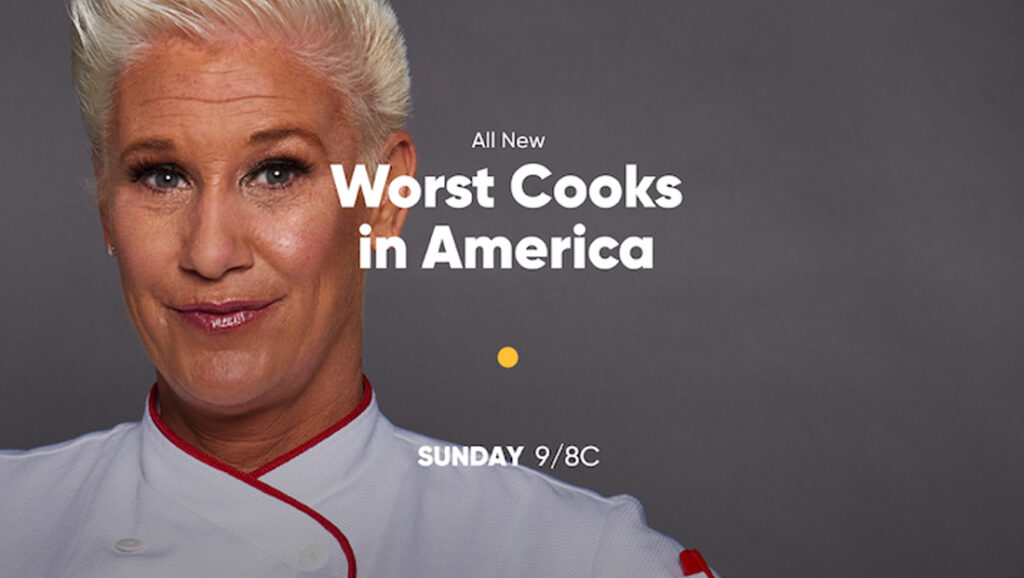 Created by Argentina-based Superstudio, the branding system retains the network’s longtime circular logo but reimagines it as both a shape and a reference to various parts of cooking through animations.

Sometimes the logo is sliced down the middle — other times some “bites” are taken out of it. Other interpretations for “actions” such as “chopping,” “boiling” and “slicing” rely more on the circular shape itself.

Many of the elements appear in transition or wipe style applications in promos, bumpers and IDs. 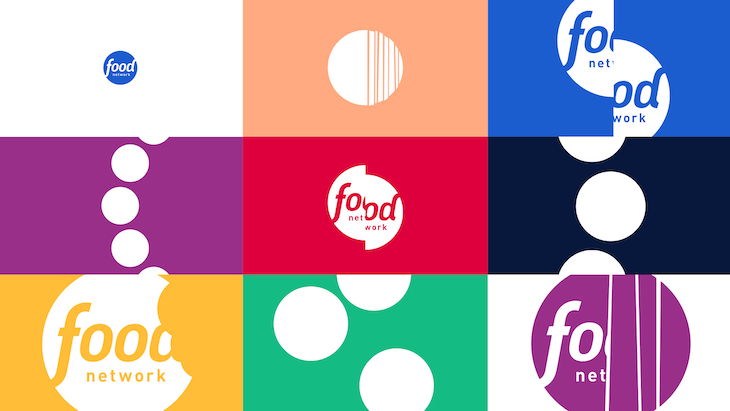 Promos and other branding elements now use the sans serif font Gilroy and include carefully constructed templates that dictate each typographic element’s size, weight and position on promo title screens. For example, show titles are the largest and boldest elements, typically with a host photo in the background. 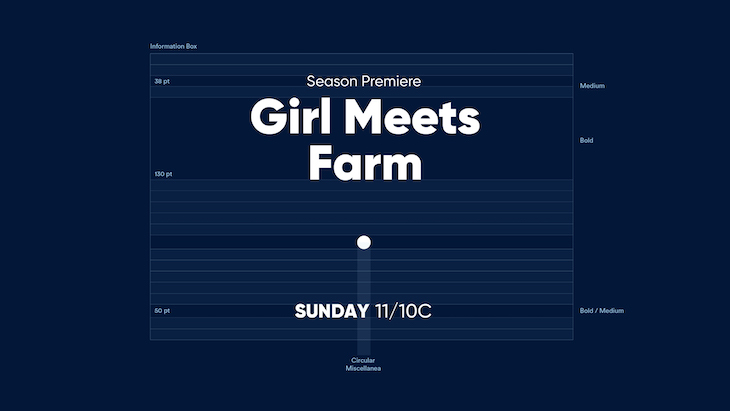 Labels such as “season premiere” and “all new” are in lighter, smaller text above this, while a dot, inspired by the logo, is typically used to divide these elements from the day and time information, which appears in all caps in a single line — with the day of the week bolded.

Superstudio also developed an updated color palette inspired by food itself to give designers flexibility when creating promos and other elements but also creating consistency by sticking with a family of colors that have a similar feel. 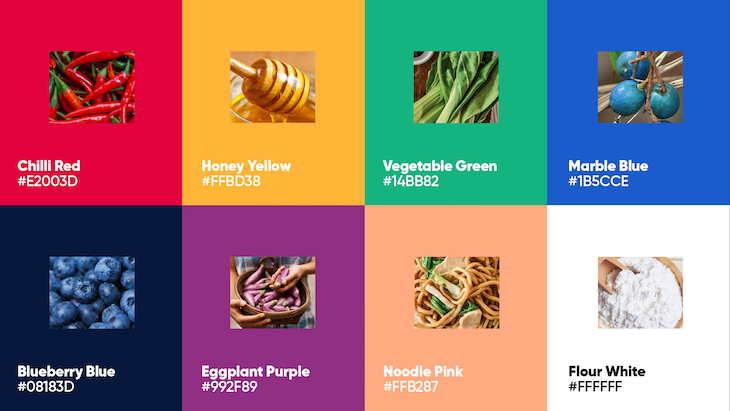 Among the choices are “eggplant purple,” “honey yellow” and “noodle pink.” Even white (which is a “true” white), has been dubbed “flour white.”

The design has rolled out on the U.S. version of Food Network, which is part of Discovery, as well as its digital and social media platforms and international channels.