Case Study: Helping a city reach out to its citizens through broadcast tech 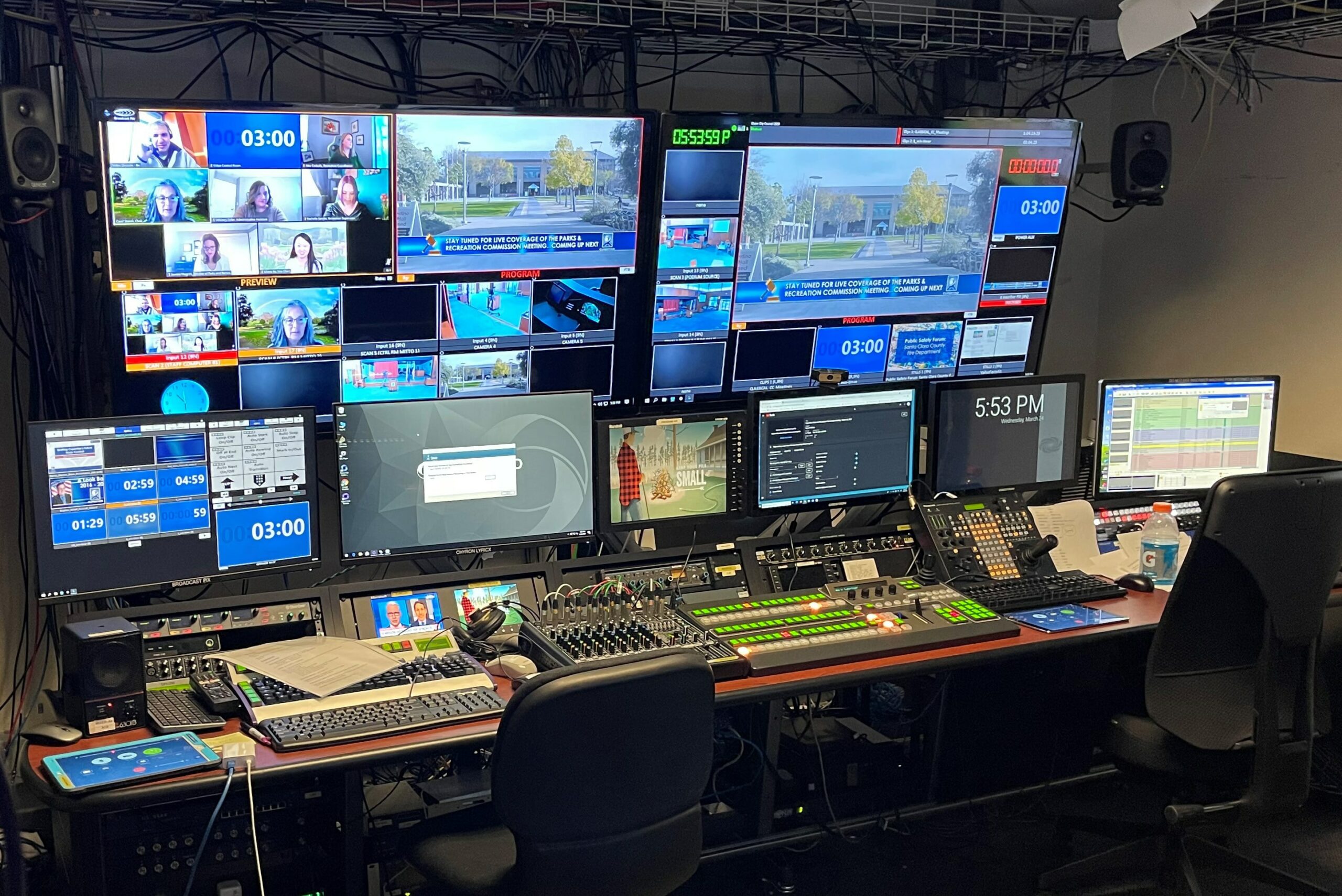 One of the consequences of the coronavirus pandemic and its associated lockdown orders has been an acceleration of many of the technologies that assisted remote communications and remote workflows. For the City Manager’s Office in Cupertino, California this has seen them both produce more content as the city ramped up its outreach program to ensure its citizens remained informed of local issues and meetings, and produce it in a different, more distributed, and Covid-secure way.

Luckily, the department had the ideal equipment for the task in the shape of a Broadcast Pix BPswitch GX integrated production system that arrived in March 2020 just before the pandemic took hold. The new system was an upgrade to the existing Broadcast Pix Granite that had been in place since the city moved to HD at the start of 2014.

“The upgrade was a natural process,” explains Peter Coglianese, Multimedia Communications Specialist in the City Manager’s Office. “We had just done a system-wide update from Windows 7 to Windows 10, so it just felt like it was the right time.”

If it was the right time, it was also a fortuitous one, as some of the new features that the BPswitch GX introduced to Coglianese and the six-strong team were to come in very useful over the coming months. 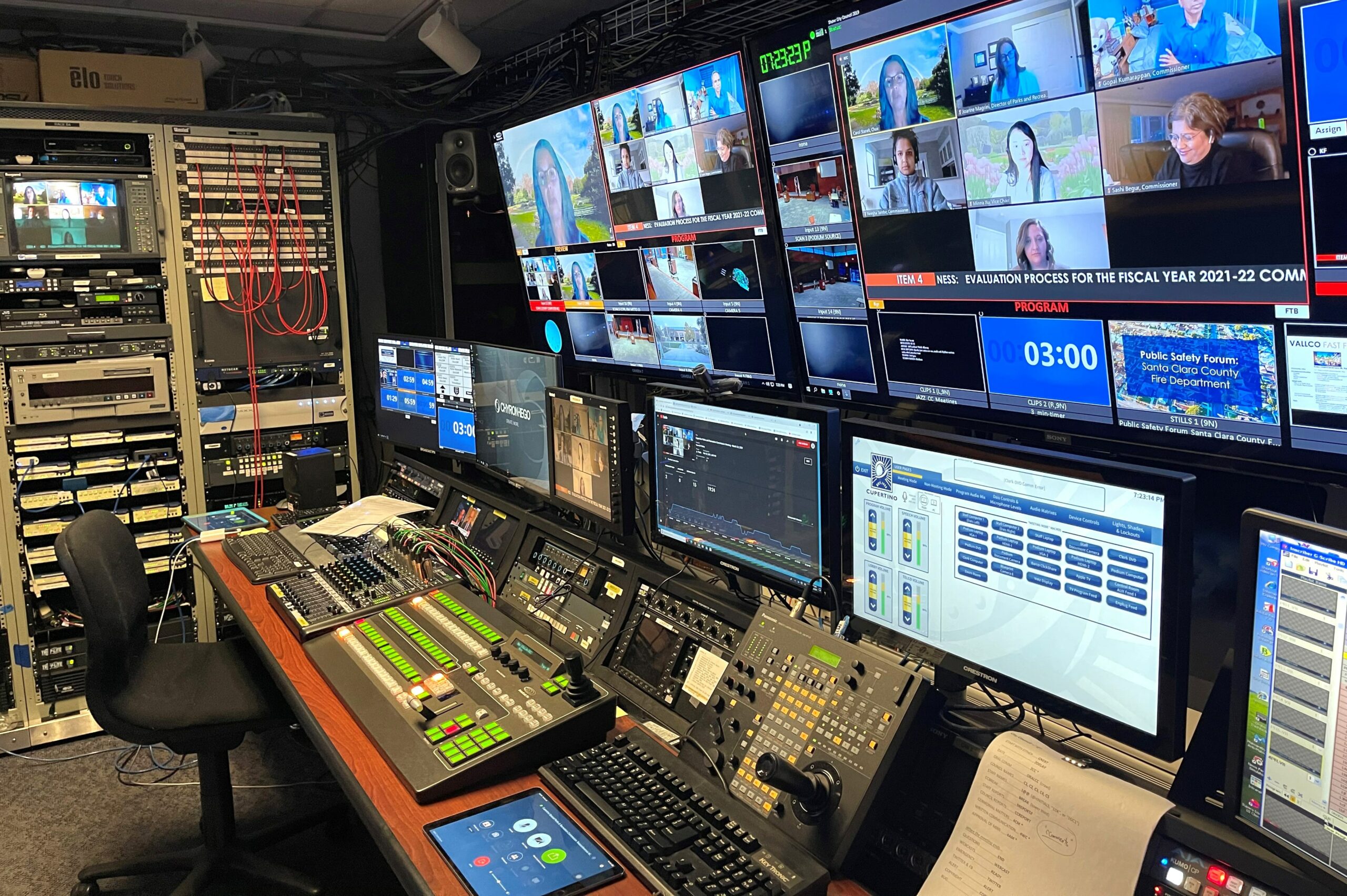 “A lot of the features that we have used in the pandemic, such as remote access into the system, soft panels, and being able to extend the Broadcast Pix network into other areas of our WAN were enhanced greatly with the BPswitch GX and those have been specifically helpful for our control room crews,” he says.

His team is constantly busy. The City of Cupertino has demonstrated a real commitment to video outreach and transparency, and two or three of its live meetings a week are variously streamed and broadcast via the BPswitch console.

“We use it for everything,” says Coglianese. “Whether we’re streaming it or it’s being shown on local cable channels it goes through the same system. If we’re doing a live Zoom event and it involves elements of the control room then all of the signal routing will go through it. We have two Zoom rooms linked to our control room, those go through scan converters directly into the Broadcast Pix, and then we manage all the video mixing at that location. Even at virtual events we can still do picture and picture and advanced graphics layouts independent of what you’re seeing in the Zoom meeting itself.”

The ability to extend the system to different locations via soft panels has been extremely useful as well.

“We have had to physically separate into teams, as we didn’t want to have the entire team to have to quarantine for 14 days in case somebody got sick,” he says. “As a result, we’ve done some productions where we’ve extended the system to different facilities across our city network, and team members connected by Clear-Com links have been able to work on the same live production in different areas.” 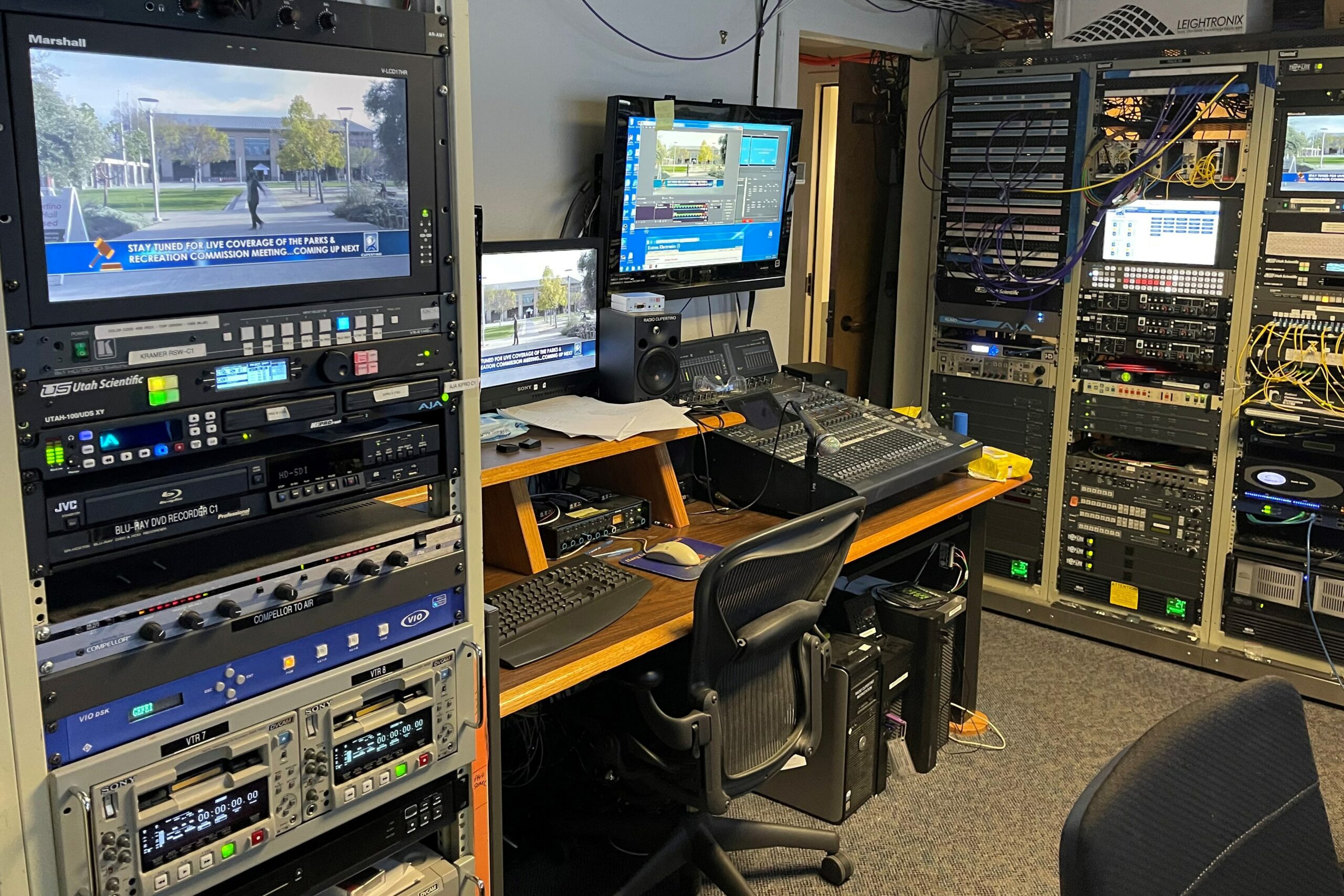 Coglianese is the first to admit that, because of the pandemic, the team has not been able to drive the unit as hard as they would like and there is still some functionality it is capable of that they have yet to access. That said, they have still been able to put on some impressively complex shows, such as an election program called Pizza & Politics, aimed at an adolescent audience.

“We had three people just running the Broadcast Pix system,” he recalls. “We had somebody on a soft panel that was managing the triggering of all the clips that were going into the Zoom environment, there was somebody else who was managing the auxiliary feeds related to the TV and YouTube screens, we had CG elements, and more. There was a lot going on.”

Coglianese is also a huge fan of the impressive degree of customization available with the unit.

“We use it all the time too,” he says. “We can customize shows and have different button layouts, we have customizable hard switches, customizable soft switches, we have a series of graphic keys, we can have triggers, we can have stored triggers so that you can just hit one button and it starts a macro that may trigger a recording device, may start a flip… it may do a series of things. All of that programmable element is probably the number one selling point of the console because it’s so well designed. You’re not pigeonholed into a very rigid fit — all the elements are very flexible and adaptable to different types of projects, whatever you’re doing. Somebody can be doing something on one bus, and the other buses are going out to TV or to streaming. The flexibility of the system is definitely five star.”