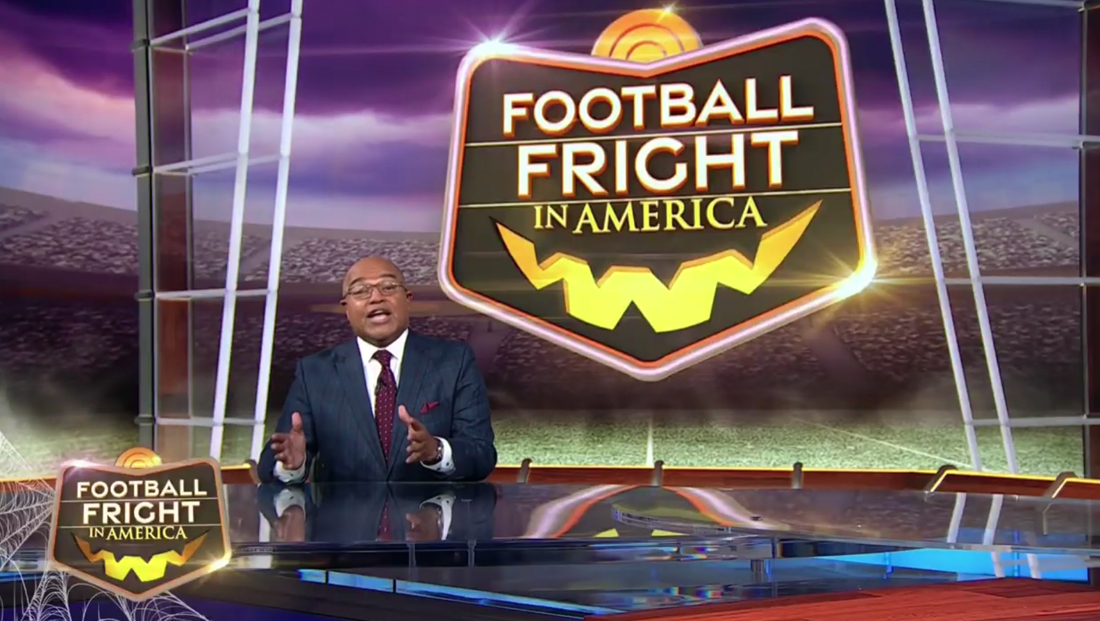 NBC News kicked off Halloween weekend with a wonderfully synergistic extravaganza that was a play on the network’s own “Football Night in America” franchise.

The “Football Fright in America” was complete with NBC Sports anchor Mike Tirico introducing the “Today” team costumes after an extended animated open that pulled out just about every spooky trick in the book.

Tirico’s portions were taped at the network’s sports studios in Connecticut, complete with co-branded “Fright” logos and imagery on the video walls and in-desk LED.

The “Today” graphics team created a logo that sort of a blend between “Football Night in America” and “Sunday Night Football” logos used by NBC and its sister network, Universo.

The “Football Night in America” name is used for NBC’s pre-game coverage, while “Sunday Night Football” refers to the actual game.

It featured the “sunrise” icon at the top, with sans serif type graphic of “Football Fright” while “in America” was set in Trajan Pro, much like “America” is in the real logo.

Meanwhile, the bold red “banner” that holds the text “America” was replaced, quite appropriately, with a jack-o-lantern grin. 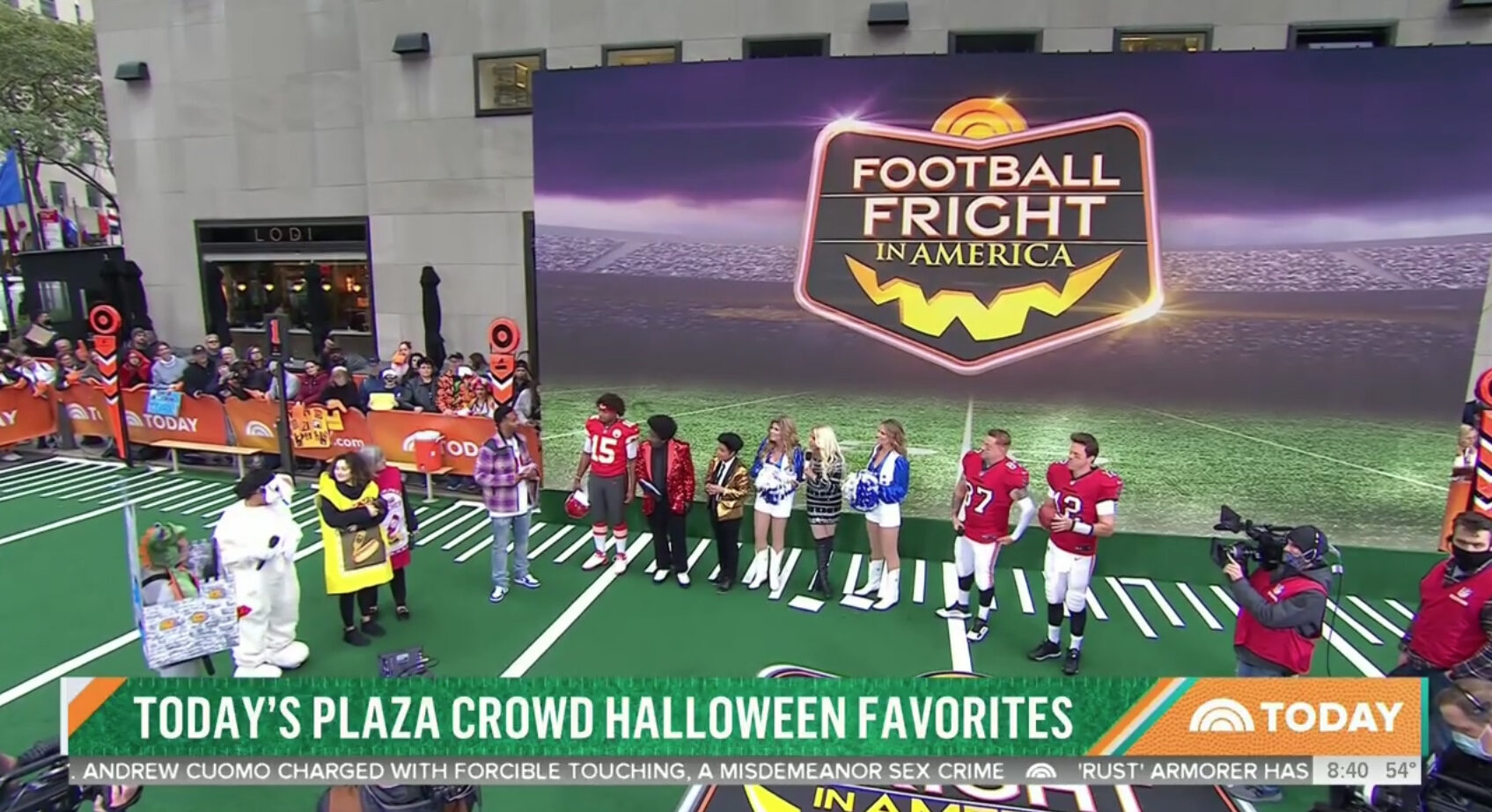 A scaled down faux football field — dubbed Stadium 1A and, later, referred to Studio 1A Field — was set up outside on the plaza, with a massive temporary video wall used to complement the segments’ backgrounds. It was used to create the look of fans in the stands and colorful backgrounds behind recreations of popular halftime shows and a cheerleading routine with real Dallas Cowboy cheerleaders.

The “Today” graphics team of Neal Carter, Jason Krilovich, Patrick McGlynn and Paul Maccarone all worked on the project with set design by Ed Helbig. 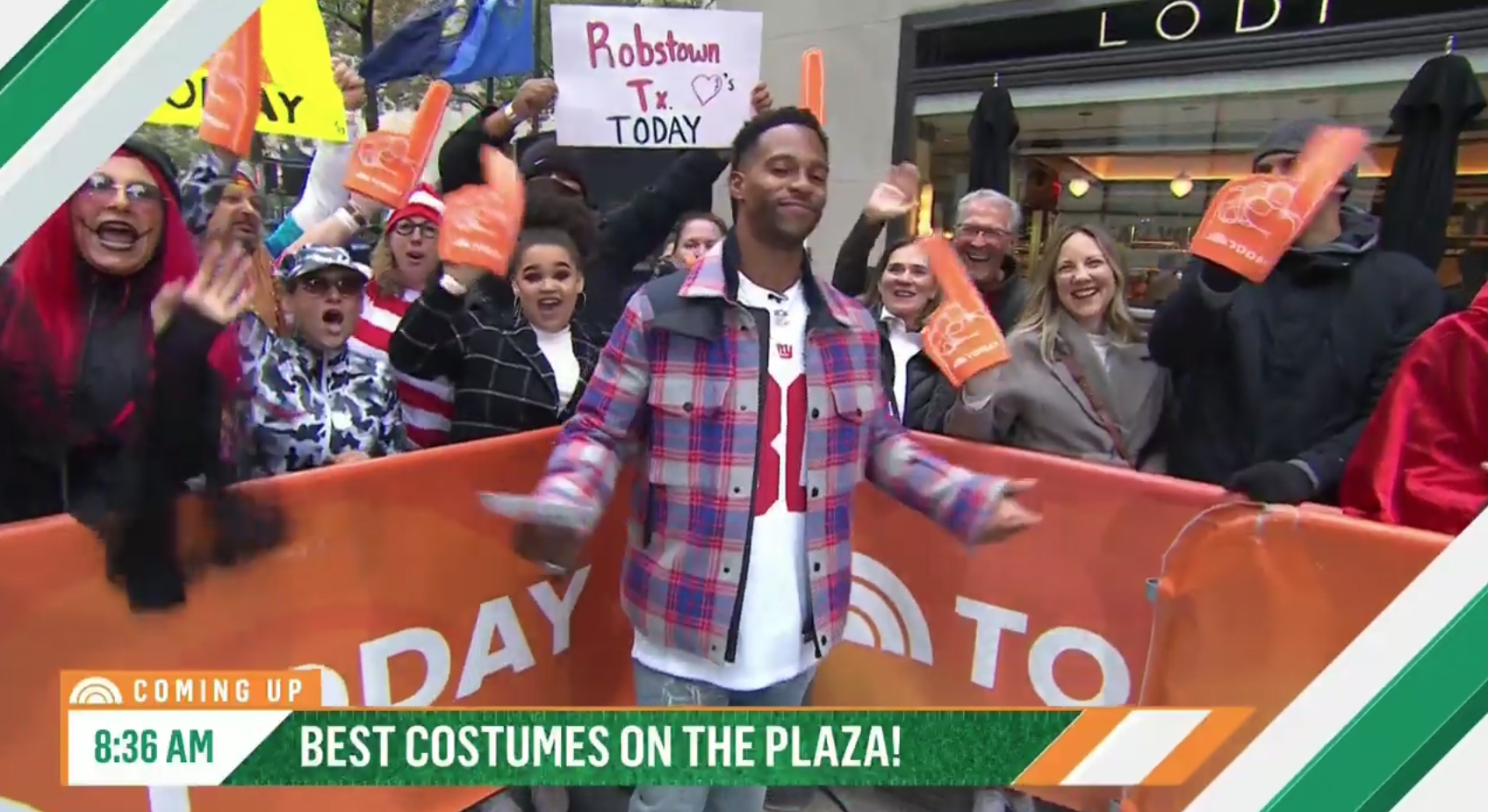 After the 2021 theme was revealed, the show’s lower third and tease graphics switched to orange and white with green “grass” backgrounds.

In addition to the costume reveals, NBC also spiced up its weather graphics immediately with a “Trick or Treat Forecast” that showcased temperatures in spooky sounding cities across the country, including Devils Elbow, California, Dracula, Georgia, Scary, West Virginia and the classic Salem Massachusetts. 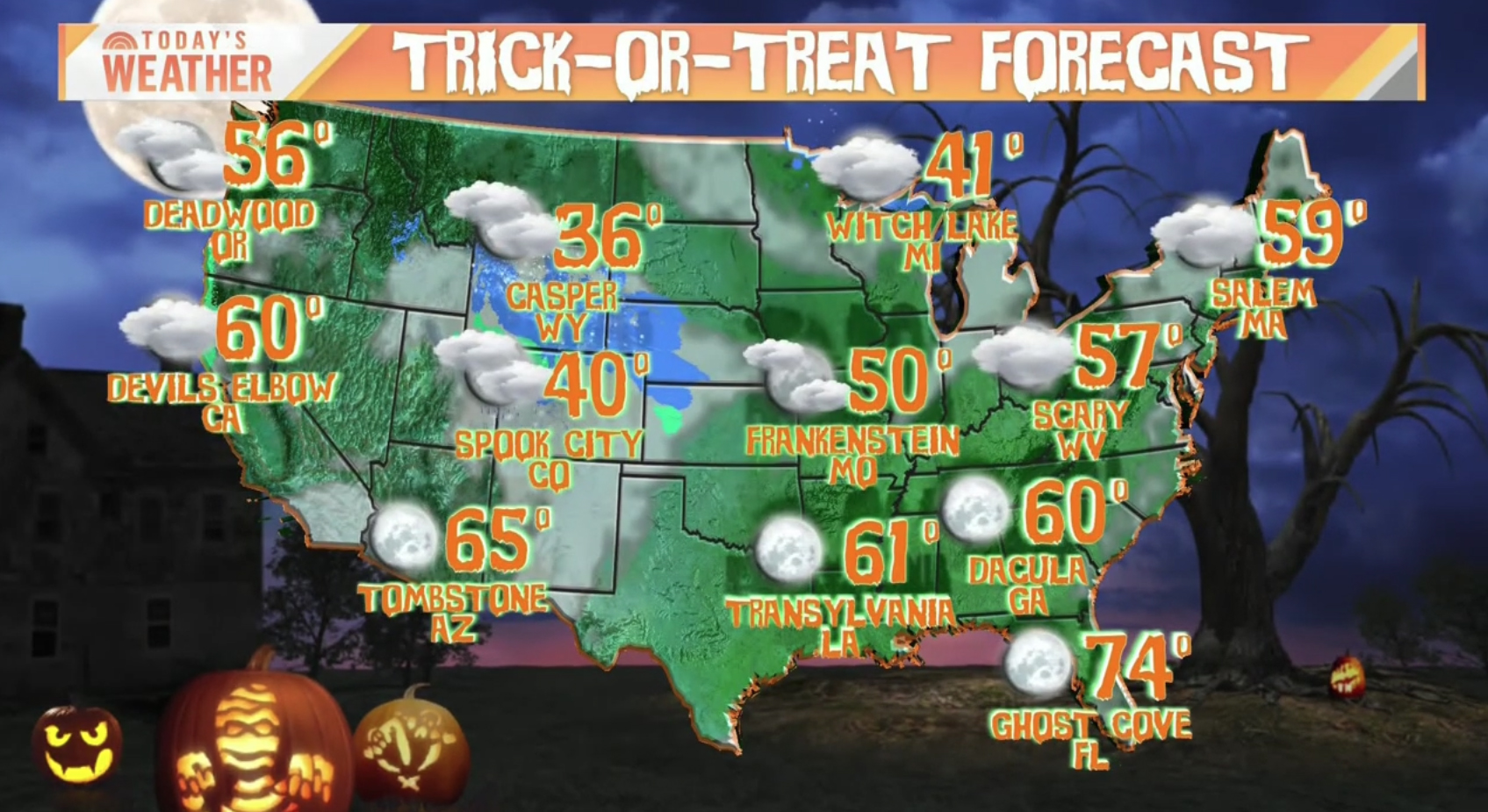 A more general weekend outlook included temperatures and forecasted conditions across the country, with the northern portion labeled as “bone chilling” while the southern part of the country is in for a “sunny treat.” The east coast got punny with the label “ghostly mild” standing in for “mostly mild.” 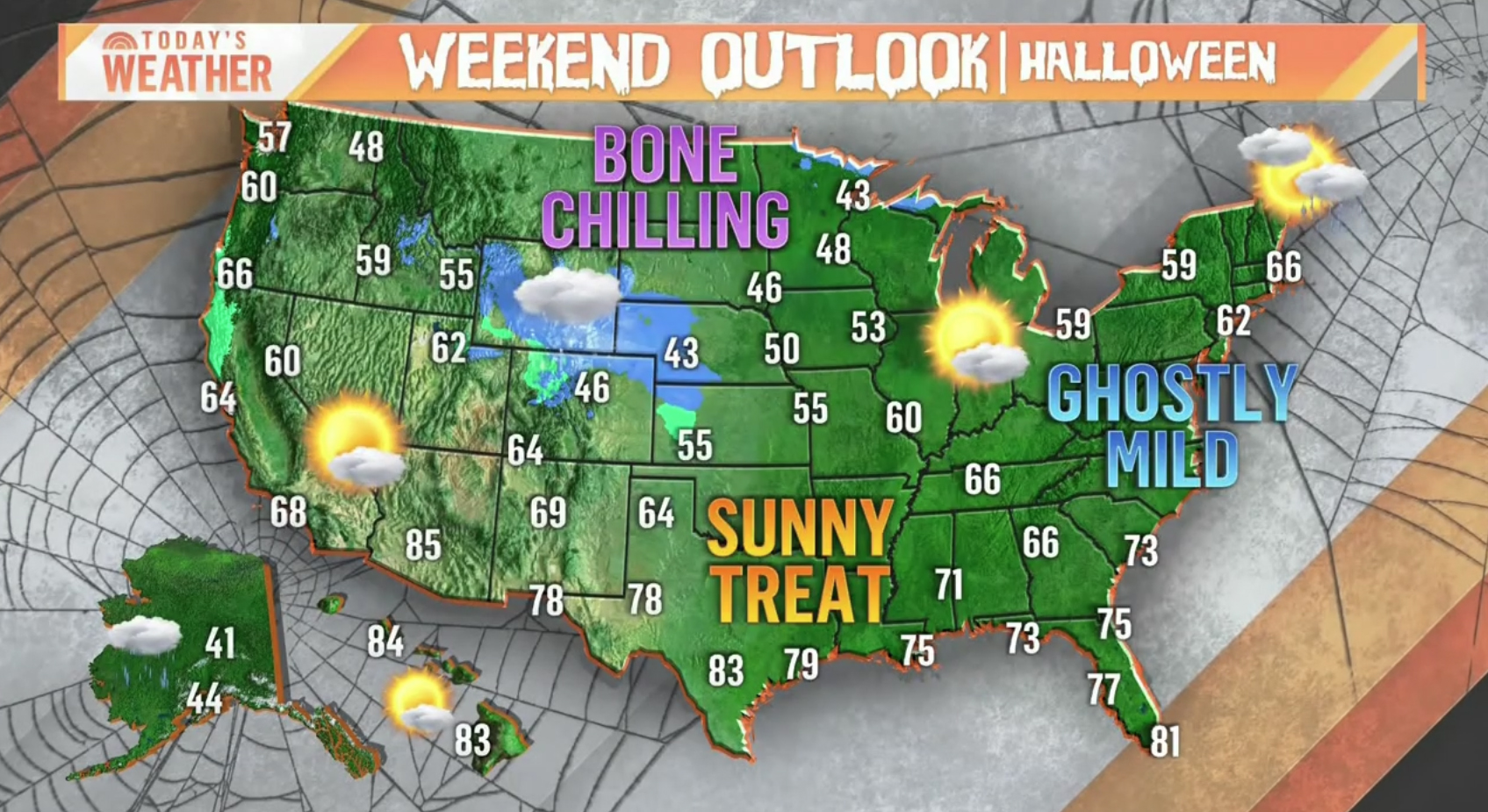 Both the “Hoda and Jenna” and “Third Hour” opens were also updated for Halloween as well, including an customized voiceover from the show’s normal announcer Les Marshak.

The “Today Third Hour” one featured a different announcer who “accidentally” intro’d the show as the “third quarter” of “Today.”