Watch this epic drum performance of the BBC News theme 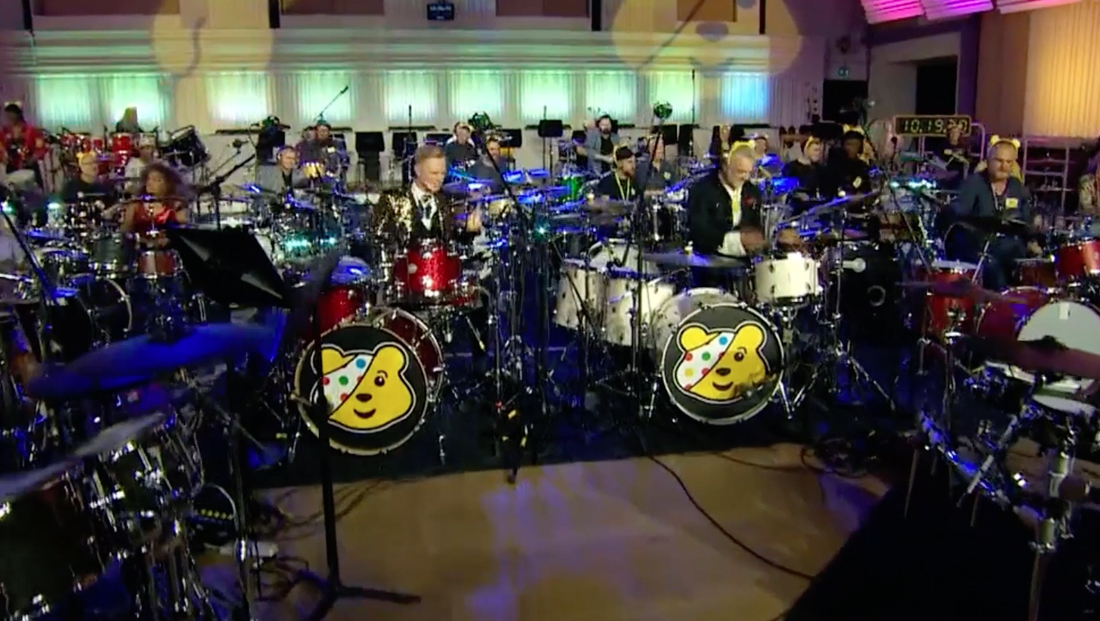 Back when England had its first coronavirus lockdown, forcing broadcasters to originate shows from home, viewers got unexpected glimpses into the homes of anchors, forecasters and reporters and one BBC forecaster decided to use the opportunity to show off his drumming skills — that he’s now taken to the next level for a good cause.

OH MY GOD THEY DID THE BBC NEWS DRUMS TO THE BBC NEWS THEME ON BBC NEWS (bravo: @OwainWynEvans) pic.twitter.com/FnHKhQ6IIU

The clip took the internet by storm — especially among news junkies.

Now, Evans took the idea to the next level by having a 50 person ensemble play the pulsating music along with him.

The performance of the BBC theme was part of a larger, 24 hour “Drumathon” on live TV that Evans helped organize for the network’s BBC Children in Need fund.

For two minutes, however, Evans lead the team, which was a blend of pros and amateurs, in drumming out of the iconic theme.

The performance took place about 10 hours, 18 minutes into the event.

Many of the ensemble members were on a traditional drum set, but various other forms of the instrument were also used. Several people joined remotely as well, playing on everything from real drums to plastic containers to toys.

Even Pudsy, the BBC Children in Need mascot, joined in the fun, also making appearances throughout the room, including on decals on the front of Evans’ kit.

For comparison, here’s what one version of the music sounds like when aired.

“I cannot put into words how much of a special moment this was (heart emoji). The Drumathon has been overwhelming, but I’ll never forget these 2 minutes. What a team of drummers, thanks so much @MarkSkunkAnansi for orchestrating this performance,” Evans tweeted after the event.

The event raised the equivalent of $3.6 million for charity.

To donate to the cause, you can use the BBC website or, U.S. donors may find donating via Facebook easier.

BBC also used a clip of the performance in countdown form.