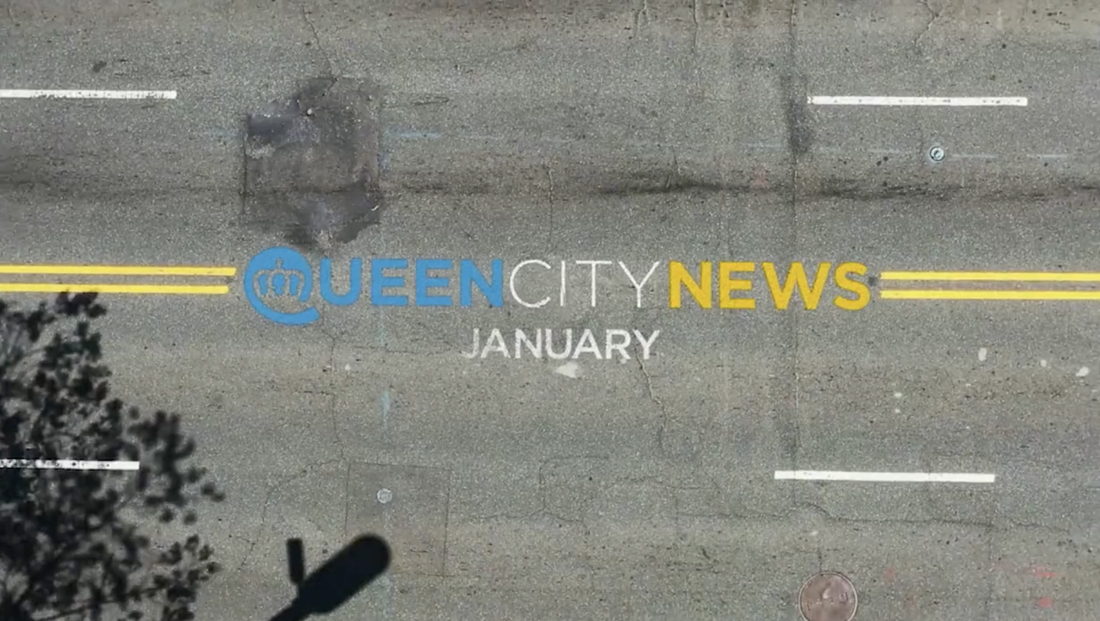 The Nexstar Media Group station is slated to get a new set from FX Design Group and replace its current Fox owned station graphics package.

While the station will remain a Fox affiliate, it’s dropping references to the Fox network in its news branding — taking on the “Queen City” nickname for the city, which stems from its namesake Germany’s Charlotte of Mecklenburg-Strelitz, who became Queen Consort of Great Britain and Ireland in 1761, seven years before the city was founded (Charlotte is also in Mecklenburg county).

It will also take on the tagline “Carolina’s Own,” a nod to sister station WGN, which has been known as “Chicago’s Very Own” for decades.

The station’s new logo design features a clean sans serif with a distinctive “Q” in “Queen” that has the outline of a crown reversed out of the middle. The result is also a distinctive “tail” on the “Q” that makes the glyph stand out from the ones that follow.

The color palette is shifting to a light blue, yellow and white.

Nexstar bought the station in 2015 as part of a package deal that included Fox’s purchase of KCPQ and KZJO in Seattle and repurchase of WITI in Milwaukee, all from Nexstar.

WJZY was one of the nation’s strongest UPN affiliates and then switched The CW in 2006. It would come under Fox ownership in 2013.