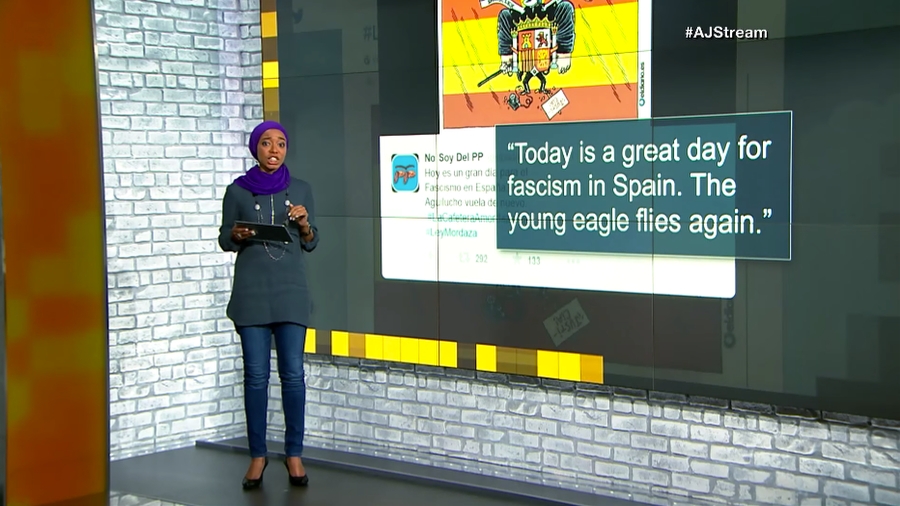 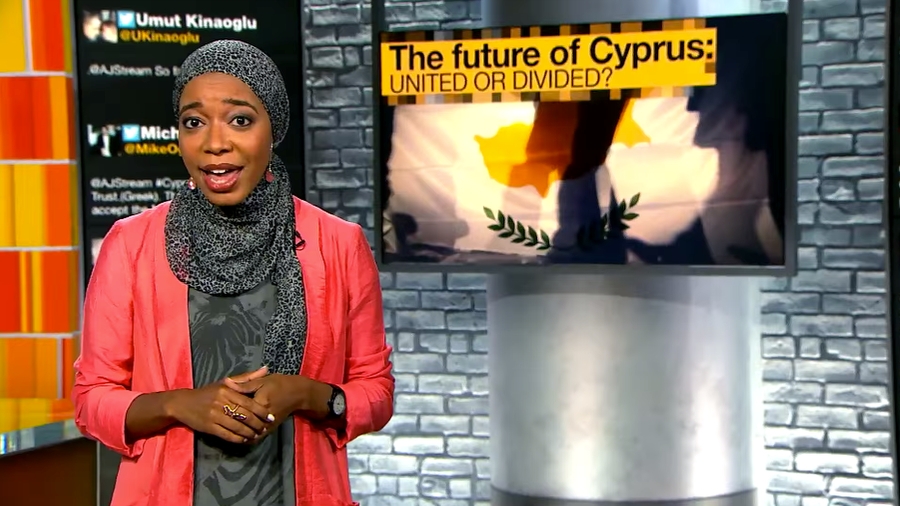 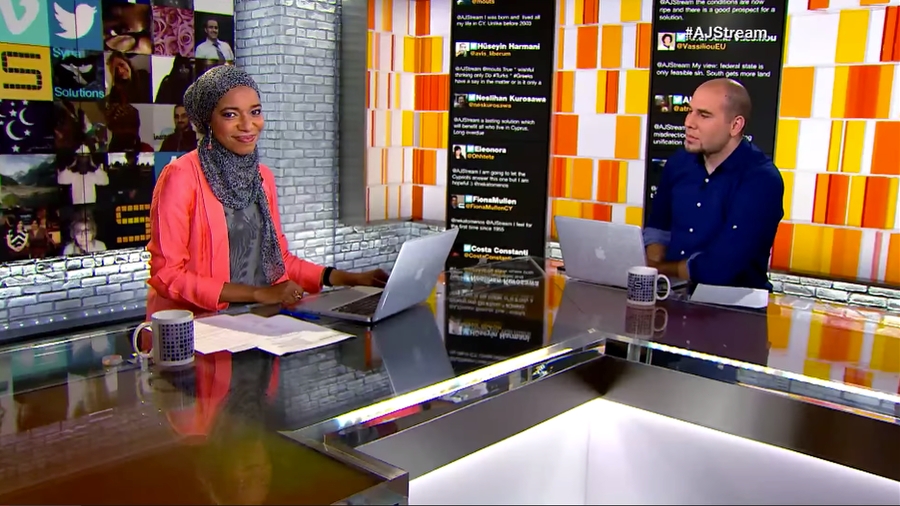 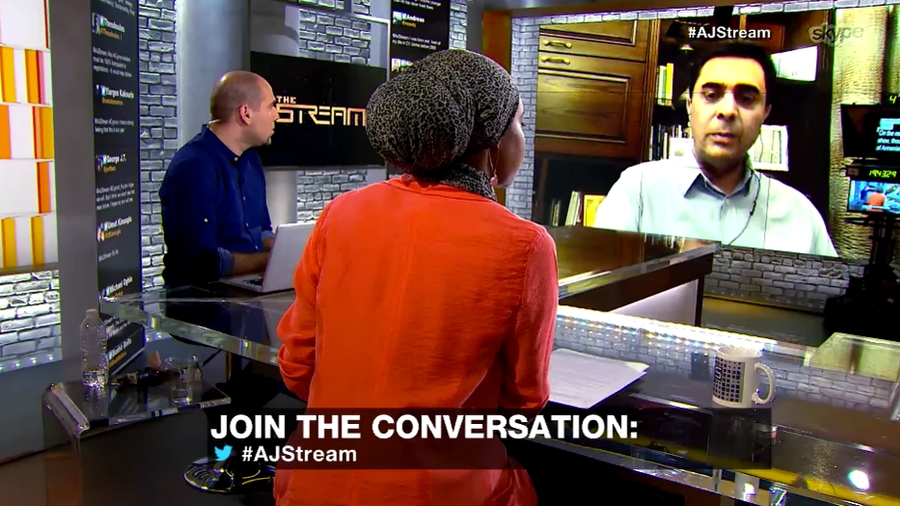 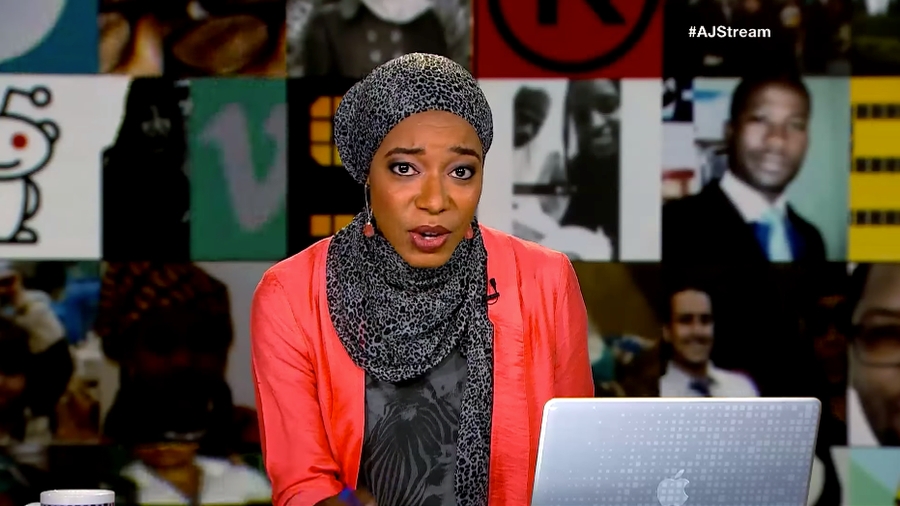 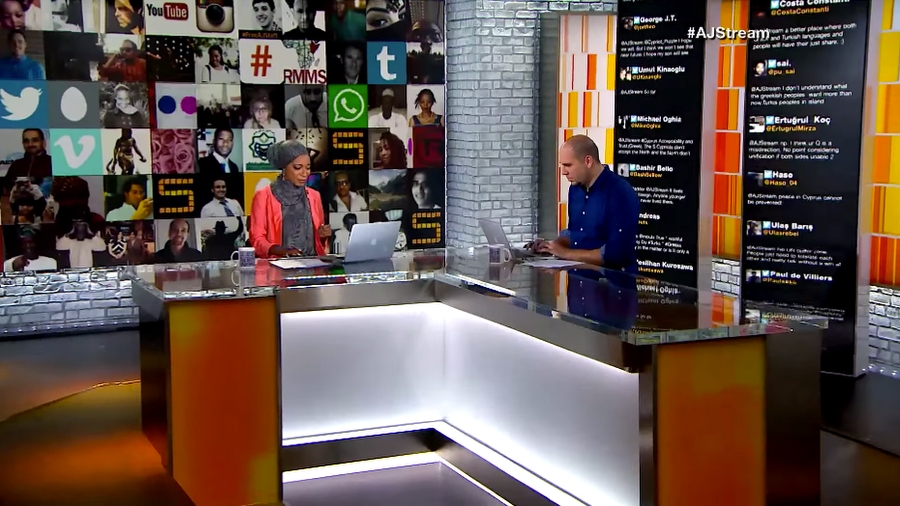 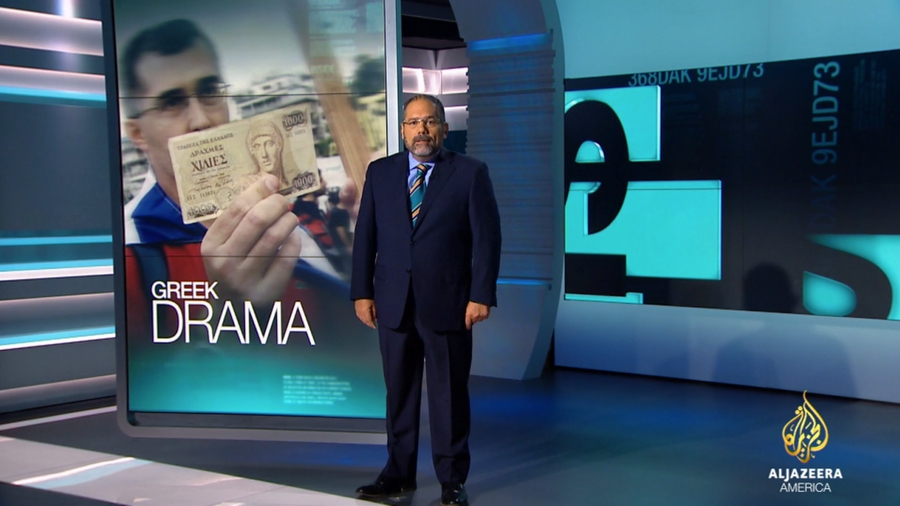 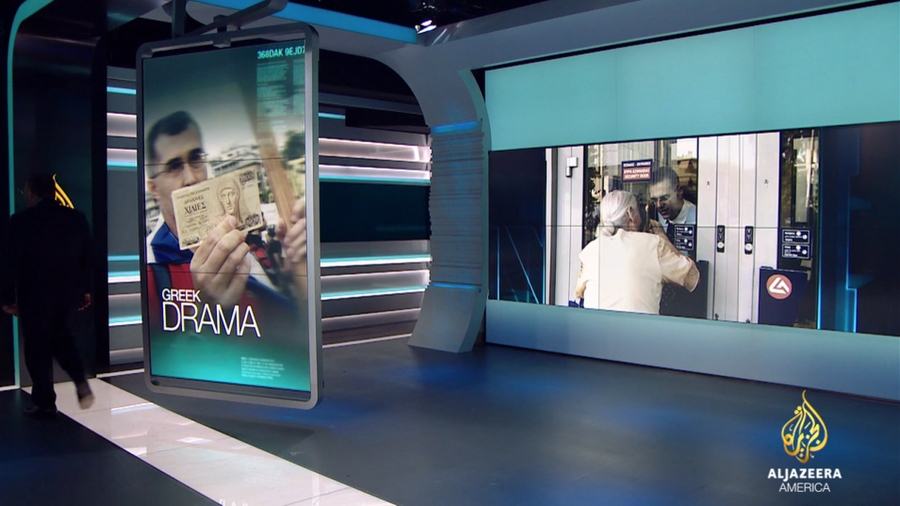 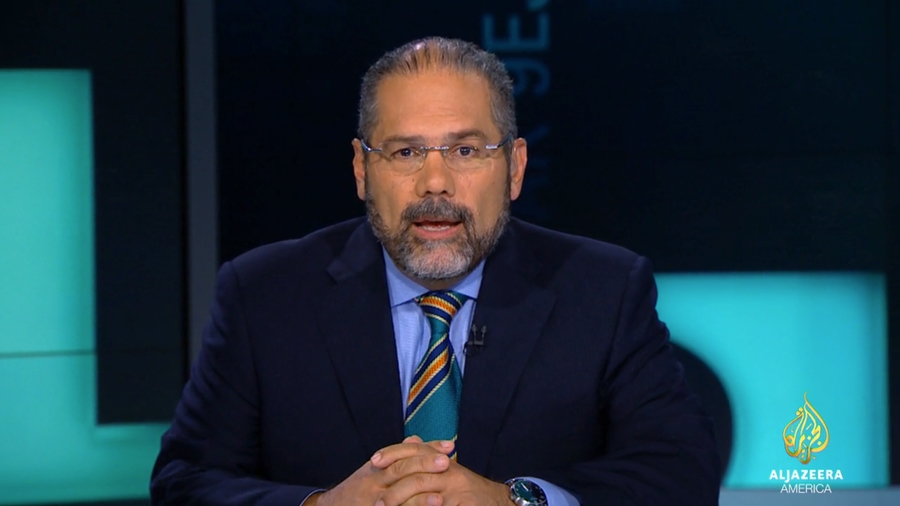 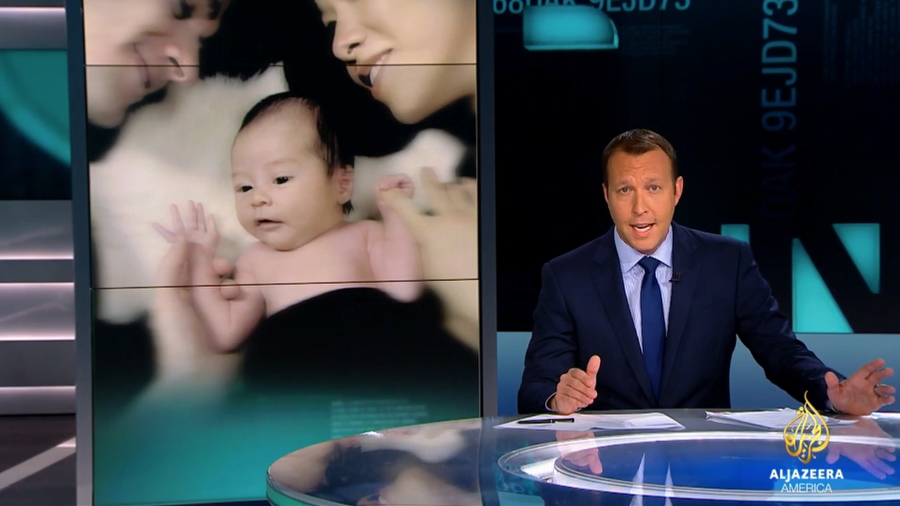 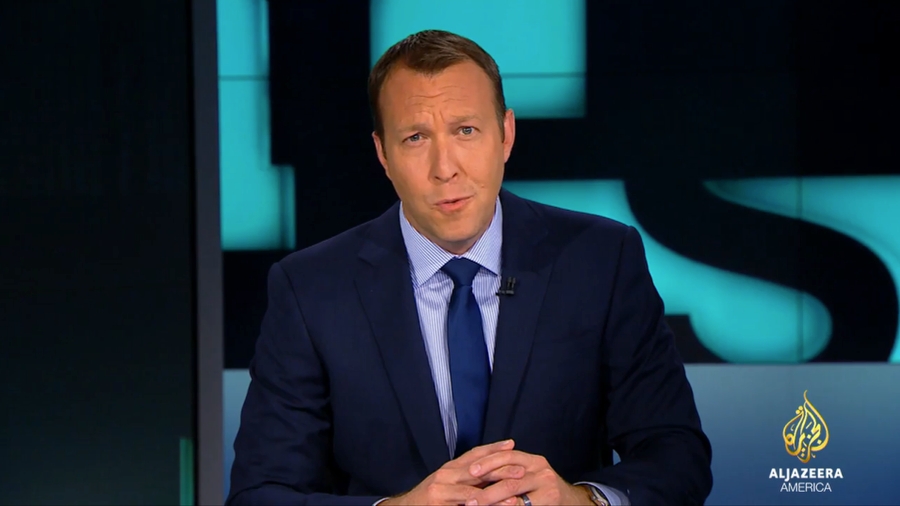 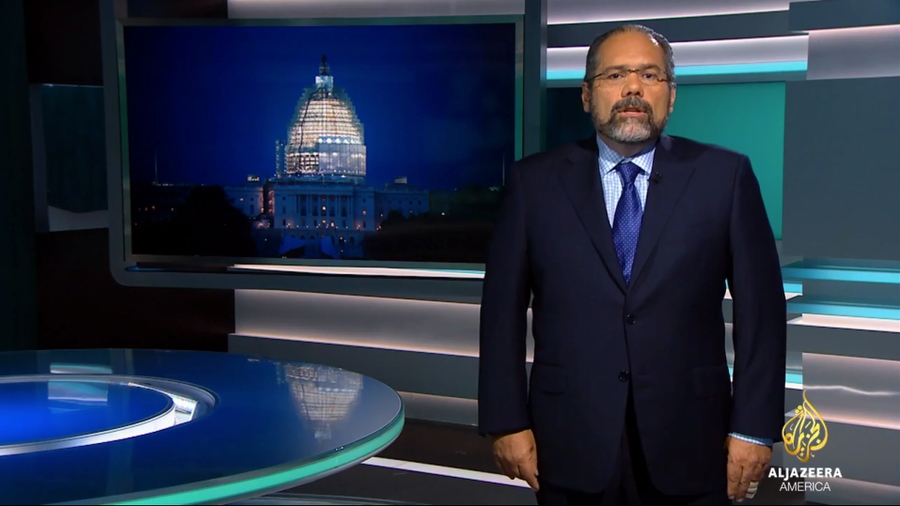 Set that debuted in May 2015. The change was brought about by Al Jazeera’s recent move in Washington, from K Street to New Hampshire Avenue. The new location includes two studios and a newsroom.

Studio A is home to “The Stream” on Al Jazeera English, and includes an urban space that’s been infused with technology to support the show. Vertical monitor columns become conversational waterfalls of viewer messages. An LED ribbon flows through the floor, folds up to form the desk, then rises up to the ceiling, forming a physical embodiment of “The Stream” itself.

Studio B is a larger, flexible space built to house a variety of shows, including “Inside Story” and “Min Washington,” with the potential to add future programming.The studio features a circular anchor desk and metallic and gray toned walls interspersed with video panels, including adjustable two ceiling-mounted ones. These panels are placed in front of a larger wall-mounted video wall, adding depth and layering to the design.