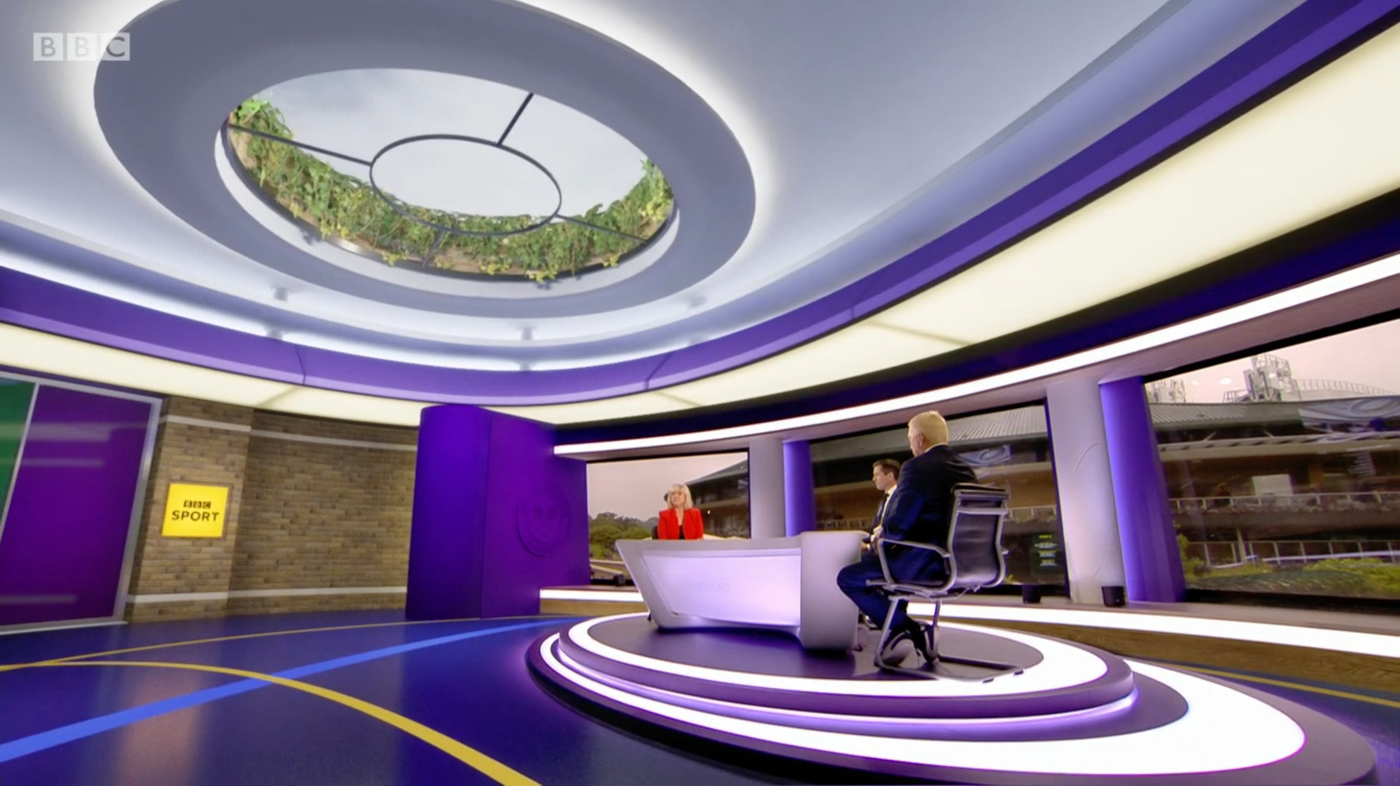 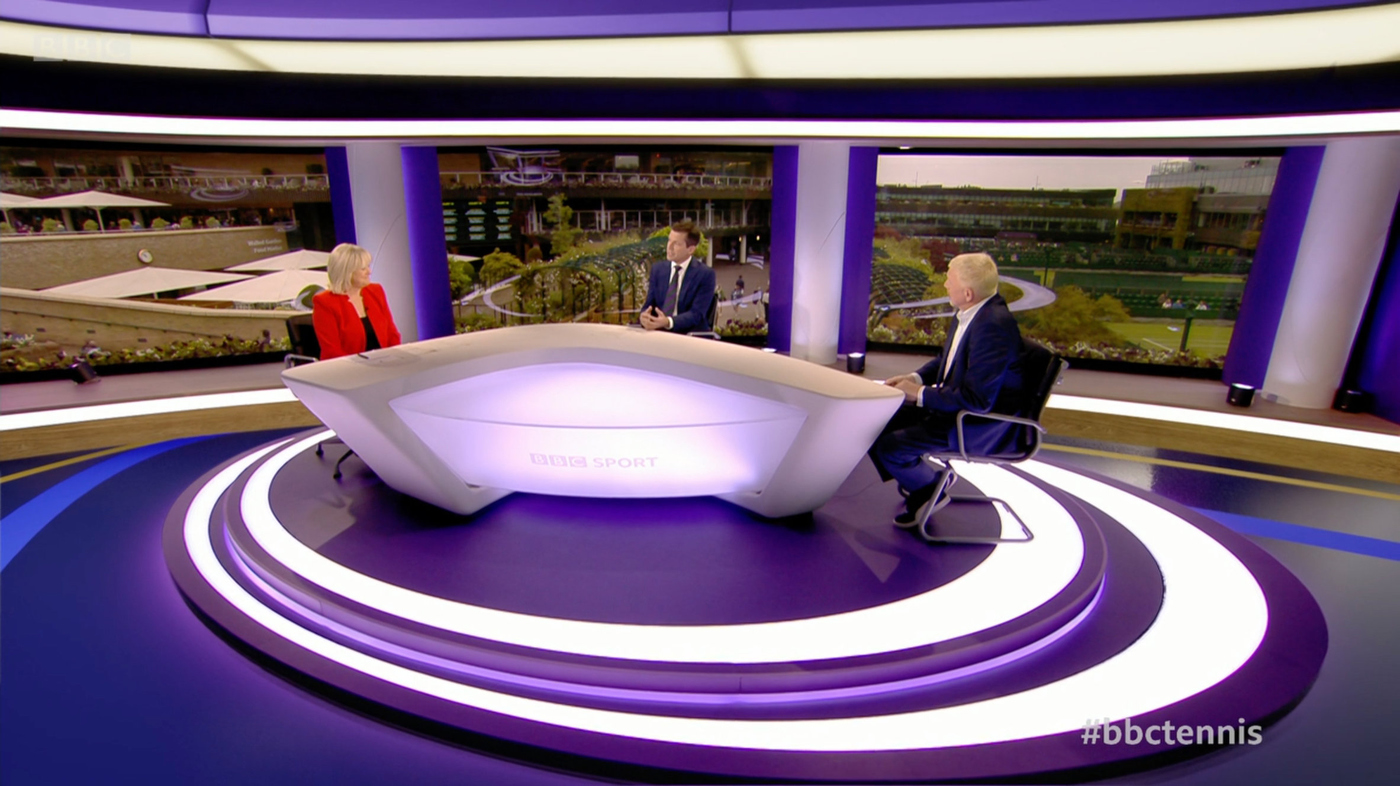 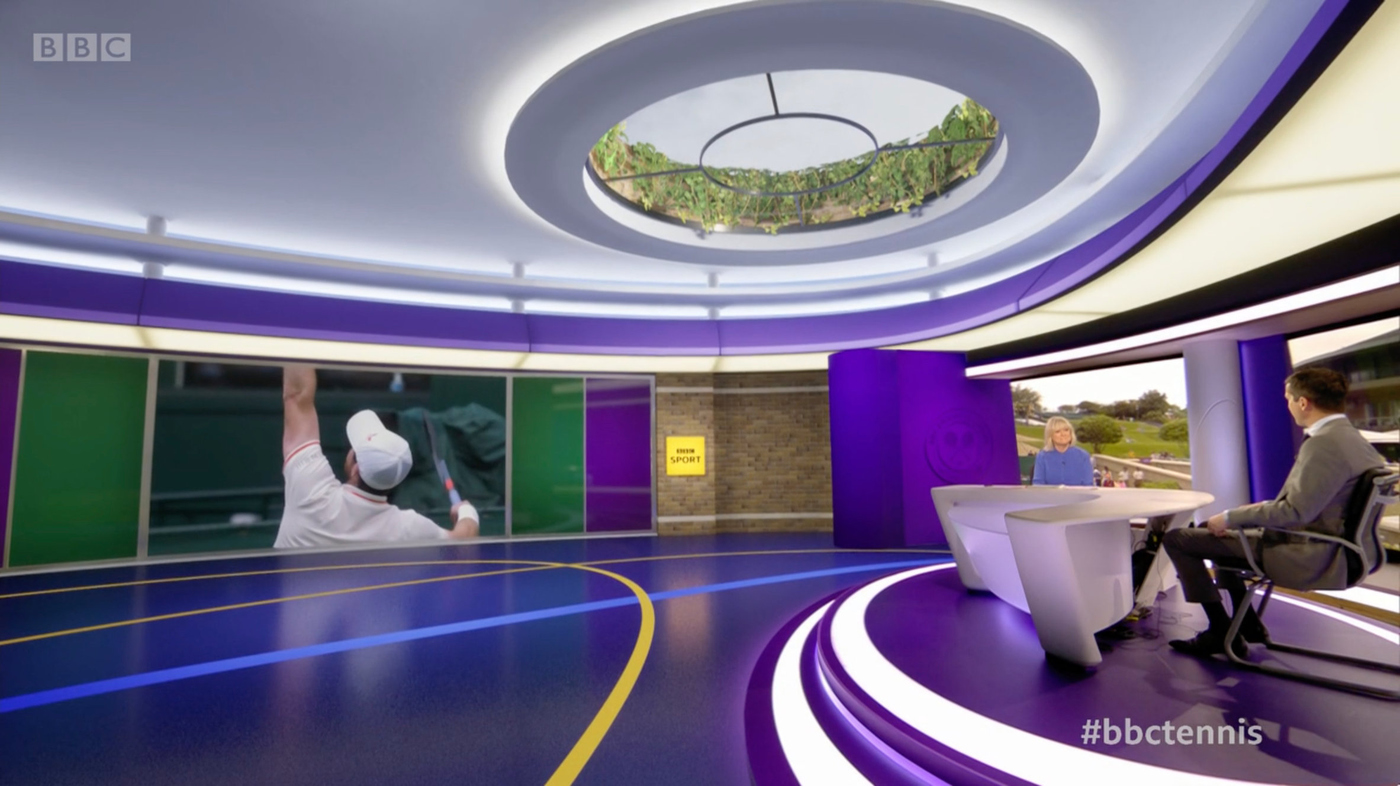 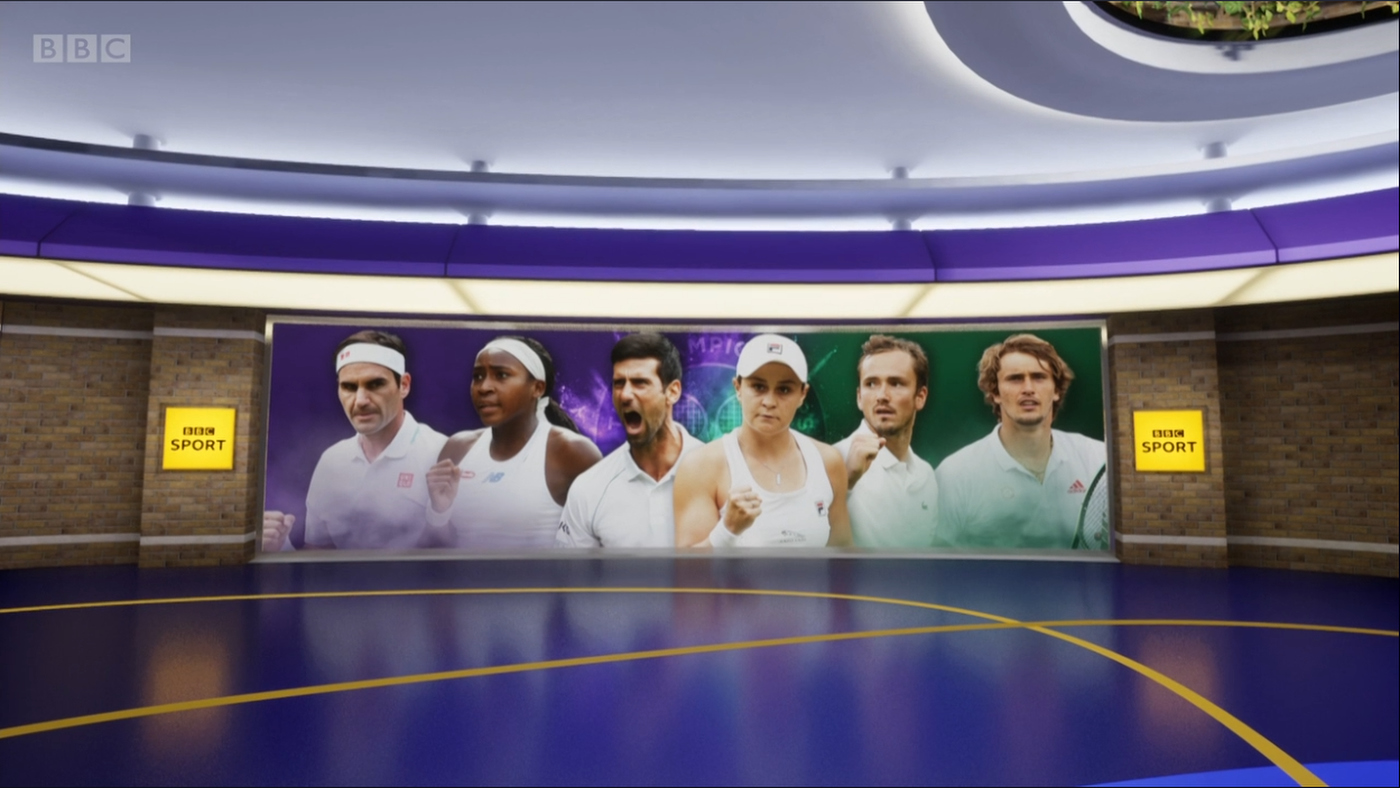 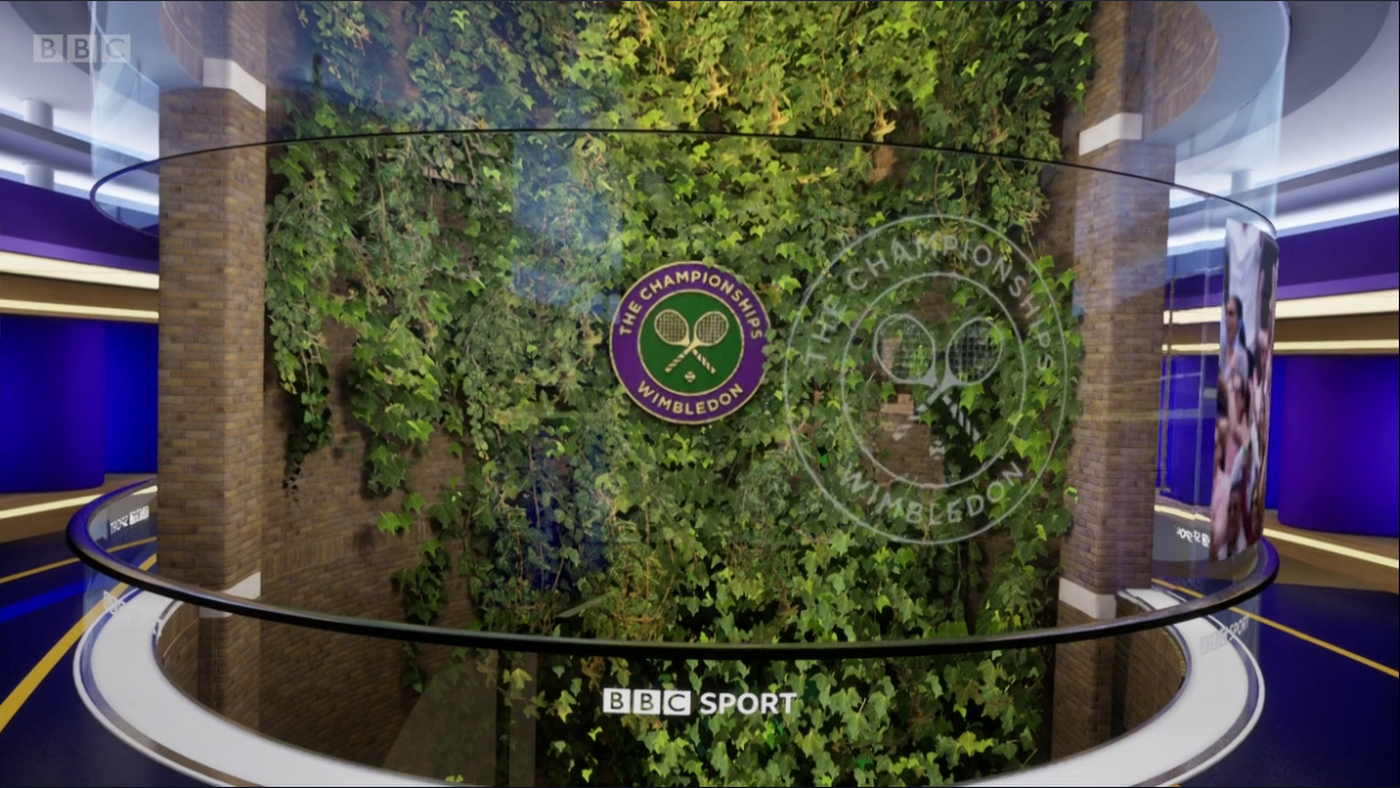 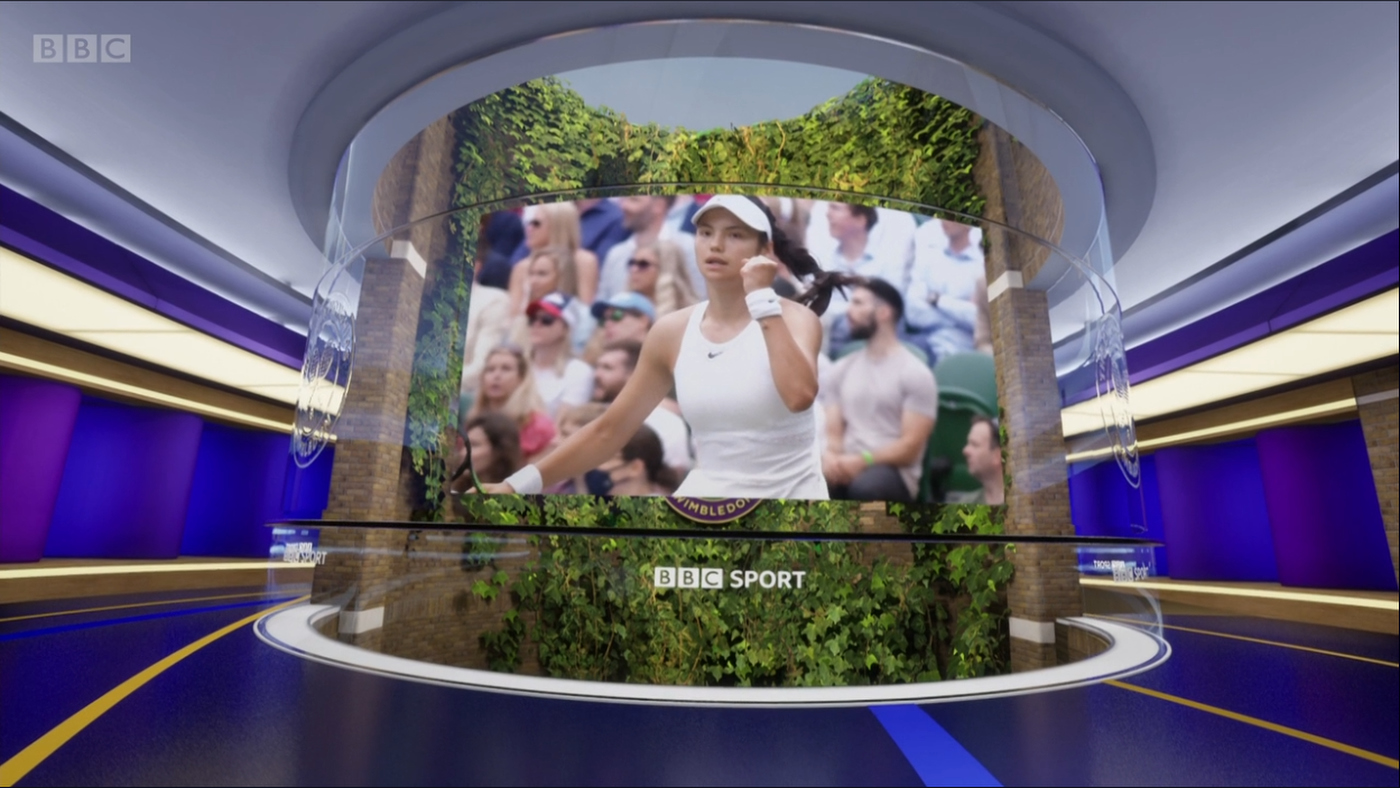 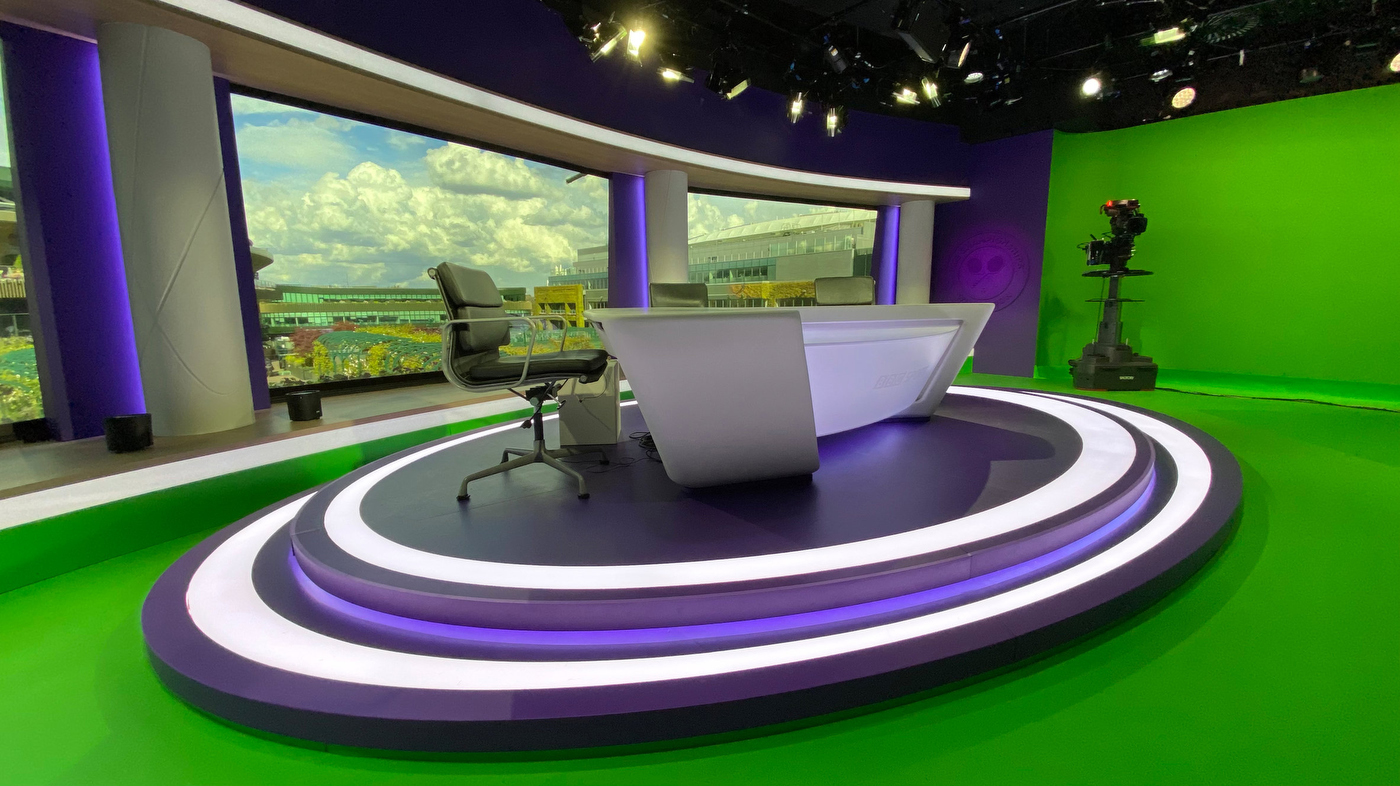 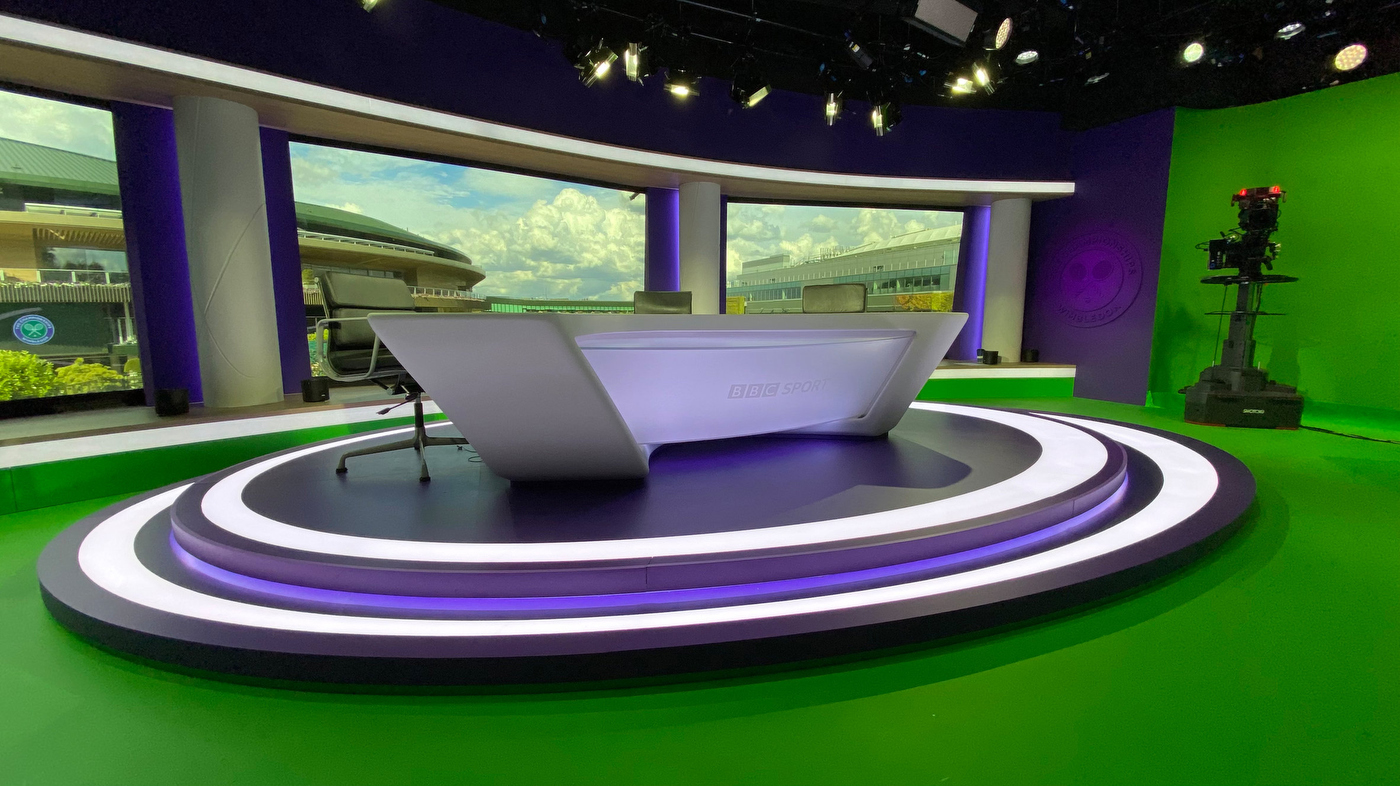 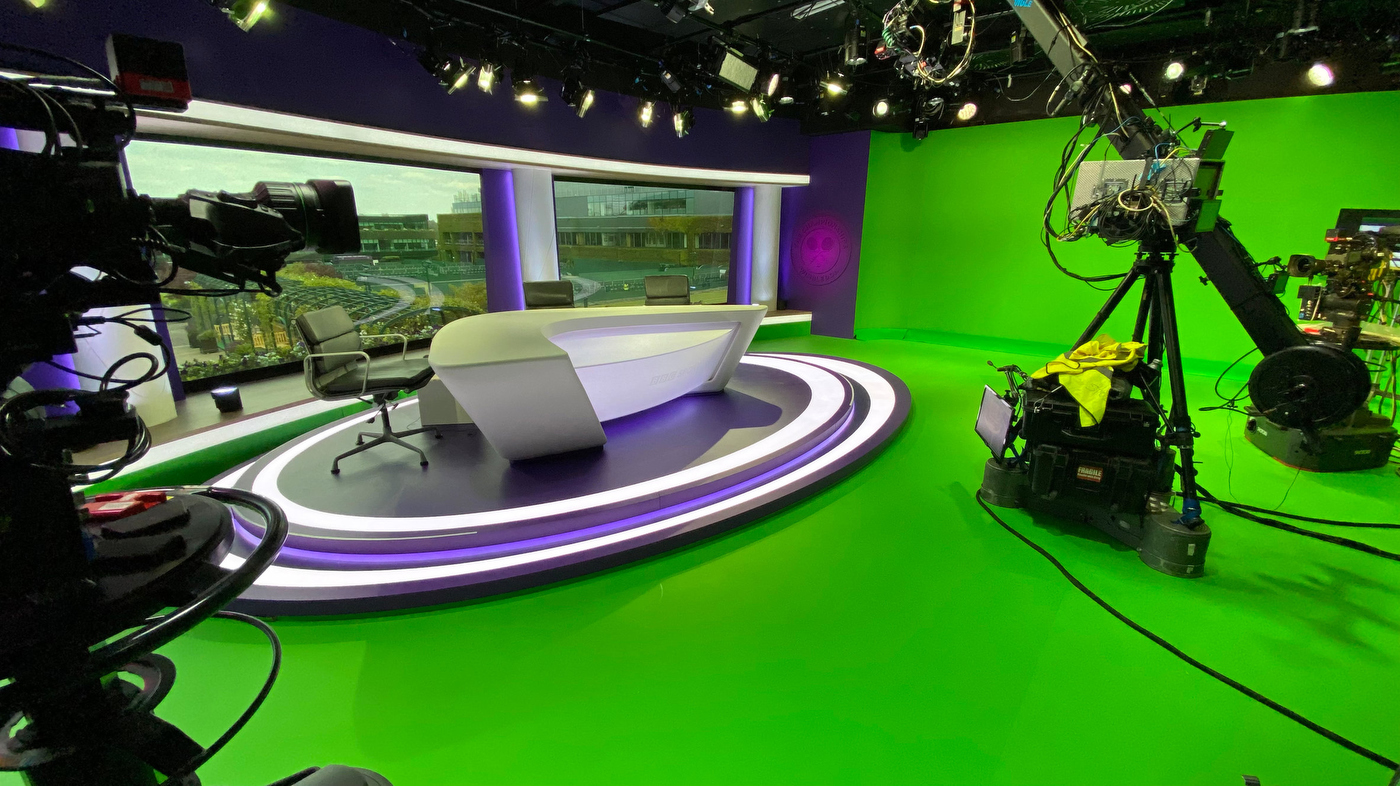 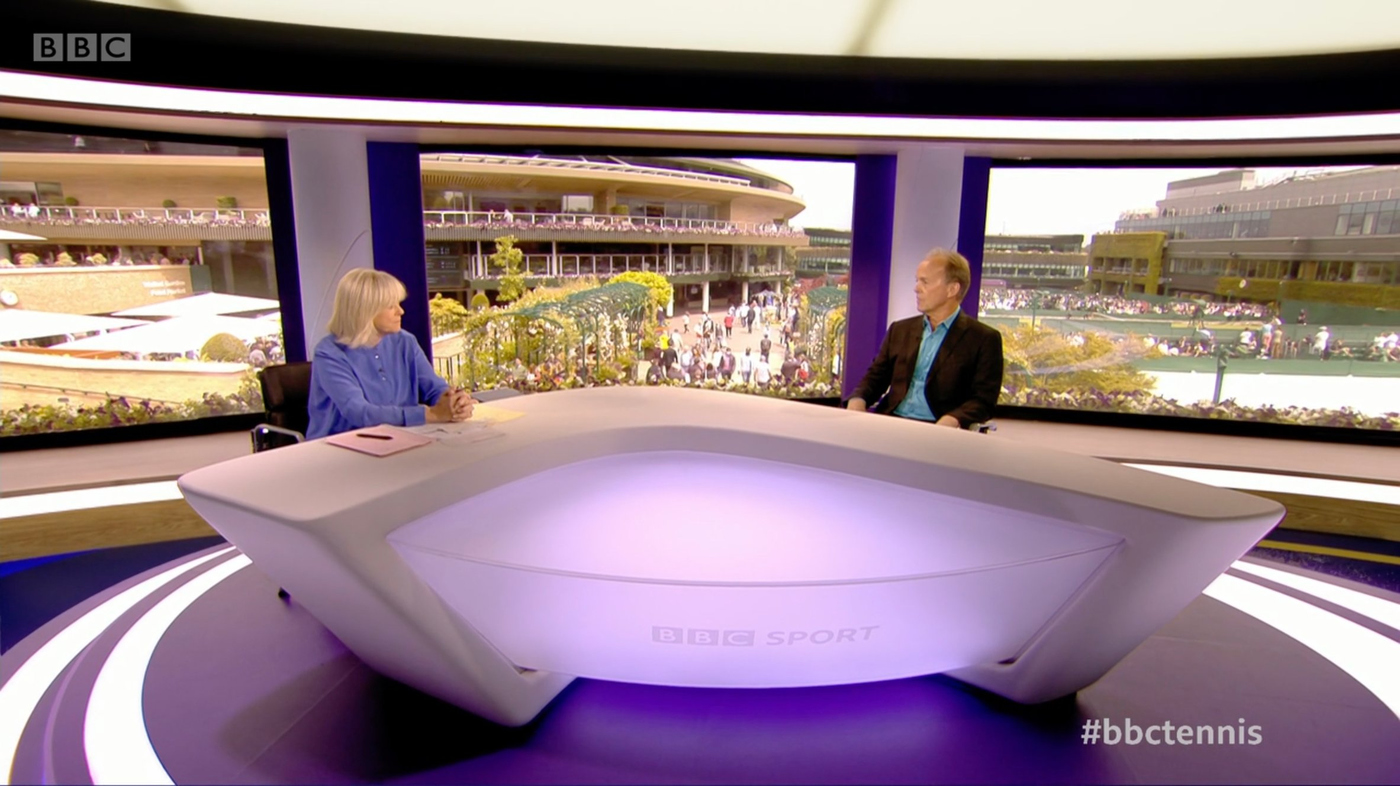 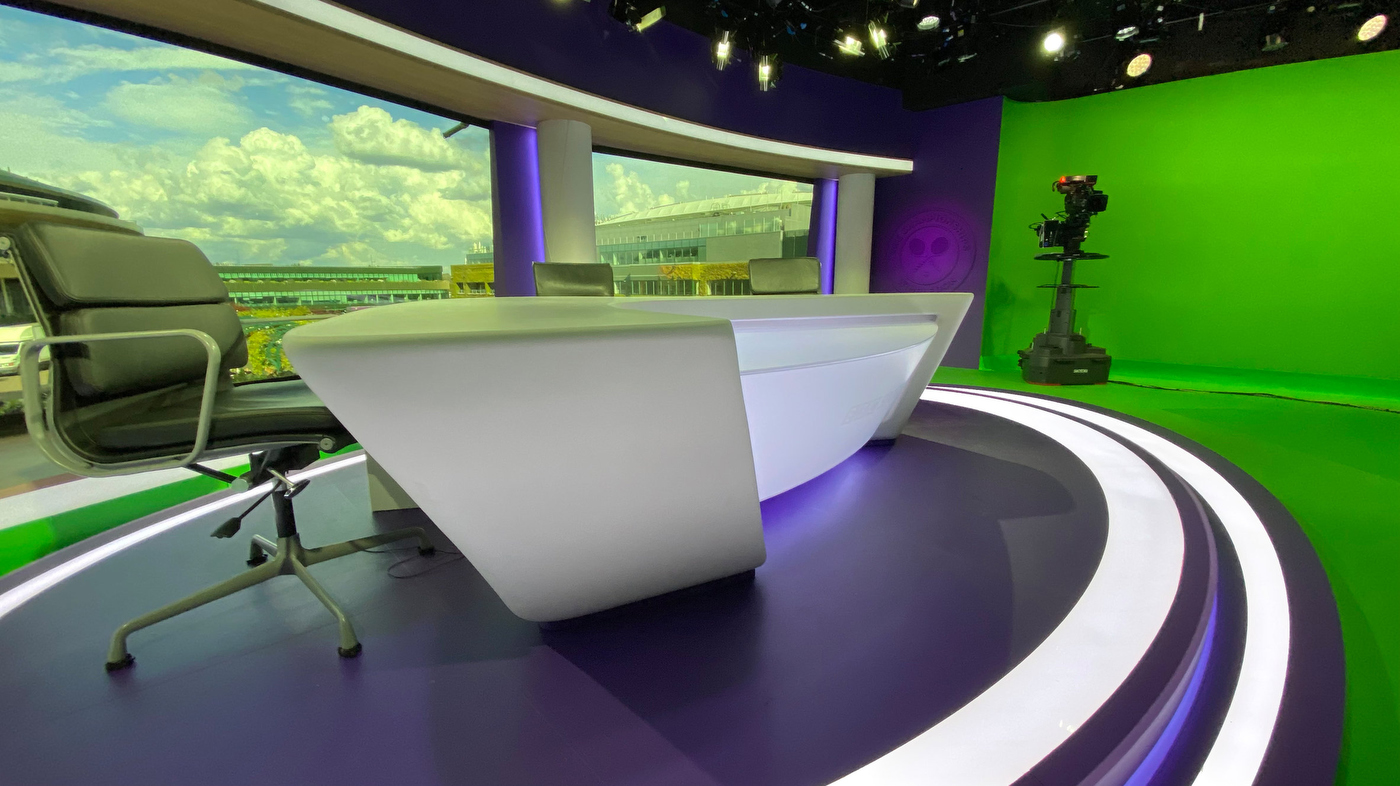 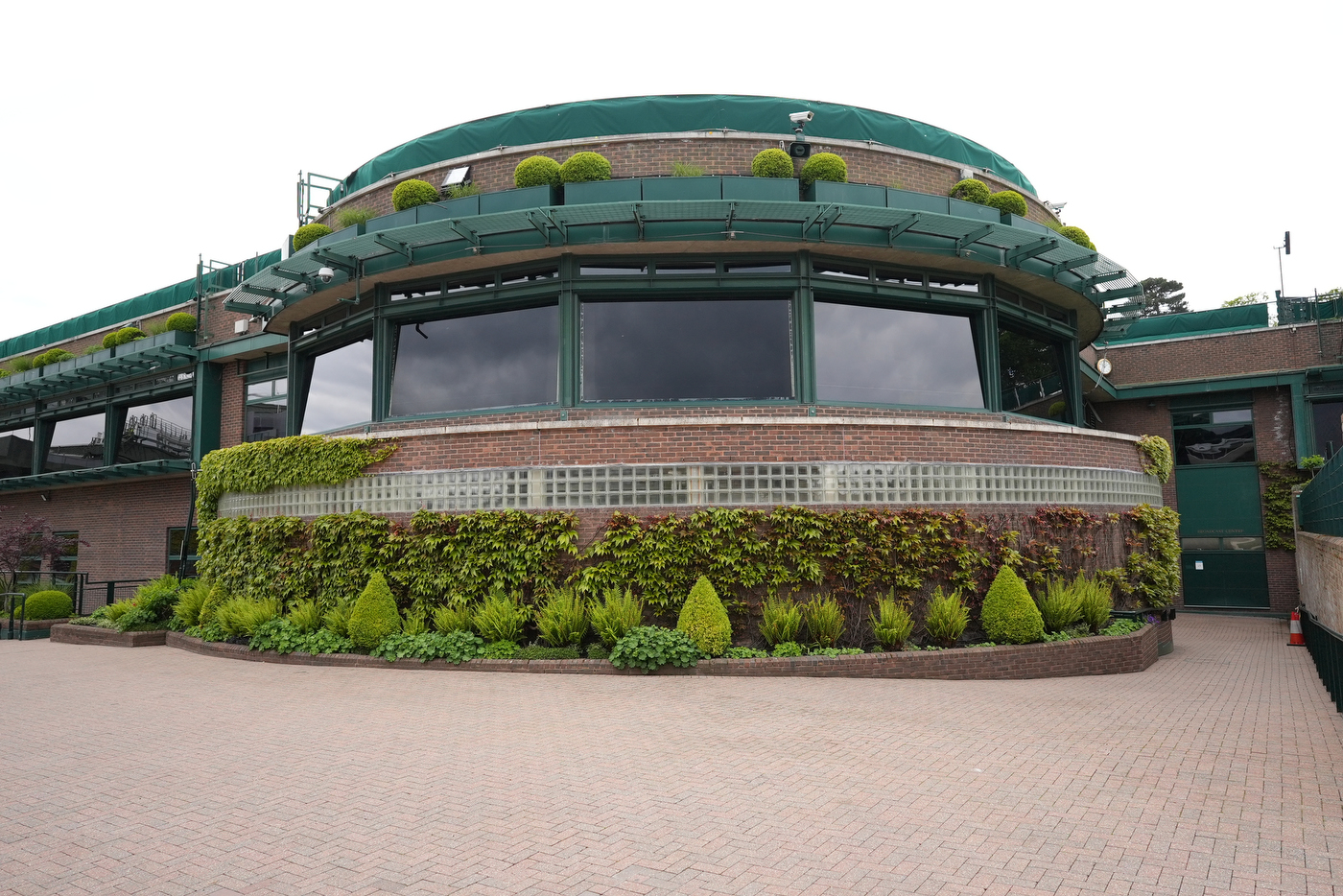 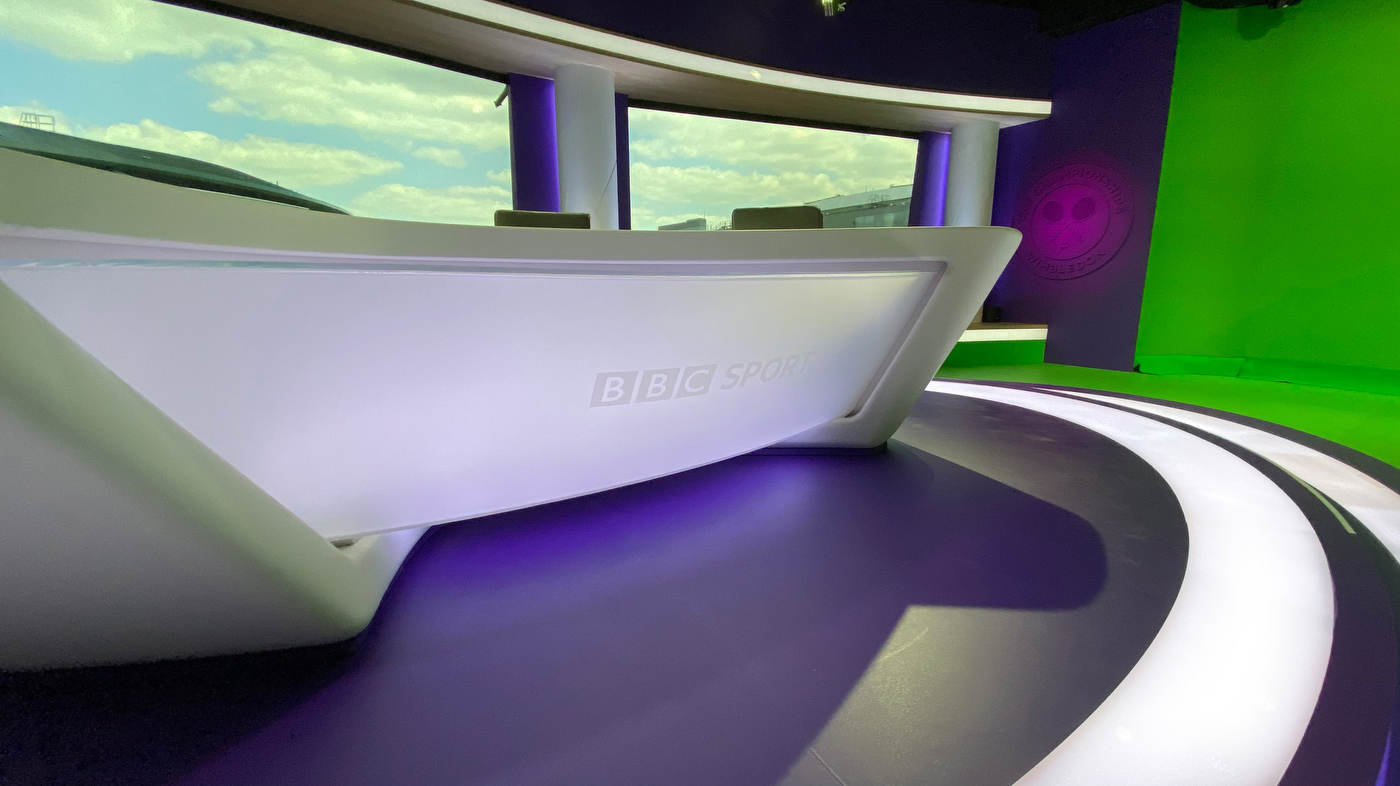 Studio that debuted with BBC’s 2021 Wimbledon tennis coverage, located at The All England Lawn Tennis and Croquet Club in London.

Using the curved windows of Studio 9 as a starting point, the virtual studio extends out to form a dynamic elliptical space centering on a circular lightwell. Lined with London stock bricks and ivy, this cylindrical structure represents the traditions of Wimbledon with its iconic ivy-clad buildings. This is a powerful physical metaphor at the core of the design, evoking the traditions of Wimbledon linking the past and future of the game.

A carousel of augmented reality glass embossed panels rotate around this core providing dynamic presentations for VT and stats. A series of curving headers radiate from this central core reflecting the curving forms of the center court building. Along with the central lightwell, these structures add dynamism and height to the space. They also emphasize the changing light conditions throughout the day and offer the potential for dramatic lighting moving into the night. The elegant curving form of a sculptural 1+3 desk provides a pivotal focus to the studio.

An opening in the VR wall allows for 16:9 Vt and stats and a 32:9 extended graphics area which can be removed to reveal a window out onto the courts with feeds from various ‘beauty cams’ around the complex.