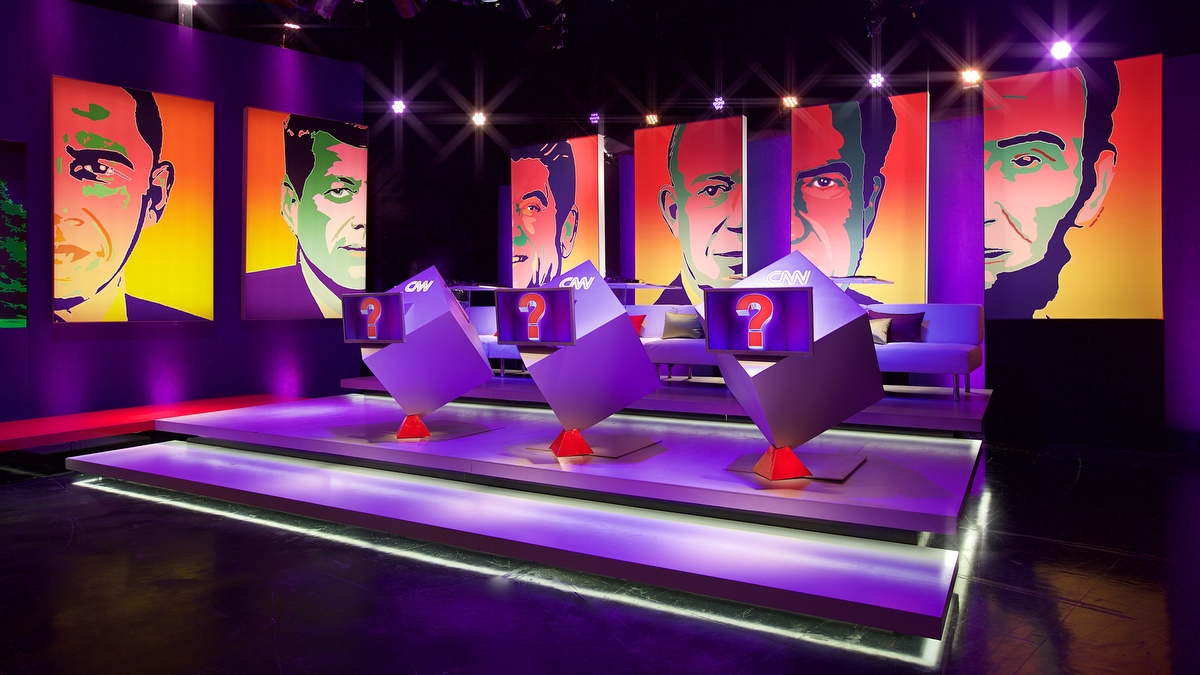 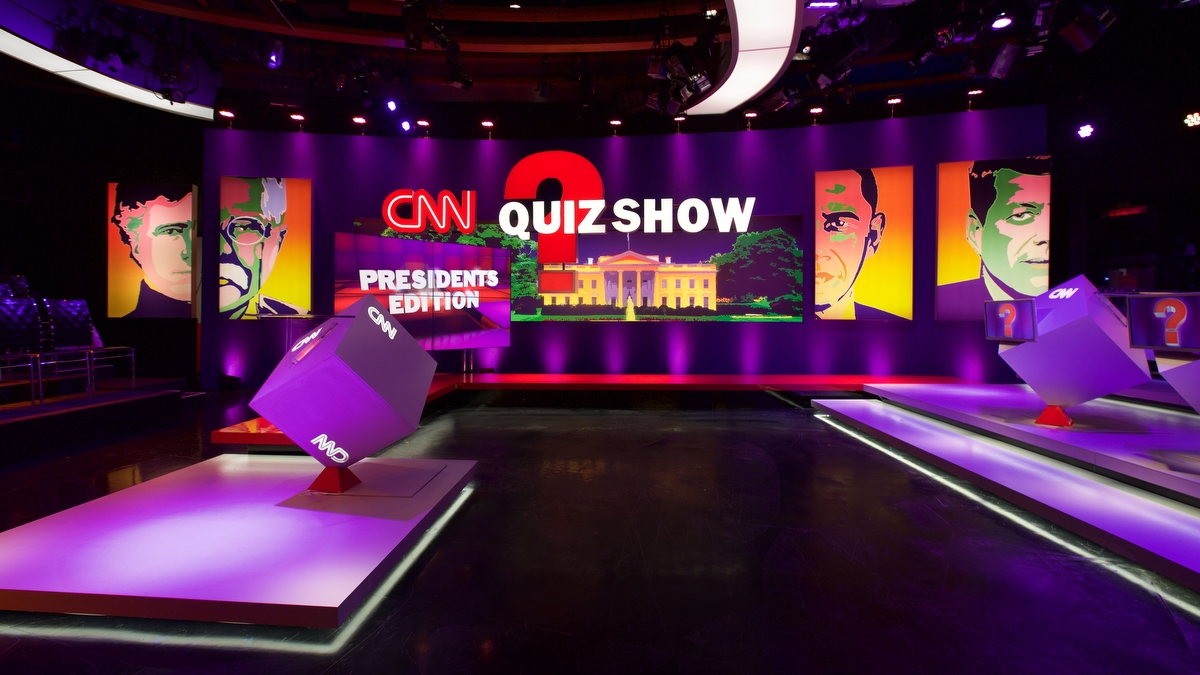 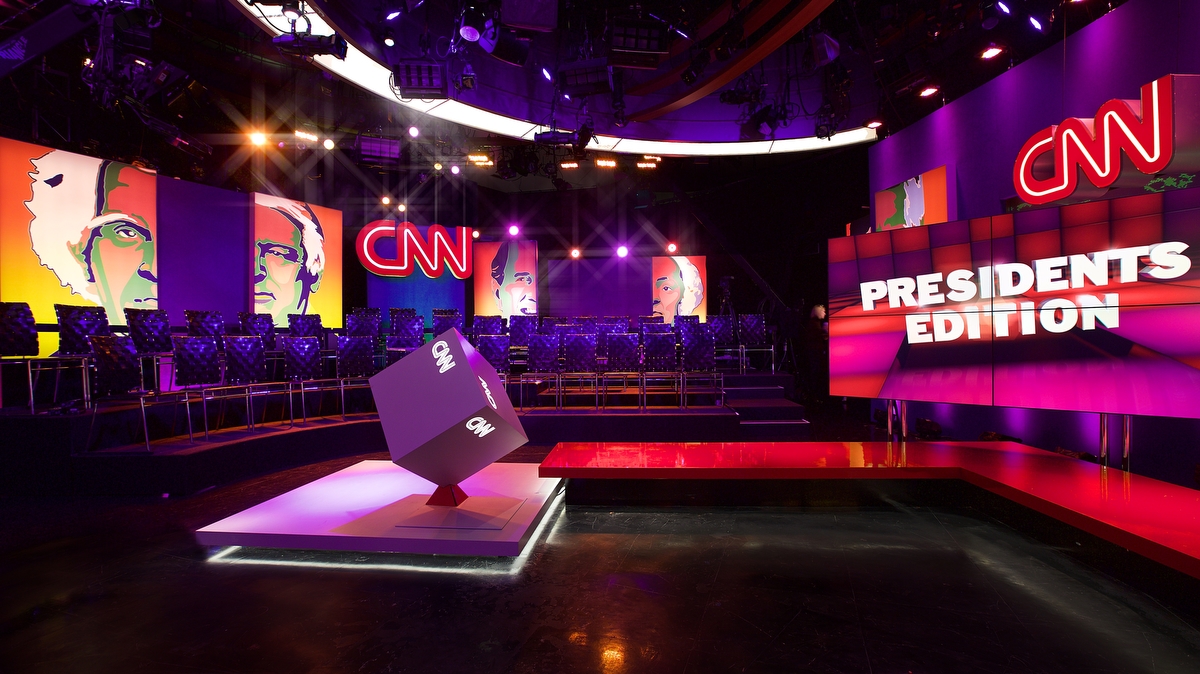 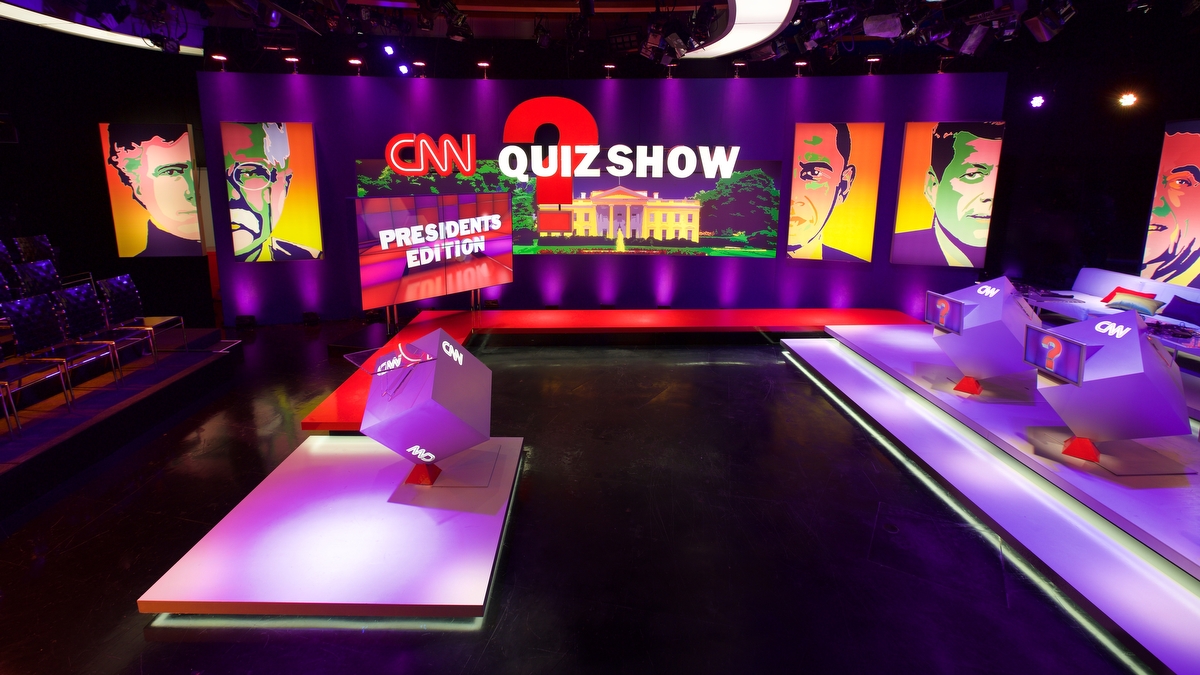 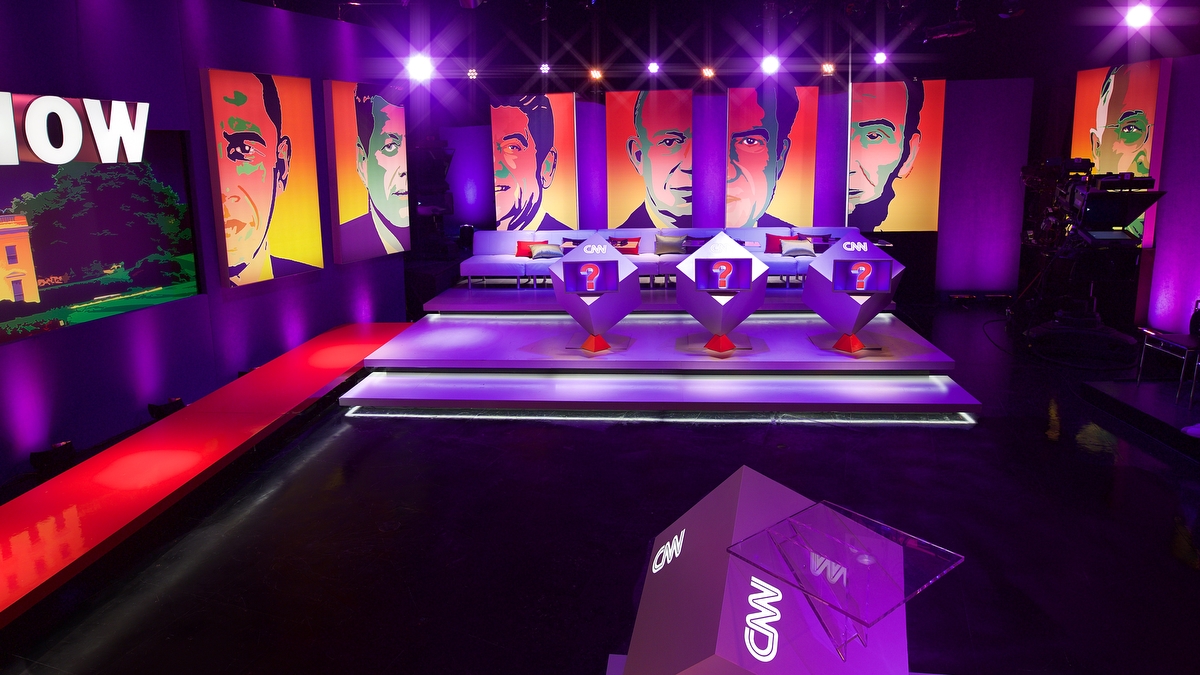 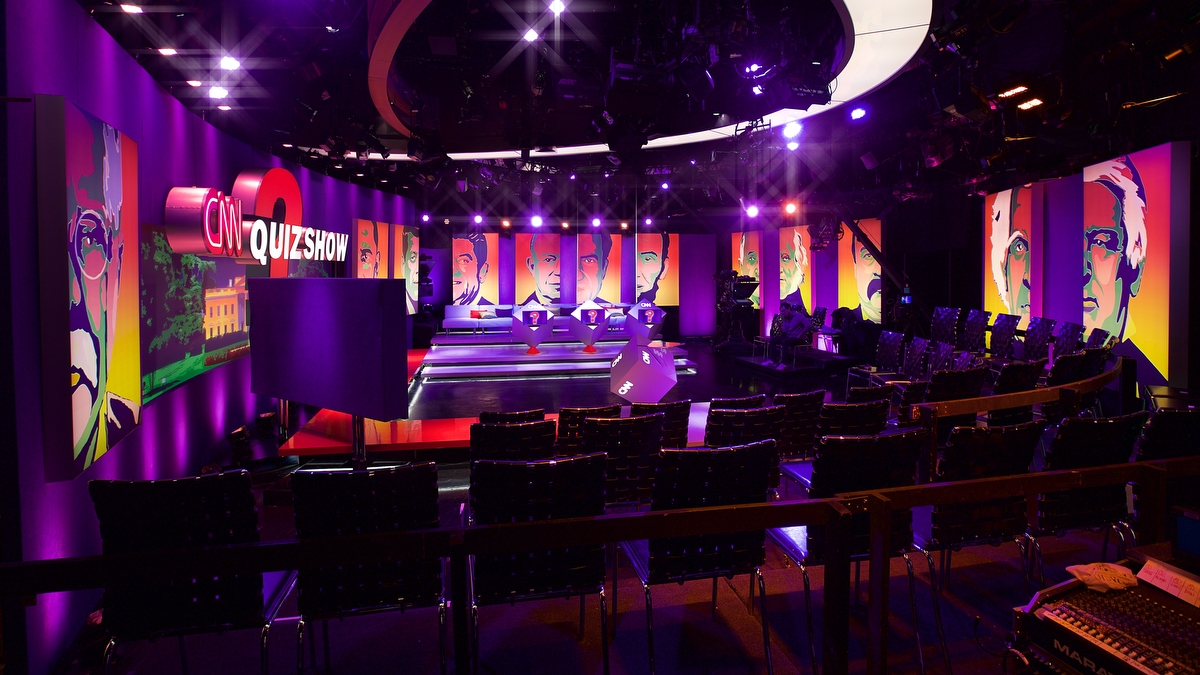 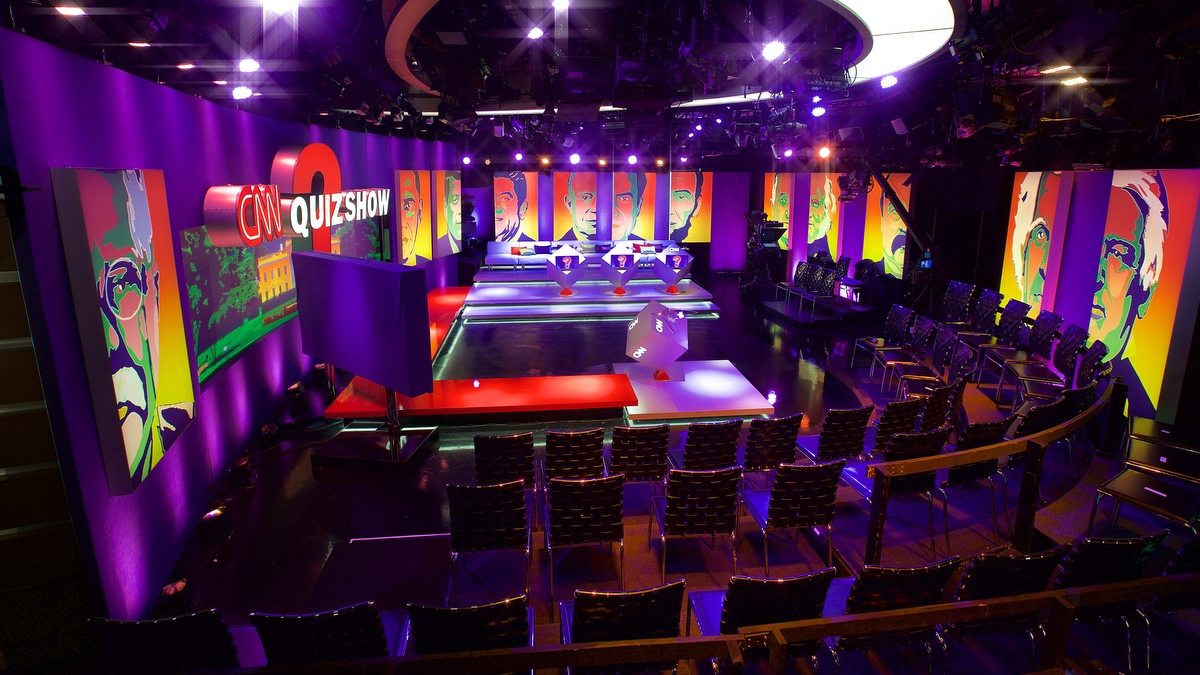 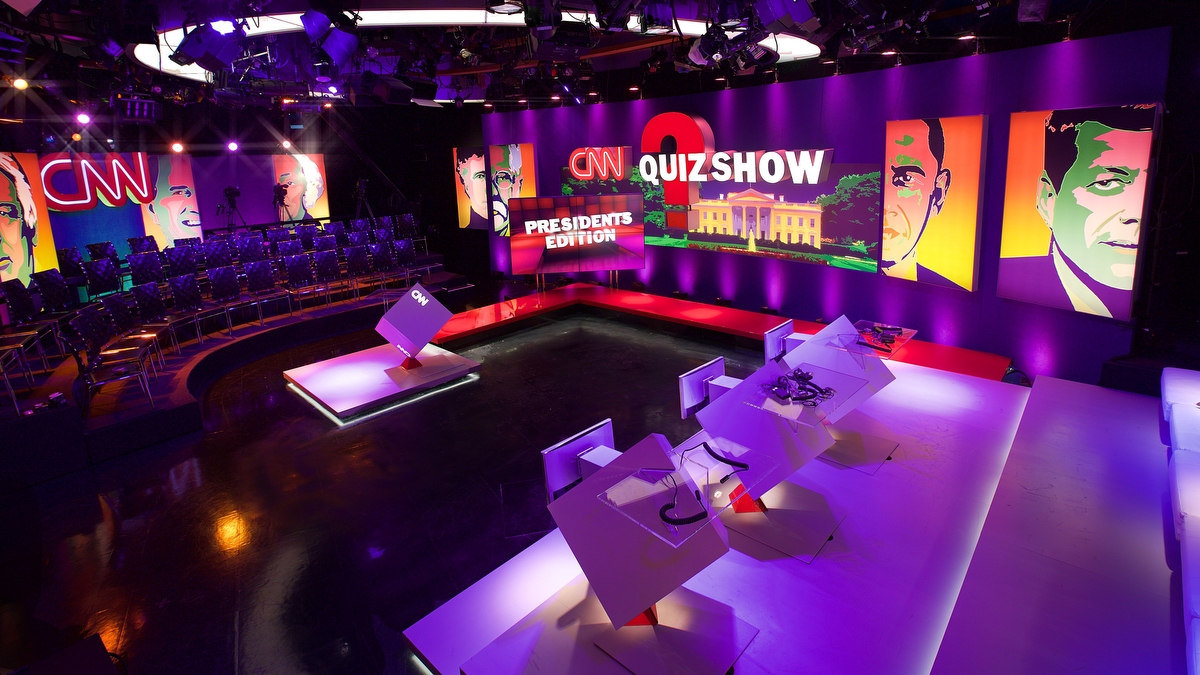 CNN’s Quiz Show features an adaptation of the network’s iconic cubes, this time as podiums for host, Anderson Cooper and for the six anchor-team contestants.

The show was filmed in CNN’s Communications Center studio.