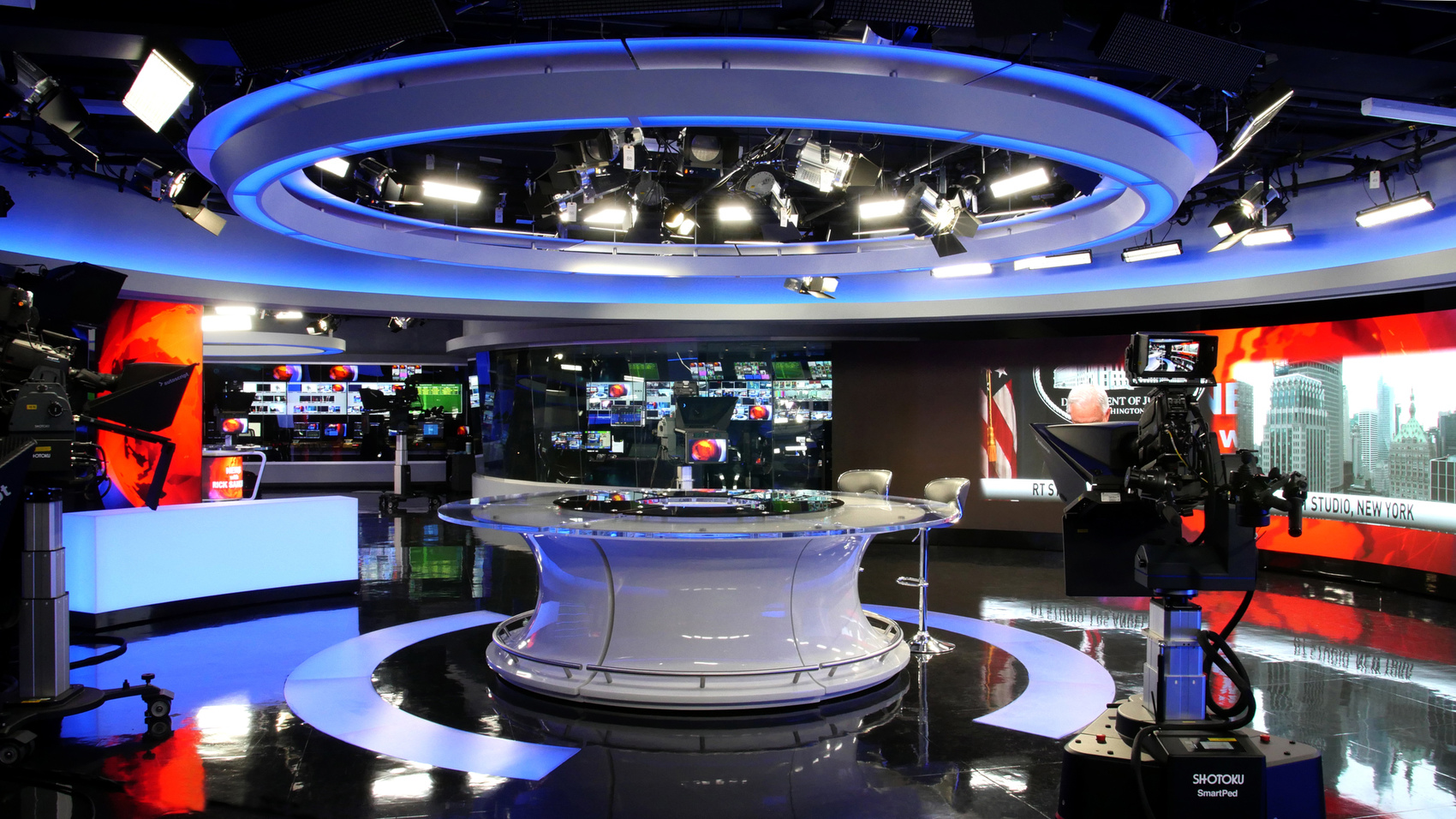 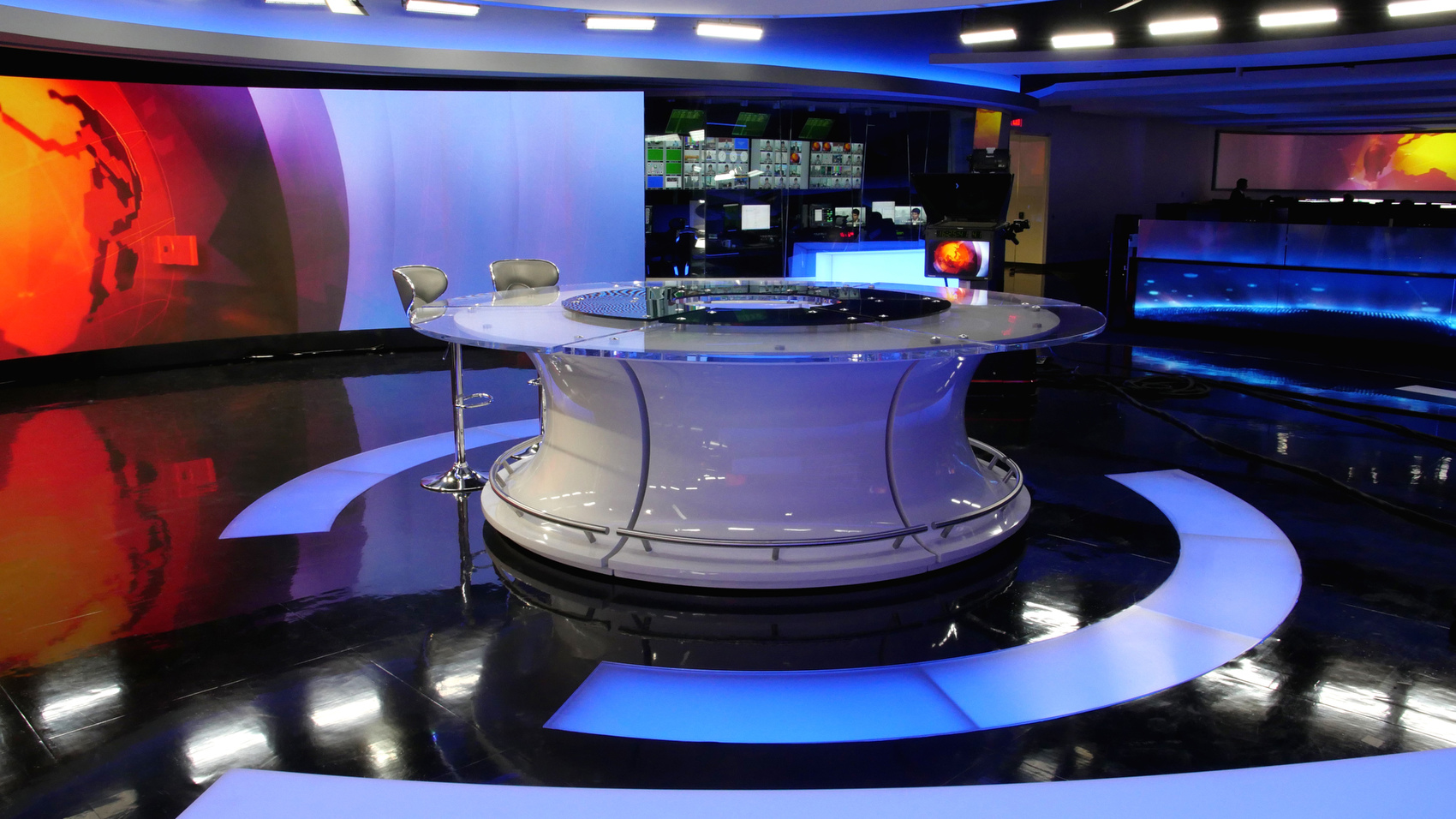 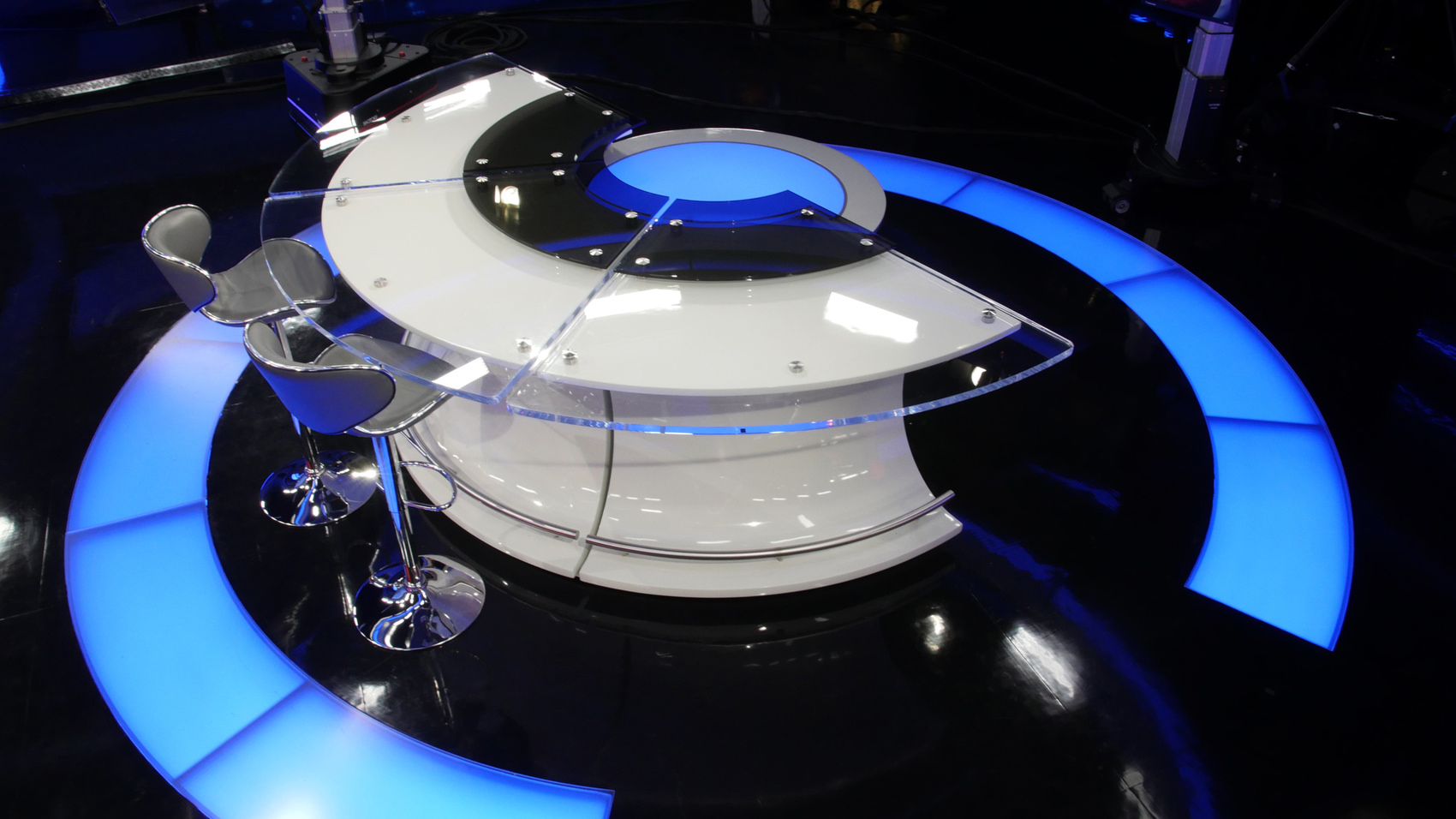 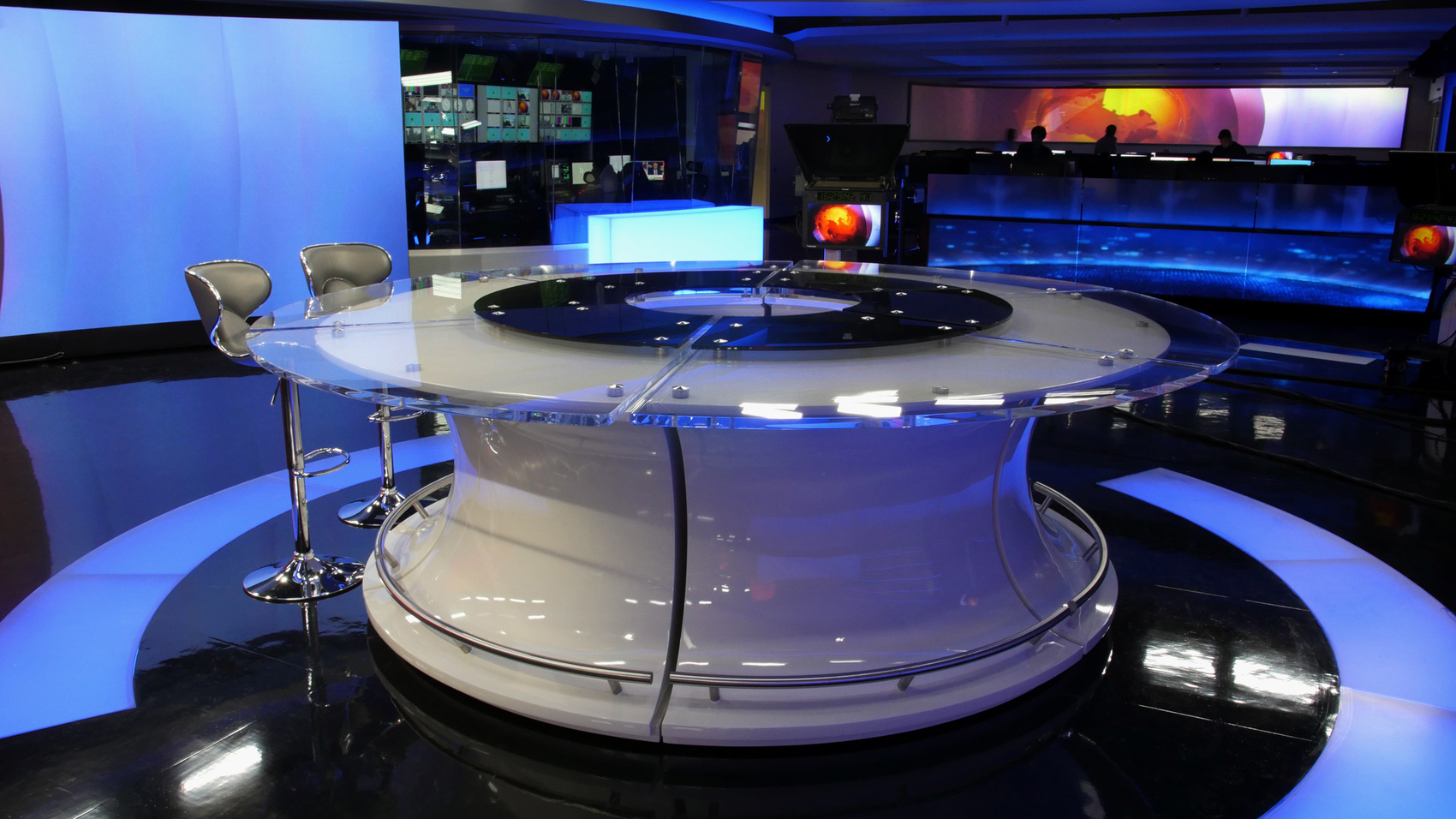 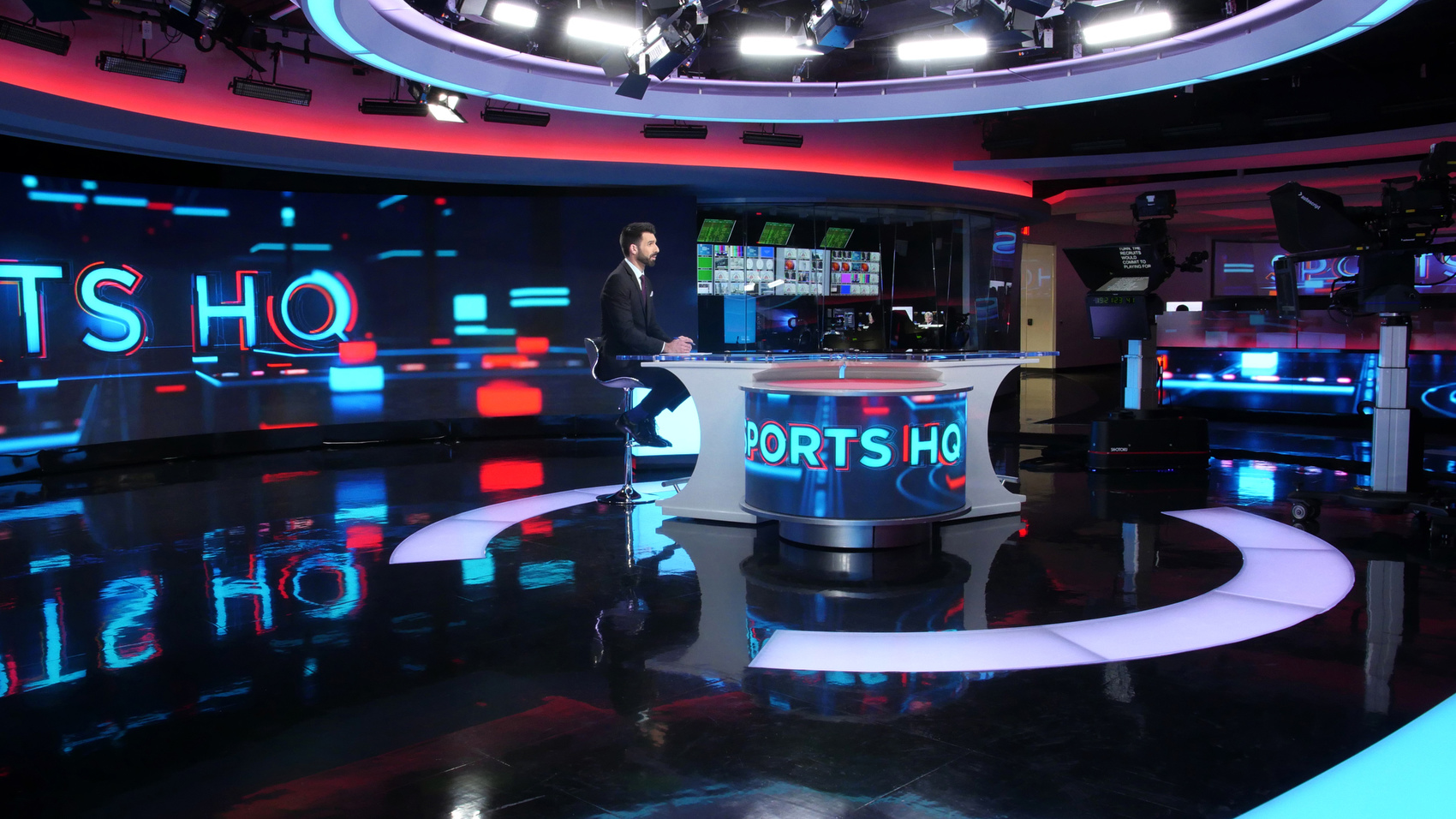 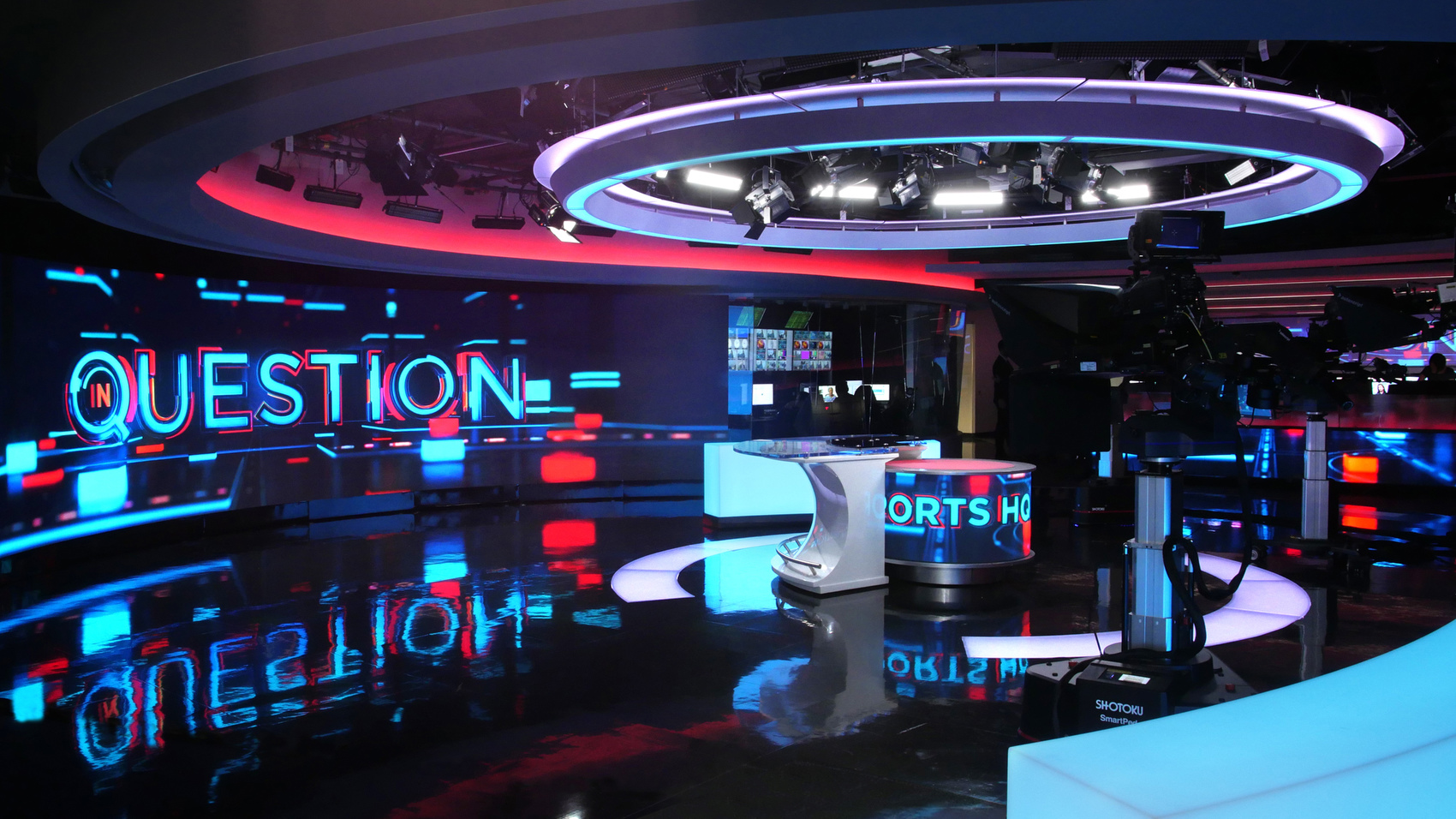 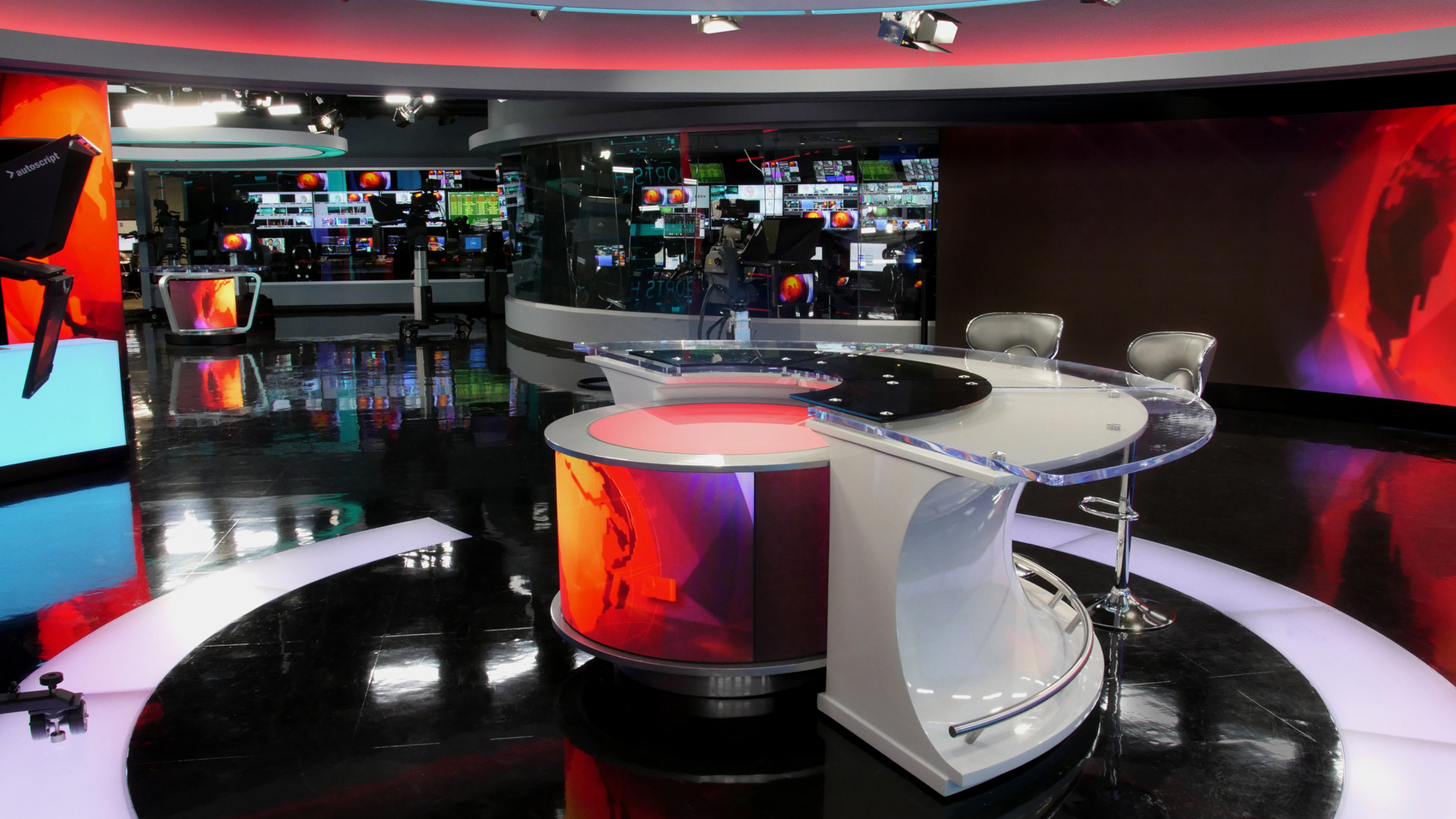 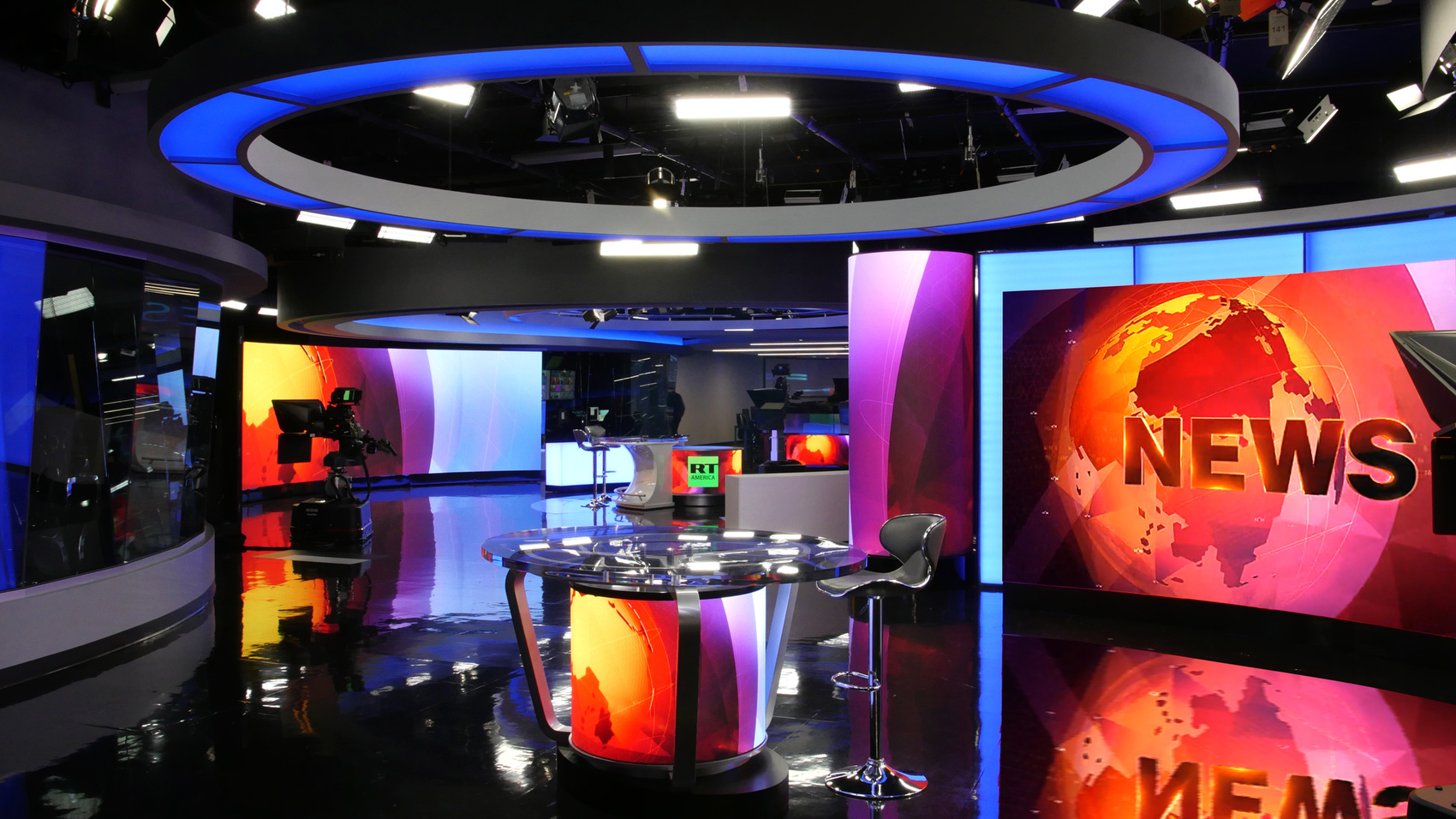 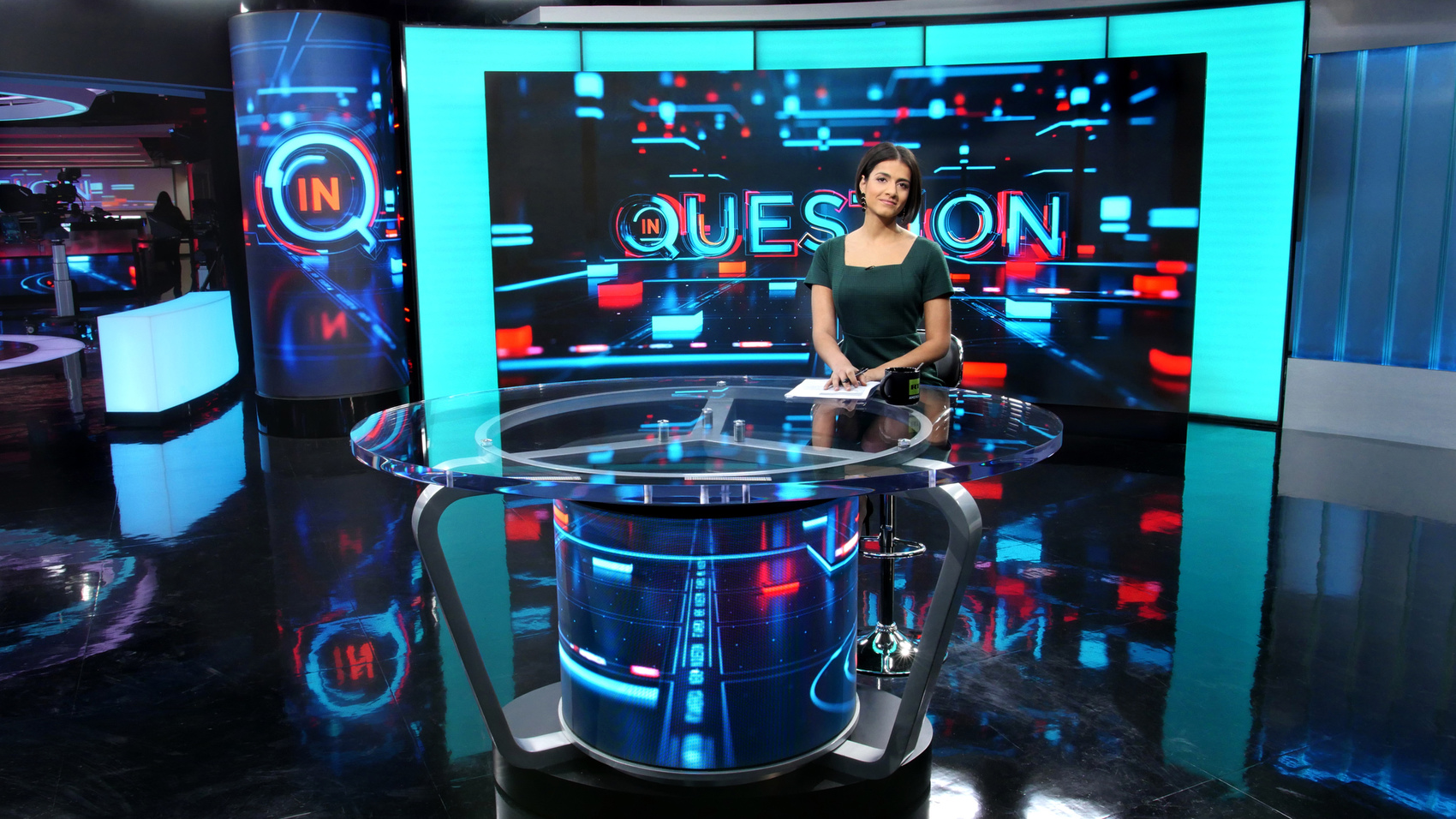 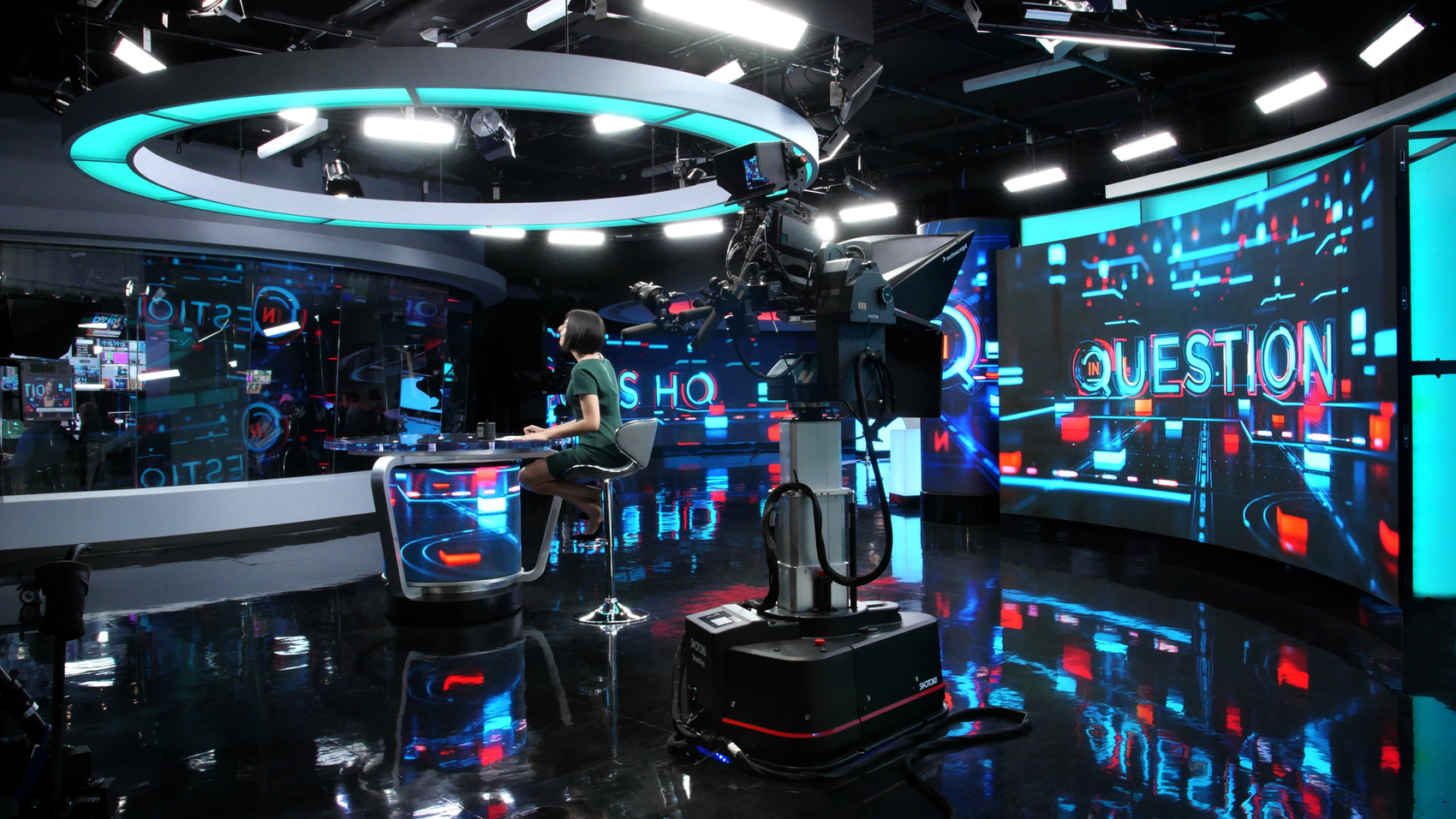 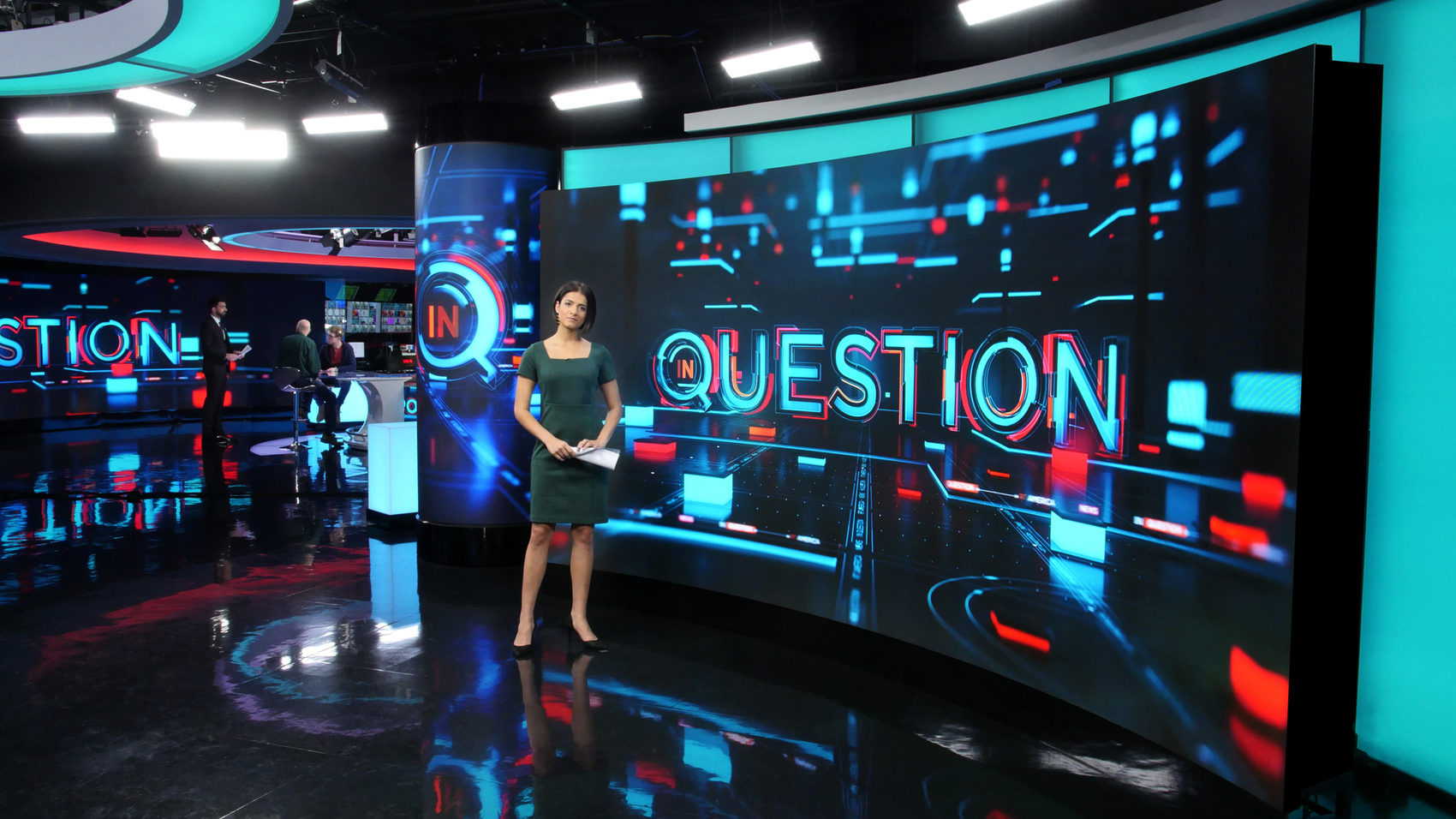 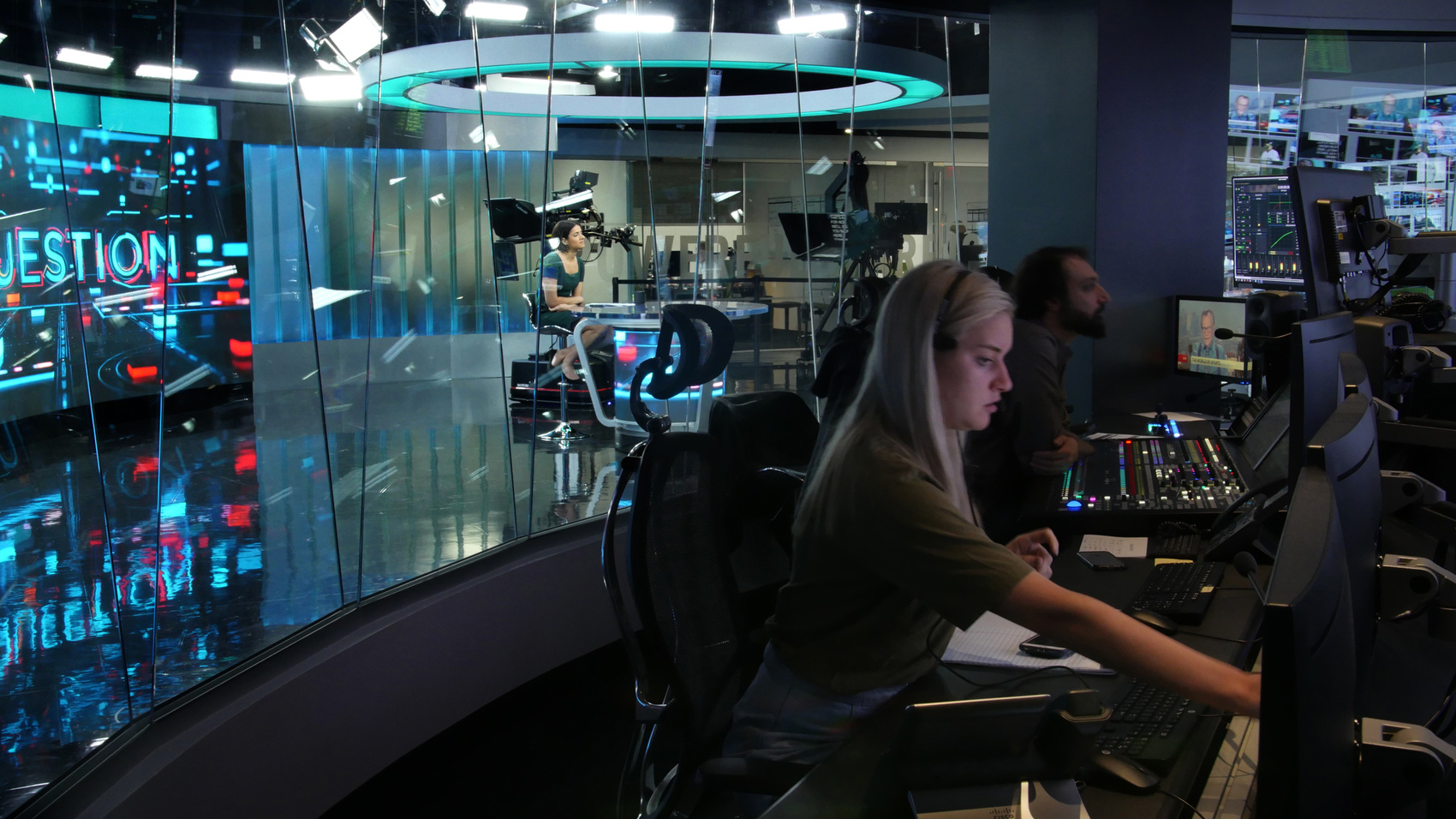 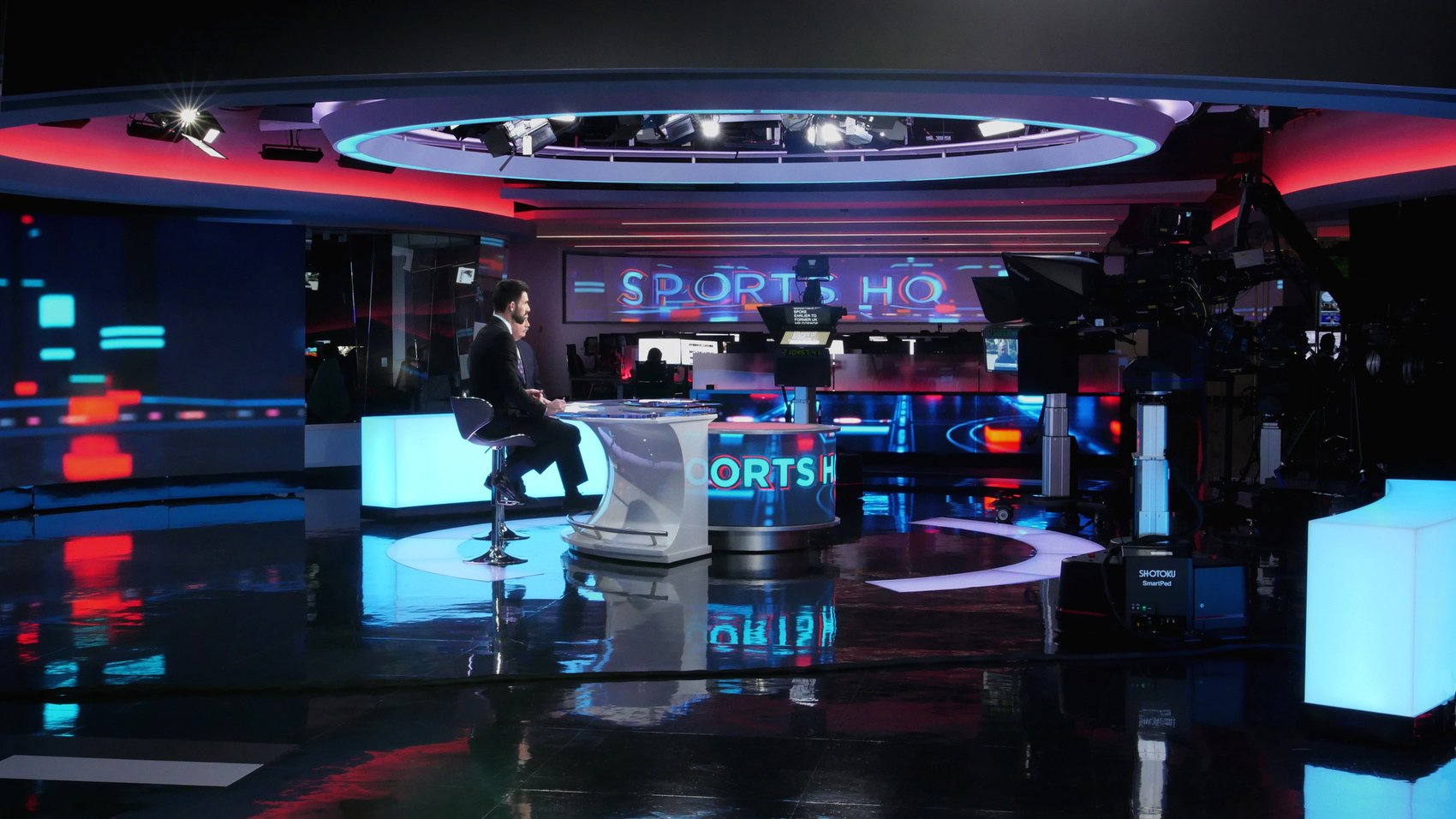 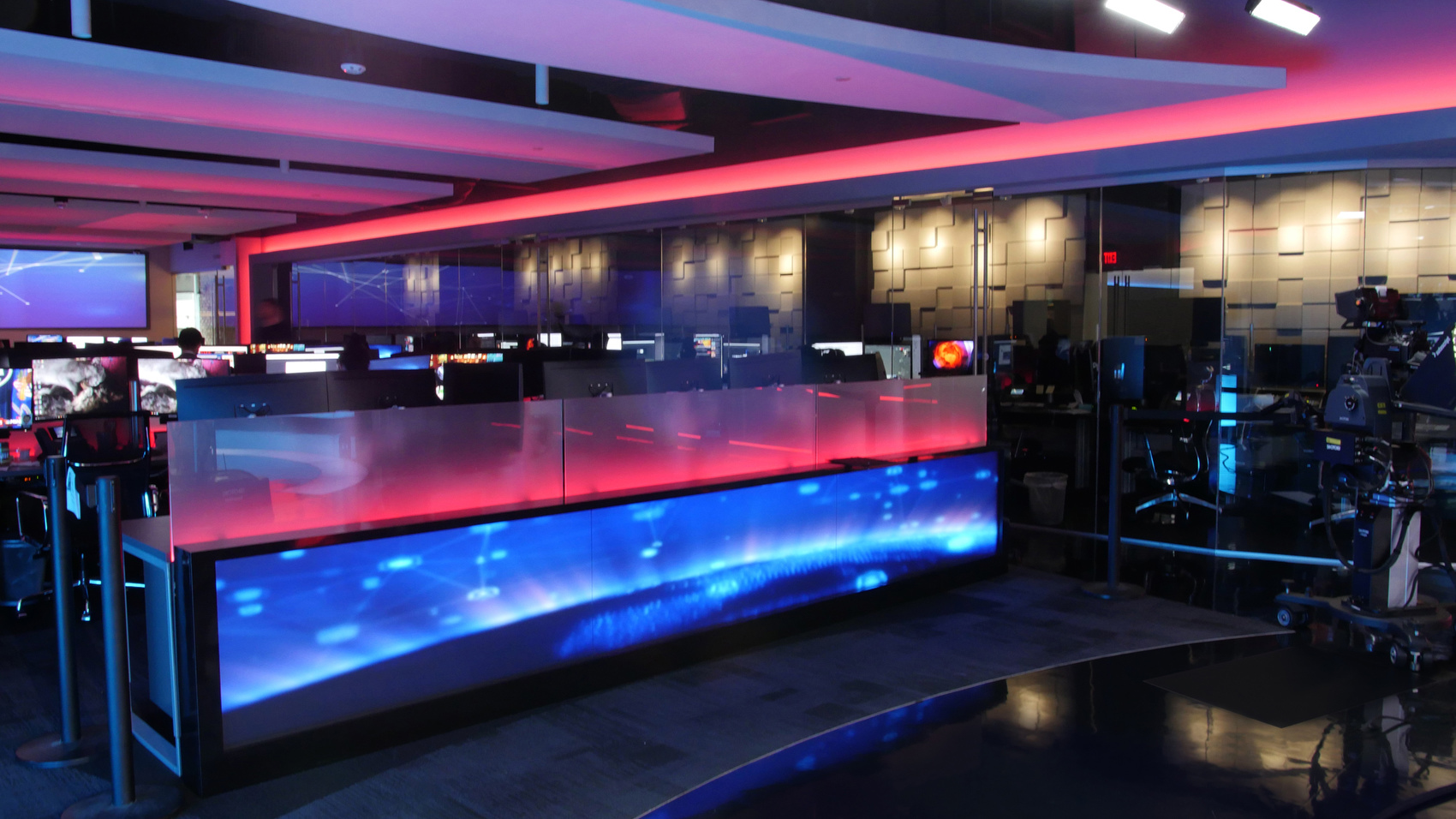 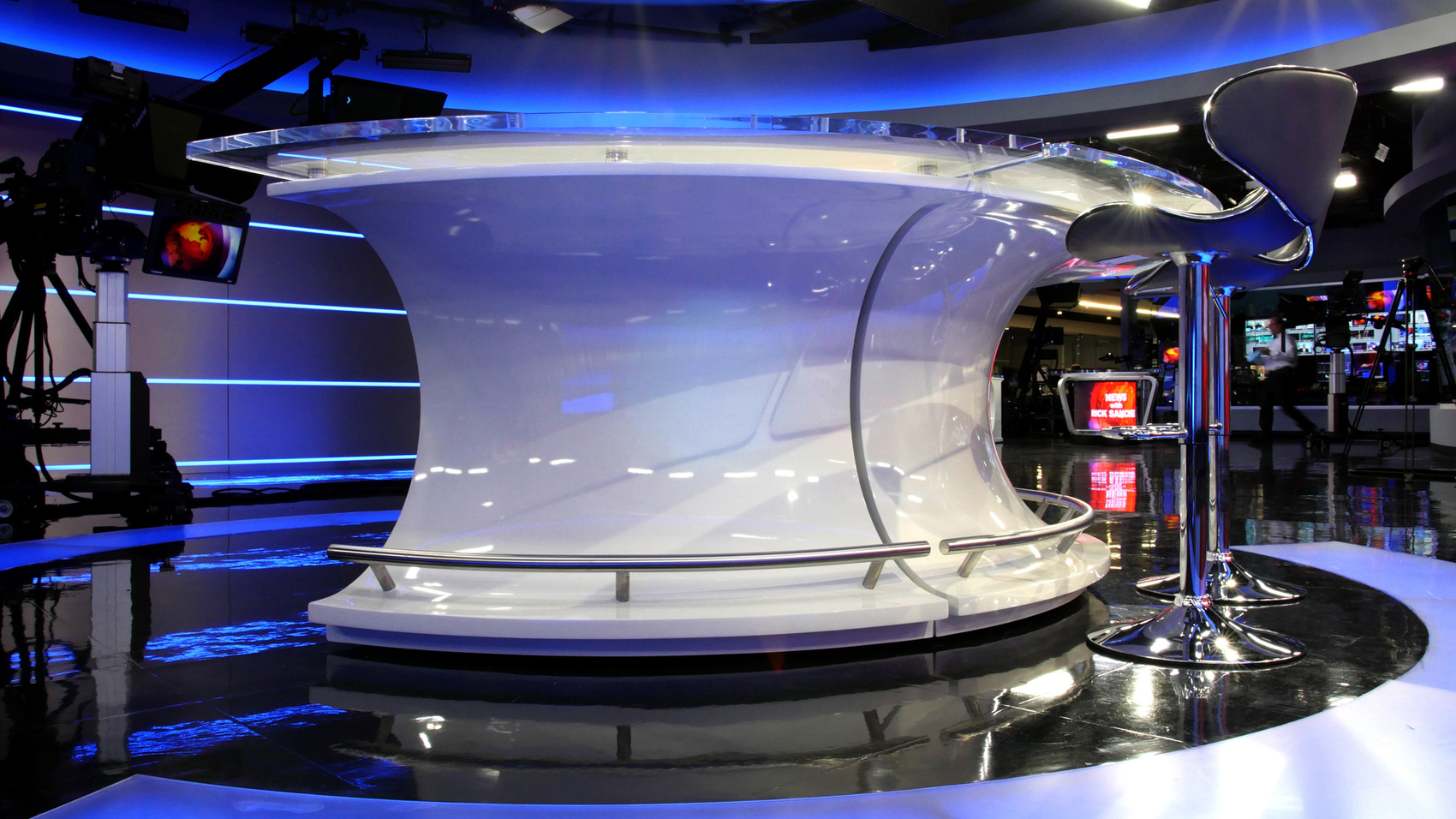 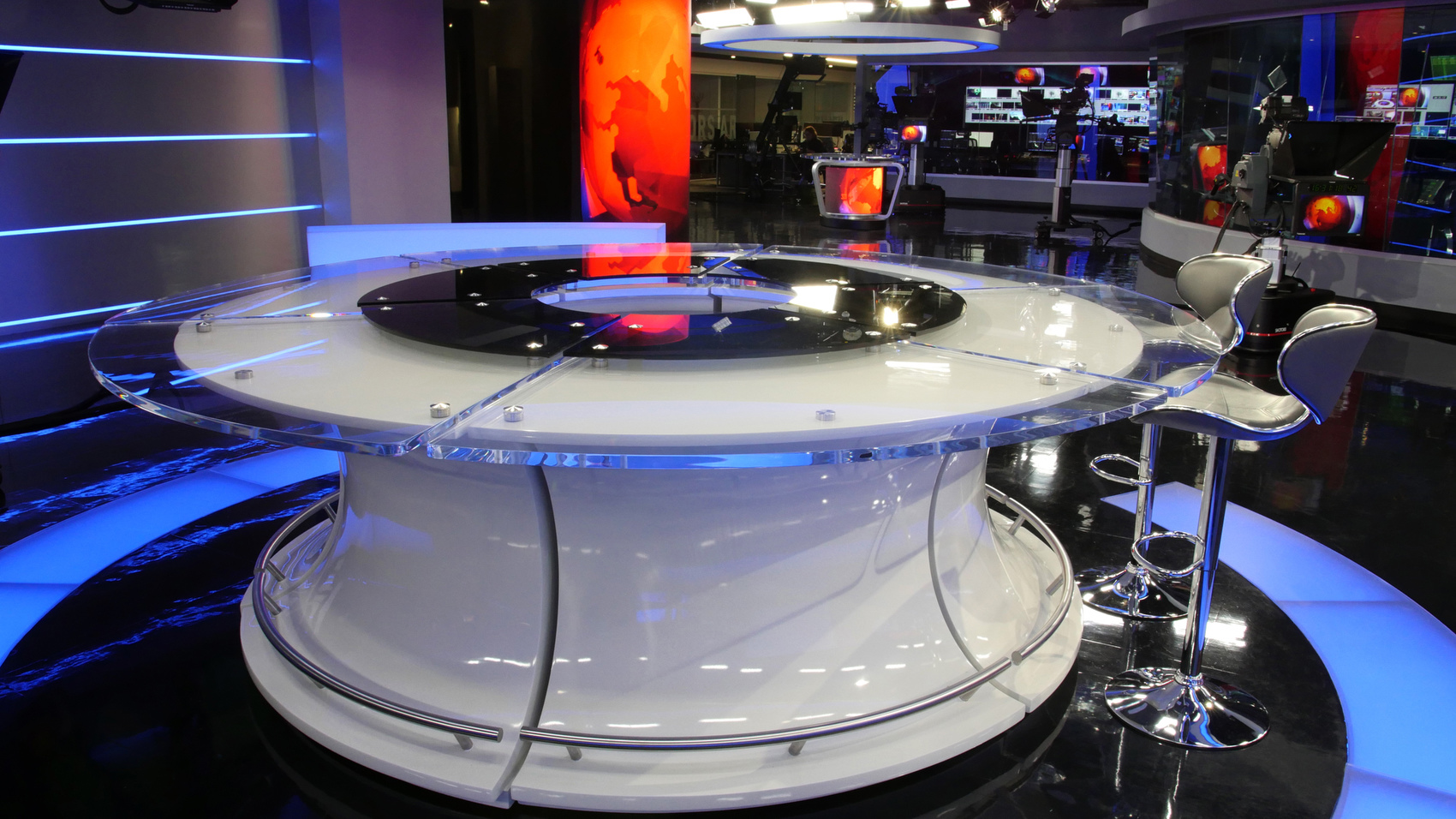 The build-out was a collaborative effort between T&R, BDI, Bruce Lawson AIA, Azzurro Group and HITT Contracting. The in-depth process enabled T&R to have one of the most versatile studios in the City if not in the country. The goal of Mikhail Solodovnikov, General Manager, was to create an environment that was so versatile he could change the look just by changing the camera positions. Despite a low ceiling in the second-floor studio, together we were able to provide two distinctive open studios that could interact or be separated.

The main larger set can shoot 360 degrees thus creating these distinctive backgrounds. This set is anchored with a circular desk which contains a center video drum that is surrounded by six identical curved pieces allowing endless configurations for anchor/guests on various shows. The other key part of the design was to have the flexibility to change video backgrounds.

BDI designed nine curved 1-meter wide mobile LED towers that could be joined together with a proprietary locking system to make this massive nine-meter curved LED video display wall. These towers can be separated and configured as desired. Each of these nine towers is fed with individual processors allowing for separate video feeds or processed as one large image when all together.

BDI designed additional technology that included a 1 meter by 2.4 meter high cylindrical LED video display column as well as a smaller LED video display column in an anchor desk. Lastly, a curved screen on the back wall of the newsroom was designed with six overhead short throw Christie projectors that were blended for one image. The technology on this project was designed with the help of DesignLED, Azzurro Group, rp Visual Solutions, Christie & T&R.
Photography by Bill Holshevnikoff.