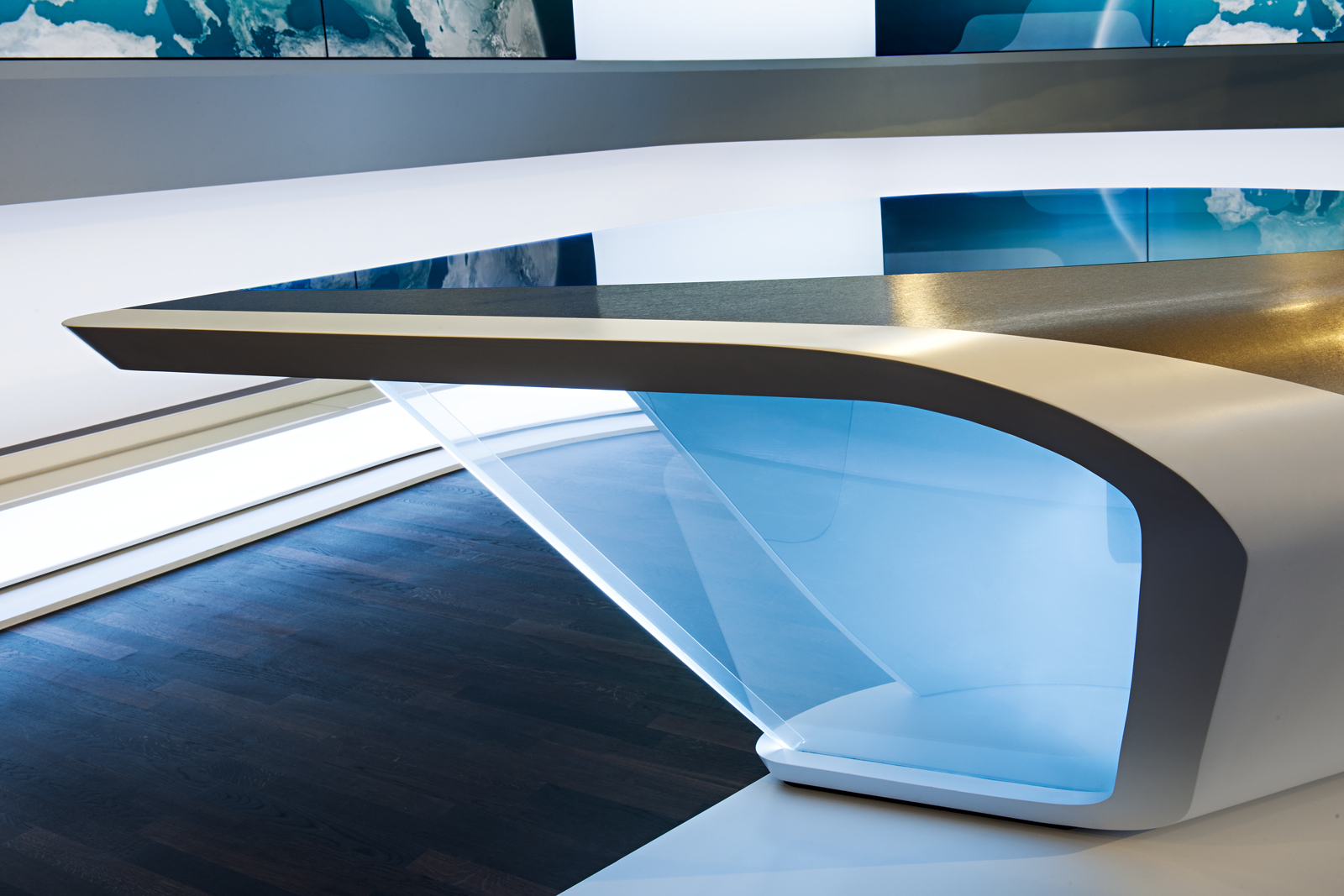 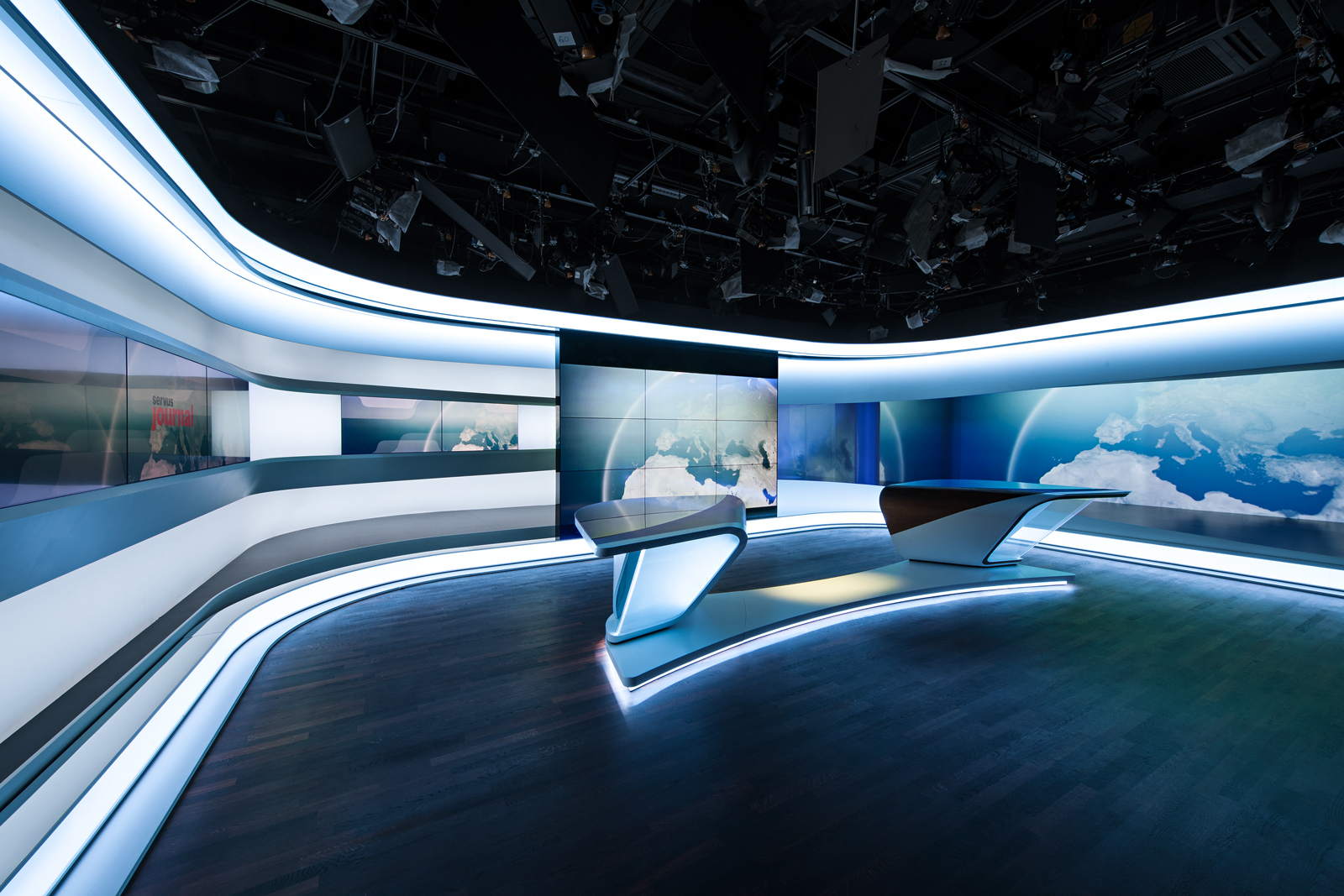 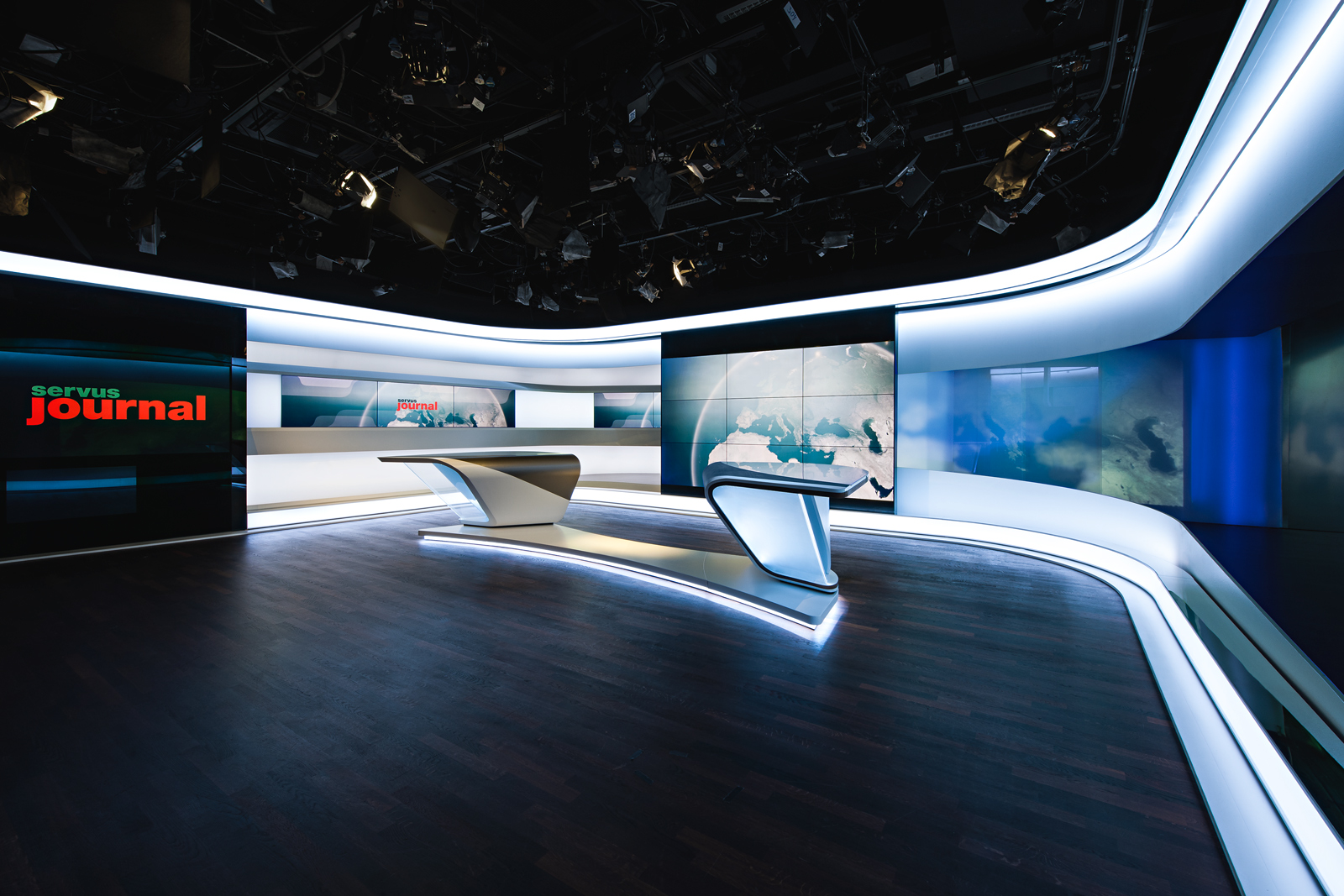 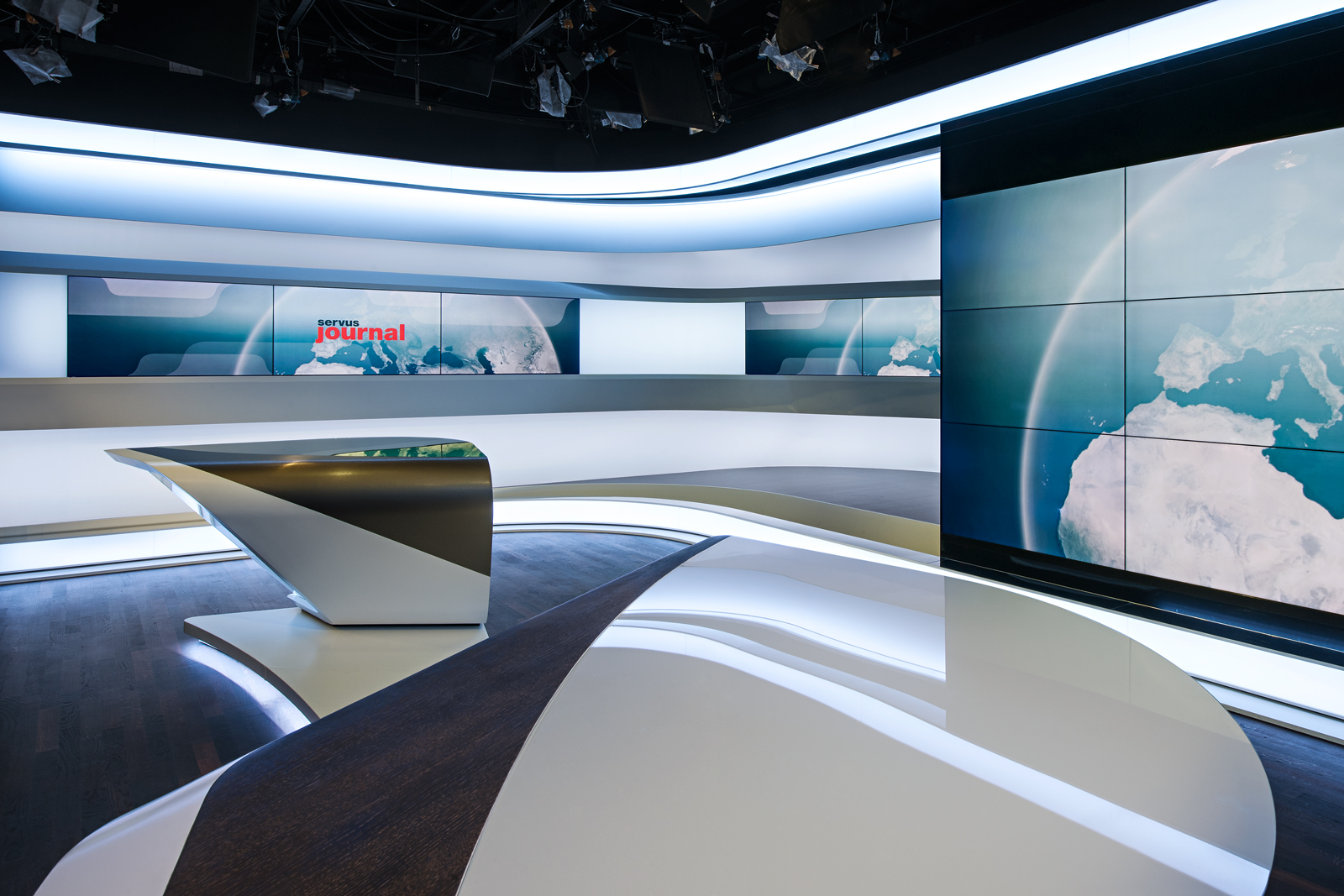 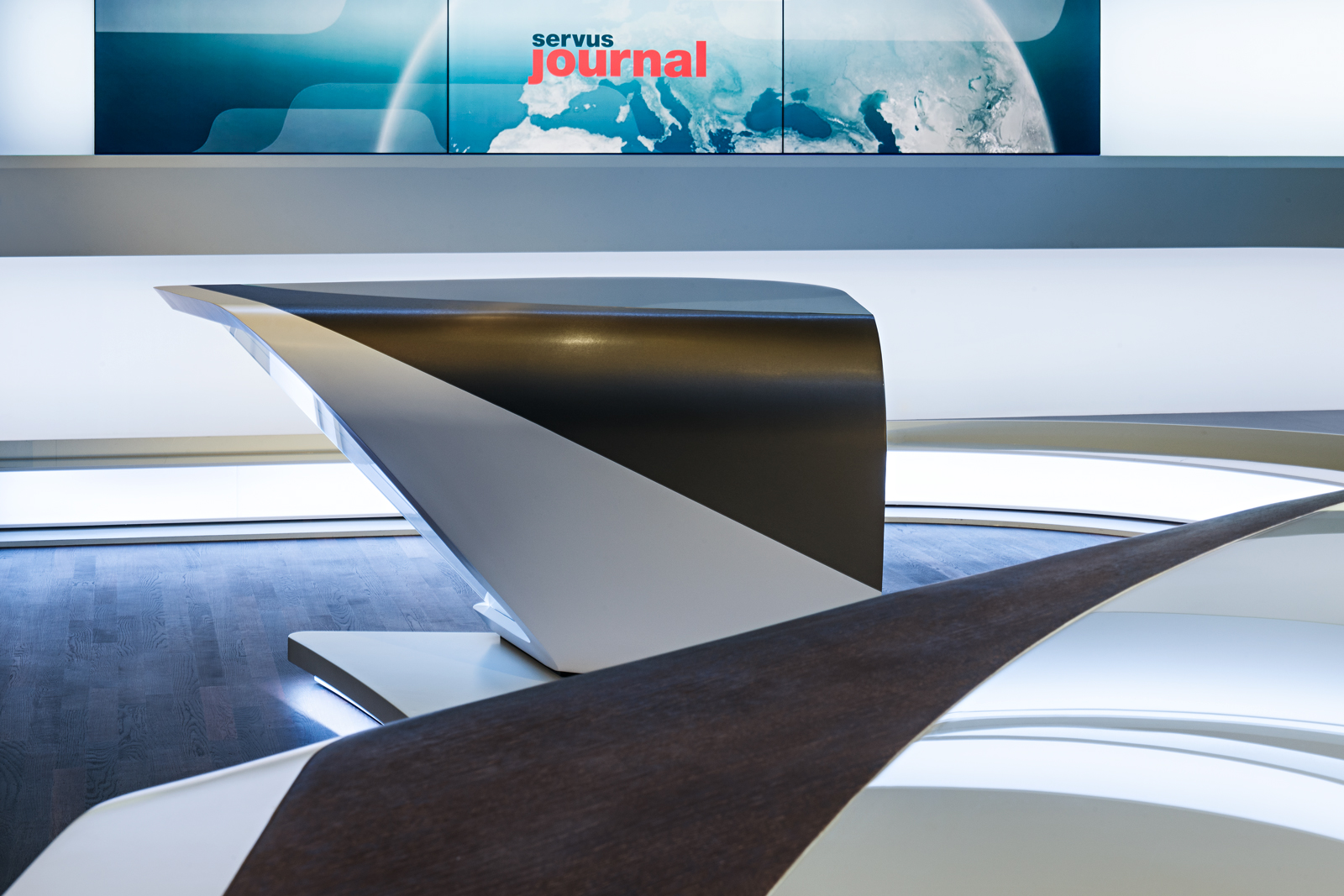 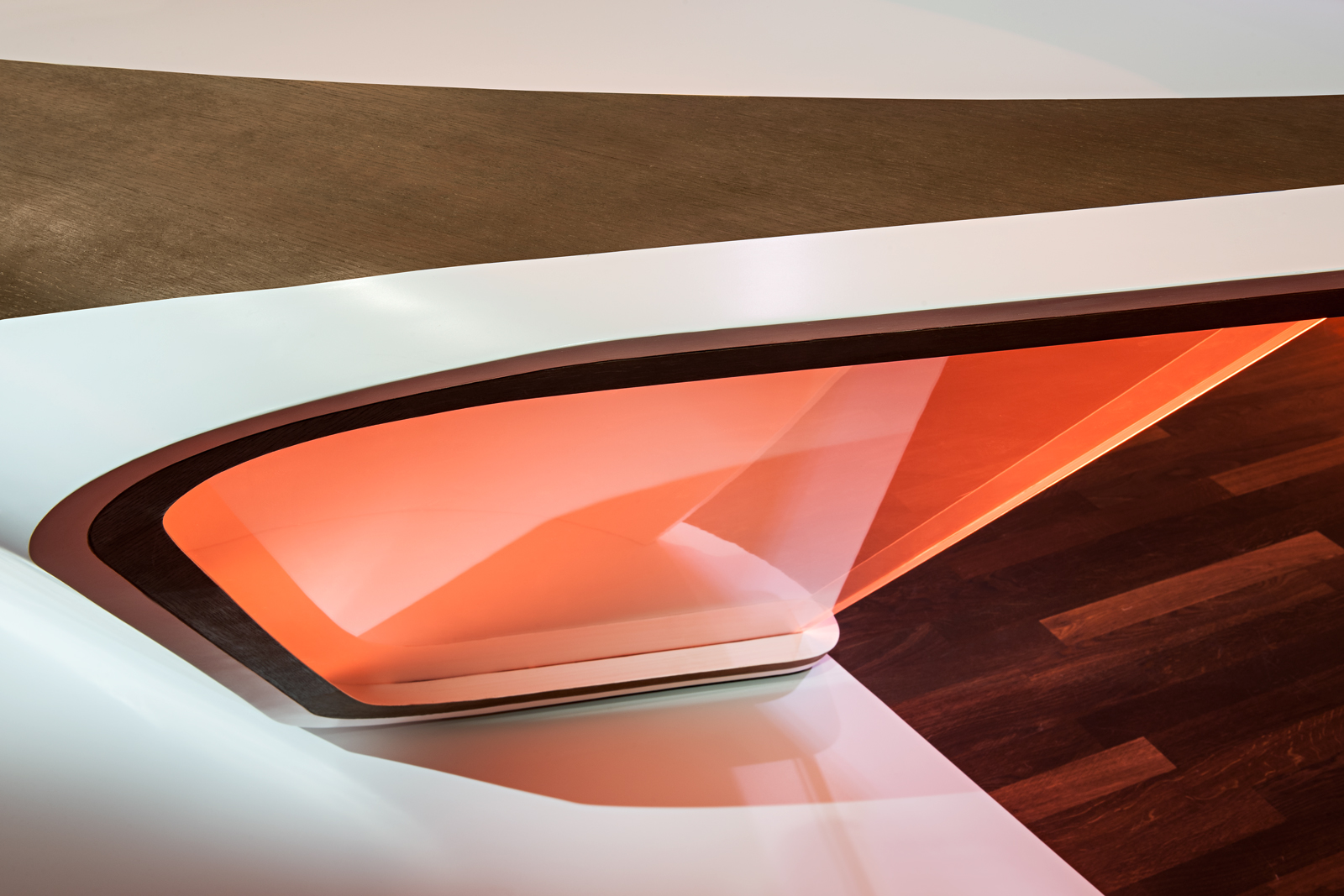 The re-design of the broadcast studio conceived and built by Veech x Veech for Red Bull’s 2009 channel launch of ServusTV targeted the creation of a new identity reflecting the duality of the news program format.

The new ServusTV studio went on the air at the end of April 2015.