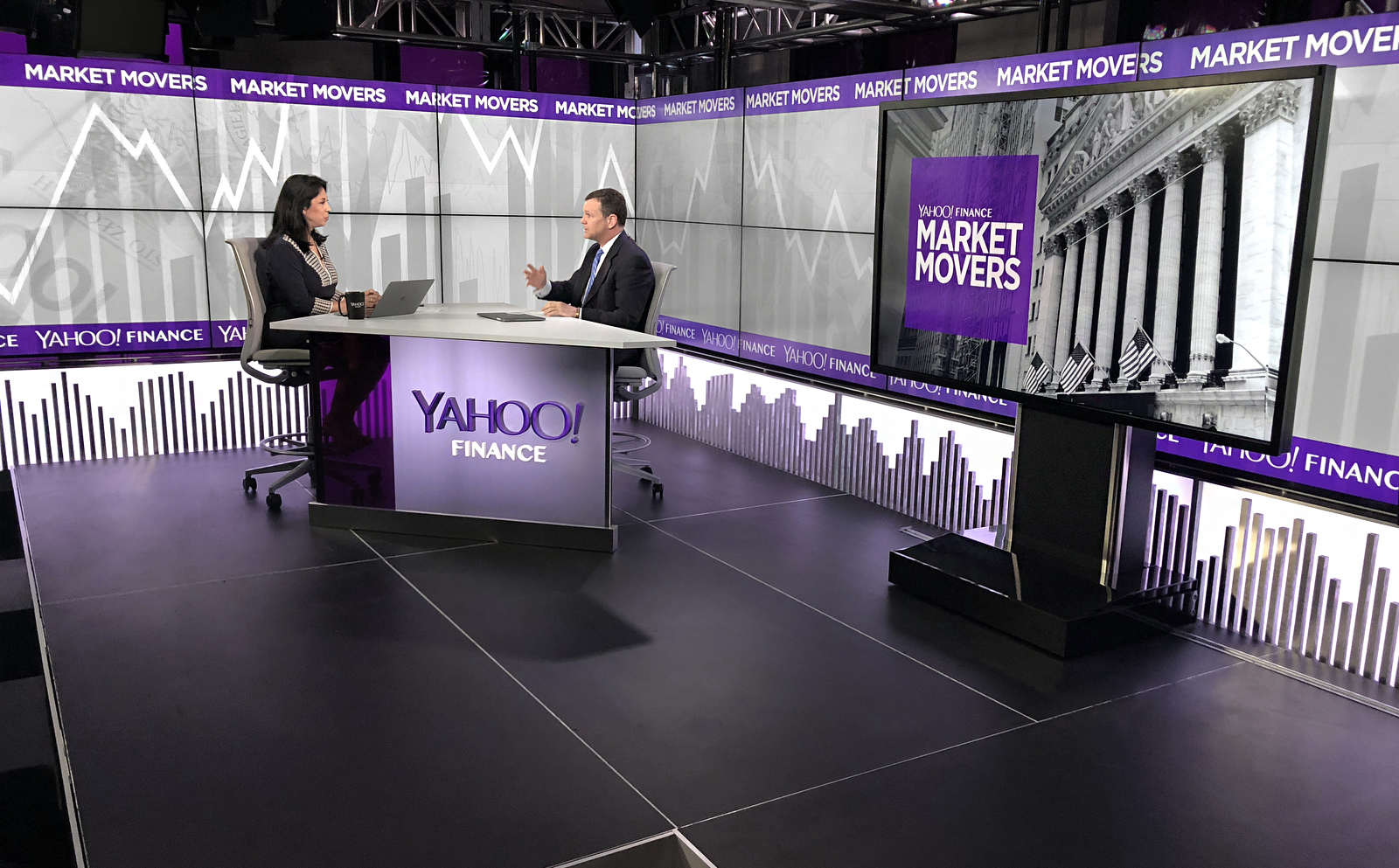 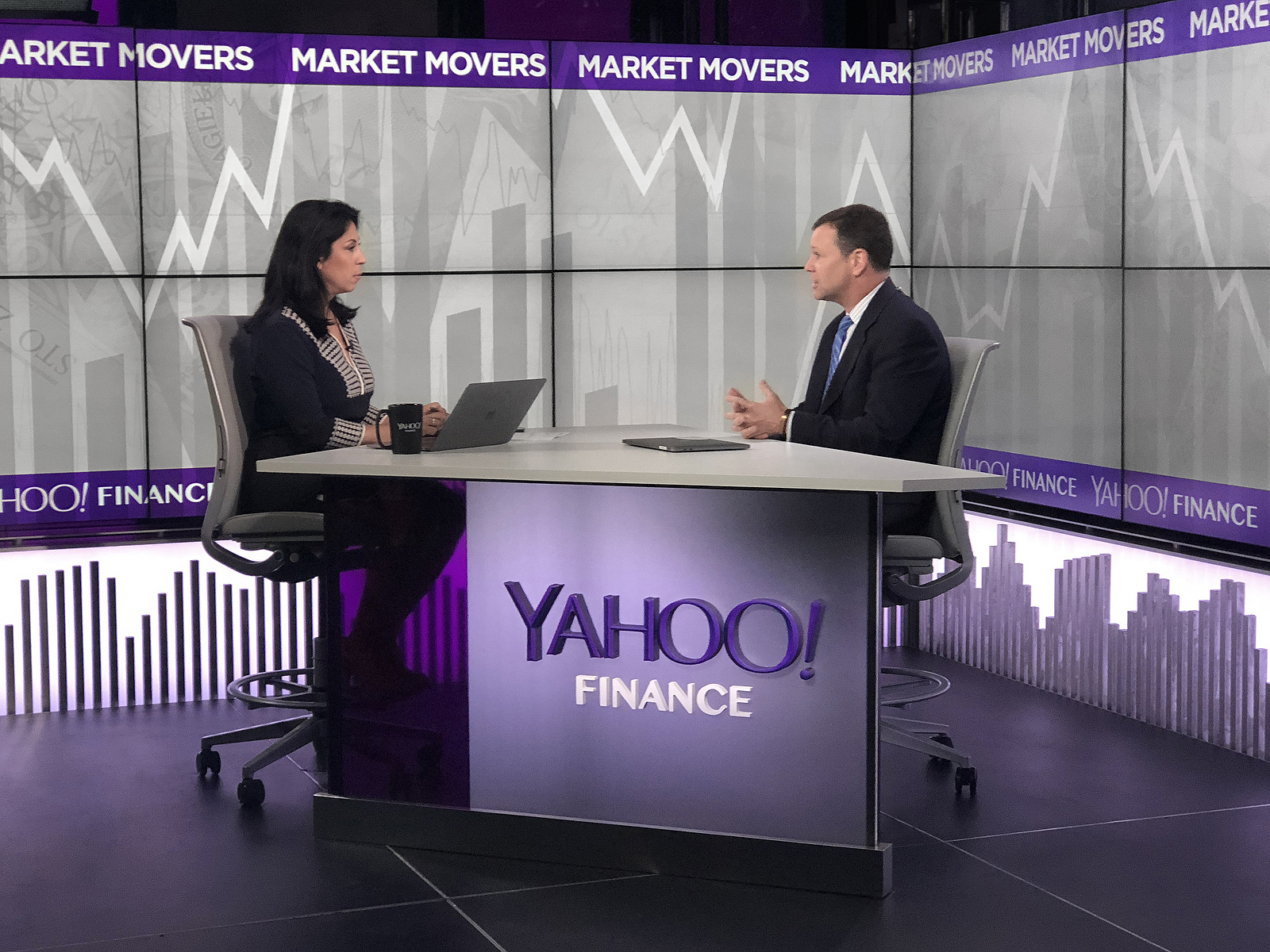 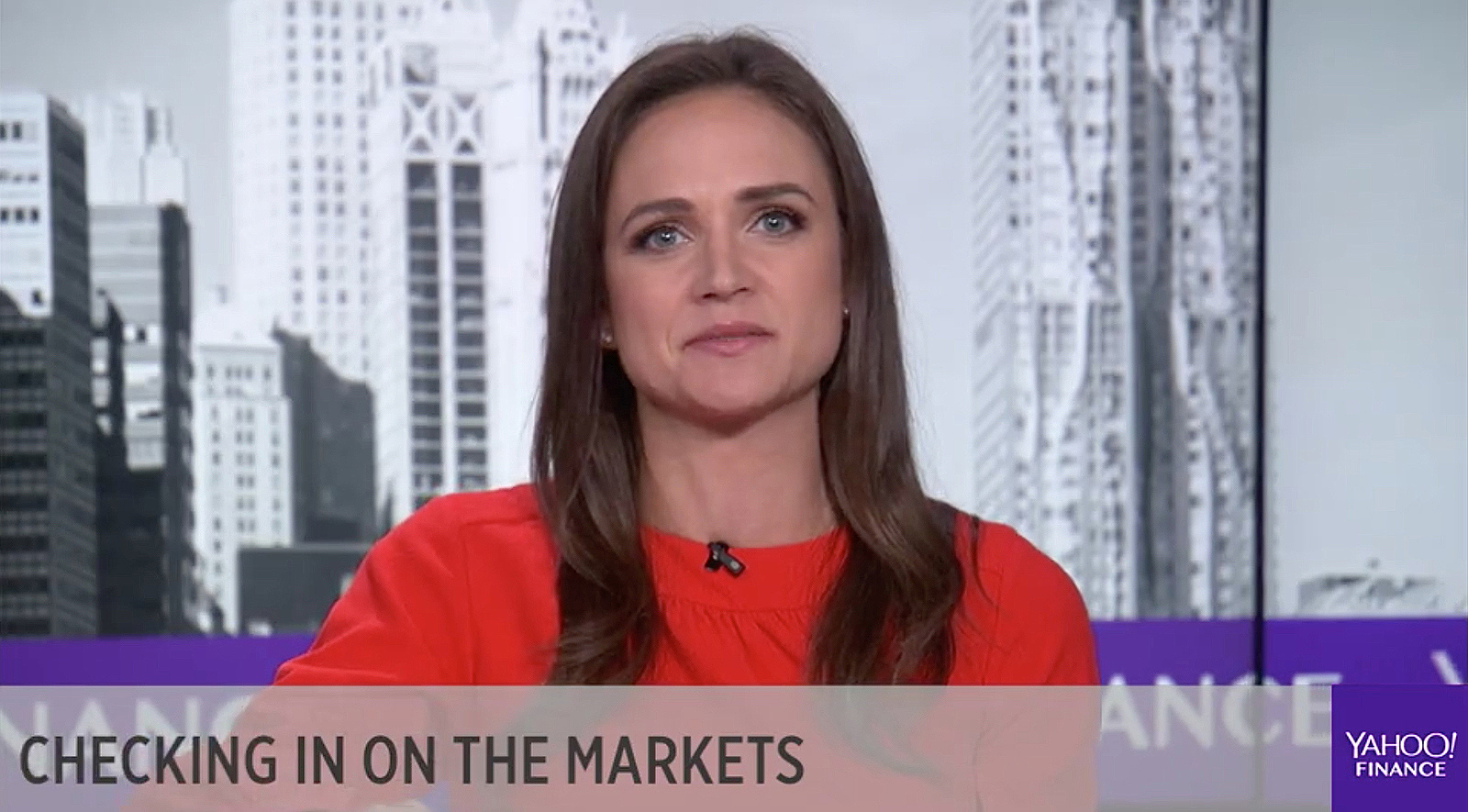 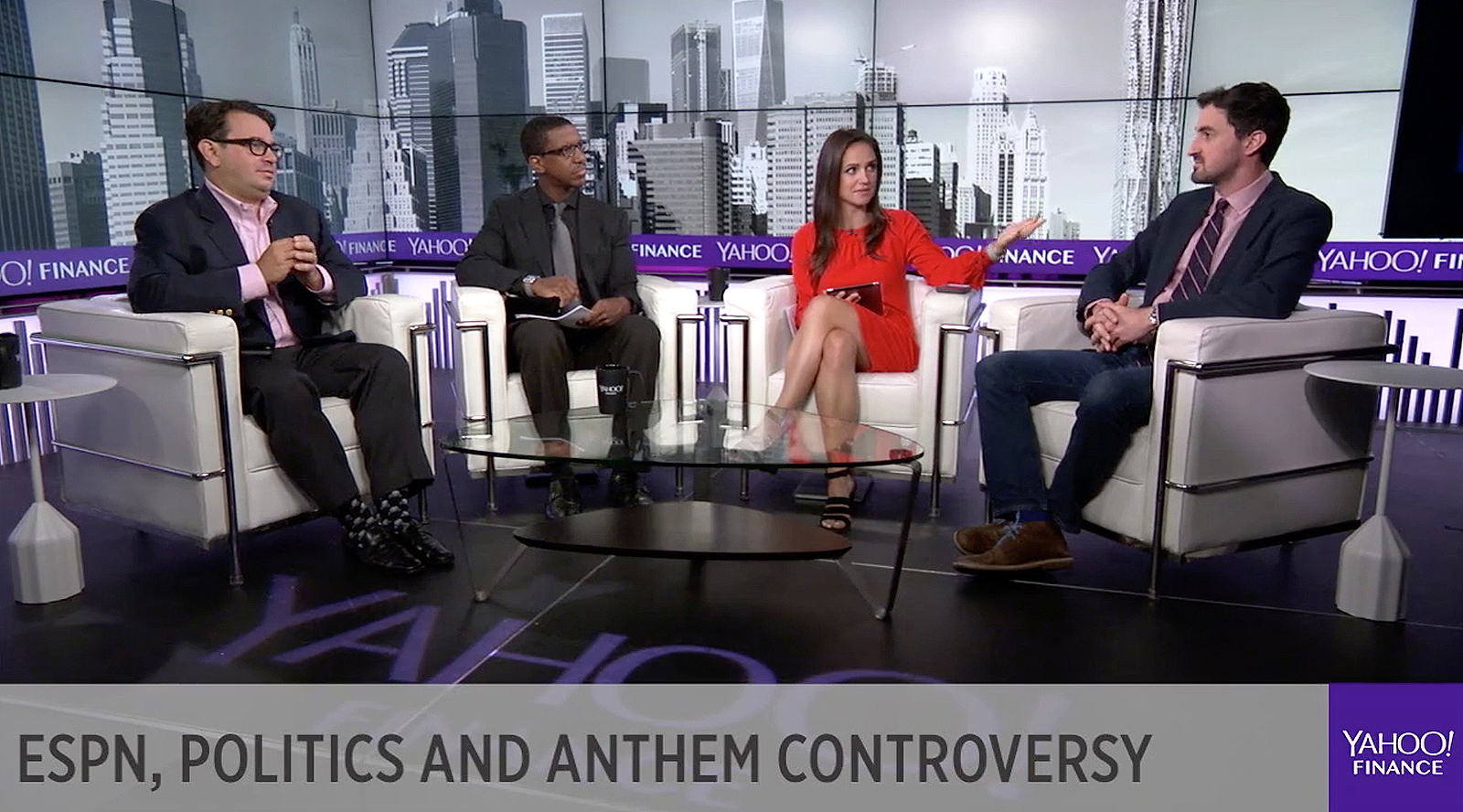 Studio that debuted in August 2018.

Geoff Nelson and Erin Bigelow of the Oath Production Operations team wanted to update their Raw Space Studio to improve the look of it’s five daily Yahoo! Finance broadcasts, while also giving them the flexibility to customize the space for other special programs. It was a fast-track project – less than 3 weeks from concept to execution. Additionally, the client wanted to avoid any interruption in service meaning the old set would be removed on a Friday night at 5PM and the new, fully-lit set would air the very next Monday morning when the markets opened.

Using the client’s existing shooting plan as a template, production designers Eric Siegel and George Allison created a set of long low backlit lightboxes with a foreground column-chart motif emulating the rise and fall of market indices. The lightboxes were topped with a sleek aluminum top rail. Above the lightboxes, VER installed a 2×8 grid of Sharp 60” LCD displays creating a single panoramic video surface that wrapped the studio’s corner. Animations were designed to brand each of the five daily broadcasts.

A lightweight easily-strikeable anchor desk was designed with a colored/diffused modesty panel featuring branding in the Yahoo! style. The studios windows were covered with Solyx Violet film which allows light to enter while gently coloring the lightbox rails.

The studio also utilizes a Planar 84” touch-screen display which was placed on a track to enable it to roll easily on and off the set.