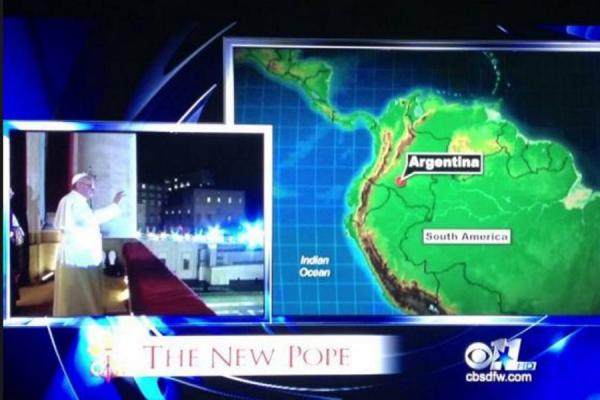 Well, at least they got the continent right.

CBS O&O KTVT-TV in Dallas/Ft. Worth, showed the map above during its coverage of newly elected Pope Francis, attempting to show viewers the location of Argentina.

The problem is, Argentina isn’t even visible on the map. The country pinpointed is actually Colombia, and Argentina lies several thousand miles south out of view.

Oh, and you know how the Pope could tell you about Moses parting the Red Sea? Well, I guess we missed the part about biblical characters relocating the Indian Ocean thousands of miles east into the Pacific Ocean, too.

But apparently KTVT-TV’s graphics department was there for that Sunday School lesson.