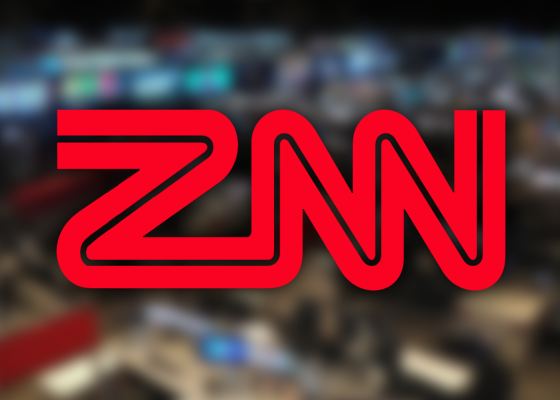 The network will now be known as “ZNN,” short for Zucker News Network.

“I felt this new brand will better connect with my peeps,” Zucker said in a release issued by the network.

In connection with the new branding, the network will also implement a new logo — a modified version of the current red CNN logo, which has sometimes been described as having a distinct likeness to “two snakes fu*king.” In addition to the new name, every CNN show will also be renamed with a lowercase letter “z” at the beginning. The network’s morning show duo will become known as zStarting Point and zEarly Start (pronounced “zart-ing point” and “zer-ly start,” respectively), though these shows are scheduled to be revamped later this spring. Meanwhile, Anderson Cooper’s evening show will become “zAnderson Cooper 360” (“zander-sin”) and Piers Morgan’s eponymous show becomes “zPiers Morgan Live” (no one is quite sure how to pronounce that one).

Insiders say Zucker hopes that ZNN can “own” the letter “z” much like Apple is synonymous with the litter “i.”

Zucker has also ordered an overhaul of all CNN sets to include prominent letter “Zs” everywhere.

“I actually considered naming CNN ‘TNN’ — short for ‘Turner News Network,’ but I thought it would be confusing because my name was on so many other TV channels at the time.”

To see a full photo gallery of the revamped graphics packages and set photos, click here.