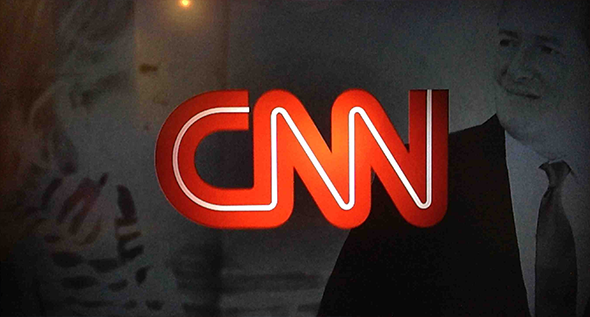 In a continuation of its efforts to emphasize its on air talent, CNN has begun using personality-driven ID-like promos.

These short spots consist of an anchor or host saying “I’m ______ and this … is CNN,” as shown with our friend Piers (sorry we caught you with your eyes closed): The talent are generally seated in a newsroom or similar environment for the first part of the spots, which is followed by an animation transition of vibrant red and white stripes. After this, the network’s iconic logo is set in front of a dark toned background that has the talent’s image subtly blended in to the background. The spots are interesting because they use the famous “This … is CNN” line that was famously voiced by James Earl Jones, but customize it for each anchor.

The strategy could be linked to the “Allow us to Reintroduce Ourselves” multiplatform campaign that CNN began using earlier this year, though it doesn’t share a graphical look with those ads — black is used in place of the icy blue and vertical striples instead of the arrow shaped cutouts.