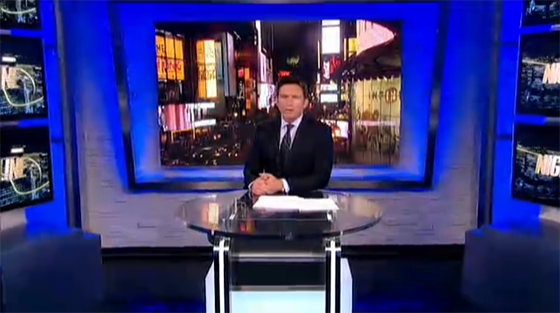 The new space features 6 monitors and a large “window” overlooking Times Square. A modern desk accents the sets clean lines and features a glass top with a backlit section. This new one is sleek, shoots good on air and matches the darker feel of the show.

Update: The new “Nightline” set is located in the same position as it’s predecessor, directly across from the “World News” desk in the main ABC News studio.